ANXIOUS Brits will find out at 11.30am whether they are to be plunged into the toughest Tier 3 of the PM's harsh new coronavirus restrictions.

The Prime Minister will end the national lockdown, as promised, on December 2 – and Matt Hancock will today lay out which areas will be in which Tier. 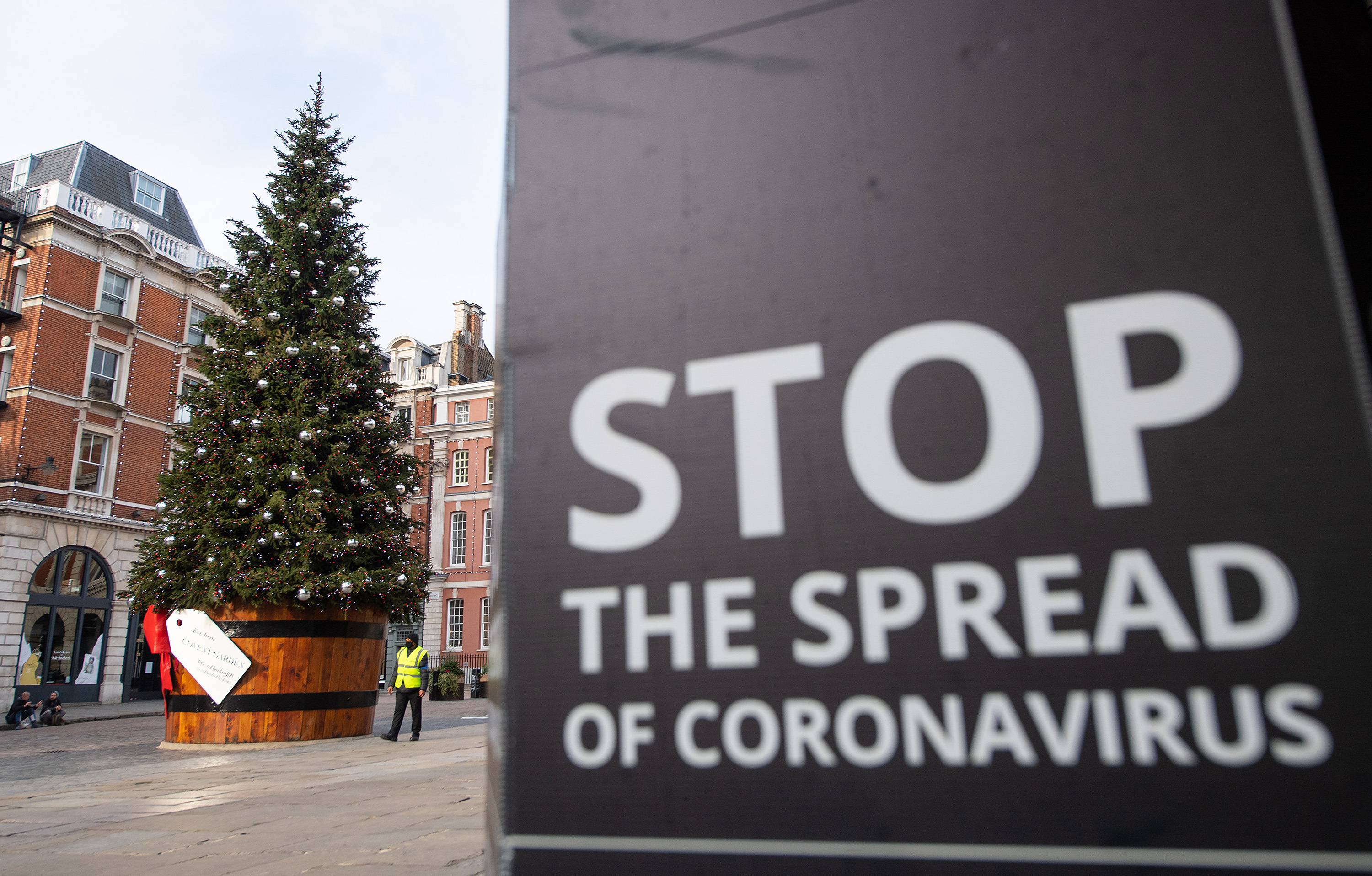 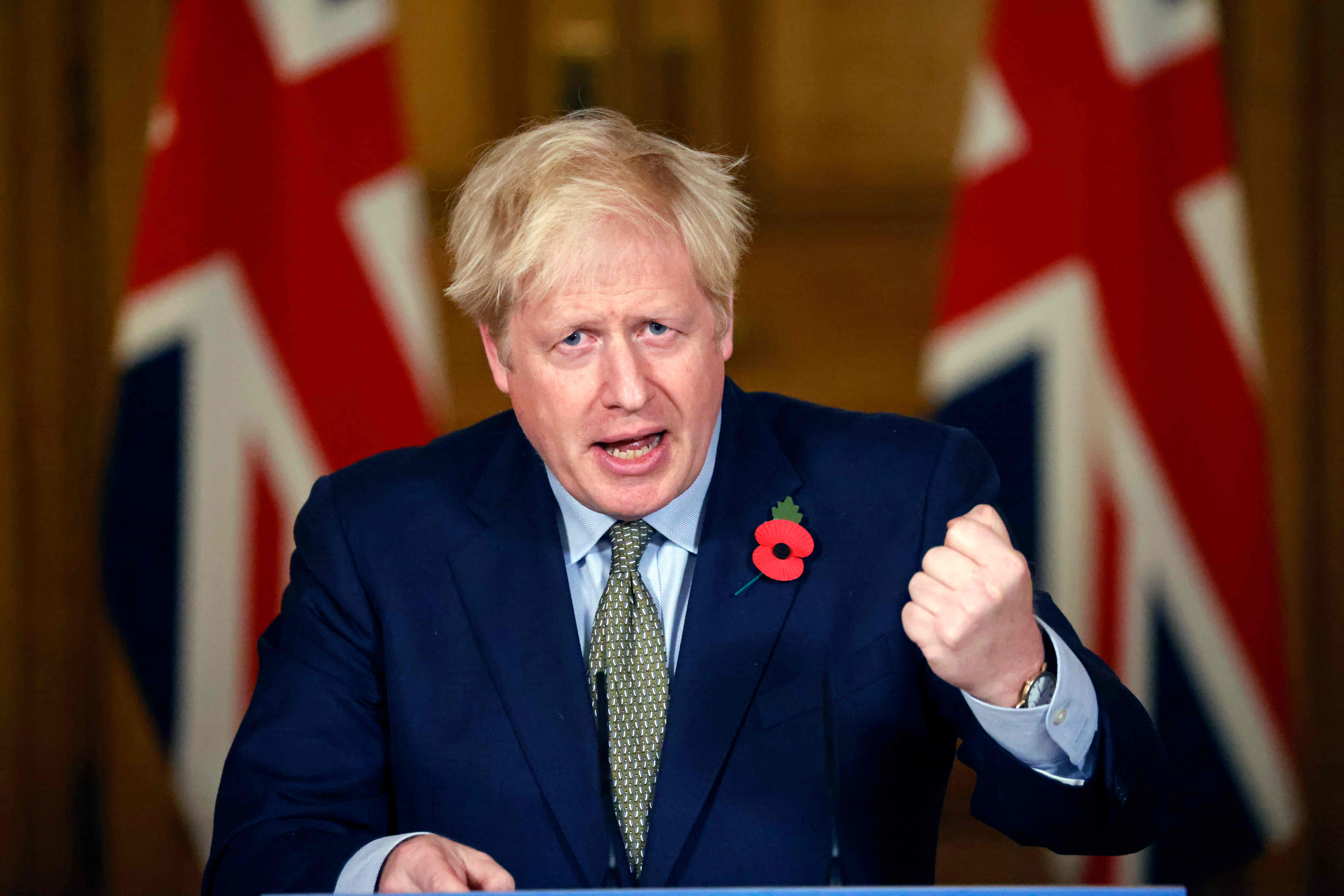 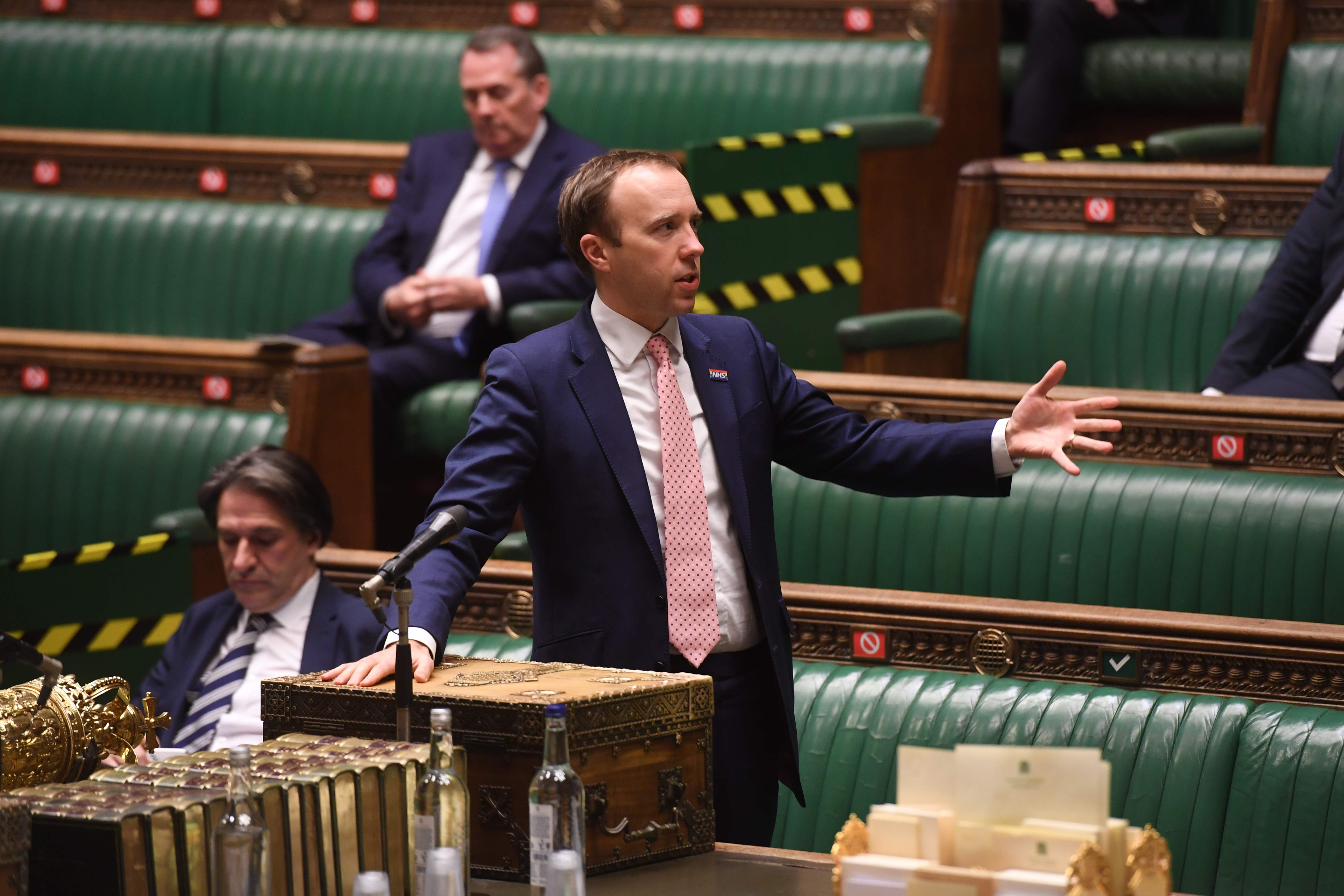 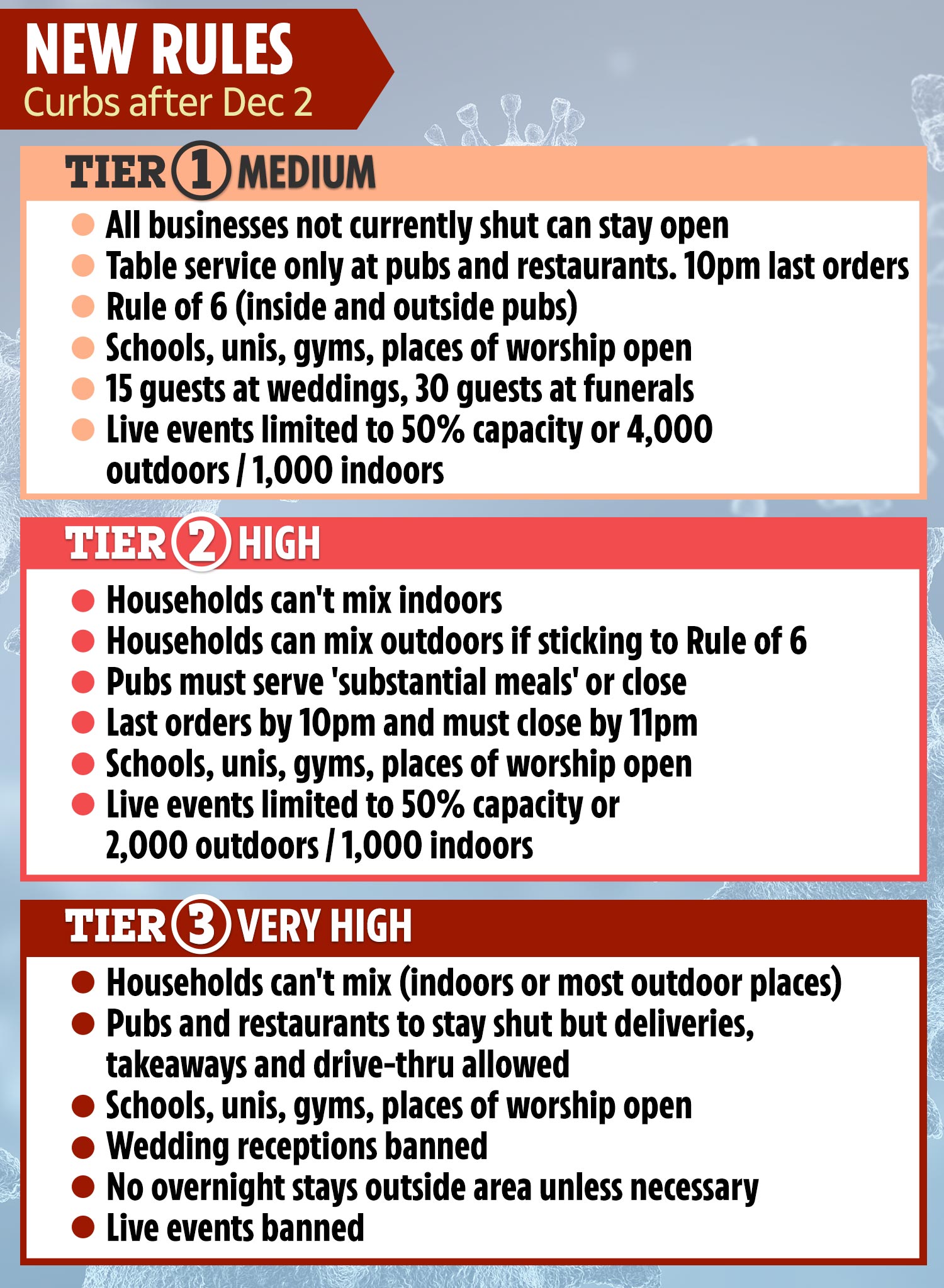 The Health Secretary will make a statement detailing the different Tiers around England – and you can follow it live on The Sun's homepage.

Boris is then expected to address the nation in a press conference this evening.

Earlier this week, Mr Johnson announced each of the new local Tiers have been toughed up to keep coronavirus cases under control.

And he warned "even more" regions will be placed in higher Tiers.

Under the most drastic Tier 3 rules, pubs and restaurants will have to close.

And even in Tier 2, pubs and bars can only stay open if they serve "substantial meals".

But the hated pub curfew has been extended – meaning last orders are at 10pm but Brits have any extra hour to finish their food and drinks.

London and Liverpool look set to be placed in Tier 2, with Manchester due to remain in Tier 3.

The measures will be reviewed on December 16 .

The proposals will be in place until the spring while scientists continue work on approving vaccines.

The new system will mean the toughest restrictions could drag on for regions which had been in the highest levels before the new lockdown began in November.

Previously, areas including Liverpool, Greater Manchester, Warrington in Cheshire and parts of North Yorkshire were in the third tier.

Manchester Mayor Andy Burnham said today he expects to be thrown back into the beefed up Tier 3.

London Mayor Sadiq Khan is fighting hard to keep London in Tier 2, saying the capital's businesses will be decimated if hospitality is forced to close.

The London borough of Redbridge had the highest infection rate in the city with 298 cases per 100,000.

Rates of infection are declining in many of the former worst-hit areas – and new hotspots include Swale in Kent, which currently has the highest rates of coronavirus in England.

Thanet, also in Kent, has made the top 10 after a spike in new cases. 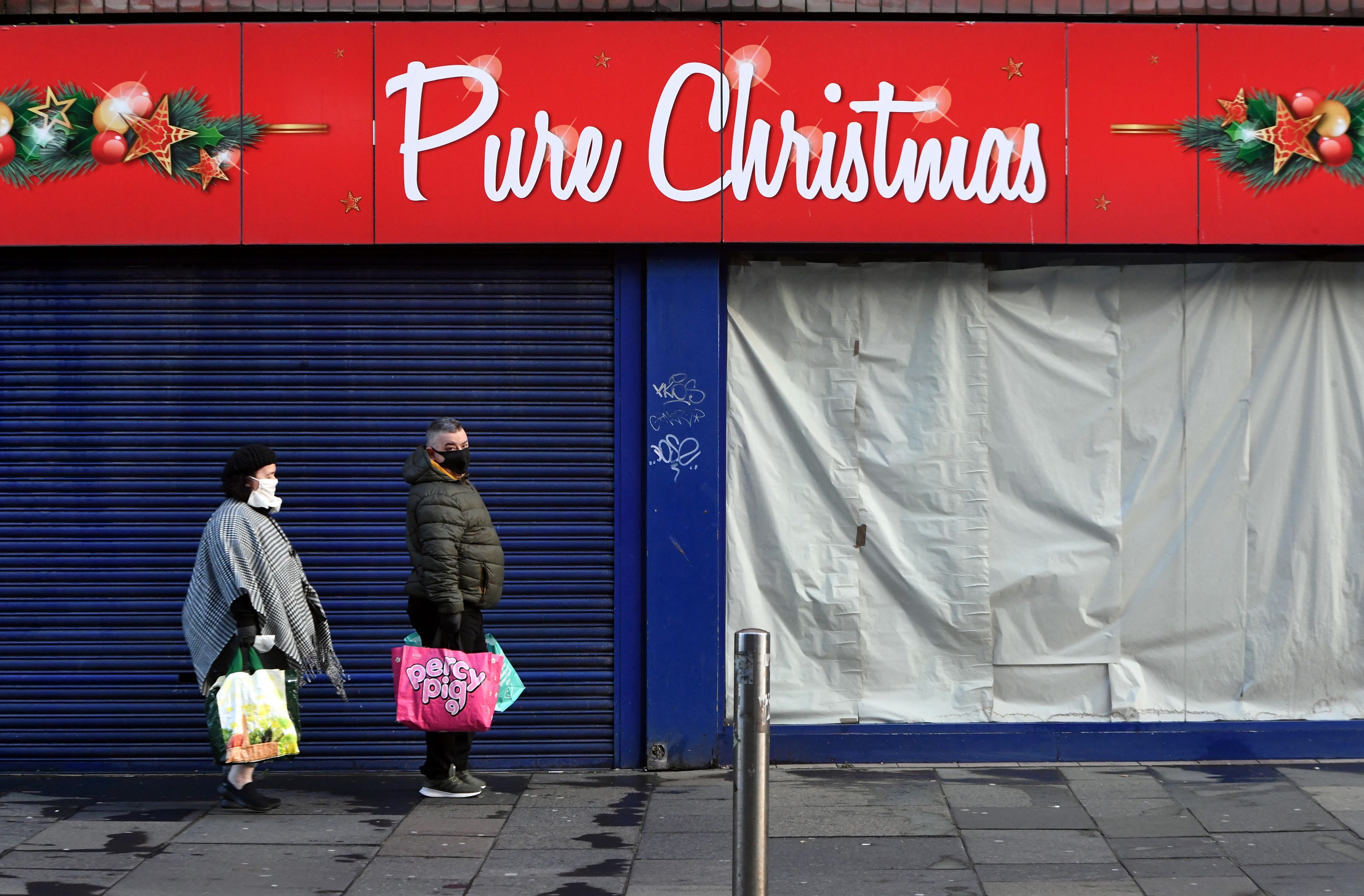 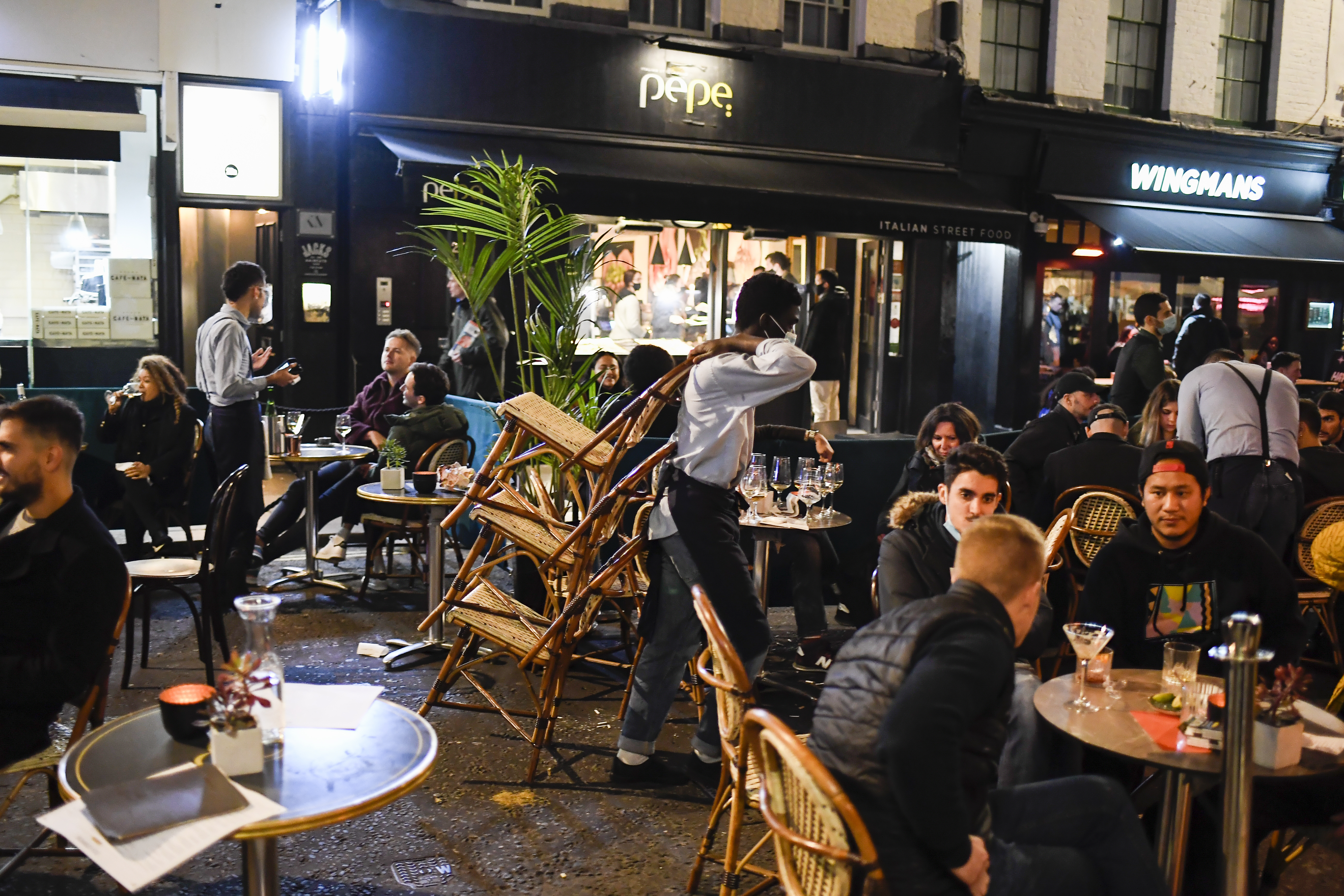 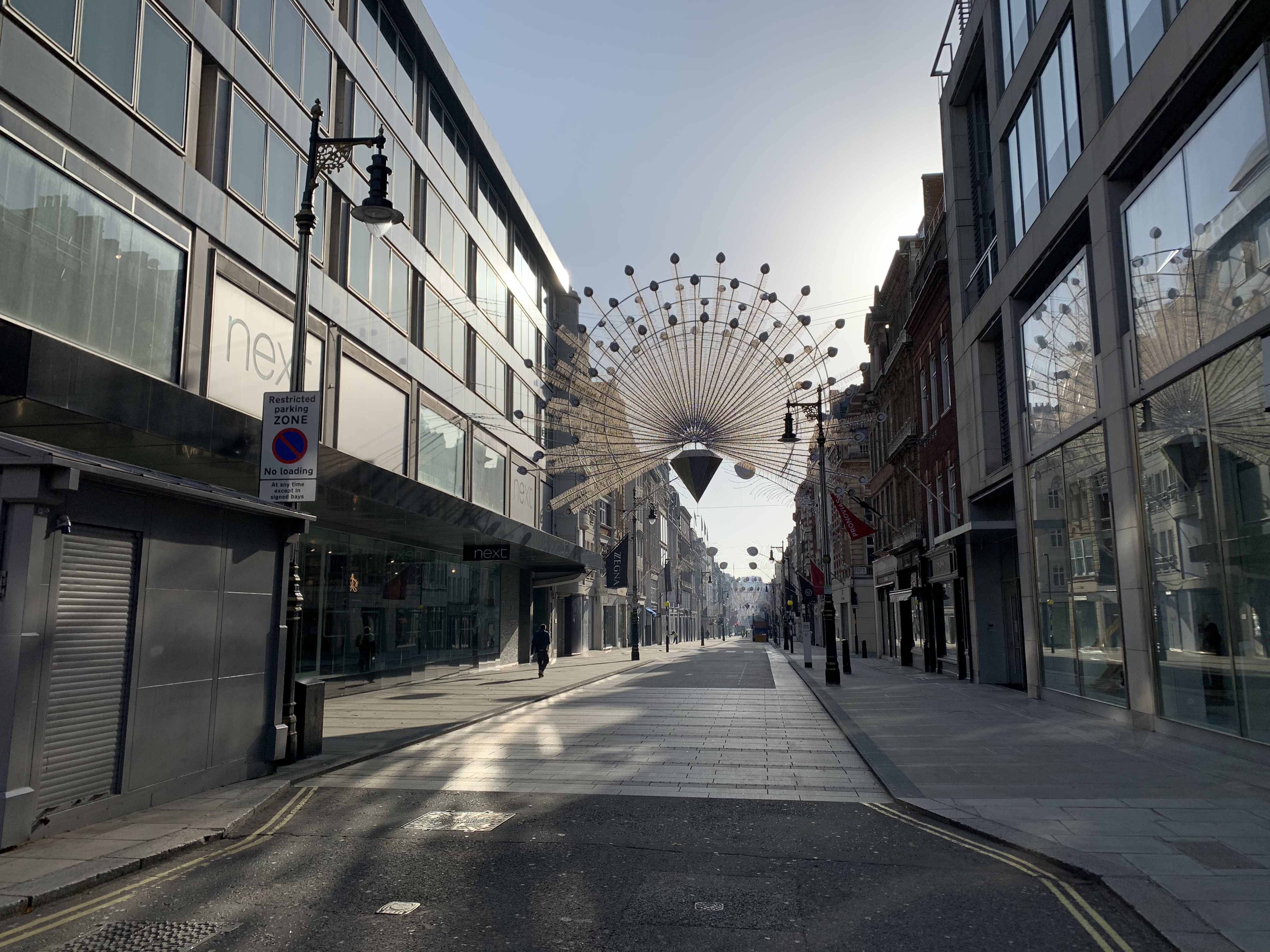 Under the current lockdown, people in England have been told they can only travel for essential reasons, while all non-essential business were shut down.

But the PM said this week that no matter what tier a region is in after December 2 – shops can remain open.

Beauty salons, gyms and hairdressers will also be allowed to reopen in all Tiers.

And all of the Tiers will be partially lifted briefly for five days over Christmas.

People will be able to join "festive bubbles" with a total of three households from December 23 to December 27.

They will be allowed to travel across the UK to see family and loved ones during that period regardless of restrictions.