‘Time is running out’: May holds crunch Cabinet talks on Brexit amid fury that Irish border backstop could keep UK lashed to EU indefinitely – with just ONE WEEK left before no-deal plans must be activated 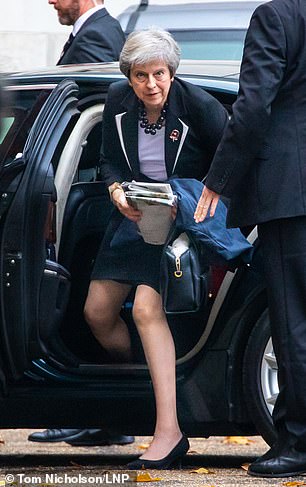 Theresa May is gathering her Cabinet for crunch Brexit talks today as she scrambles to get a divorce deal across the line.

The PM is set to warn ministers that time is running out to strike an agreement with the EU amid bitter wrangling over the Irish border backstop.

Fears have been mounting among Eurosceptics that compromises on the key issue could effectively leave the UK in the customs union indefinitely – giving up many of the benefits of Brexit.

But while Brussels has also made some concessions on a potential review mechanism, it insists that Britain cannot have a unilateral ability to abandon the backstop.

The two sides now have only days left to bridge the remaining gap in order for an EU summit to be called this month that could sign off a divorce agreement.

Mrs May is also expected to remind ministers that they must trigger large scale no-deal contingency plans as early as next week, or risk the UK not being prepared to crash out of the bloc in March.

The Irish border has been the most vexed issue in the negotiations with the EU over the divorce terms.

Brussels had initially demanded that Northern Ireland stays within its jurisdiction for customs and most single market rules to avoid a hard border.

But Mrs May flatly rejected the idea, saying she would not agree to anything that risked splitting the UK. Instead, the government has mooted a temporary customs union for the whole UK.

However, that concept will be fiercely resisted by Eurosceptics who say there must be a time limit.

There would also probably need to be more regulatory checks between mainland UK and Northern Ireland to protect the single market. Some already take place, but they could be dramatically stepped up – potentially creating a huge flashpoint with the DUP.

Brussels now appears to be prepared to do a UK-wide backstop in the divorce deal and is drawing up an ‘independent’ mechanism, which could involve arbitration on whether the terms are working and being honoured.

But Mrs May is facing a Tory mutiny on the final sticking point in talks – with Brexit Secretary Dominic Raab insisting the UK should be able to leave the customs union unilaterally within three to six months if the backstop kicks in.

In a hastily-arranged phone call yesterday, Irish PM Leo Varadkar told Mrs May he would consider a ‘review’ mechanism for the backstop – but he said the UK would not be allowed to scrap it unilaterally. 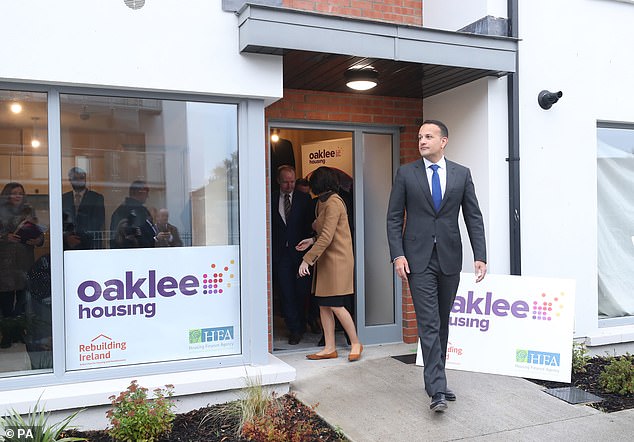 Irish PM Leo Varadkar (pictured on a visit in Dublin yesterday) told Mrs May he would consider a ‘review mechanism’, but it could not be ended by a ‘unilateral decision’ 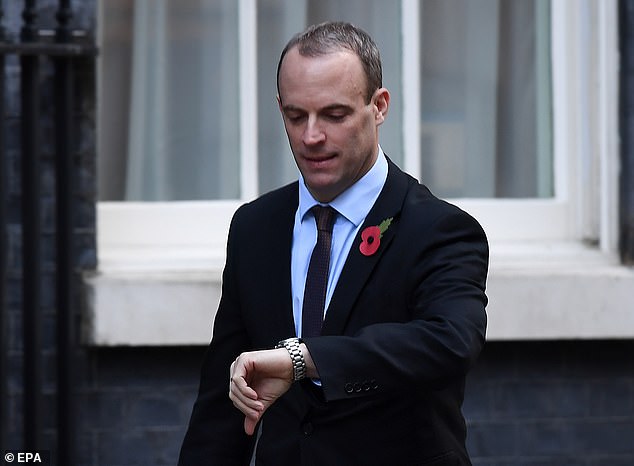 A statement from the Dublin government said Mr Varadkar indicated ‘openness to consider proposals’ – but only on the basis that the ‘outcome of any such review could not involve a unilateral decision to end the backstop’.

In inflammatory comments to reporters later, Mr Varadkar also branded the UK a ‘divided kingdom’ and said that was making the talks more difficult.

What is the final issue in the Brexit talks?

Theresa May insists the Brexit deal is 95 per cent done – but the final issue of the Irish border backstop may be the hardest part.

The backstop sets out what will happen to the Irish border if the Brexit transition ends before a final UK-EU trade deal is in place.

Transition is currently due to end in December 2020.

The EU is still insisting that in the absence of a full trade deal, Northern Ireland should stay in the EU customs union while the rest of the UK leaves to ensure the Irish border remains open.

Mrs May has flatly rejected the idea, saying she would not agree to anything that risked splitting the UK.

Instead, the government has mooted a temporary customs union for the whole UK.

There would also probably need to be more regulatory checks between mainland UK and Northern Ireland to protect the single market.

Some already take place, but they could be dramatically stepped up – potentially creating a huge flashpoint with the DUP.

Brussels now appears to be prepared to do a UK-wide backstop in the divorce deal – but insists it must be robust and the UK could not exit it unilaterally.

A message posted by Mr Varadkar’s deputy Simon Coveney making the same point earlier was retweeted by EU negotiator Sabine Weyand, as Brussels ratcheted up pressure on Mrs May.

The tough talk from Ireland came as shadow chancellor John McDonnell confirmed Labour would not support a temporary customs union with the EU.

Asked if Labour would vote against a customs union option unless it was permanent, Mr McDonnell told BBC2’s Newsnight: ‘Yeah, I think so, because… we’ll see what she comes back with and we will be straight and honest with people, if it doesn’t protect jobs and the economy we can’t support it.

‘All the messages that we get back over this whole period is that our European partners desperately want what we want – a deal that will protect their jobs and their economies in the same way that we want to.

‘So, we think there’s a deal to be had if they recognise that the deal is unacceptable to Parliament, I think that opens up a vista of the opportunity of the real negotiations.’

Justice Secretary David Gauke told a Channel 4 Brexit debate show: ‘If we leave on no-deal terms there’s no good shying away, it will be very bad for us economically.

‘If we can get a good deal, and that means removing all the frictions…. the Chequers-type deal, as I say, if we don’t have friction with trade, then, economically, I don’t think it’s going to make a particular big difference one way or the other.’

Meanwhile, a Survation poll of 20,000 people for Channel 4 estimated Remain would win another in/out referendum by 54 per cent to 46 per cent.

Using a ‘multi-level’ modelling technique, the broadcaster said 105 local authority areas that voted Leave in 2016 would now be carried by the Remain side. 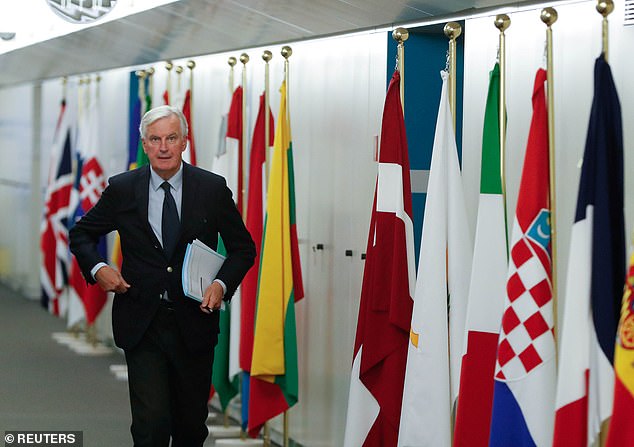