Ms Gottemoeller said she has been monitoring Vladimir Putin and his propagandists’ behaviour since the start of the invasion as she admitted to fears Russia will “strike back in unpredictable ways.” She explained where the Russians may strike in Ukraine, warning that one may take place at a Ukrainian military facility or the Black Sea. Due to Ukraine’s success in recapturing areas previously occupied by Russian forces, experts are warning of possible retaliation from Putin.

Ms Gottemoeller told BBC Radio 4’s Today programme: “Well I have to say as an expert on Russia and watching very closely how President Putin and his coterie have been behaving during this crisis, I fear that they will strike back now, in really unpredictable ways.

“And ways that may even involve weapons of mass destruction.”

Ms Hussain said: “Really! a nuclear strike of some kind?”

Ms Gottemoeller added: “Yes, and I want to stress that I don’t believe the Russians will implicate their central strategic systems, their intercontinental ballistic missiles, or submarine-launched missiles that would strike at the United States.

JUST IN: ‘Got to come together’: Kate’s sweet words as Prince William and Harry reunited 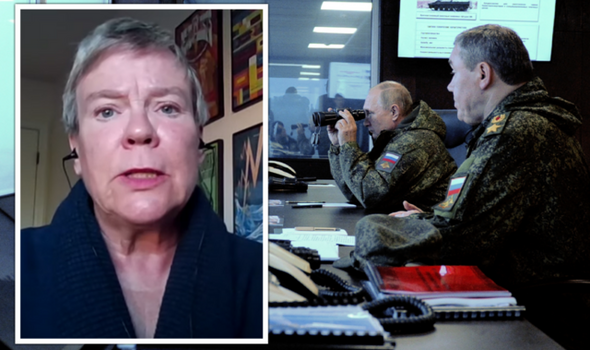 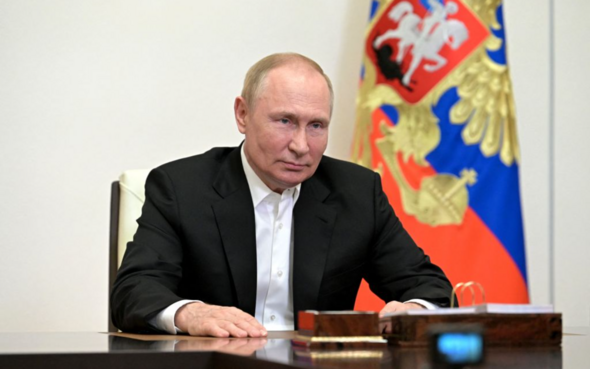 “But we’ve been concerned from the outset of this crisis with Putin rattling the nuclear sabre, that he might put in play a nuclear demonstration strike.

“Either a single strike over the Black Sea or perhaps a strike at a Ukrainian military facility in order to strike terror, not only into the hearts of the Ukrainians but also the global partners of allies of Ukraine who have been supporting Ukraine.

“The goal would be to try to get the Ukrainians in their terror to capitulate.

READMORE: Russian soldiers ‘literally running’ for their lives as chain of command collapses

Ukraine’s military has been retaking Russian-occupied zones such as Izyum.

“And other reports have claimed that up to 6,000sp km of land has been retaken.

Putin has been warning countries that he would use nuclear forces if he needed to.

Military experts have warned that if Russia comes close to losing, Putin may detonate a nuclear weapon on Ukraine. 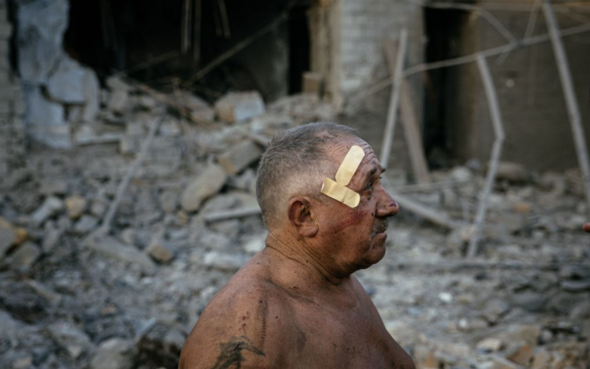 Mr Cross told Times Radio: “I think the most worrying thing is that Russian doctrine for defending Russian-occupied territory includes the use of tactical nuclear weapons. There’s no doubt at all that that’s an option.

“I still am pretty reluctant to believe that Russians would use tactical nuclear weapons but it is nonetheless part of their doctrine, and if they feel they are under threat then they would perhaps be prepared to use it.

“Of course, if they use the attacks on Russian-occupied territory to declare this a ‘Russia is under attack we need to mobilise’ situation, that could ramp up their response in terms of the size of their military and its capability.

“They are also thinking of how they are going to counter the long-range artillery systems that the Ukrainians have got.”