Theresa May is braced for a fresh backlash from Tory Remainers today as she unveils concessions on giving Parliament control over a final Brexit deal.

The Prime Minister will attempt to defuse rampant tensions by tabling a compromise amendment to the flagship EU Withdrawal Bill.

But the changes might not be enough to satisfy rebels – who have been threatening to force provisions for a ‘meaningful vote’ in Parliament on to the legislation.

Mrs May delivered a stark warning yesterday that MPs must not be allowed to ‘tie the hands’ of the government in Brexit negotiations. 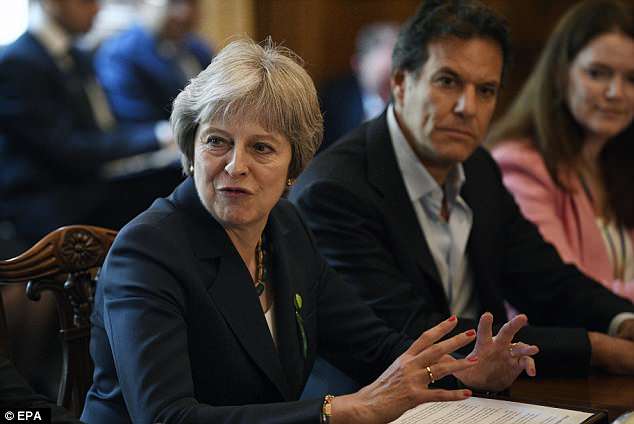 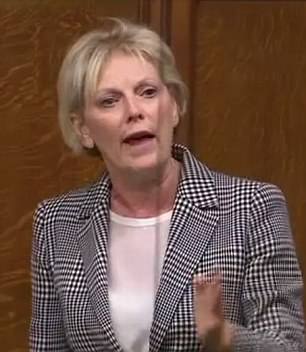 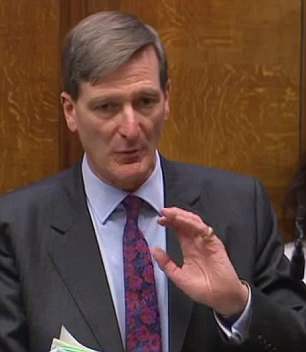 Tory Remainers including former ministers Dominic Grieve, Anna Soubry and Nicky Morgan insist the PM gave them a ‘personal assurance’ that their concerns would be addressed during a convoluted showdown in the Commons on Tuesday night.

But challenged by Brexiteer Jacob Rees-Mogg at PMQs yesterday, Mrs May said she would defend the ‘separation of powers’ between the executive and the legislature.

‘I cannot countenance Parliament being able to overturn the will of the British people.’

She said the fresh amendment to the flagship Brexit Bill would spell out how ministers would be ‘accountable’ to MPs and peers.

The government escaped without further trouble in the House last night as an amendment demanding customs union membership was defeated.

Mr Rees-Mogg told Newsnight that the concessions sought by Tories including Mr Grieve would ‘gum up’ negotiations with the EU.

He added: ‘Can you imagine: the Government goes off to Brussels and says ‘we can only discuss these three things because these are the only ones that have been covered by a House of Commons resolution’.

‘The EU says no, it goes back to the Commons, a week passes, another resolution has passed, it means nothing has happened.’

He added that he would not support – or table – a vote of no confidence in the Prime Minister and he ‘expected’ her to get a good deal out of the EU.

Labour divisions on Brexit erupted again last night in a vote on whether Britain should stay in the EU single market – the European Economic Area (EEA).

Despite Jeremy Corbyn trying to avert a revolt by ordering his MPs to abstain on the issue, the party split three ways and six frontbenchers quit.

Laura Smith stepped down as a junior shadow cabinet office minister to vote with the Government, saying ‘remaining in the EEA is not the right way forward for our country’. 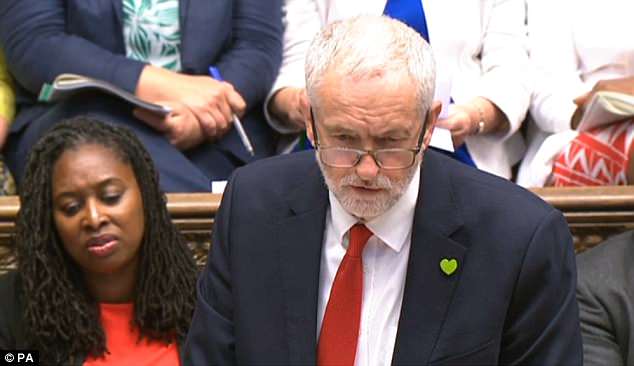 But five parliamentary private secretaries (PPS) voted in favour of the EEA amendment; Ged Killen, Ellie Reeves, Tonia Antoniazzi, Anna McMorrin and Rosie Duffield, with all but Ms Duffield announcing their resignation before the vote.

The plan was comfortably defeated by the government.

Trying to put a brave face on the divisions afterwards, Mr Corbyn said: ‘I understand the difficulties MPs representing constituencies which voted strongly for Leave or Remain have on the EEA amendment to the EU Withdrawal Bill.

‘The Labour Party respects the outcome of the EU referendum and does not support the EEA or Norway model as it is not the right for option for Britain.’

The Conservatives said the resignations showed that Mr Corbyn ‘can’t lead his own party let alone our country through complex Brexit negotiations’, while Lib Dem leader Sir Vince Cable accused him of being ‘completely defunct as an Opposition Leader’.