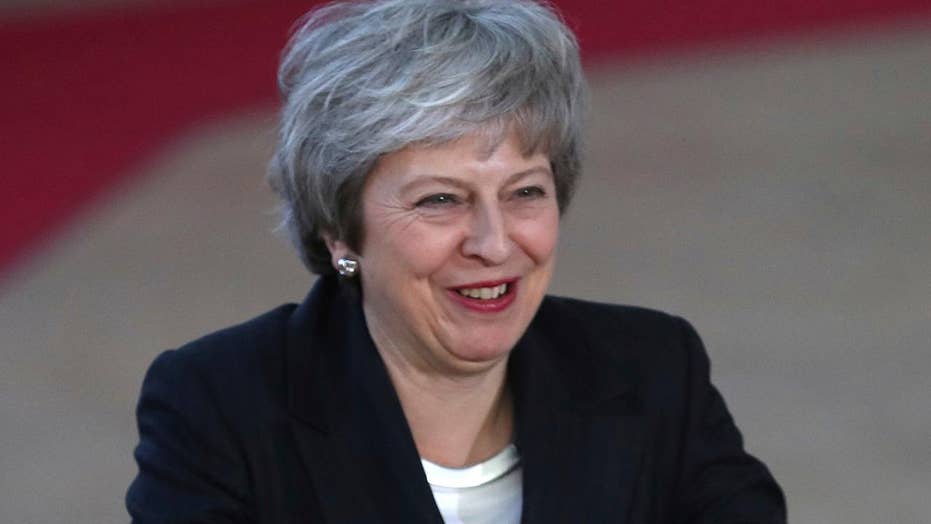 British Prime Minister Theresa May slammed one of her predecessors for his comments about a potential new vote as the fate of Brexit remains uncertain.

May, who recently survived a no-confidence vote in Parliament, said Tony Blair was "undermining" Brexit talks by calling for a second referendum.

According to the BBC, Blair said British lawmakers might back another vote if "none of the other options work."

"Far from being anti-democratic, it would be the opposite, as indeed many senior figures in her party from past and present have been saying," he said.

Last week, a group of Labour ministers of Parliament met with David Lidington, who works for May, to argue that another public vote is necessary.

However, the British government is against another vote, having long said that the public made a clear choice to leave the European Union in the 2016 referendum.

The BBC's politics correspondent noted the "anger" in May's rare rebuke of Blair.

"For Tony Blair to go to Brussels and seek to undermine our negotiations by advocating for a second referendum is an insult to the office he once held and the people he once served," May said.

She added: "We cannot, as he would, abdicate responsibility for this decision.

On Sunday, Irish Foreign Minister Simon Coveney said that Britain will have to delay its departure from the EU or rescind its exit notification "for the moment" if the country wants to draft an "entirely new" Brexit proposal.

May's chief of staff, Gavin Barwell, batted down reports that he told colleagues another referendum was needed, saying on Twitter:

"Happy to confirm I am not planning a 2nd referendum with political opponents (or anyone else, to anticipate the next question)."

Meanwhile, the Daily Mail reports that motorists could face charges of 5.50 euros ($6) to drive in France, Spain and elsewhere under a No Deal Brexit plan being drawn up.