Theresa May today slapped down Jeremy Hunt and Boris Johnson for slamming businesses which have issued dire warnings over Brexit.

The Prime Minister told a CEO summit in London that businesses ‘create wealth’ and she will ‘always listen to you’.

Her words come after two of her most senior ministers sparked fury by trying to order businesses to keep quiet about their concerns of the looming departure.

Mr Johnson, the Foreign Secretary, reportedly said ‘f*** business’ when asked about their fears on Brexit at a Foreign Office reception last week.

And Mr Hunt, the Health Secretary, piled in at the weekend telling Airbus its gloomy warnings it could axe jobs if the UK crash out of the EU without a deal risks undermining the PM in the talks. 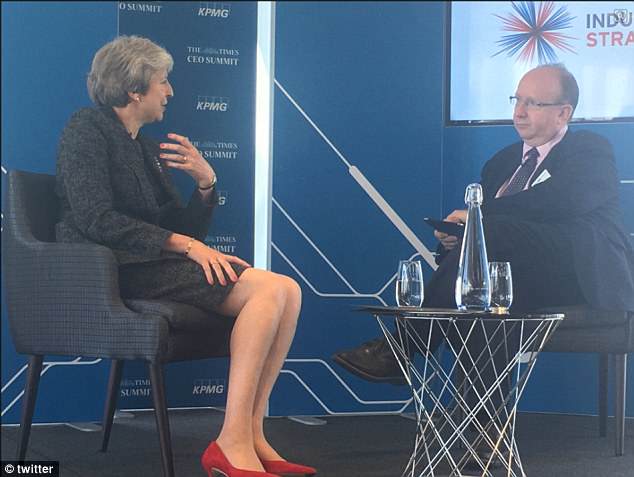 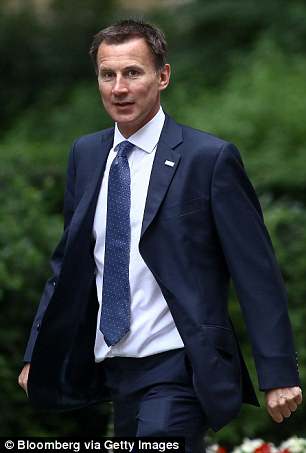 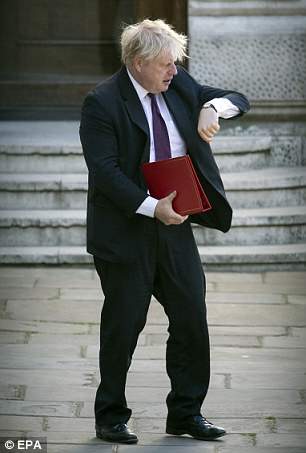 Health Secretary Jeremy Hunt (pictured, left, earlier in the month in Downing Street) and Boris Johnson (pictured, right, today heading to Cabinet at No10) have both criticised businesses over their gloomy Brexit warnings in recent days

But speaking in London today, the Prime Minister tried to calm business jitters over her Brexit plan and reassured leaders that their concerns will be listened to.

She told the meeting: ‘You create the wealth and the jobs … a Conservative government will always listen to you.’

Asked directly about Mr Johnson’s alleged remarks, she said: ‘Business is at the heart of how we are going to develop this country.’

Her slap down comes a day after Business Secretary Greg Clark warned his Cabinet colleagues that Airbus  has a ‘right to be heard’ as Tory Brexit infighting escalated.

It comes amid a raging row over the government’s negotiating strategy.

Answering questions from MPs in the Commons, Mr Clark said the aerospace giant’s warning on the consequences of ‘no deal’ was ‘completely consistent with what every part of the industry has been saying’. 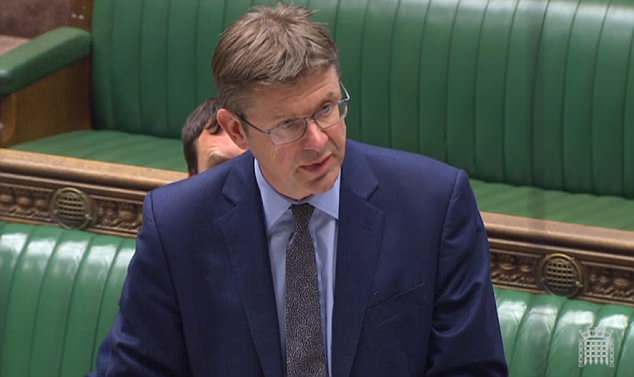 In a statement to MPs, Greg Clark said the aerospace giant’s warning on the consequences of ‘no deal’ was ‘completely consistent with what every part of the industry has been saying’ 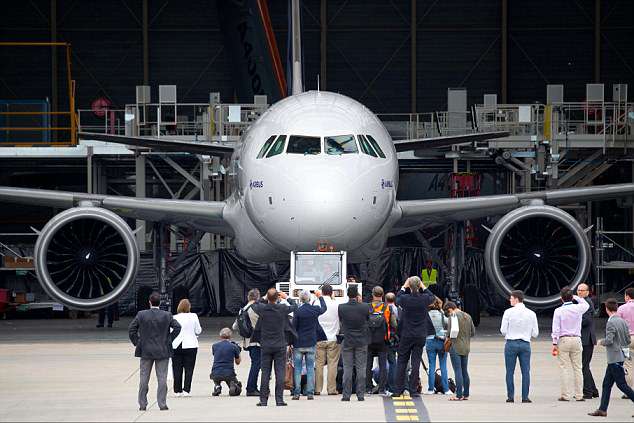 Airbus said it was ready to pull out of the UK if there is no Brexit deal with the EU. Pictured is the unveiling of an A320 jet in 2014

Mr Clark said that businesses that employed large numbers of people and boosted the economy were ‘entitled to be listened to’.

‘They have a right to be heard. Sometimes we would not agree with everything they said,’ he said.

Guto Bebb, a defence minister and MP for Aberconwy, also laid into Mr Hunt and Mr Johnson over their attitude to business.

‘The dismissive attitudes shown towards our business community by senior Cabinet ministers is both unworthy and inflammatory,’ he told the BBC’s Sunday Politics Wales programme.

‘Business wants a good deal and so does the Government. Do the leadership aspirations of multi-millionaires trump the need to listen to the employers and employees of this country?

‘It is perhaps understandable that a key part of the economic powerhouse that is north east Wales can be belittled by those with a London centric world view but Andrew aspires to speak for all Wales.’