PRINCE Harry's bride-to-be Meghan Markle was at the centre of a huge "group hug" when she met a talented group of kids during the couple's first visit to Wales today.

The American TV star was given a warm Welsh welcome when she arrived in Cardiff alongside her clearly besotted royal fiance. 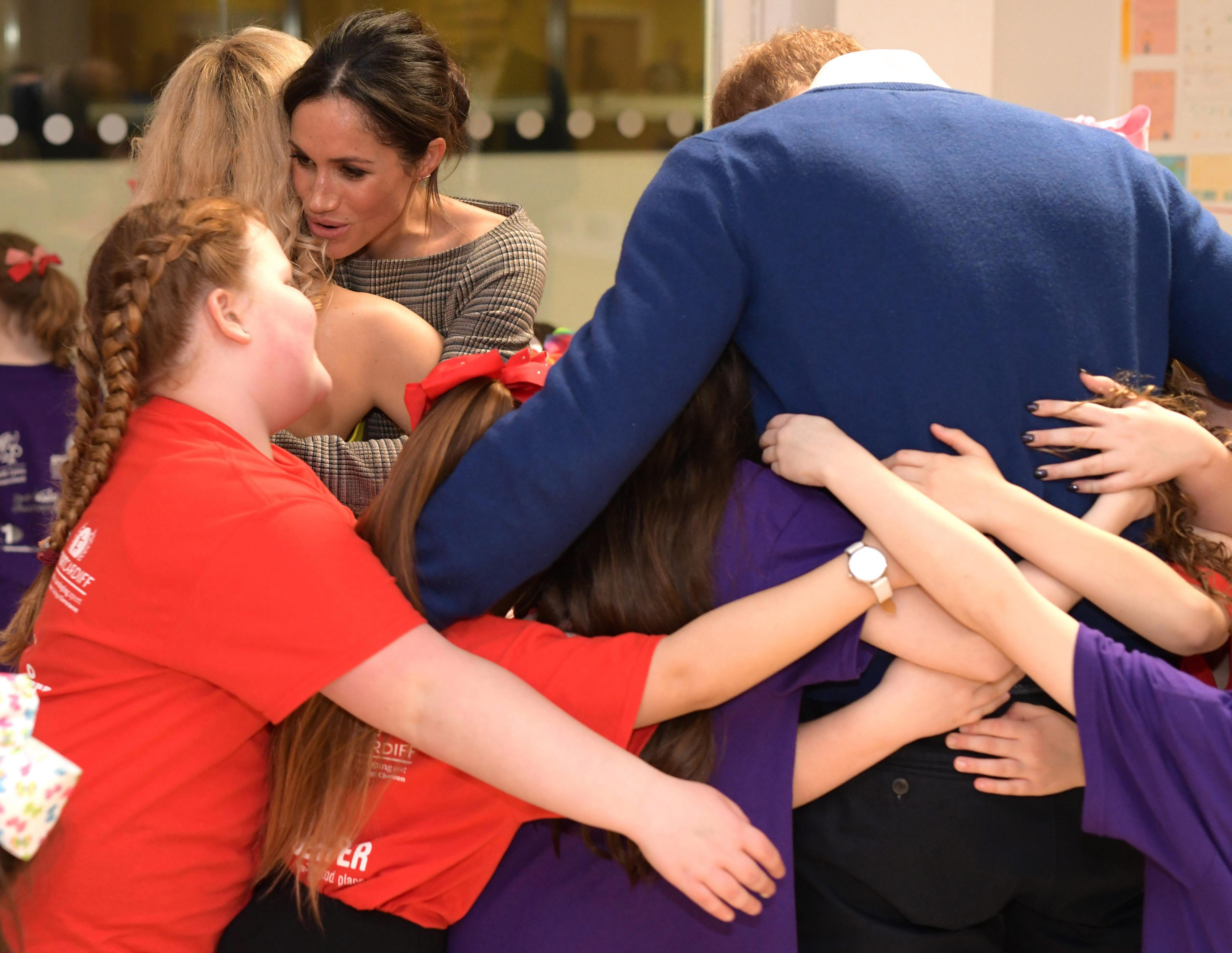 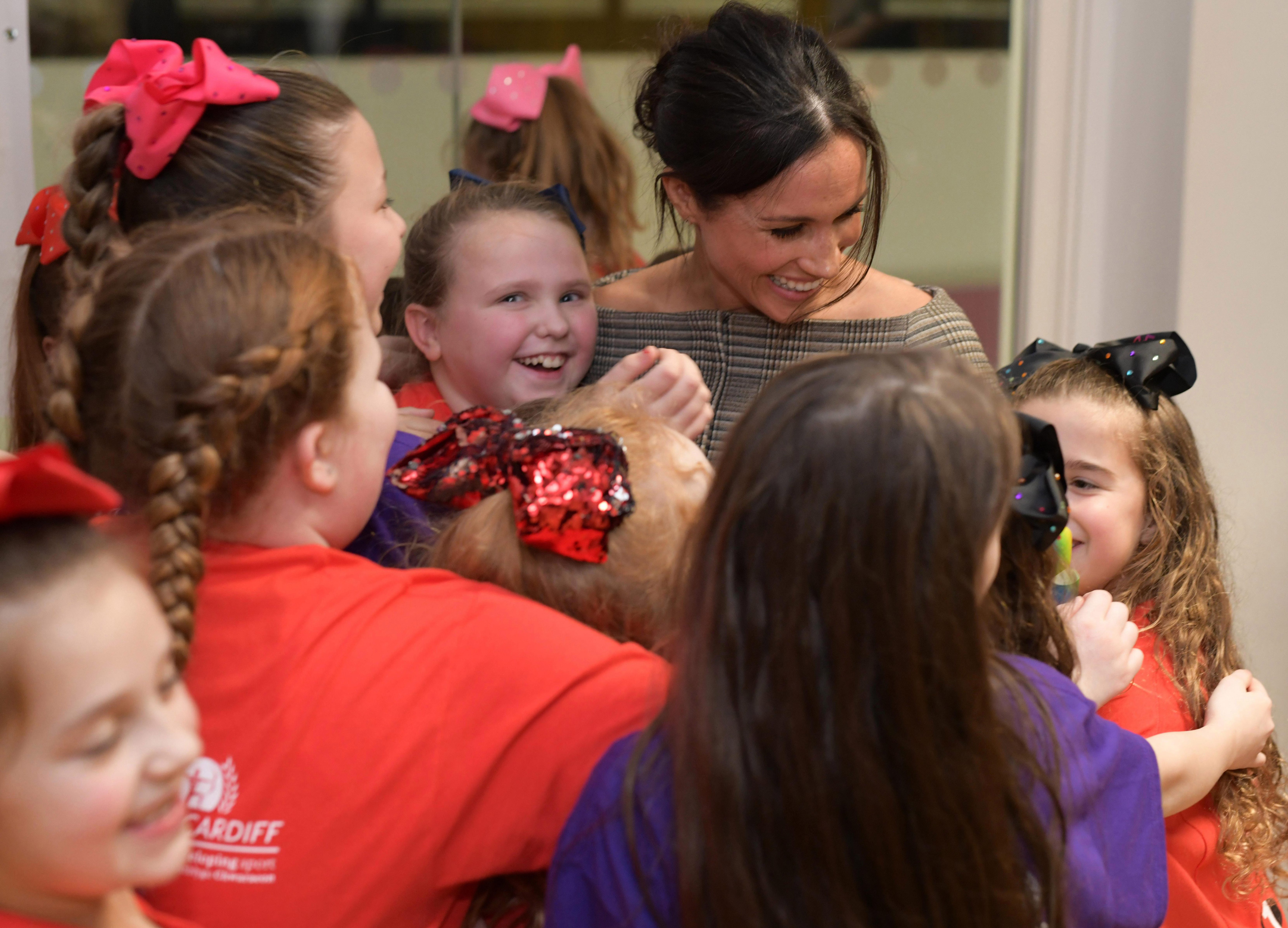 She said she was a "super lucky woman" as the couple carried out their third engagement in the Welsh capital.

Cheeky Harry then urged a group of street dancing youngsters to mob his beau, saying: "Let’s all give Meghan a group hug!"

The couple were in Tremorfa where they visited Star Hub – a community and leisure centre which uses sport to engage young people and aid social development.

Earlier Meghan confessed a hen do in Cardiff would be "a lot of fun" after being invited for a pre-wedding party by royal fans. 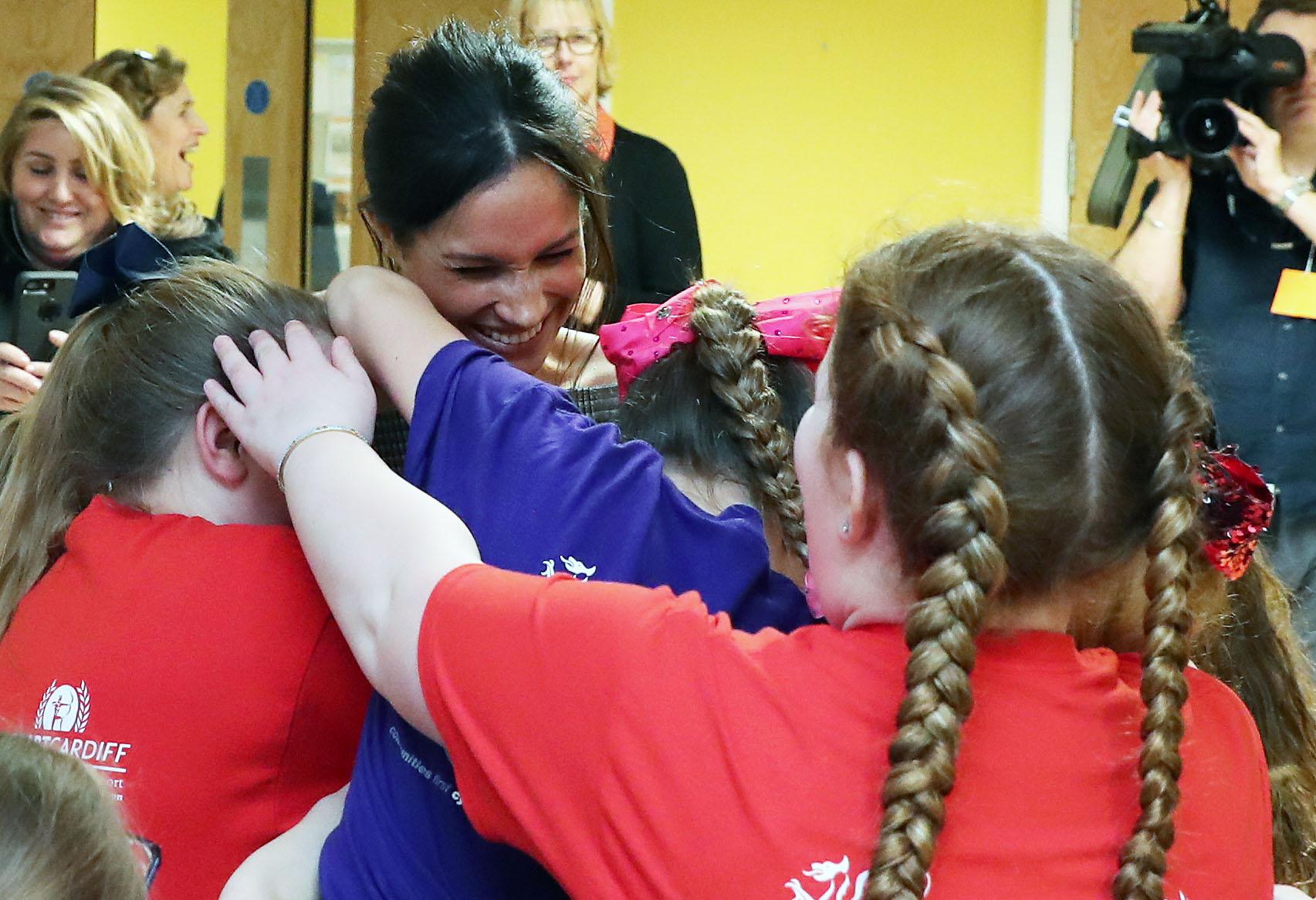 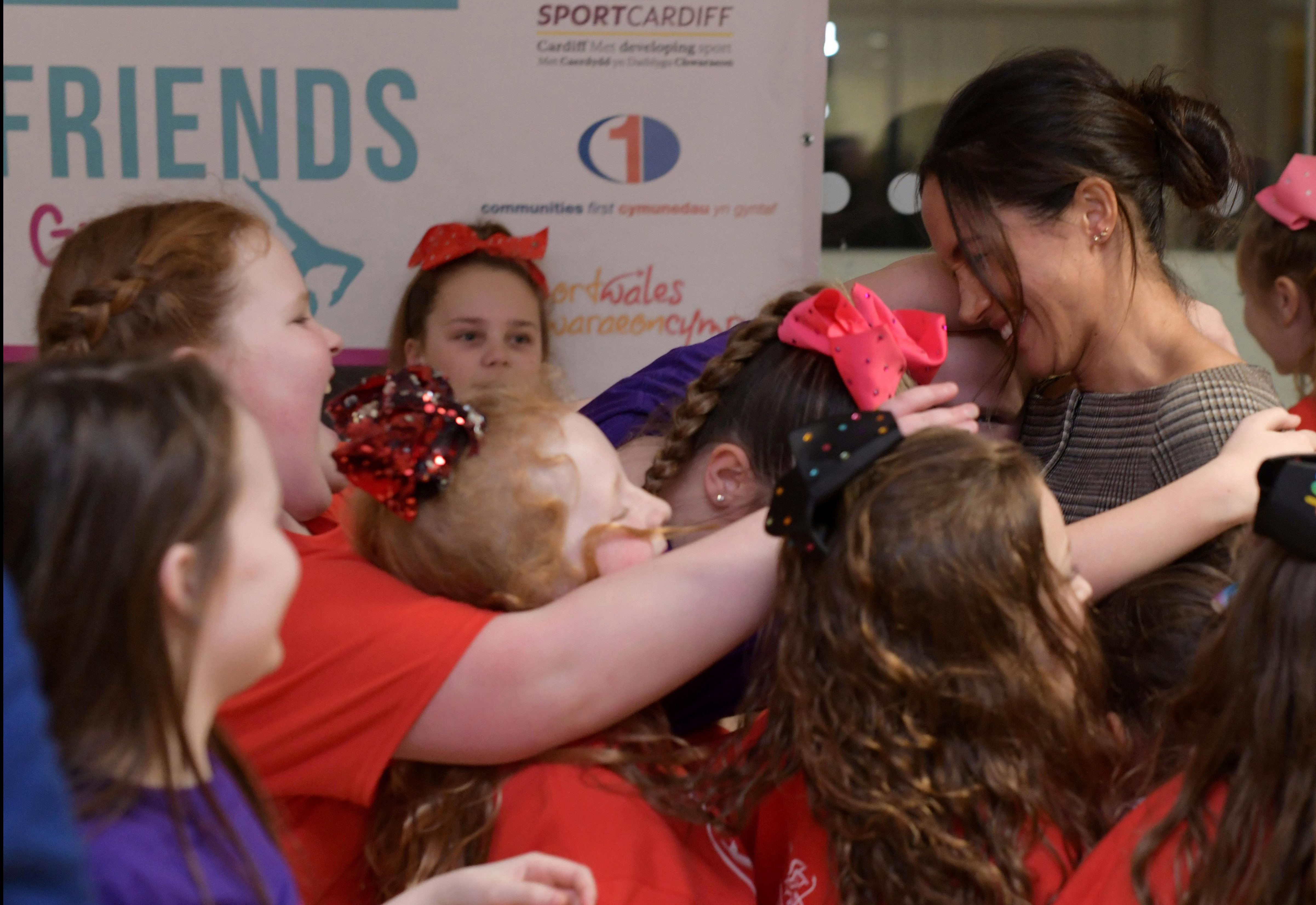 Prince Harry and his bride-to-be were given the star treatment on their visit to Welsh capital ahead of their wedding later this year.

The couple attended a Welsh culture festival inside Cardiff Castle before heading to a sports centre which runs community programmes for young people.

Meghan-mania saw royal supporters queuing outside the castle from 6am this morning – seven hours before the couple are set to arrive. 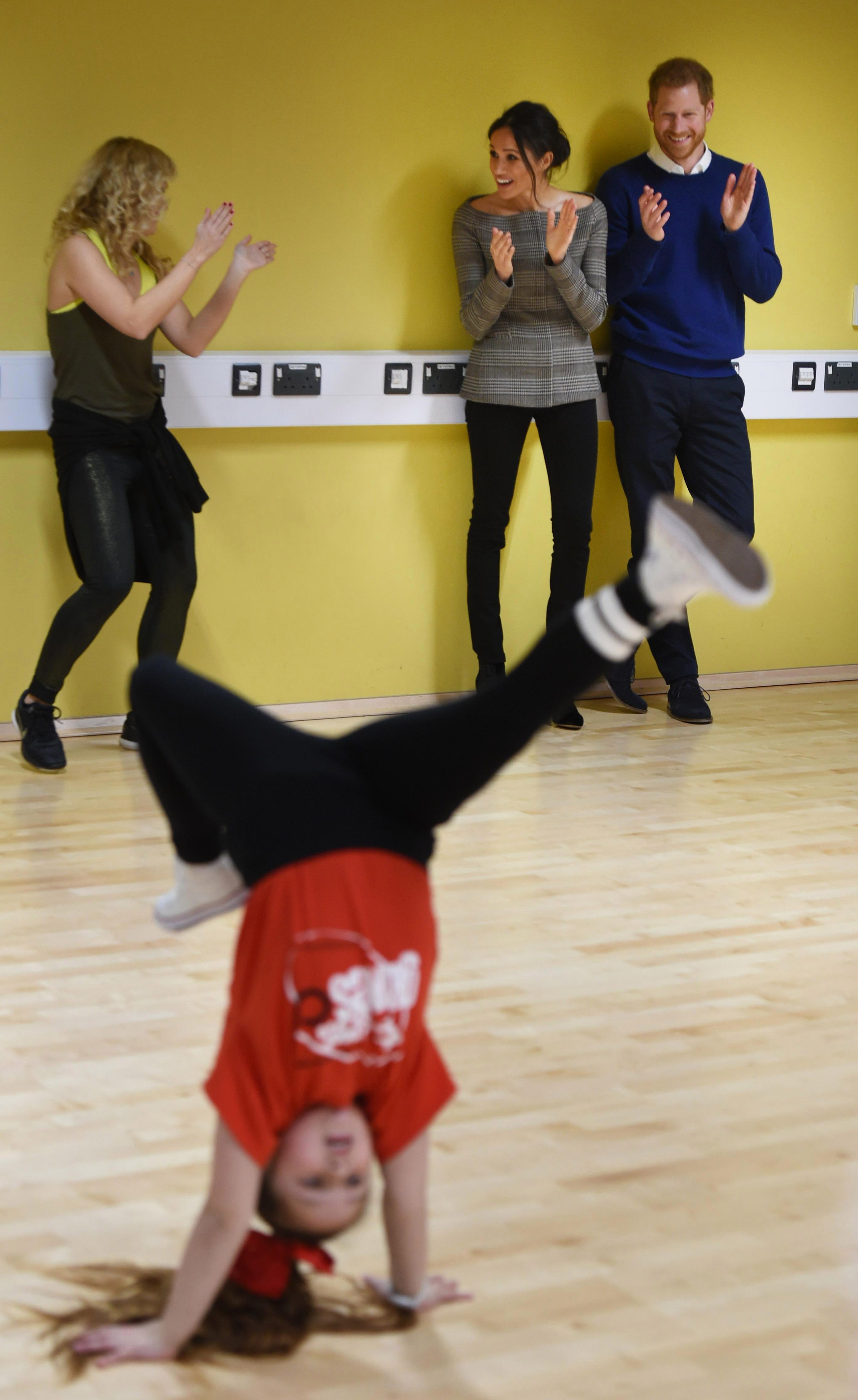 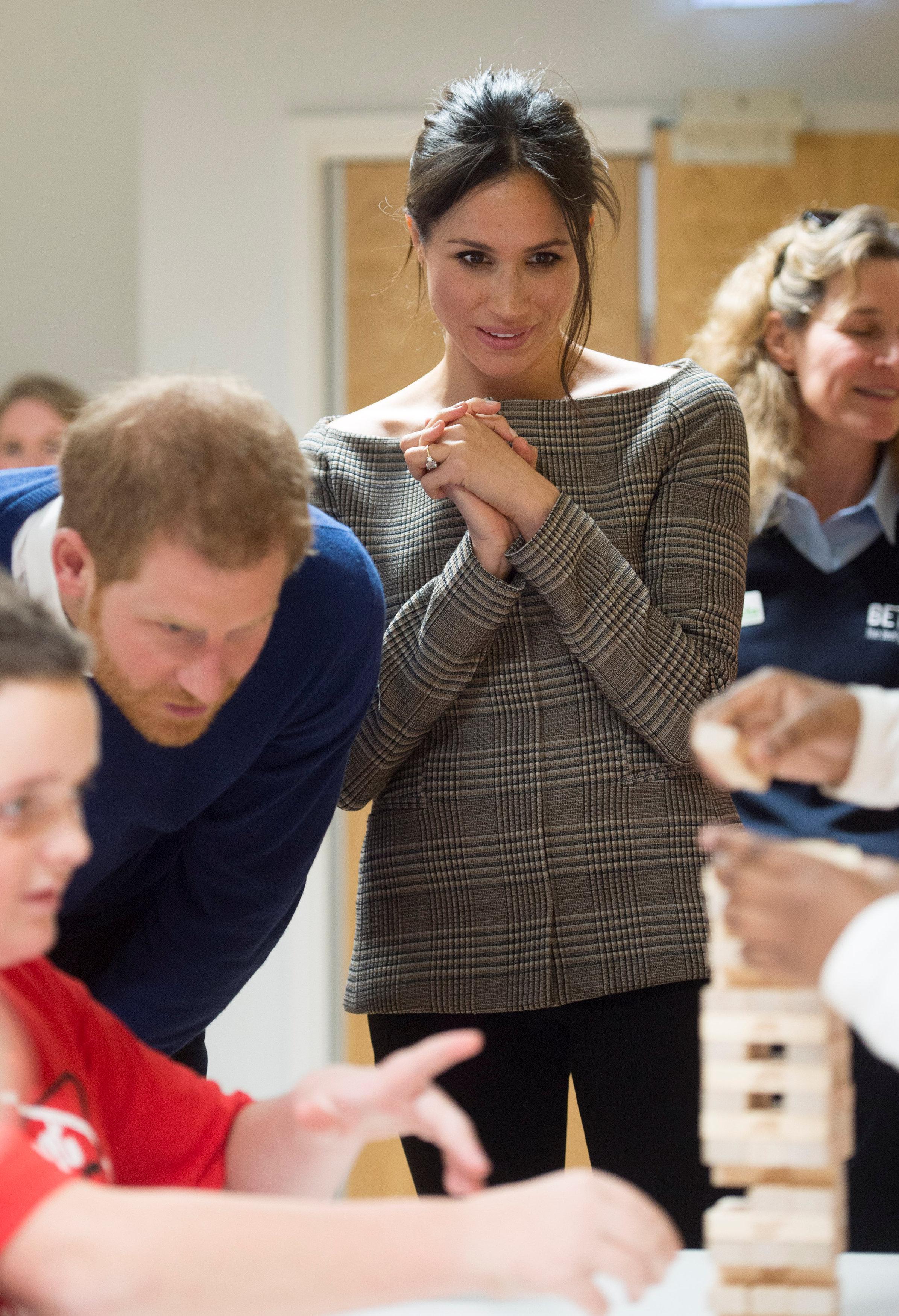 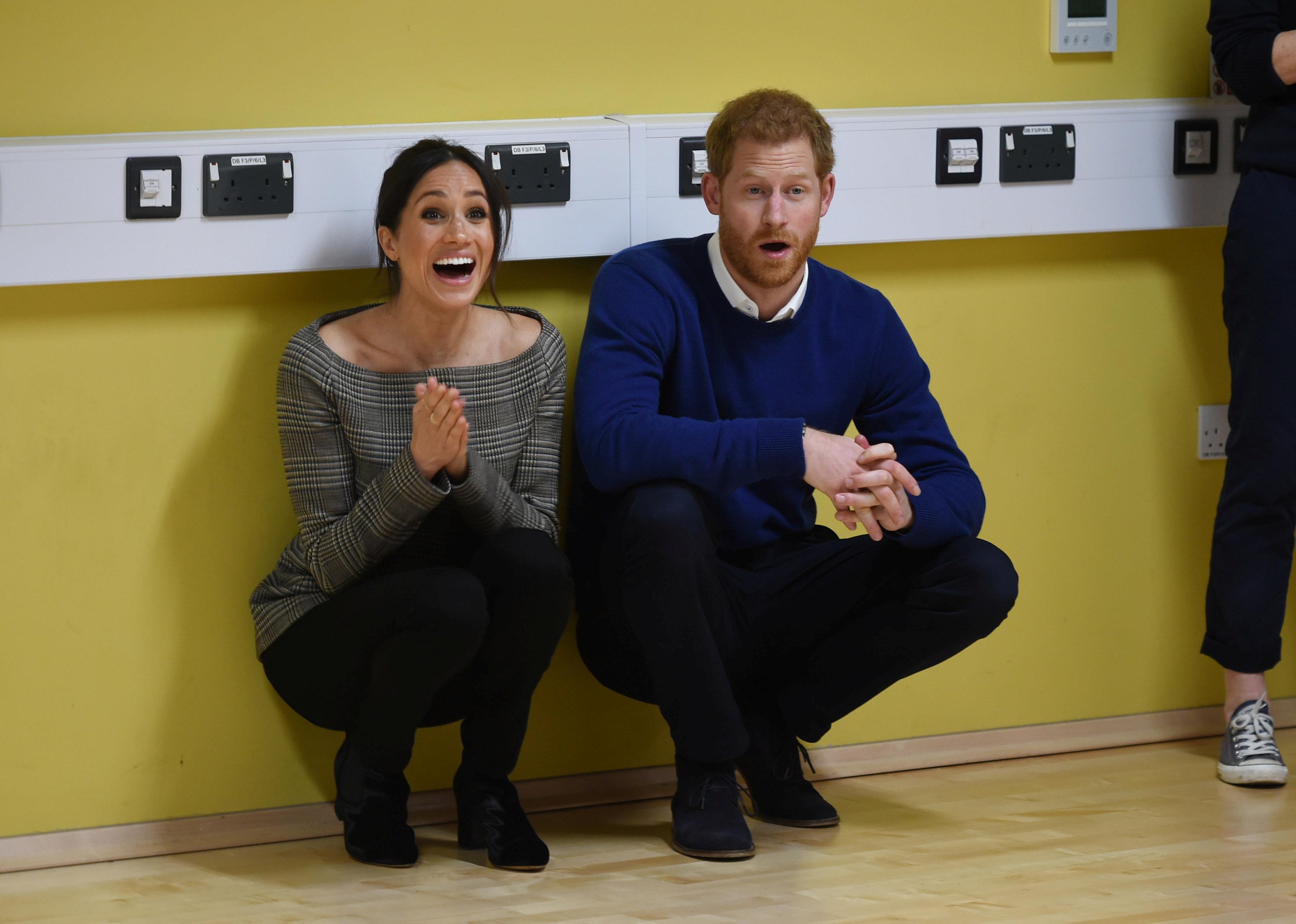 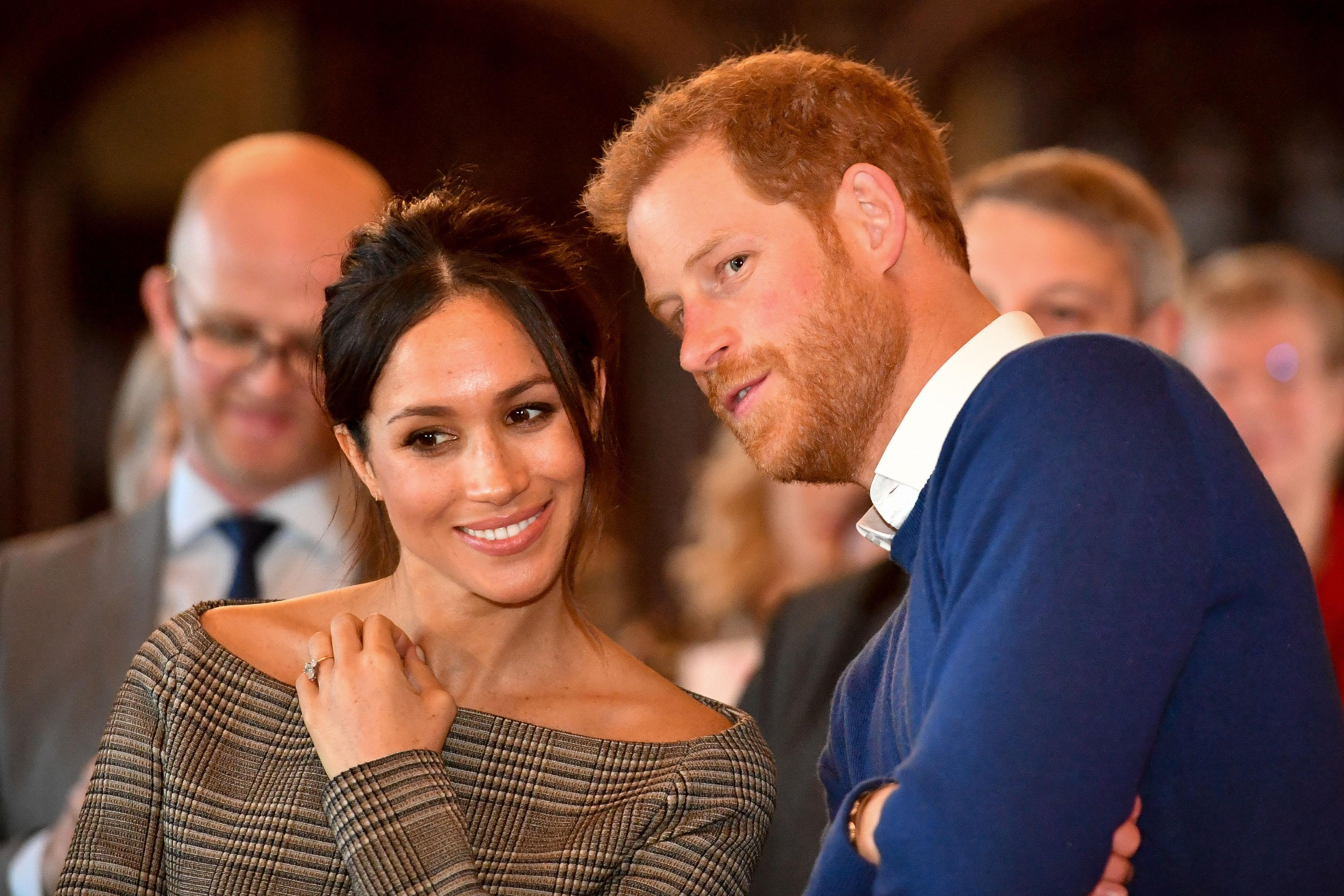 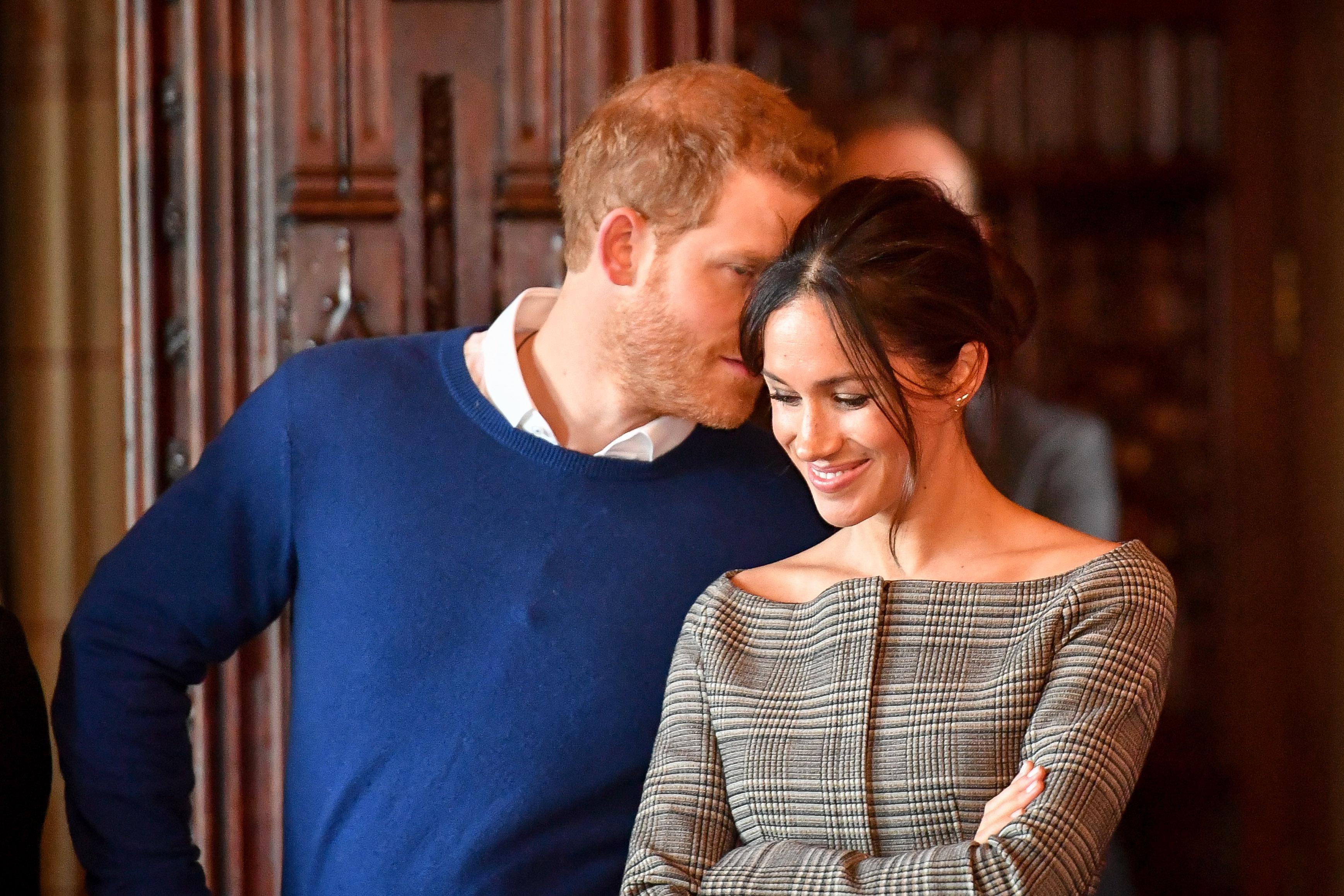 The bride-to-be was asked by sisters Anne and Judy Daley and their dog Camilla who brought a veil, plastic tiara and bridal sash gift for Meghan – to ask if she would hold her hen party in Cardiff.

The beaming actress told them: "I bet that would be a lot of fun," before being led away by Prince Harry.

Also among those in line were university student Jenna Quilter, 18, from Cregiau, near Cardiff, who brought a bunch of flowers to present to Meghan.

She said: "I'm a big fan of the Royals. Mainly the Duchess of Cambridge but I adore Prince Harry. 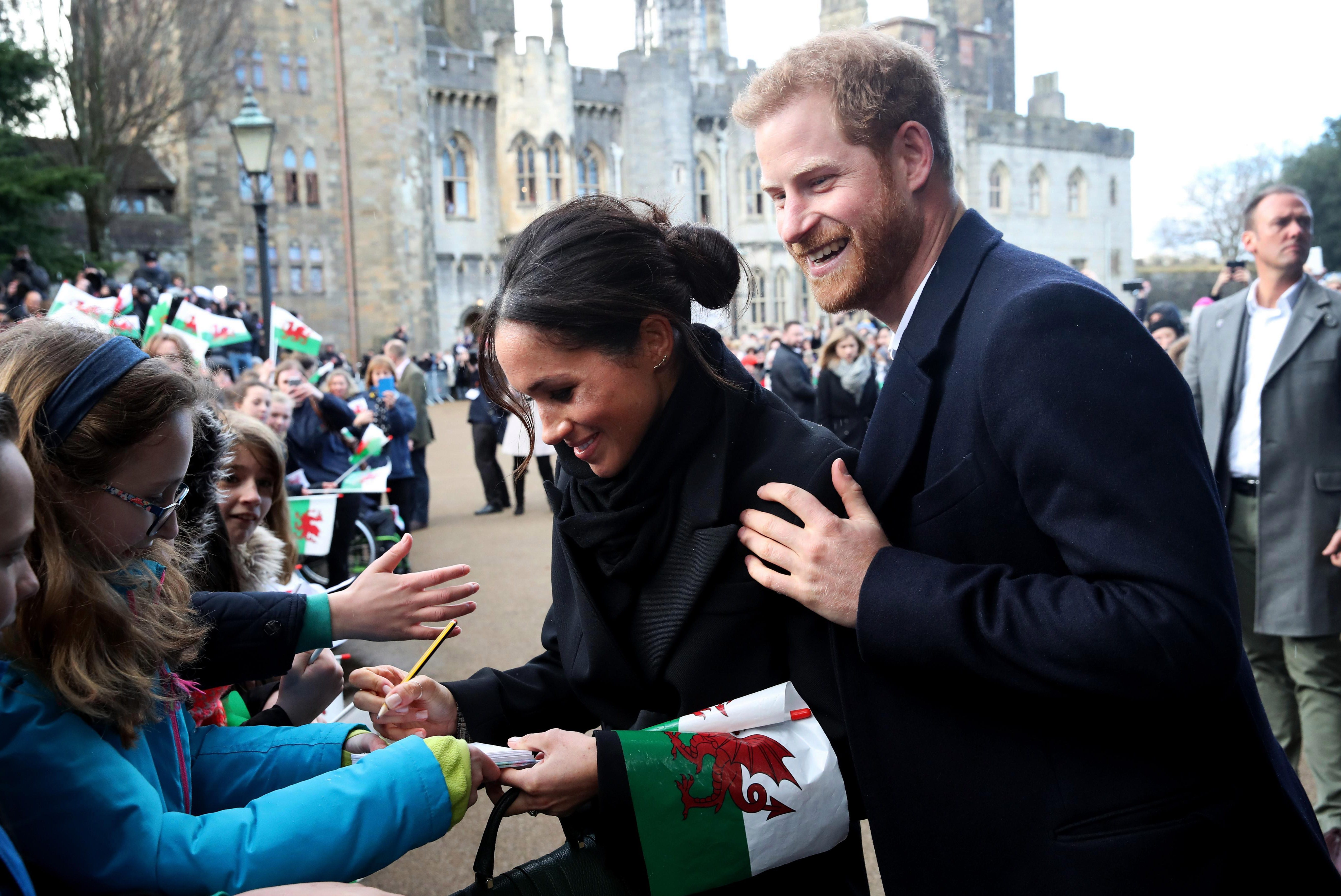 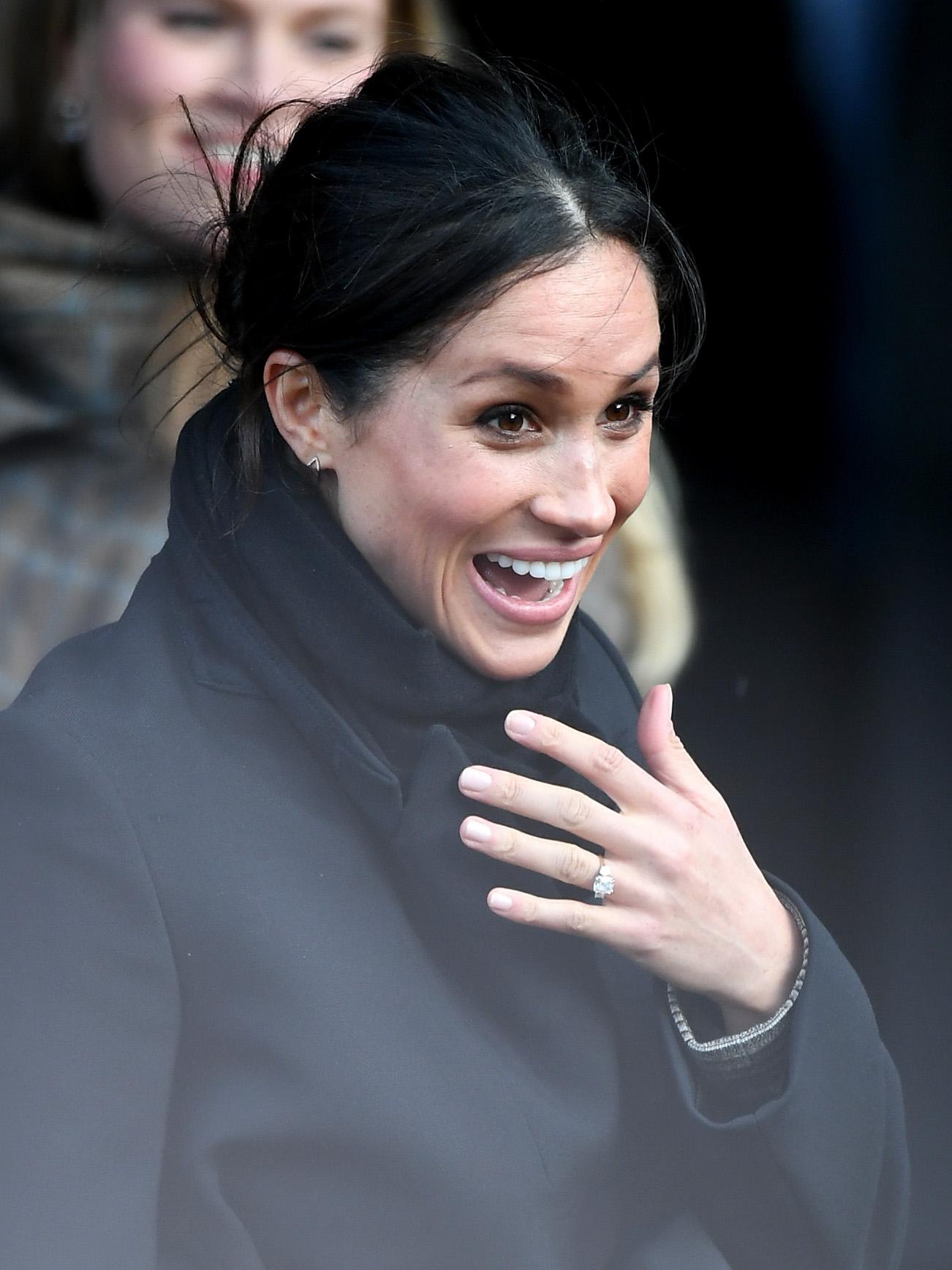 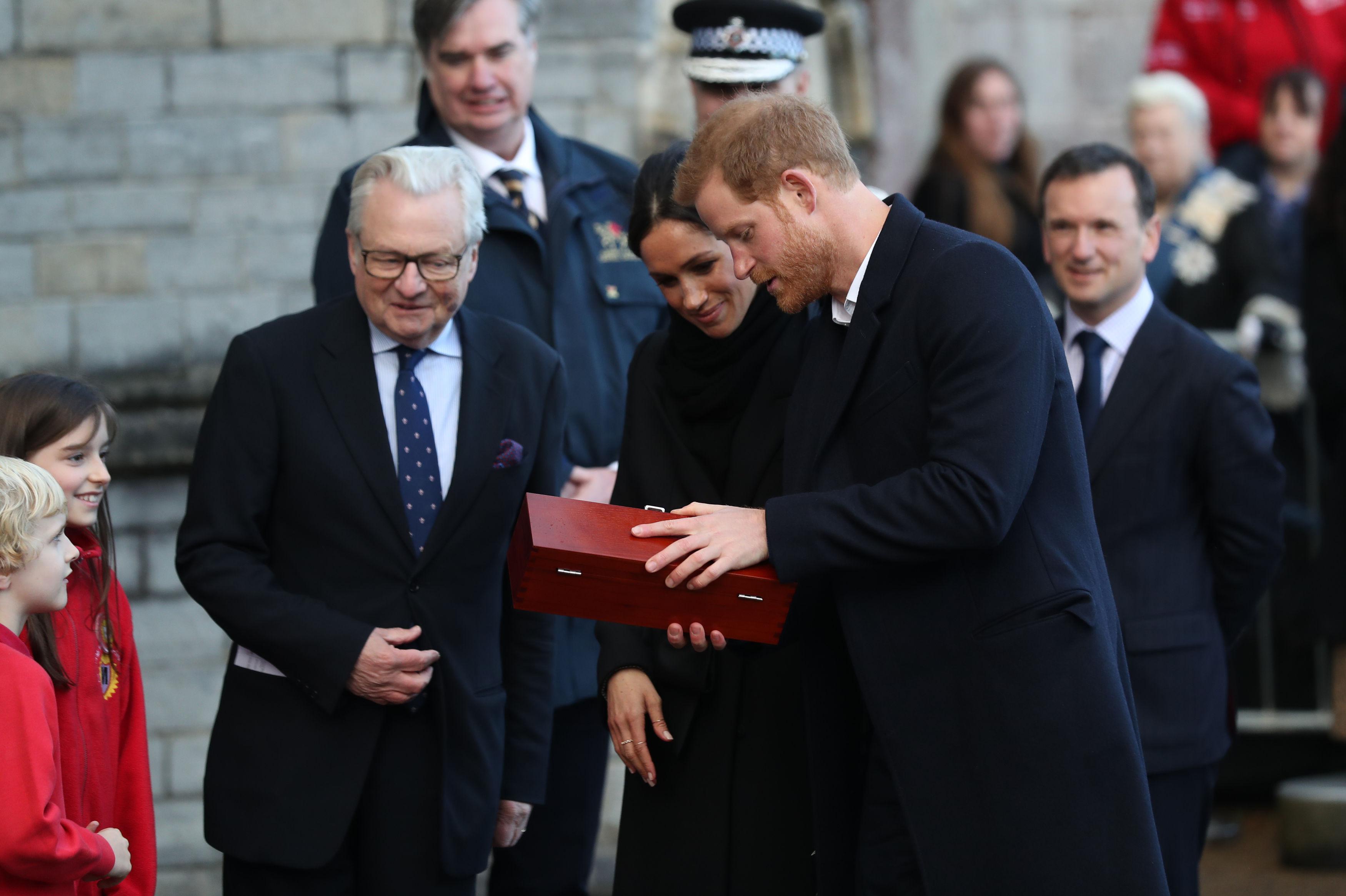 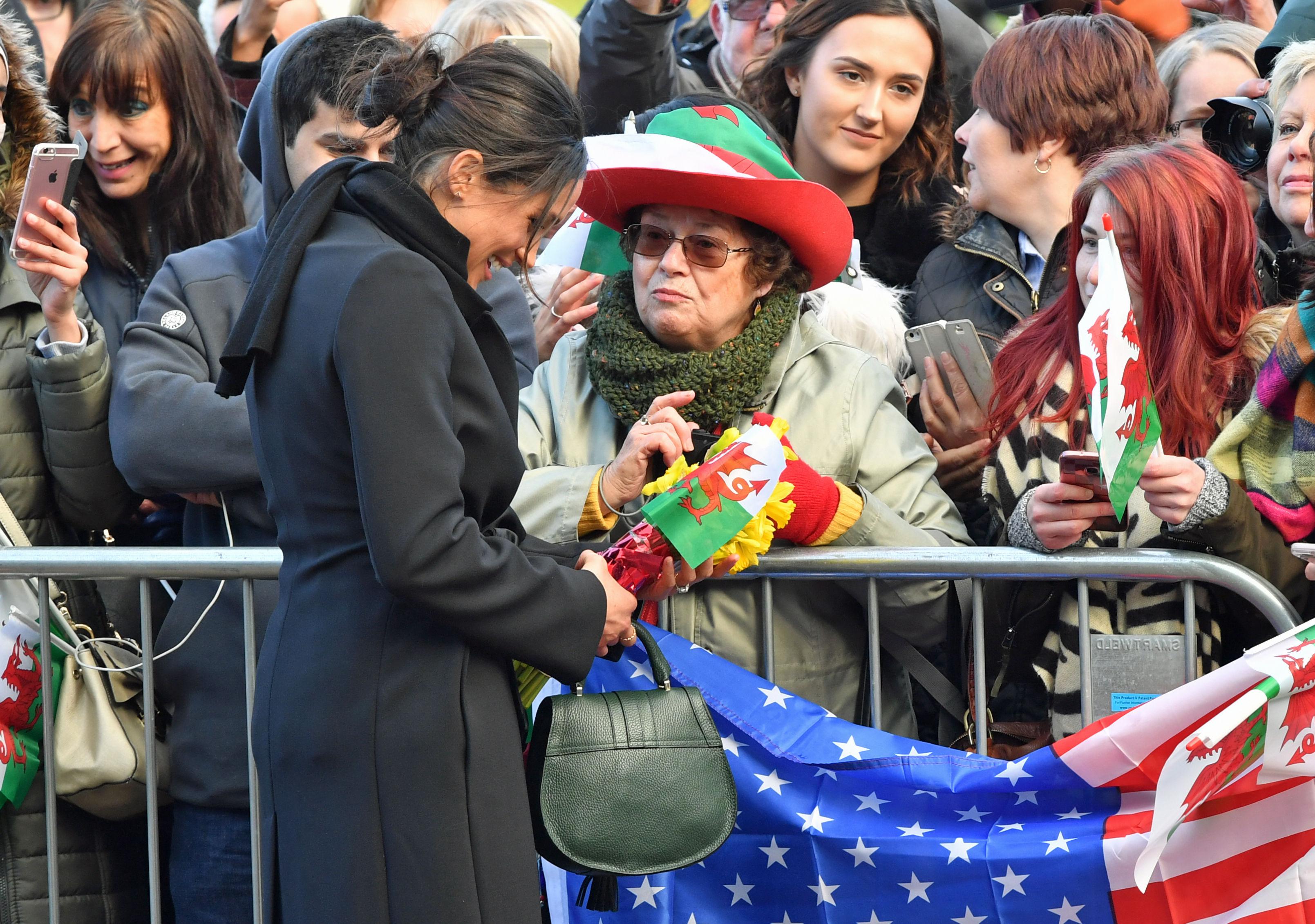 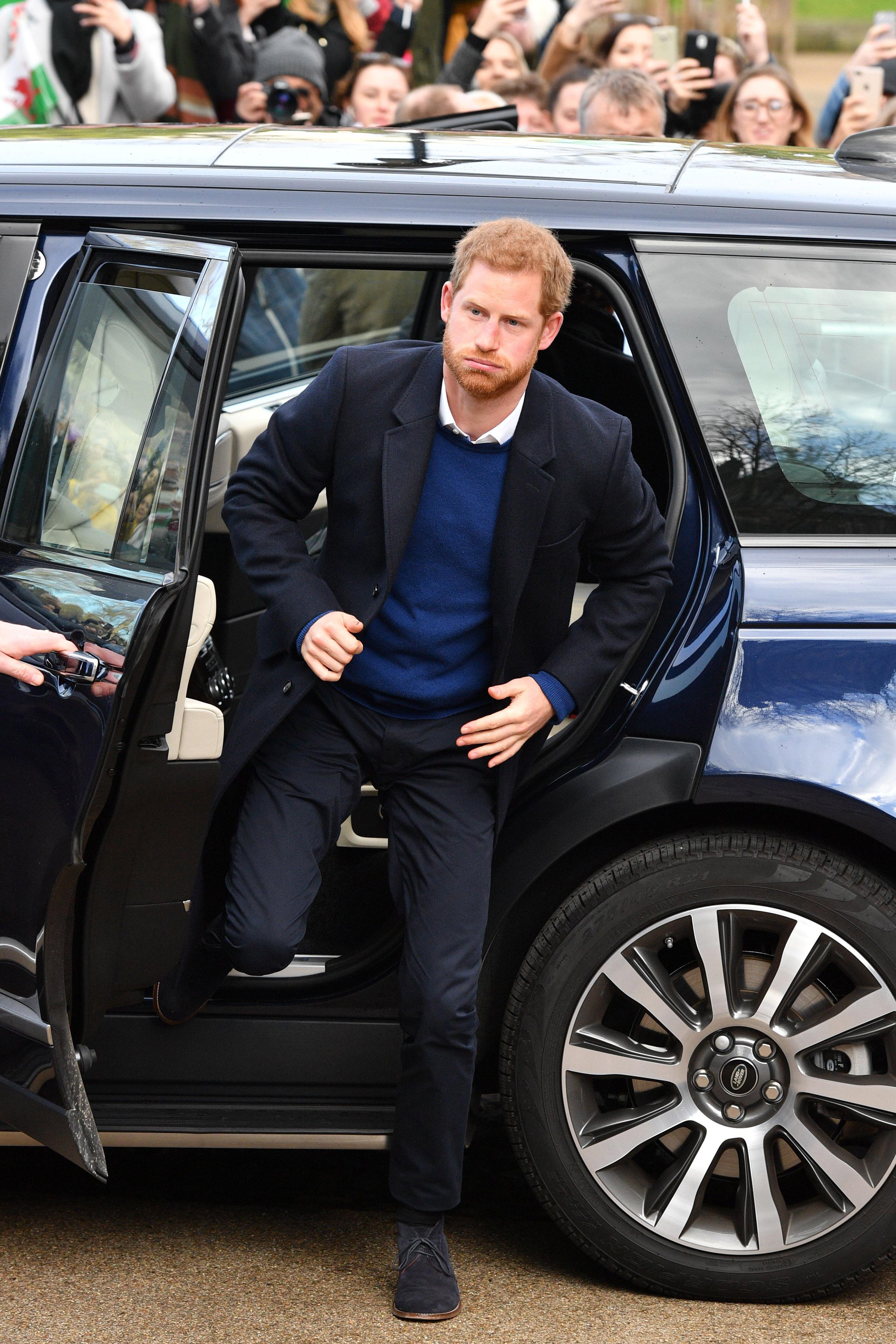 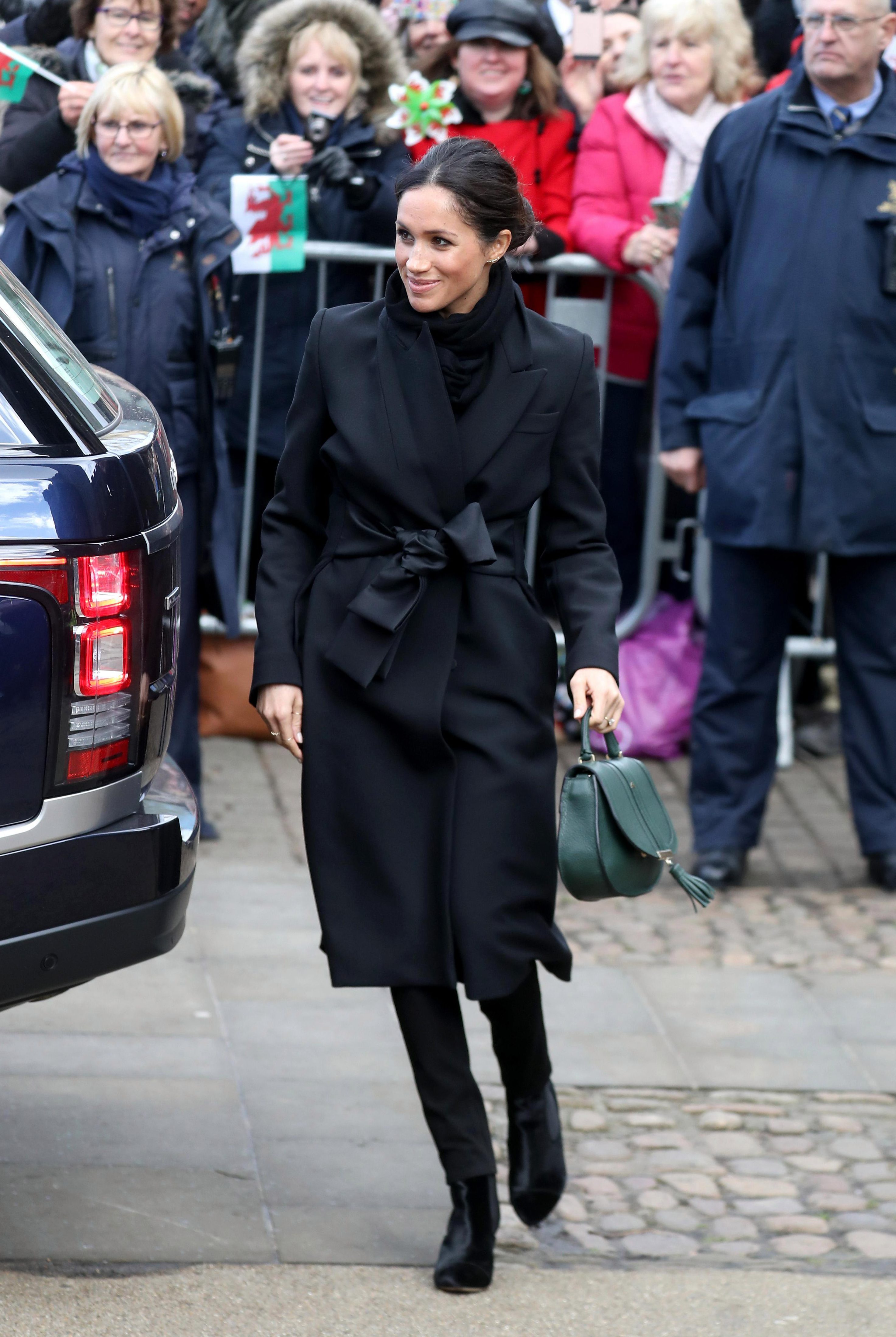 "I think Harry and Meghan represent a more modern society and it keeps some of the British traditions alive.

"I've got some roses for Meghan too.

"It's fascinating that she's not the typical person you'd expect to become a future duchess and it's just really interesting to see the public reaction to her."

Meghan-lookalike Haley Johnston, 26, from Charlotte, North Carolina, has another thing in common with her fellow American – she also married a British soldier. 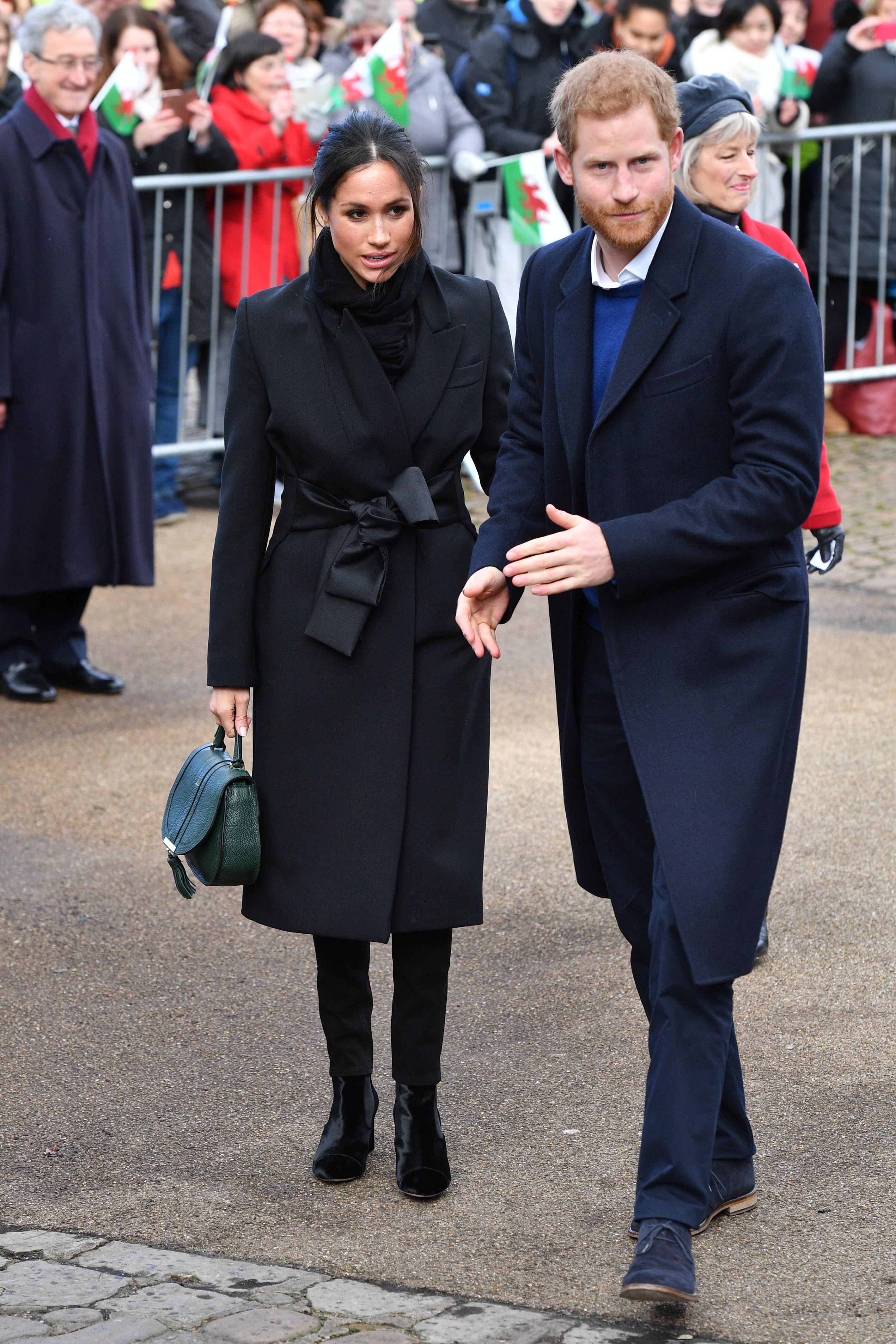 She said: "I just think Meghan and Harry are a fantastic couple, they look like the kind of people you'd want to be friends with.

"I've just been told I look like Meghan – I've never heard that before but that is the highest of compliments as she's absolutely gorgeous.

"I'm so excited to see them and I hope I get the chance to talk to them. I'm also from the States and I married a British soldier so we have a few things in common."

American Abbie Smith, who is visiting Cardiff from Louisiana, said: "It's really exciting. In America this is like a fairytale. 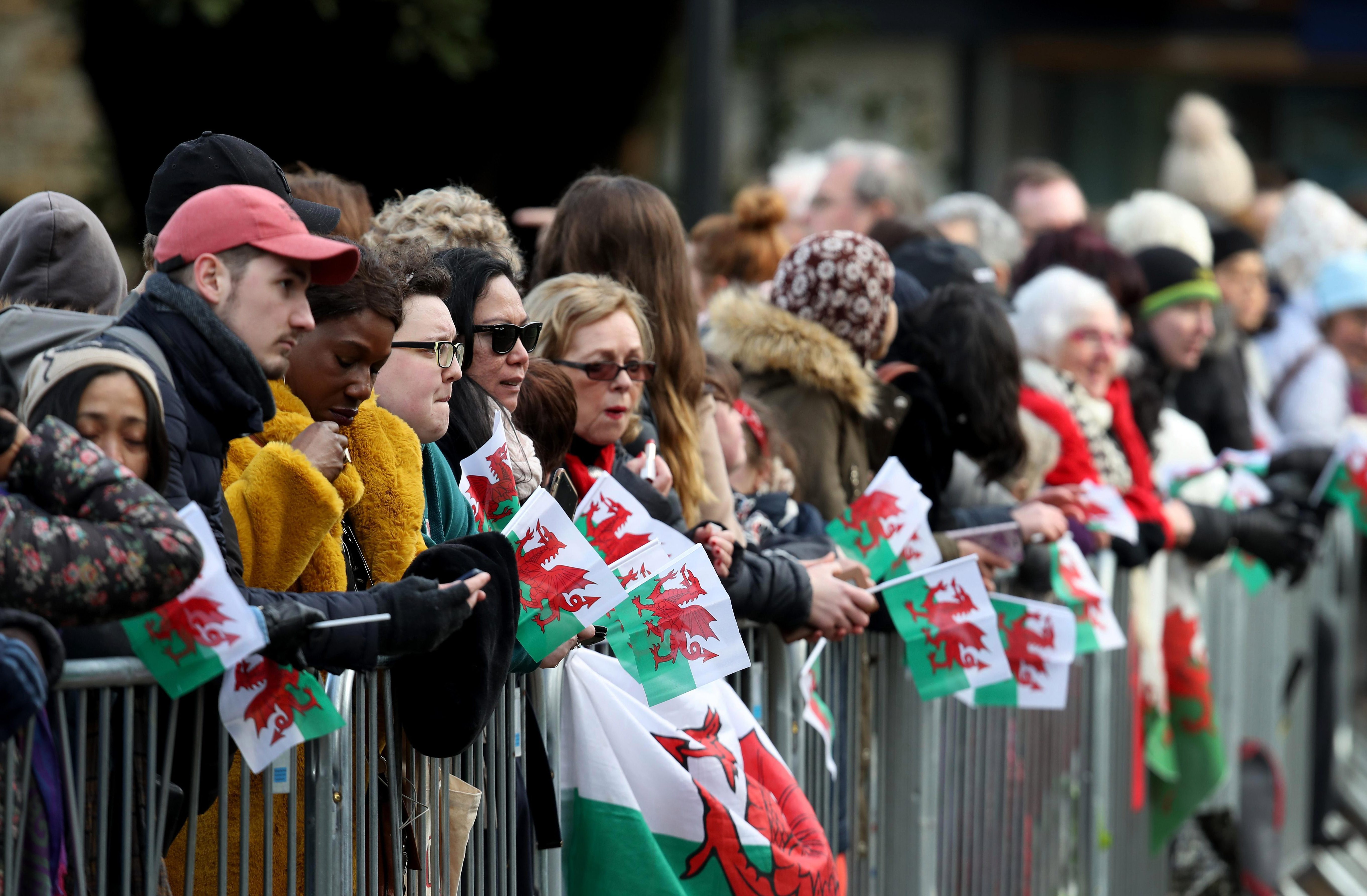 "I think it's really cool that she's from the States and gets to experience the royal lifestyle as well."

Ian Leyshon, 41 of Cardiff, said Meghan and Harry would get a warm welcome in the Welsh capital.

He said: "I think Harry and Meghan are great and Cardiff will love them – she can be our princess of Wales.

"It's very fitting that they are visiting the castle. I wish that they could stay longer."

And sisters Anne Daley, 60, and her sister Judy, 53, of Llandaff, Cardiff, said they wanted to ask Meghan to have her hen party in Cardiff – along with their dog Camilla.

Former air stewardess Anne said: "We have brought a bride-to-be sash and veil for her and some L-plates and we can take her on a tour of all the Cardiff nightclubs.

"We are very excited and we hope we get the chance to talk to them.

"We could get a new Duke and Duchess of Abergavenny or somewhere – it should hopefully strengthen our relationship with America."