PRINCE Harry and Meghan Markle have been named in Time Magazine's top 100 most influential list of people.

The Duke and Duchess of Sussex were praised in the publication for "running towards struggle" in a world where "everyone has an opinion about people they don’t know". 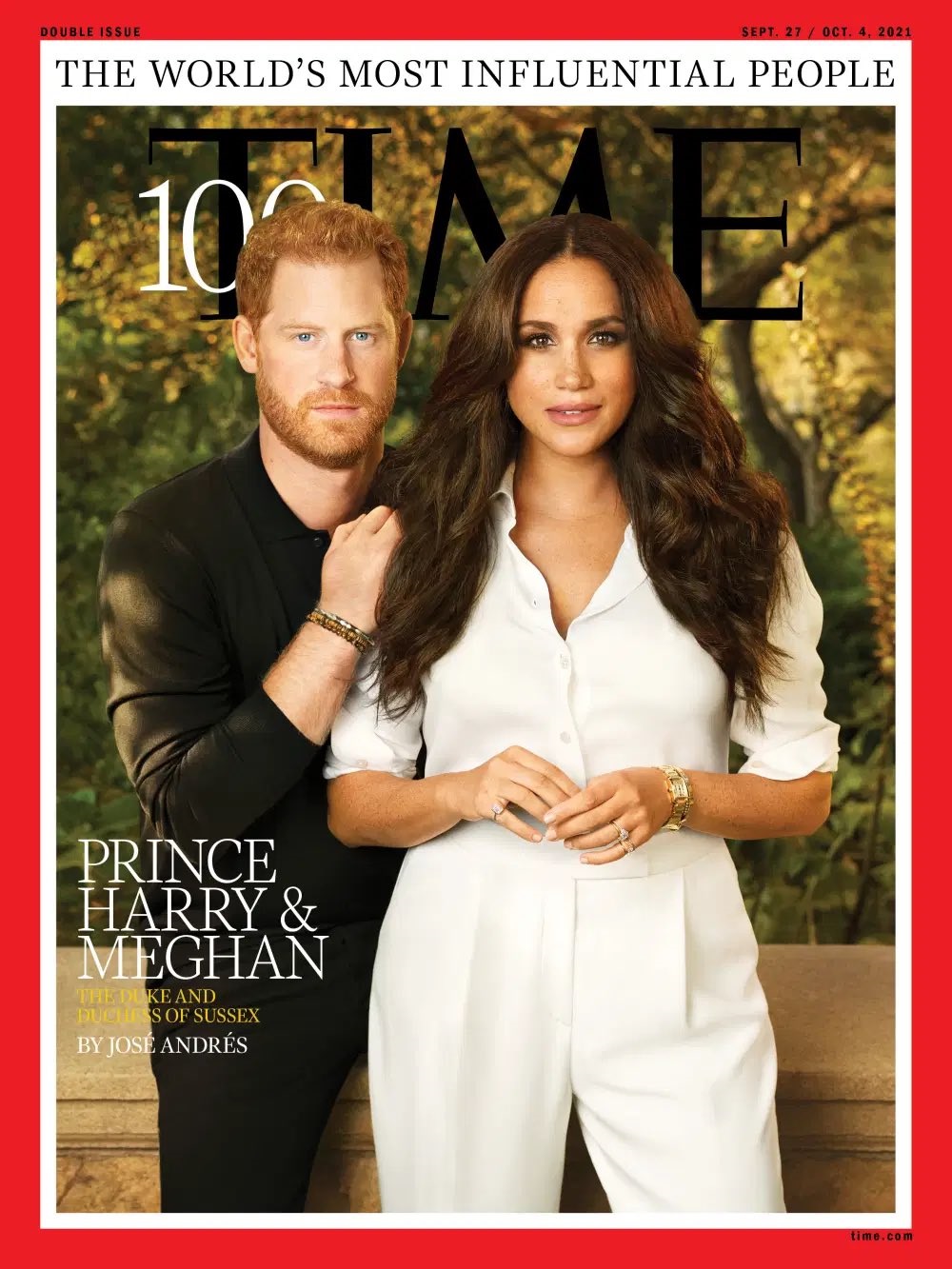 The Sussexes are one of the cover stars for the notorious 'top 100' list, following on from the likes of Barack Obama, the first black US president, who has also featured.

"They don’t just opine. They run toward the struggle."

But despite the gushing profile, fans were left baffled by the photo that accompanied it.

One person wrote on Twitter: "This photo looks photoshopped. Also, the way they are positioned is very revealing: it's the Meghan show and Harry is just the supporting actor."

Another added: "Harry looks completely awkward peering behind his wife like this."

Someone else wrote: "Wow, this photo speaks volumes. There is no hiding who's in control."

The announcement comes as Harry celebrates his 37th birthday in the US.

He and Meghan are joined on the list by the likes of "unique soul" and singer Billie Eilish, Olympic gymnast Simone Biles, and Britney Spears.