First Lady Melania Trump has praised Supreme Court Justice Brett Kavanaugh as highly qualify, adding that she is glad accuser Christine Blasey Ford was given the chance to testify.

‘I think he’s highly qualified for the Supreme Court,’ Melania told reporters near the Great Sphinx of Giza in Egypt on Saturday as she wrapped up a four-country trip in Africa.

‘I´m glad that Dr. Ford was heard. I´m glad that Judge Kavanaugh was heard,’ Trump said, referring to Christine Blasey Ford, who accused Kavanaugh of pinning her down and groping her when they were both in high school.

Melania declined to say whether she believed Ford’s claim, which Kavanaugh strongly denied. 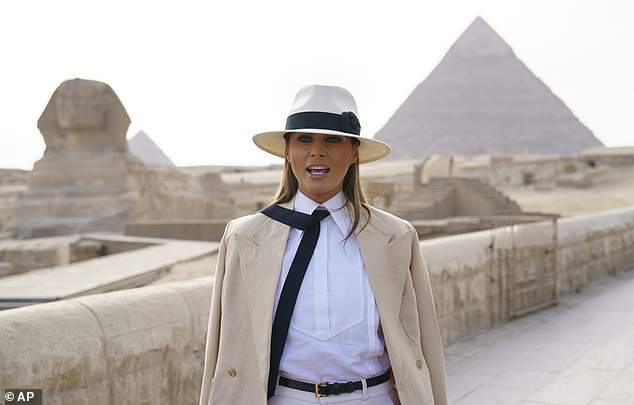 ‘I think he’s highly qualified for the Supreme Court,’ Melania told reporters of Kavanaugh near the Great Sphinx of Giza in Egypt on Saturday 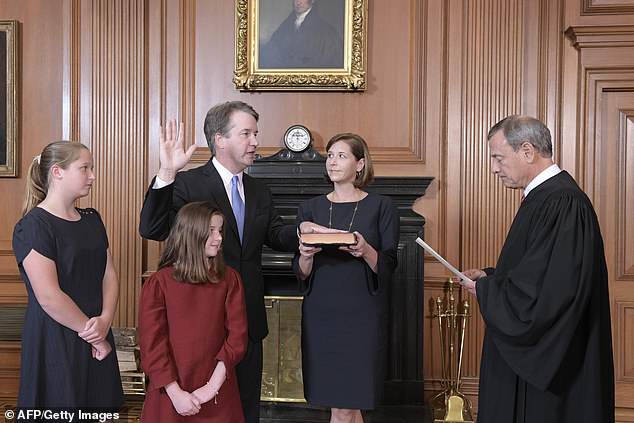 Kavanaugh’s wife and daughters look on as he takes the Constitutional Oath on Saturday night. Melania said that she thinks he is a highly qualified justice

‘We need to help all the victims, no matter what kind of abuse they had,’ she said. ‘I’m against any kind of abuse.’

The First Lady said the message of her tour to Ghana, Malawi, Kenya and Egypt was ‘show the world that we care.’

The trip was a coming out of sorts for the First Lady on the world stage.

It was her first major solo trip abroad and a rare example of a time when she has answered questions by reporters on a variety of topics.

Asked about her wardrobe choices, the First Lady lamented the fact that her clothes drew more attention than her work on children’s issues.

‘I wish people would focus on what I do, not what I wear,’ she said, before posing for pictures in front of some of Egypt’s greatest landmarks.

Melania earlier drew some criticism for wearing a white pith helmet during a safari in Kenya because of its association with European exploration of Africa. Some accused her of looking like a ‘colonialist’. 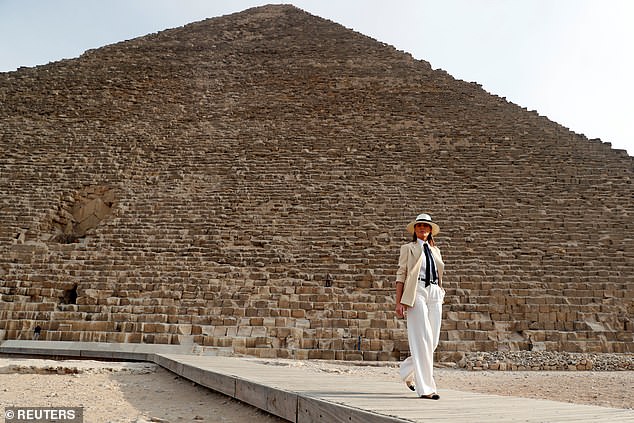 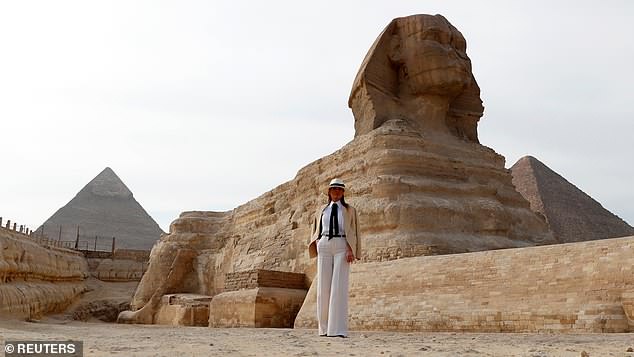 Melania is seen near the Sphinx of Giza. She is wrapping up a four-country tour of Africa

When asked if any African leaders had asked about her husband’s alleged remarks about ‘s**thole’ countries on the continent, she said no.

‘Nobody discussed that with me (during the trip), and I never heard him saying those comments. And that was anonymous source and I would leave it at that,’ she said.

During the trip, she has focused on her signature issue of campaigning for children with stops at a hospital, primary school and an orphanage. 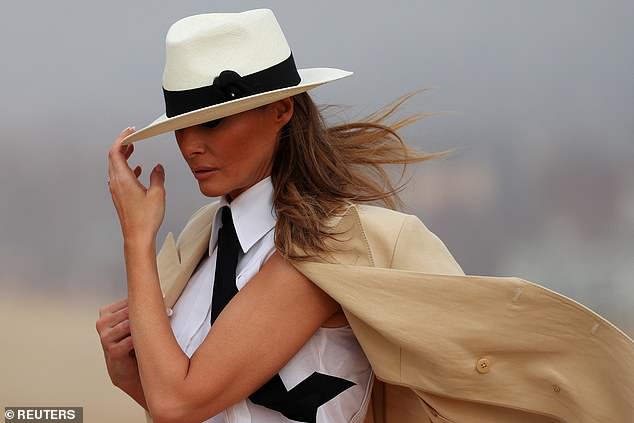 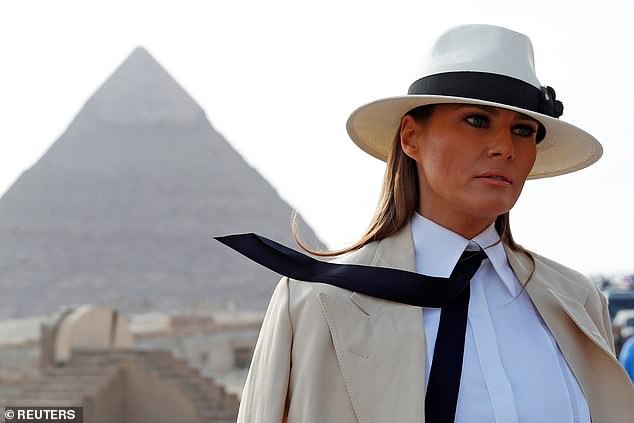 Melania Trump stops to speak to the media before she tours the pyramids in Cairo, Egypt 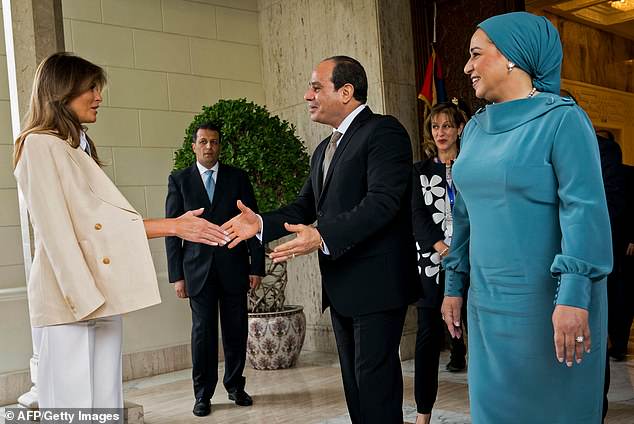 Melania received a warm welcome from Egyptian President Abdel Fattah al-Sisi and his wife, Entissar, at the presidential palace in Cairo before she headed to visit the Pyramids and the Great Sphinx.

She wore slacks and a tie as she stepped off the plane in Cairo, where she proceeded to the presidential palace, an ornate cream stone building with arabesque designs.

Melania made a brief stop at the heavily fortified U.S. Embassy in downtown Cairo, driving through streets nearly deserted because of a national holiday marking the 45th anniversary of Egypt’s 1973 war with Israel.

She was due to arrive back in Washington DC early on Sunday.