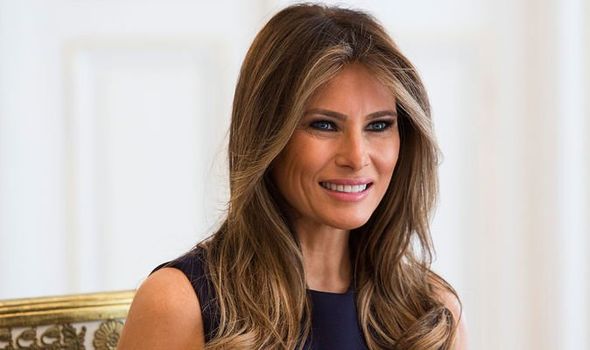 The First Lady stunned in an emerald green dress at the Trump International Hotel in Washington DC. Melania shook hands with fans outside the BLT Prime Steakhouse where she had a two-hour long dinner with the US President, Politico reported. Their unannounced visit was met with cheering crowds who excitedly shook hands with the President and First Lady.

In video on social media, one supporter can be overhead telling Melania: “Thank you. We love you.”

The pair then stopped to pose for photos with the fans.

Another fan said: “This is who Donald Trump and Melania are – wonderful, caring people with a true love for this country and its people.”

While a third added: “Donald and Melania just walked out of Trump Hotel in DC and he confirmed that the food indeed is good.” 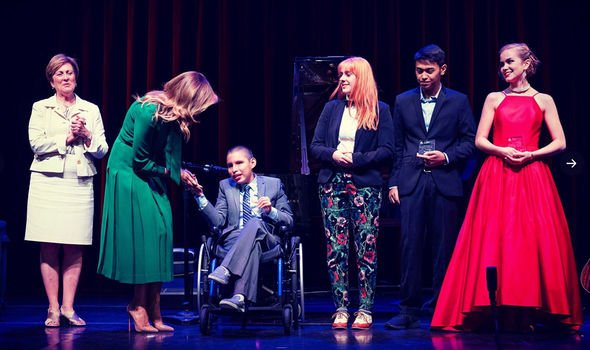 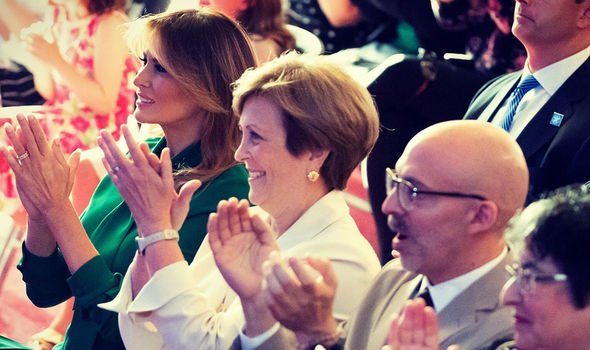 Melania attended an event at the Kennedy Centre in Washington D.C. that evening.

The US First Lady used Twitter to share some snaps from the event and praise the performers who she had watched.

She said: “A lovely evening at the Kennedy Center tonight! Thank you to the inspiring young performers who shared their talents with us.

“Thank you to @kennedycenter for your influential role in preserving the arts & for the @VSAIntl program that provides important & life-changing opportunities for so many.” 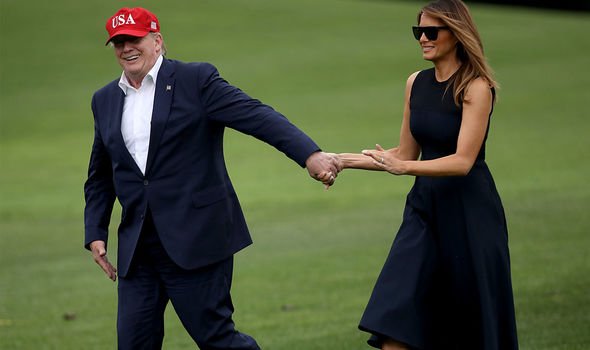 Last week, it was announced that Melania Trump will host the second state dinner for Australia’s Prime Minister and his wife, Mrs Morrison.

The dinner will be held on September 20 and is the first for Australia in 13 years.

Australia hasn’t attended a state dinner in the US since 2006 under George W. Bush’s presidency with the guest of honour being John Howard.

The dinner comes a year after Melania held a state dinner for French President Emmanuel Macron and his wife in 2018.