The First Lady reportedly encouraged children to help build a border wall mural during the Government Halloween party. According to Yahoo news, “horrified” guests a station was set up where children wrote this names on sheets of red paper. The “personalised” bricks were then stuck to a wall with the words “build the wall” on it.

One attendee who voiced their disapproval of the activity told the publication they ‘wished to remain anonymous ‘to avoid professional retaliation’.

However, a spokesperson said they were unaware of the wall mural, which was constructed on the building’s ground floor.

One said: “So you the queen of bullies had the kids ‘build the wall’ you are the worst parent.” 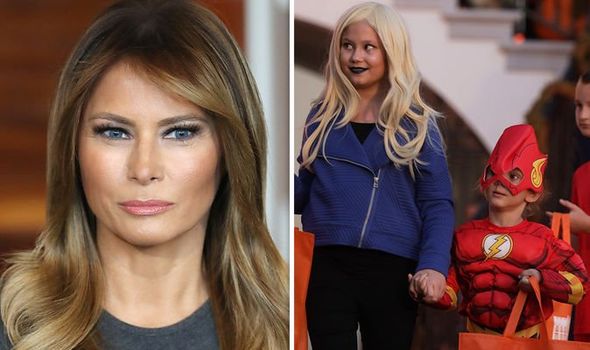 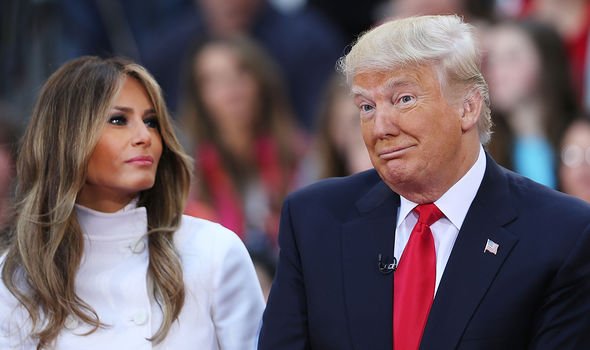 Another added: “Pretty disgusting how children were encouraged to build the wall at a White House Halloween party.”

It comes as US journalist and radio producer for The Howie Carr show Grace Curley dressed up as Melania for Halloween.

But people took the costume as an opportunity to savage the First Lady more. 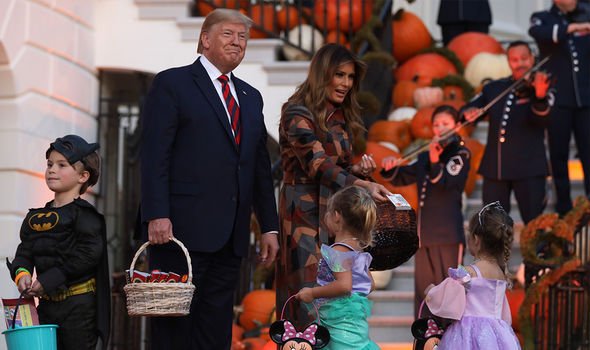 Nancy Barry wrote on Twitter: “She does’t look empty enough to pull off the deadness of the First Lady’s soul.”

Another person posted on social media: “That is the scariest costume I have ever seen.”

One Twitter user condemned Grace for dressing up as the First Lady.

He sarcastically posted: “Yeah, an outstanding role model that should be revered. A Great American.” 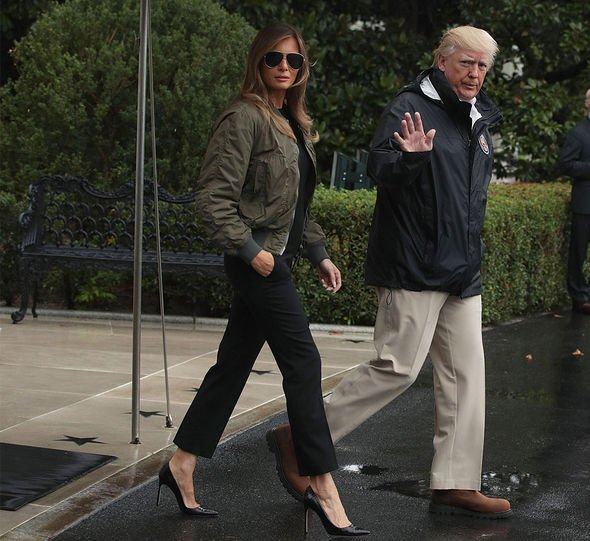 Another Twitter user responded to the pictures with vomiting emojis.

Many people on social media felt Ms Curley had a very strong likeness to the First Lady.

One person tweeted: “Spot on! You look awesome!”