Mink, foxes and raccoon dogs are forced to tear each other to pieces as they suffer appalling conditions in Finnish fur farms.

An investigation by the Humane Society International (HSI) was launched and they have released shocking footage and images of the conditions the animals face to coincide with International Fur-Free Friday.

The footage reveals animals are forced into cannibalism and kept in tiny cages with raw wounds festering.

The miserable foxes, mink and raccoon dogs suffer with deformed feet, diseased eyes and open lacerations across their bodies. 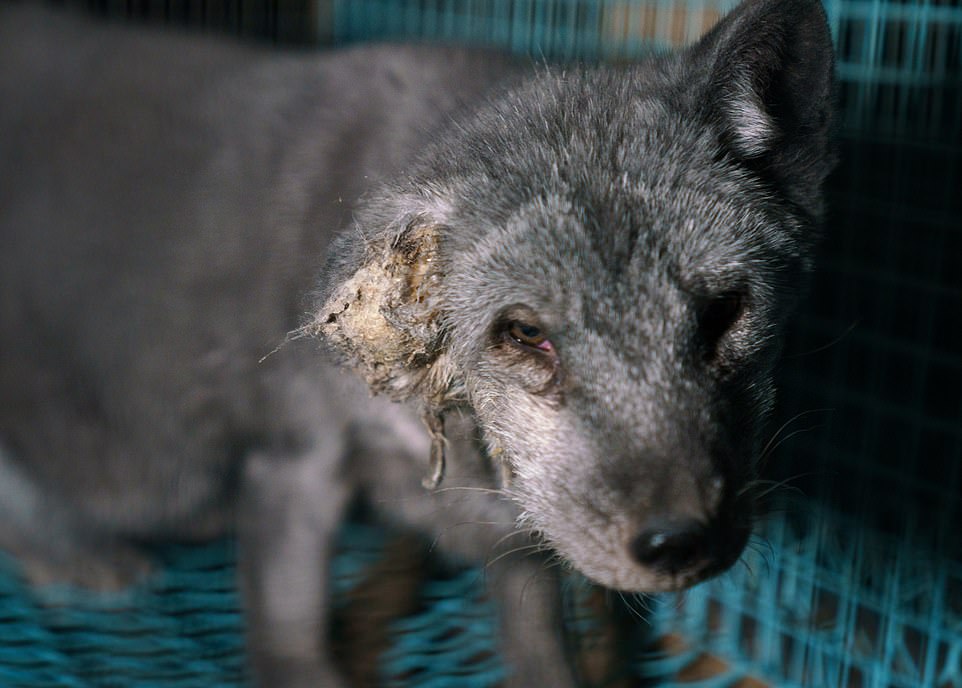 A fox has had an ear ripped off and suffers from red eyes as it lives in a cramped cage inside a Finnish fur farm; the Humane Society International went to Finland to investigate two certified fur farms and took these harrowing images