Merkel 'in good health' and ready to serve full term: chief of staff

BERLIN (Reuters) – Chancellor Angela Merkel is in good health and on track to serve her full term in office through to 2021 in coalition with her Social Democrat (SPD) governing allies, her chief of staff told Reuters on Wednesday. 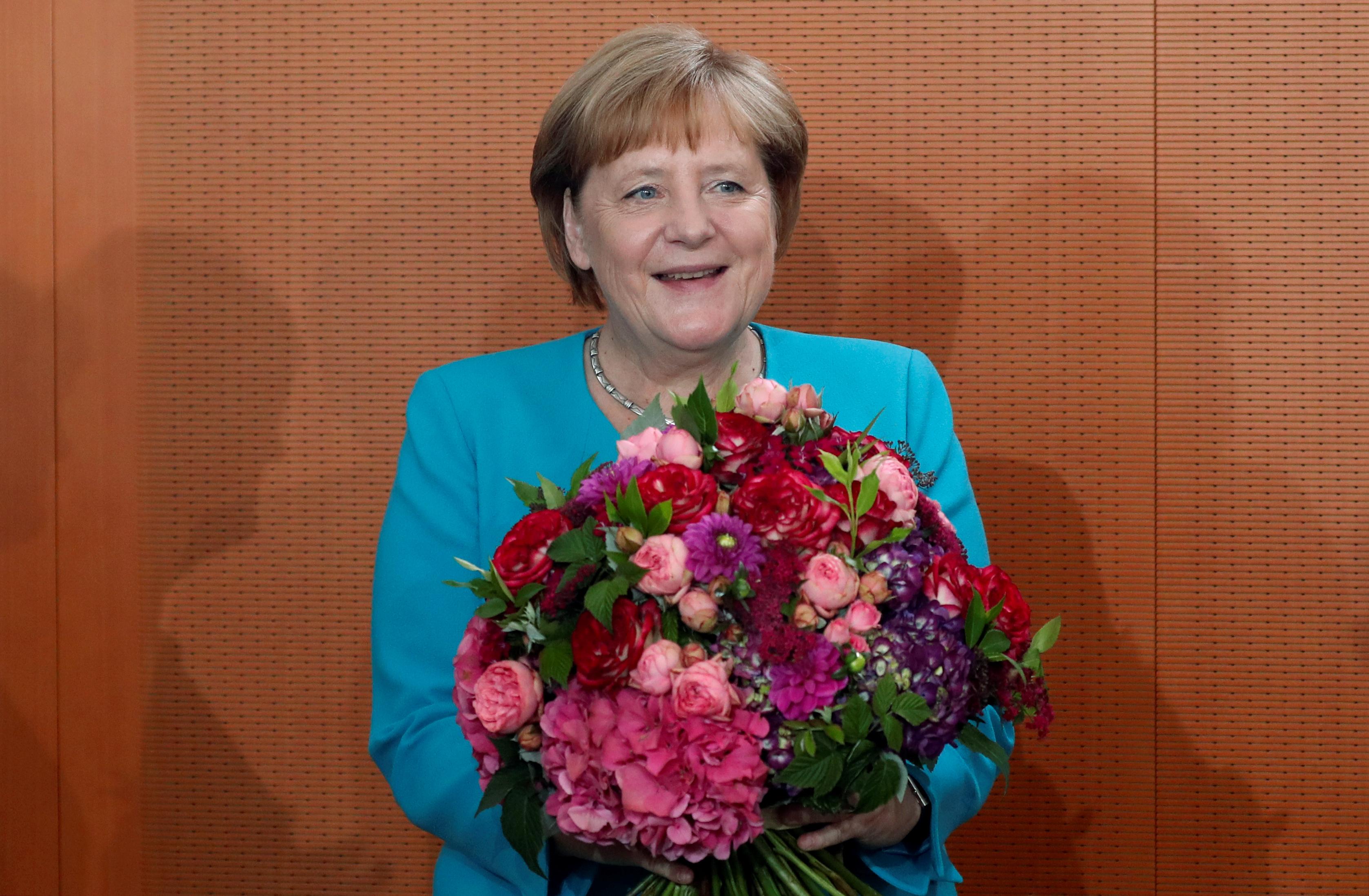 Merkel, who turned 65 on Wednesday and has been in office since 2005, has suffered several bouts of shaking at public ceremonies in recent weeks that have fueled speculation about her health, though she has insisted “I am fine.”

Chancellery chief Helge Braun stressed that Merkel had stood for a fourth term with the intention of completing it.

“She is in good health,” he said in a television interview, adding that “of course” she was fit to serve out her term, due to run until federal elections in October 2021.

“She stood for four years in office and the tasks we face make it necessary that we complete this time in office,” he said.

In addition to speculation over her shaking episodes, Merkel’s fourth term is being dogged by questions about whether the SPD will pull out of the loveless ruling alliance, which many in the left-leaning party want to quit.

The SPD suffered its worst showing nationwide since the return of democracy after World War Two in a European election on May 26, prompting its leader to resign and throwing the party into a fresh round of soul-searching.

An end to the coalition could yet be precipitated by regional elections in three eastern states in the autumn. Polls show the SPD is set to perform poorly.

But Braun expected the SPD to remain in the government with Merkel’s conservative bloc, known as the Union.

“I don’t think the SPD will bow out,” he said, noting that the government must deal with Brexit and help shape Europe’s future when Germany holds the rotating European Union presidency in 2020.

“I can’t expect a German Volkspartei (big tent party) to say ‘this is the moment for us to turn back and deal with ourselves’,” he said.

The SPD opposed the nomination, approved on Tuesday by European lawmakers, of Ursula von der Leyen – a Merkel ally – as the next European Commission president.

Asked whether Bundesbank chief Jens Weidmann would be a good fit for another, now vacant, top international job as chief of the International Monetary Fund, Braun replied:

“Of course he would be, but we have just got a big European job with Ursula von der Leyen as Commission president – that is something we should be pleased with before we think about whether many more other Germans could get top positions.”

On domestic policy, Braun said the coalition would reach an agreement this year on a binding plan to ban the use of the plant protection agent glyphosate: “We will agree this year.” 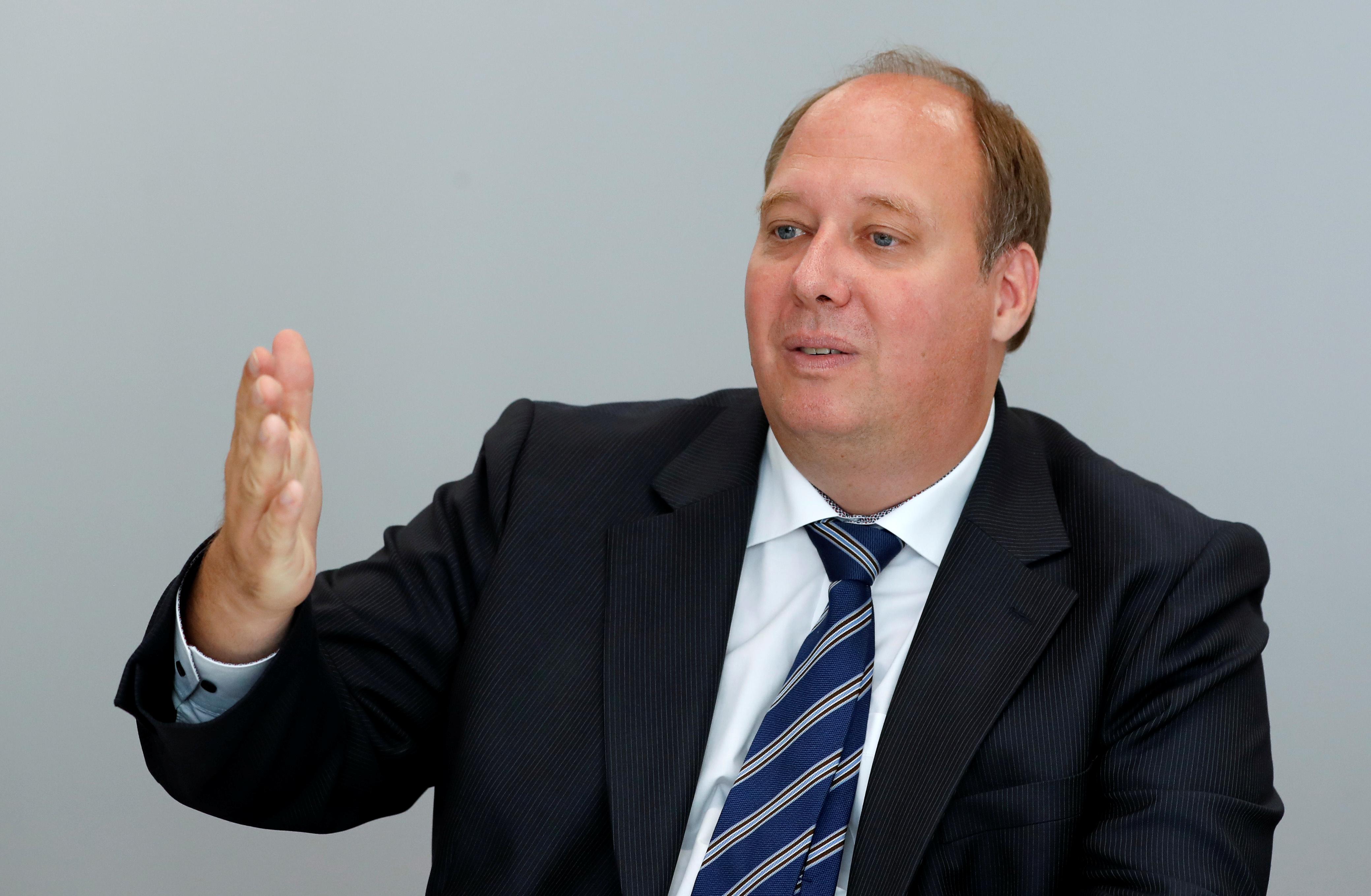 Germany’s Bayer has seen its shares under pressure following its $63 billion acquisition of Monsanto, which brought with it massive legal issues after more than 13,400 plaintiffs alleged the company’s glyphosate weedkiller caused cancer – a claim Bayer contests.

On environmental policy, Braun said he expected the government to agree carbon prices to incentivise savings in climate-damaging emissions, as Germany struggles to meet its 2030 environmental targets.

“This decision has not been taken yet, but I expect we will include a model of CO2 pricing in the overall basket on compliance with climate goals,” he said.