Many of the 426,000 party members are tired of propping up Ms Merkel, who has led Europe’s biggest economy for 14 years, including 10 in coalition with the SPD. They believe their party has slumped badly in the polls by conceding too much to Ms Merkel’s conservative Christian Democrats (CDU) on core policy and must ditch the unloved alliance and reinvent itself in opposition.

Support for Germany’s oldest party is now just above the all-time low it hit in June after its worst-ever performance in a European election prompted the departure of leader Andrea Nahles.

Since then, the SPD has been embroiled in a rancorous leadership race culminating in the membership ballot which ends today.

If no candidate wins more than 50 percent, a run-off vote will take place with the outcome expected at the end of November. A party conference will formally approve the choice in December. 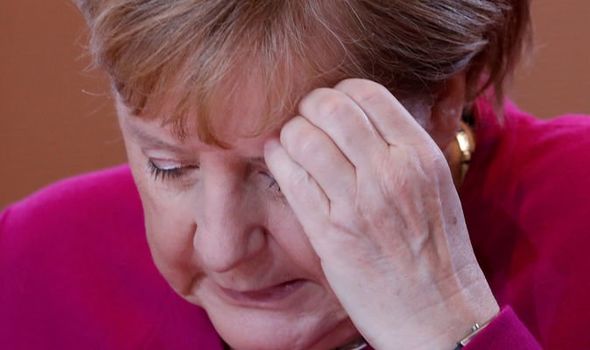 The latest incarnation of the Ms Merkel’s Grand Coalition was built on weak foundations at the start of 2018 after both parties suffered heavy losses in national elections the previous September.

It has lurched from one crisis to another with disastrous election results, backstabbing and leadership turmoil.

Rank-and-file members were always reluctant to link arms with Ms Merkel again after seeing their party’s support slump from 25 percent to just 20 percent and the rift caused by renewing the alliance was never healed with many now pushing for an early exit. 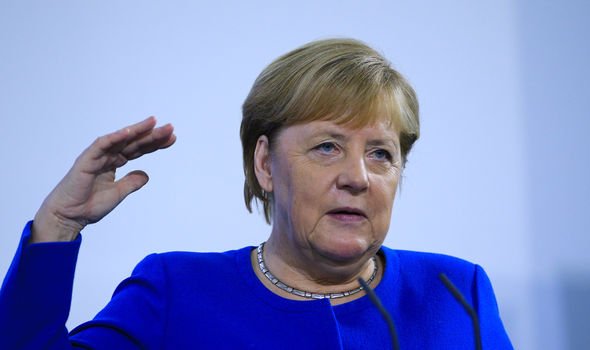 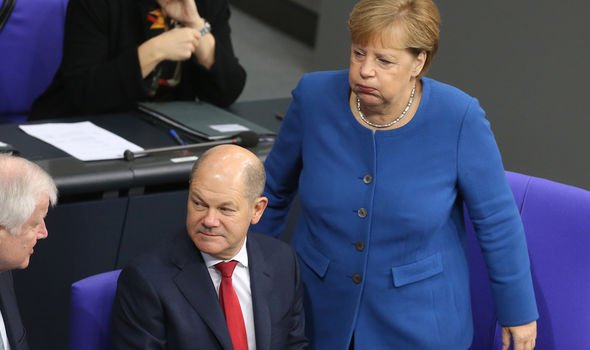 The SDP leadership election has been framed as a referendum on the coalition.

Abandoning it would probably trigger a snap election or leave Ms Merkel leading the country with a minority government – both unsavoury options for stability-loving Germans.

Politics analyst Frank Decker from Bonn University said said: “How things continue with the grand coalition is a big issue with members and has been the elephant in the room in the leadership race.

“Opinion is divided but more members probably preferred to quit government than stay.”

Both the SPD and Merkel’s conservative Christian Democrats (CDU) stand to lose in a snap election, while support for the Greens has more than doubled since the 2017 vote and the far-right AdF making gains in eastern Germany.

Twelve candidates are running on joint tickets. The highest profile, and probable frontrunner, is Finance Minister and Vice Chancellor Olaf Scholz – with a partner from the formerly communist east of Germany.

DON’T MISS
Angela Merkel’s ‘coalition of LOSERS’ lies on verge of COLLAPSE[INSIGHT]
Merkel on the brink: Coalition ‘will collapse before end of the year'[FOCUS]
END of Merkel? Greens close to ONE point in shock poll[POLL] 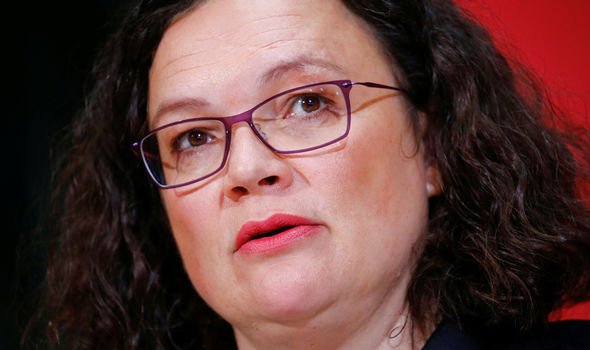 Two others pairs are clearly against it, including one led by Norbert Walter-Borjans, a little-known politician from Germany’s most populous state, North Rhine-Westphalia. The other two duos, while on the SPD’s left, are less explicit.

Most commentators tip the centrist Mr Scholz to win most votes thanks to his government experience and track record of winning elections in the city of Hamburg.

The pro-European SPD is languishing in polls at around 14 percent, way below Ms Merkel’s CDU on around 27 percent and the resurgent Greens and only just ahead of AfD.