Defiant Merkel refuses to back down in migrant feud that could cost her job: German leader insists there must be a European solution to asylum seekers

Angela Merkel has said maintaining an open-door migrant policy is crucial for keeping Europe united amid a political standoff with her Bavarian ally.

The row is over Merkel’s rejection of plans by Interior Minister Horst Seehofer for Germany to send back migrants who have registered in other European Union countries.

A reversal of her 2015 open-door migrant policy would be a huge blow to the authority of Merkel who has been in power for more than 12 years. 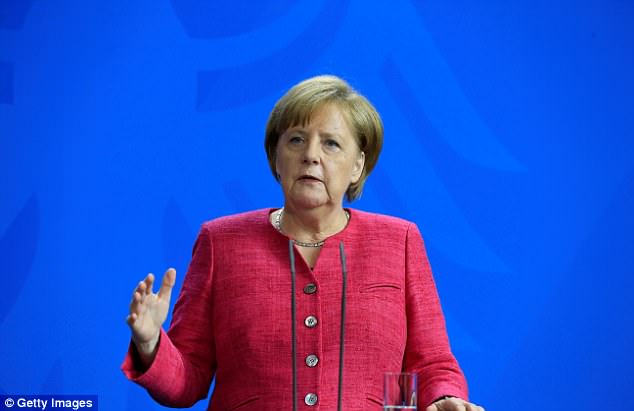 Angela Merkel (pictured in Berlin on Thursday) has said migration is an issue that ‘demands a European solution’. She claimed the issue was ‘decisive for keeping Europe together’ 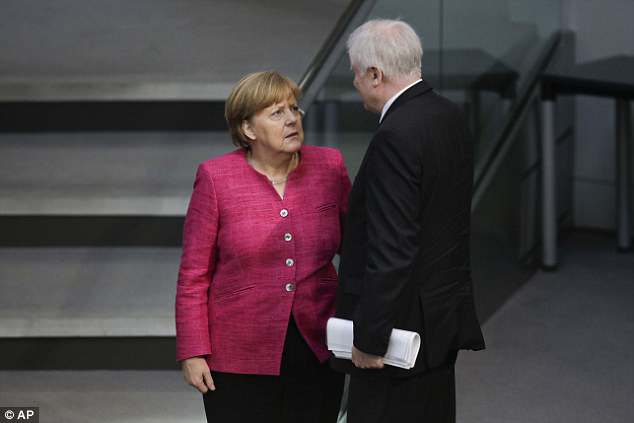 Standoff: Merkel is rowing with Interior Minister Horst Seehofer (pictured together) over his plans to send back migrants who have registered in other European Union countries

In her weekly podcast, three days before talks between Merkel and French President Emmanuel Macron outside Berlin, the chancellor hammered home her stance.

‘This is a European challenge that also needs a European solution. And I view this issue as decisive for keeping Europe together,’ she said.

Merkel wants two weeks to try to strike bilateral deals with partners, such as Italy and Greece, on migrants and to make progress at an EU summit on June 28-29 on an EU-wide policy.

Members say the minister will defy Merkel on Monday if no compromise has been reached by then, and go ahead with the plans alone.

Such an affront to Merkel could force her to fire Seehofer, and there is even talk of the end of the 70-year conservative parliamentary alliance between Bavaria and Merkel’s Christian Democrats (CDU). 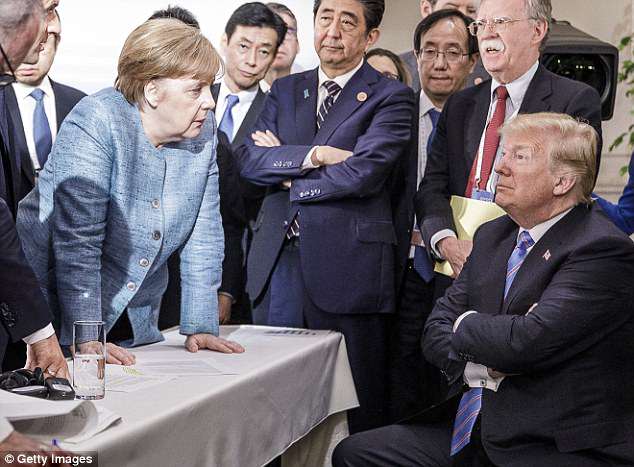 Without the CSU, the CDU and Social Democrats (SPD), the third party in her ‘grand coalition’, would lack a majority.

Last week, Merkel confronted the risk of losing the full support of her own CDU, many of whom support the CSU’s tougher line.

But she won over a majority of her lawmakers on Thursday and most are now behind her.

Merkel’s refugee policy, which has led to more than 1.6 million migrants arriving in Germany in the last three years, is widely blamed for a surge in support for the far-right Alternative for Germany (AfD), which entered parliament after a September election and is the main opposition party.

In her podcast, Merkel also said Germany and France, the EU’s strongest axis despite some differences, would try to give new momentum to European cooperation on foreign, defence and security policy to contribute to a strong and unified Europe.

She also said the partners would work on further developing the economic and currency union and innovation.