The Met Office issued the yellow weather warning for rain covering Grampian for Sunday. There is a “small chance that homes and businesses could be flooded, causing damage to some buildings”.

The national forecaster said there could be disruption to travel schedules, and issued for motorists with road closures.

There is the possibility that power cuts could affect communities, while others may end up cut off by floodwater.

The warning comes into force on Sunday morning, expiring at 3pm the same day.

Affected areas include Central, Tayside and Fife, Aberdeenshire, and the Highlands. 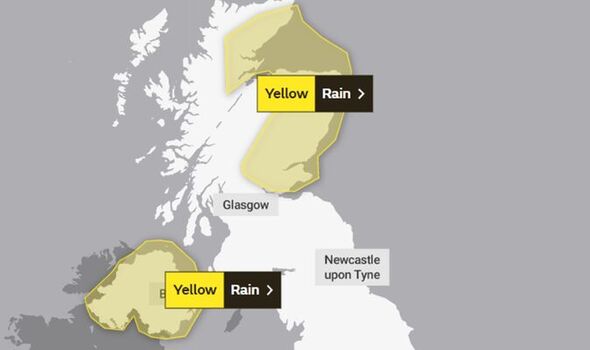 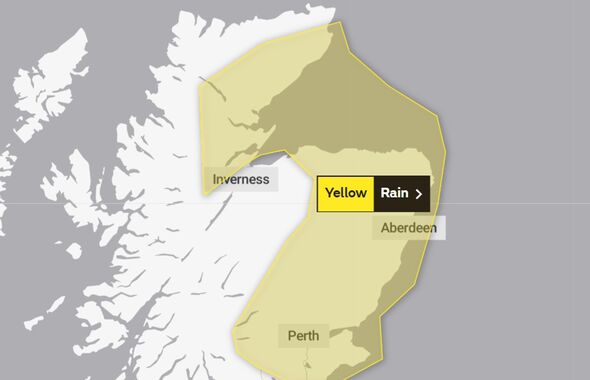 “The heaviest rain is expected during the early hours of Sunday and Sunday morning, with the highest rainfall totals building up over east and southeastward facing coasts, hills and mountains.”

Rainfall is likely to reach up to 60mm across the east coast of Scotland.

This may reach 80mm in a select few places, the forecaster added. 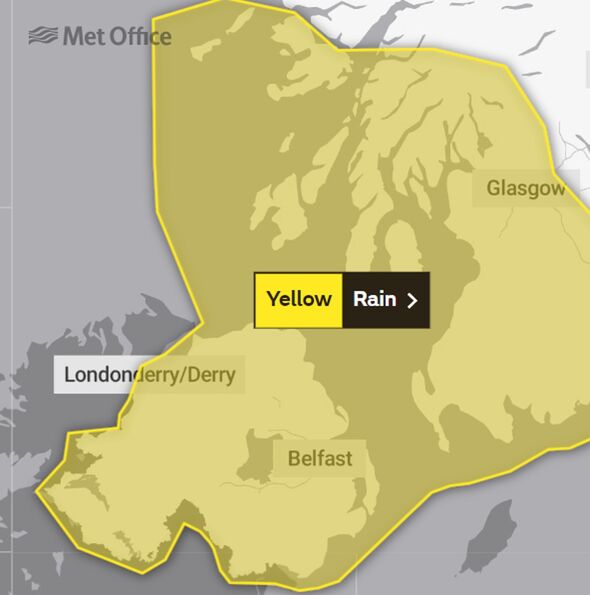 The Met Office also has a yellow weather warning for rain in place for Saturday.

It warned that “periods of heavy rain through Saturday may lead to travel disruption”.

The warning covers Northern Ireland and much of the western coast of Scotland.

The affected area begins just above Carlisle on the Scottish border. 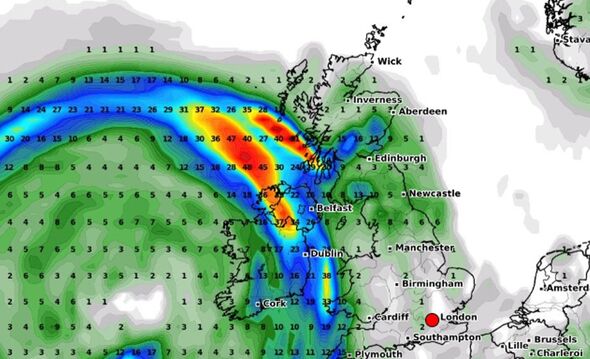 It stretches up to include Glasgow, up to Tobermory.

Up to 50mm of rain could fall in certain parts under the weather warning on Saturday.

In some spots in western Scotland, this could even reach 100mm.

The weather warning initially only covered the west coast of Scotland up to Ayr, before being extended.

It is not renewed for Northern Ireland and west Scotland on Sunday.