Serving Met Police officer, 38, is convicted of soliciting a prostitute after being caught in a sting operation by his own force

A serving Metropolitan Police officer has admitted soliciting a prostitute after being caught in a sting operation carried out by his own force.

The court heard he was off-duty at the time of the arrest, before Downing said he was ashamed by his actions.

The officer is currently on restricted duties and a misconduct hearing will now take place following his conviction.

Commander Andy Carter, in charge of policing in Camden and Islington, said: ‘We expect the highest standards of behaviour from our officers both on, and off, duty and this officer’s actions fell way below these expectations. 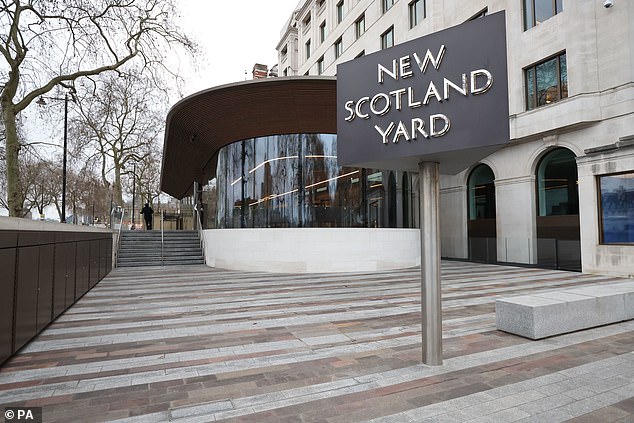 PC Tristan Downing, attached to the Central North Basic Command Unit, was arrested by colleagues as part of an undercover sting

‘He was caught as the result of a proactive operation targeting those who exploit sex workers. The Met is committed to rooting out all officers who break the law or are involved in dishonest or disreputable behaviour.’

In a statement, the Met added: ‘We cannot and are not waiting for the findings of ongoing inquiries to begin rebuilding the public’s trust and confidence that police officers will protect and respect them. We have already taken a number of significant steps to start real change across the organisation.

‘These include two independent reviews, an examination of all current investigations of sexual and domestic abuse allegations against Met employees and an increase in the number of investigators in our professional standards directorate.

‘The Met is driven by the values of professionalism, integrity, courage and compassion. We only want the best and will always act when our employees fall below the exemplary standards we and the public expect.’