The government claims the Covid-19 curve has been flattened and there will be a dramatic drop off in virus related deaths in the coming days. 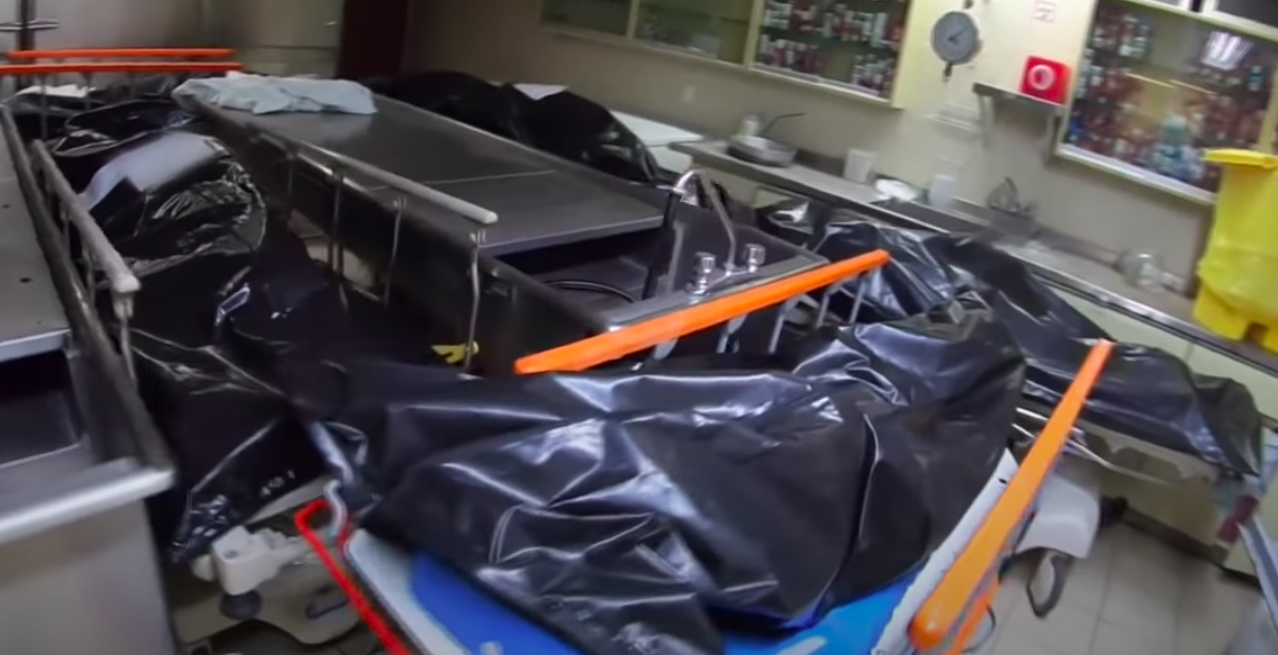 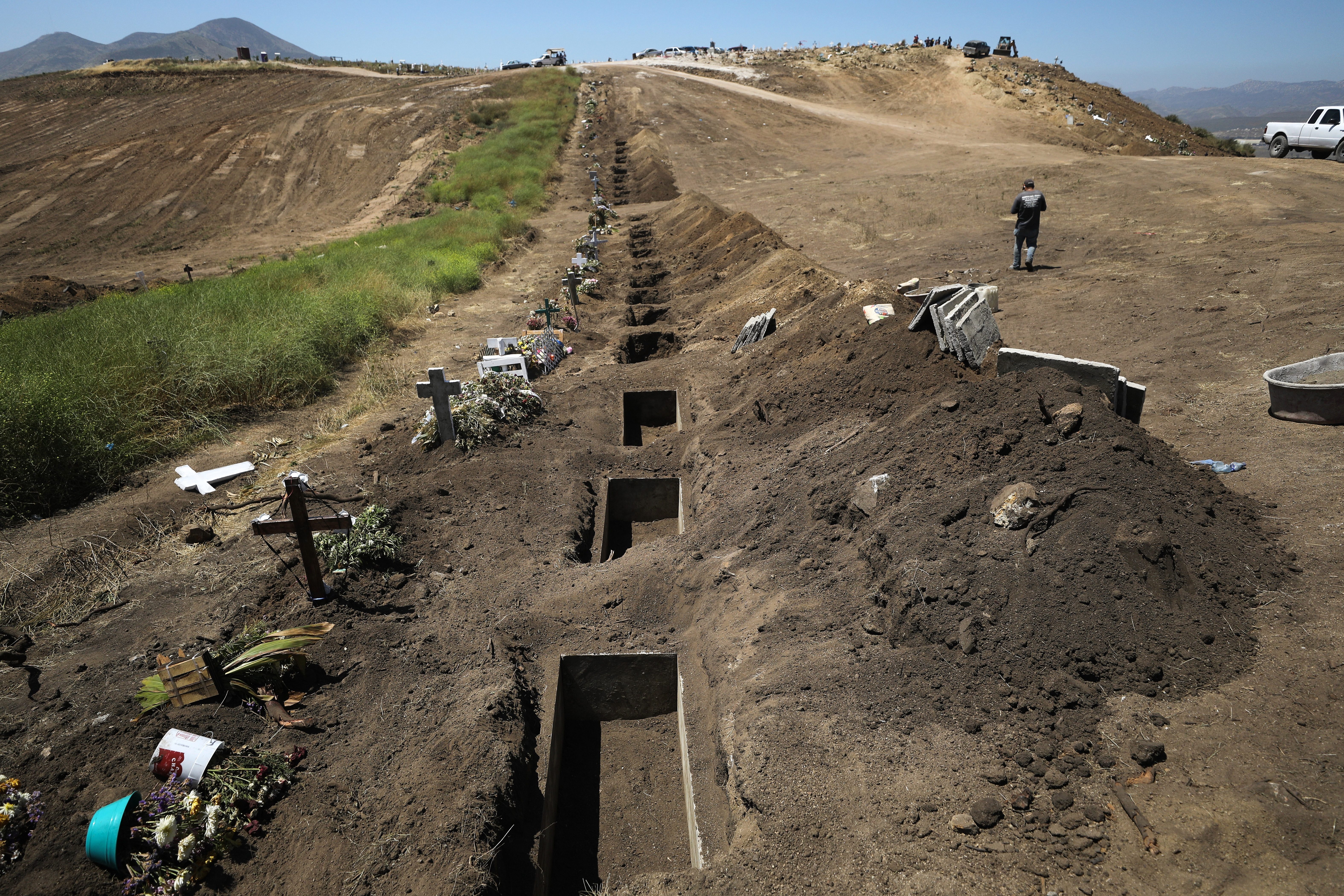 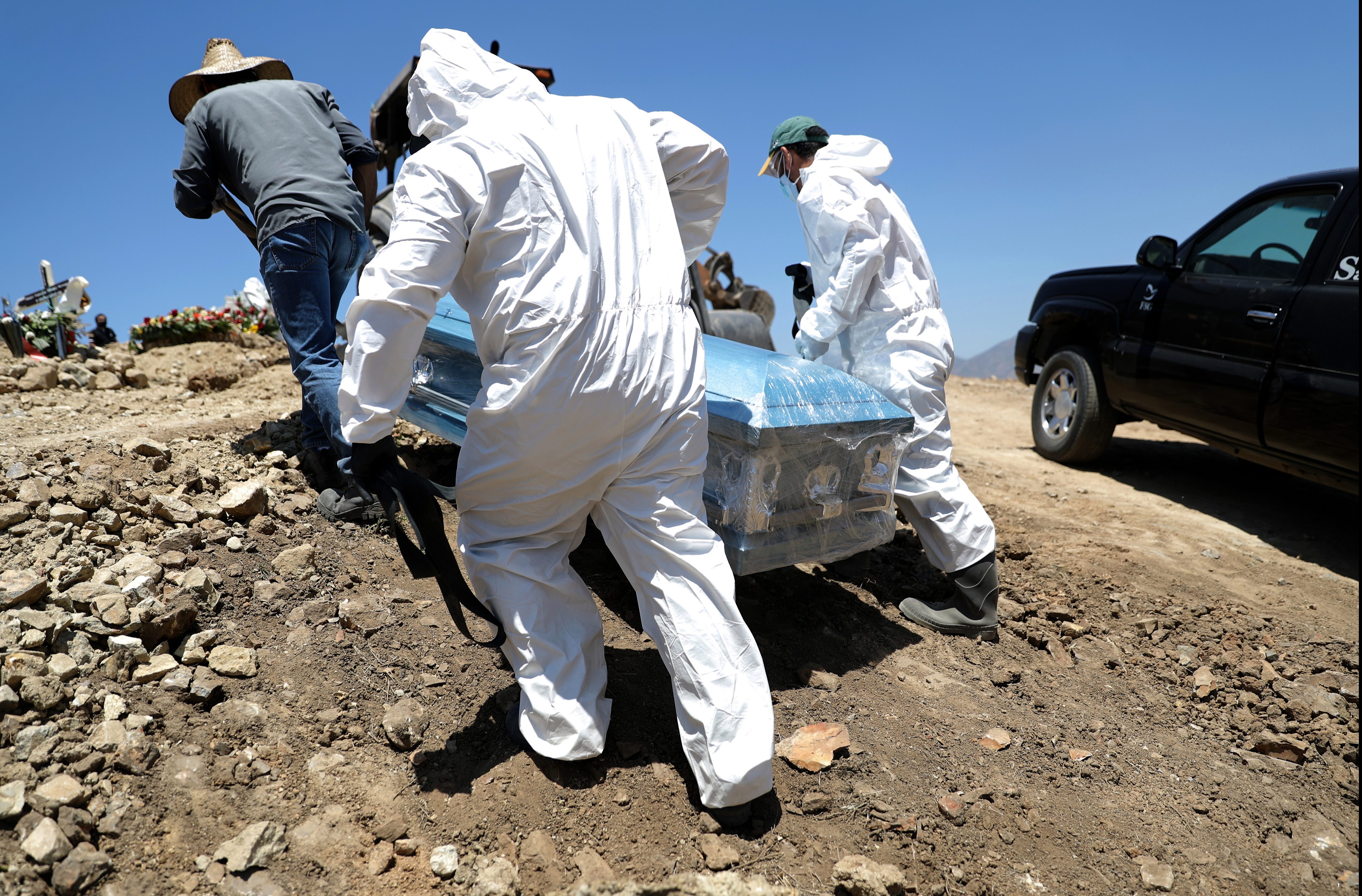 But images and footage of mass graves being dug and morgues and storage rooms packed out with corpses suggest otherwise.

Mexican health officials on Tuesday reported its largest single-day jump in COVID-19 case numbers, with 1,997 new cases and 353 deaths, bringing the total to has over 38,000 confirmed cases and almost 4,000 deaths.

Yet in fact the number of people dying from the coronavirus pandemic in Mexico is five times higher than official government figures, health department insiders told Sky News.

Mexico has done relatively little testing, with about 120,000 coronavirus tests reported so far in a country of almost 130 million.

That is equivalent to only about 0.6 people per 1,000 inhabitants tested, the lowest rate in the Organisation for Economic Cooperation and Development.

That will make it hard to judge whether the re-opening will risk a renewed upsurge in cases.

President Andres Manuel Lopez Obrador pledged today to begin reopening Mexico's economy next week even as hospitals from Mexico City to the border reeled under the pressure of the largest one-day jump in Covid-19 case numbers and the lack of testing made decision-making difficult.

They're obviously lying…they are not going to give you exact numbers, and I am not just talking about Mexico City, but the entire country

In a recent briefing, Obrador told the nation: "What the world knows about Mexico is that we are taming the pandemic, and we are basically doing this because Mexican people are making a conscious effort."

In much of Mexico City, the second largest city in Latin America, there is virtually no social distancing.

Sky News spoke to Carlos, waiting for his sister outside the cemetery, waiting there to collect the remains of her husband who died after experiencing "flu-like symptoms".

Accusing the government of lying, he said: "They're obviously lying.

"Here everything is a mess, they are not going to give you exact numbers, and I am not just talking about Mexico City, but the entire country.

"They won't give you exact numbers here."

Javier Maranon, who was waiting for the remains of the family's matriarch Maria who died of COVID-19 this week, said: "People don't understand because there are many people who still keep going out without a face mask on, they keep playing in the parks.

"But the government has the responsibility to give real numbers, real figures, so that people are informed of what is going on, that there are many cases.

"But if there are people who don't want to understand, then that would be on that person, because the government cannot be scolding each person. But it is extremely important." 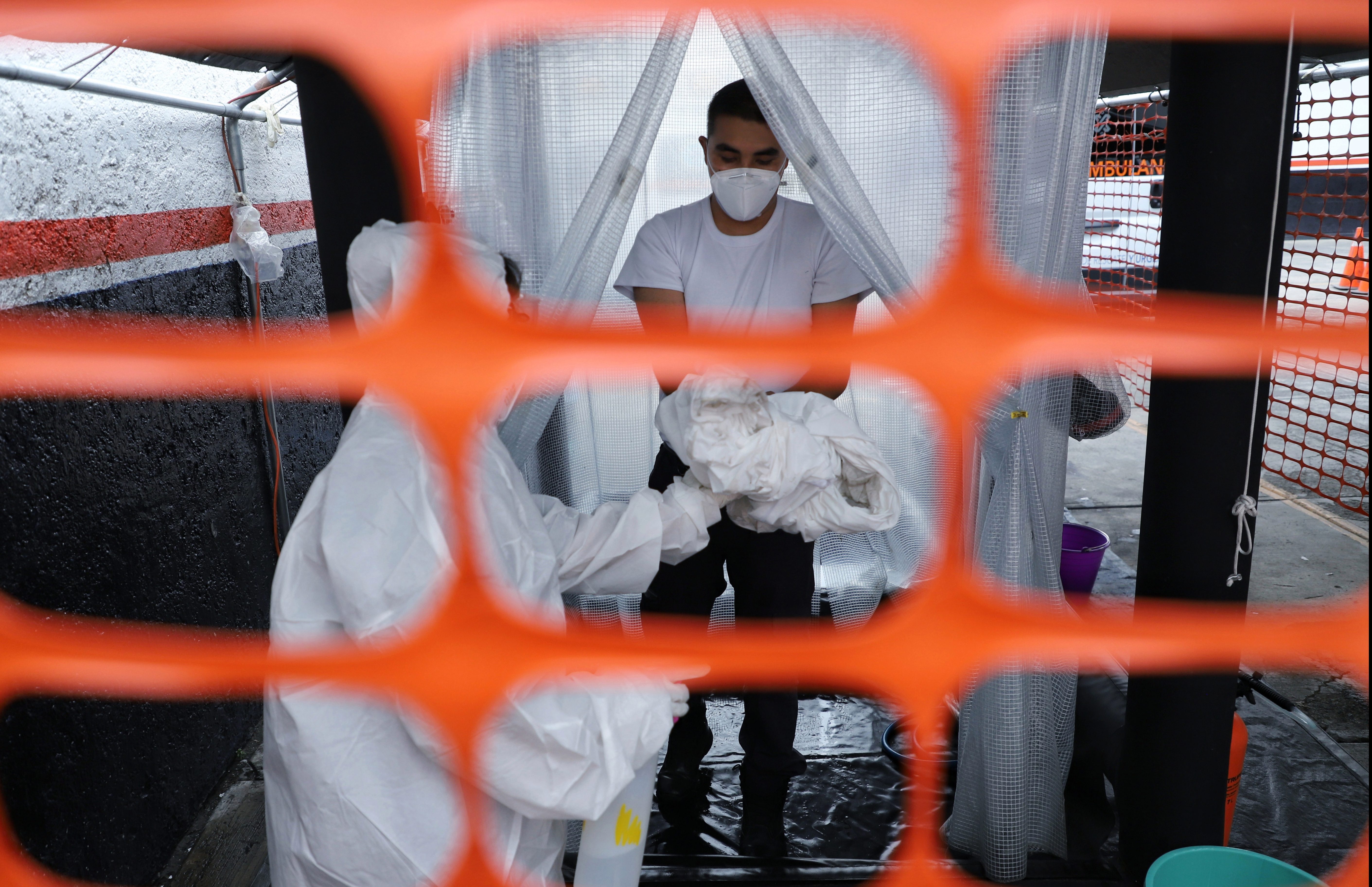 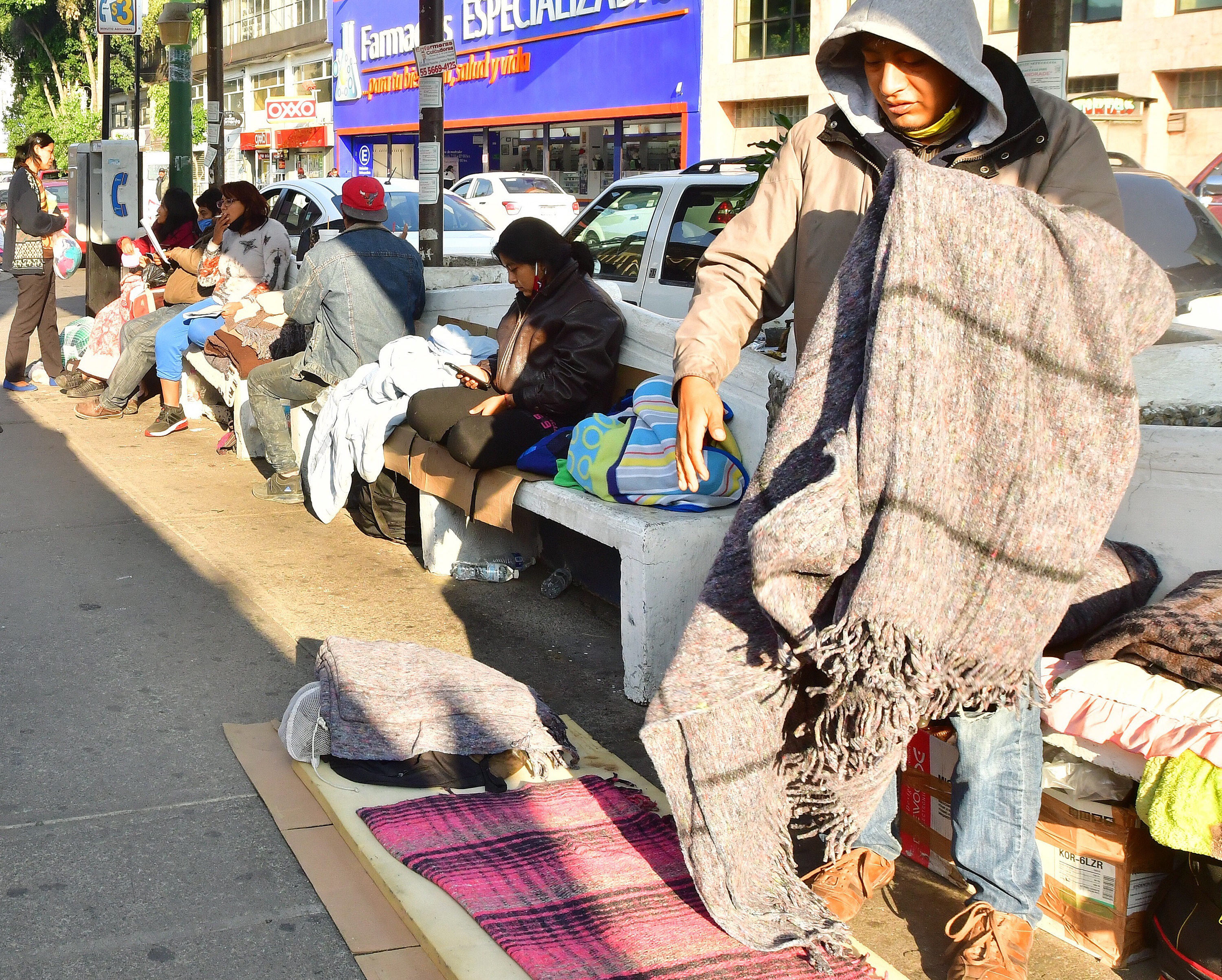 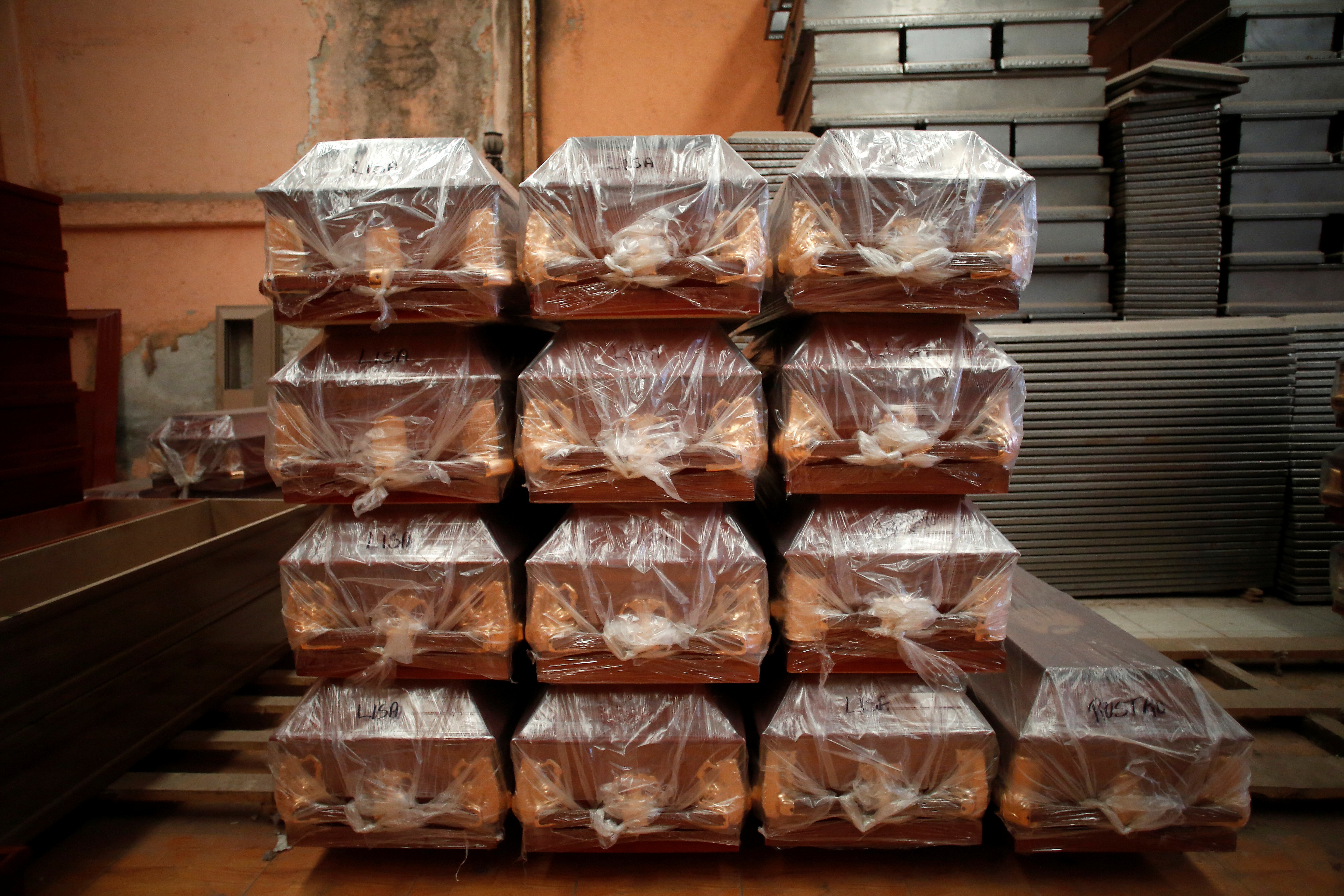 But while Mexico's leaders are being blamed for a lackluster approach to curbing Covid-19, the sons of El Chapo have stepped in.

They are brutally enforcing coronavirus lockdown rules in a Mexican city as they threaten people who breach the measures with torture.

Video is being shared online of the cartel bosses' men patrolling the streets in cars – telling those who do not comply they will be punished.

Punishments include "arrests", "sanctions", "fines" and "boardings" – the act of being beaten with a wooden plank.

The two sons are now said to run their infamous dad's Sinaloa Cartel, which has its base in Culiacan and has an estimated value of $1billion from the drugs trade.

Notorious drug lord Joaquin "El Chapo" Guzman is currently in a maximum security prison in the United States after being extradited in 2017.

Sinaloa enforcers are cruising the streets while heavily armed to impose the coronavirus lockdown, reports the Yucatan Times.

In the video, a voice says: "After ten o’clock at night, all the people must be inside their homes due to the coronavirus, otherwise they will be punished.

"These are orders from above. This is no game, we’re not playing." 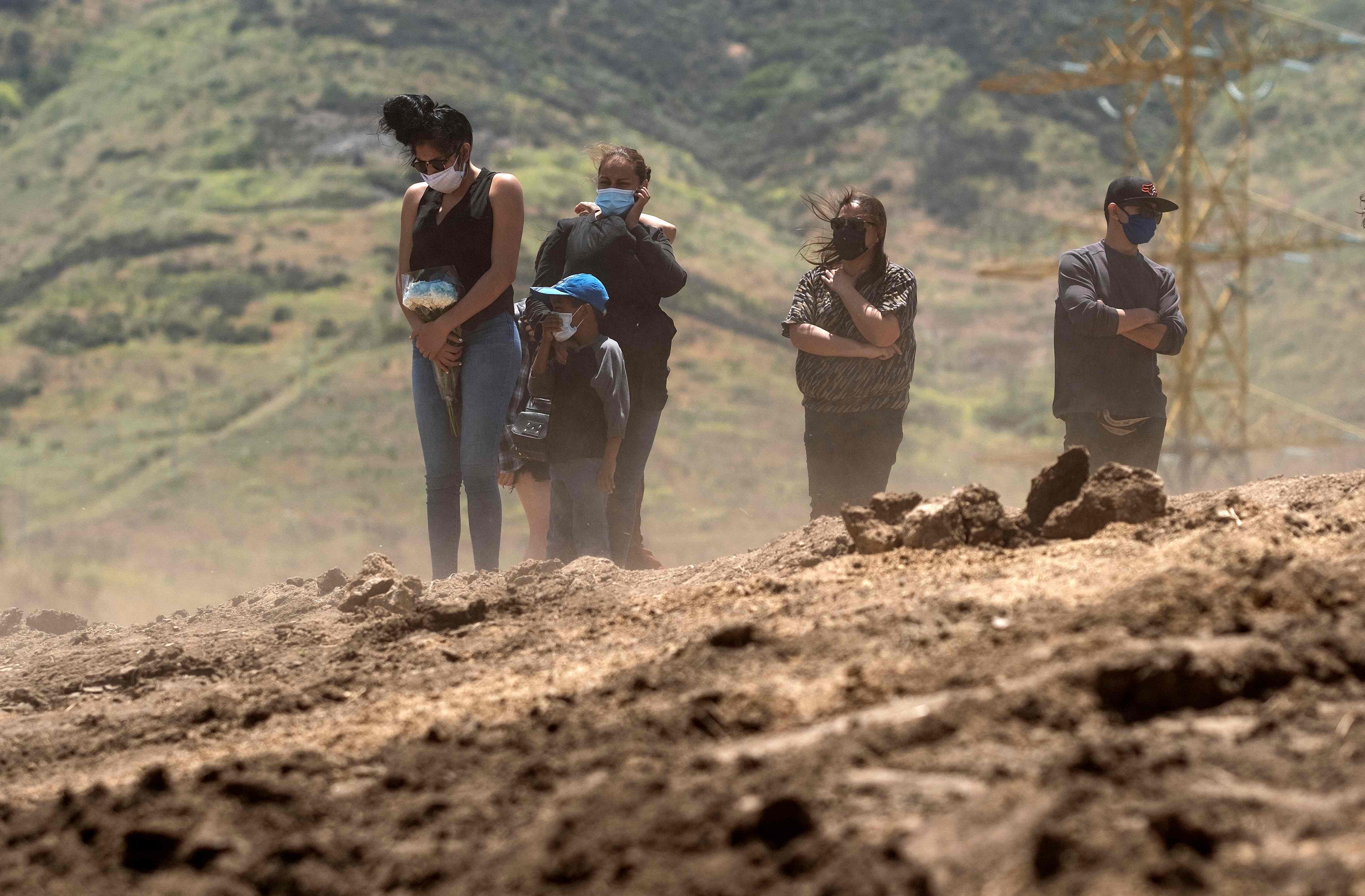 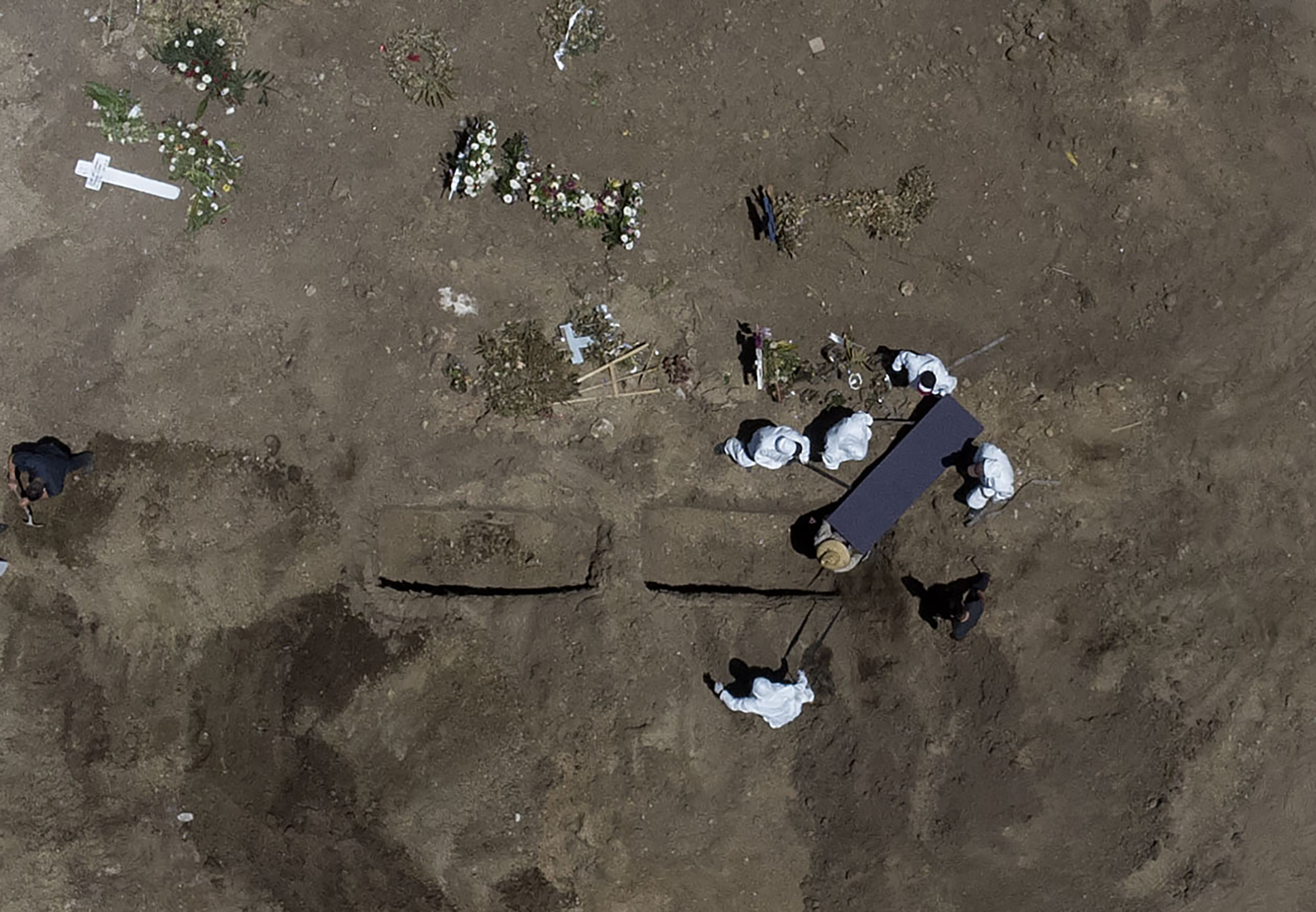 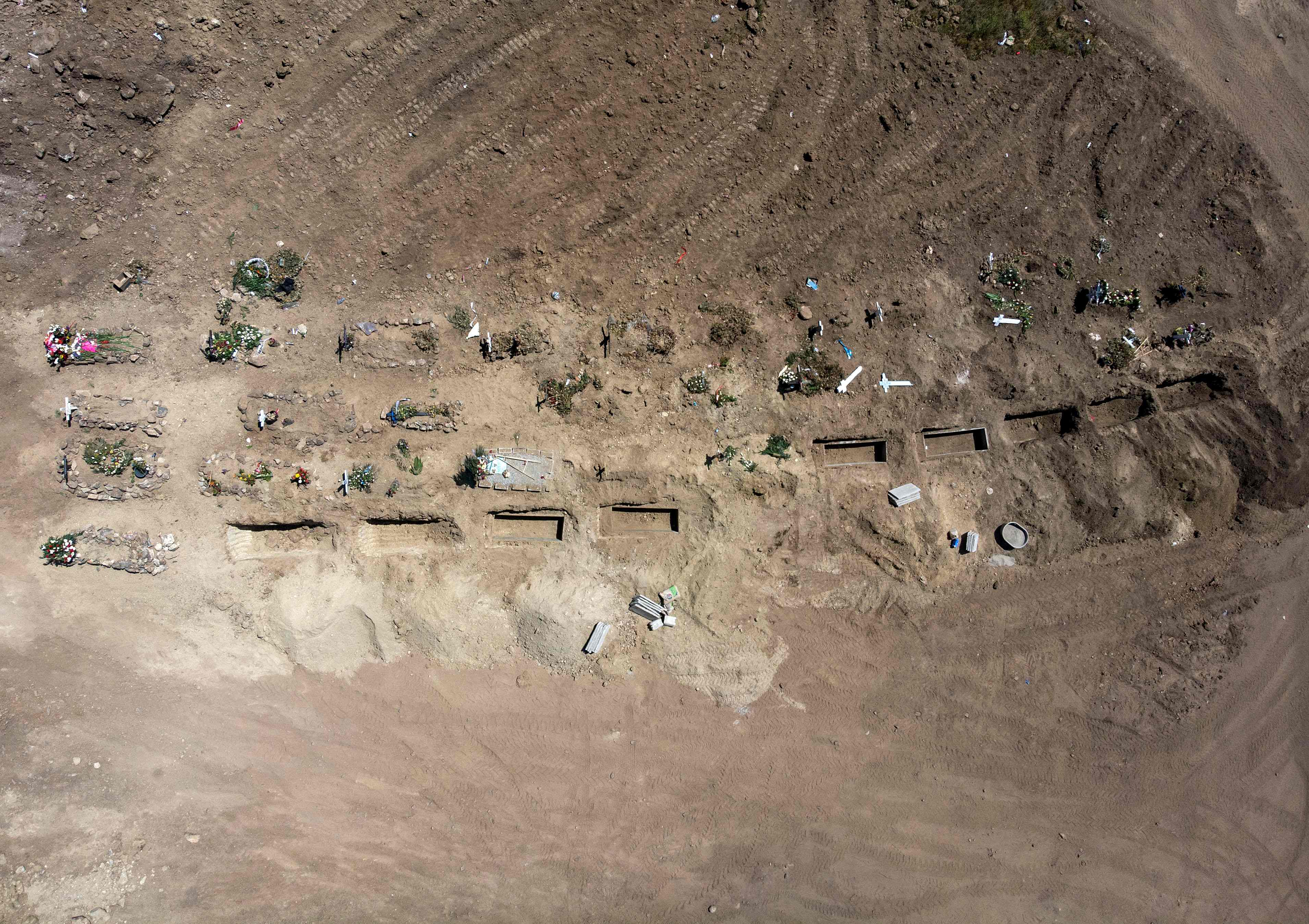 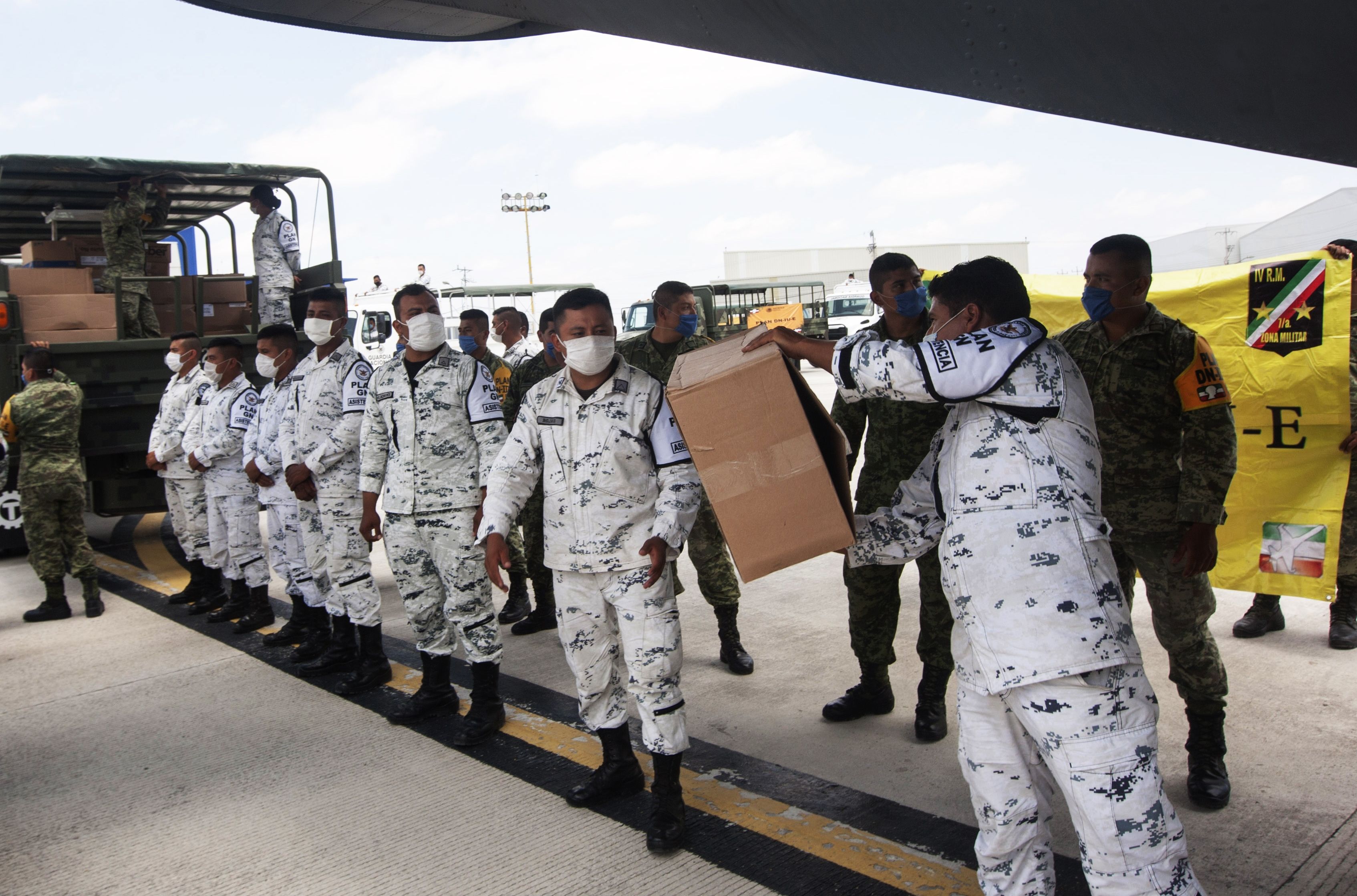