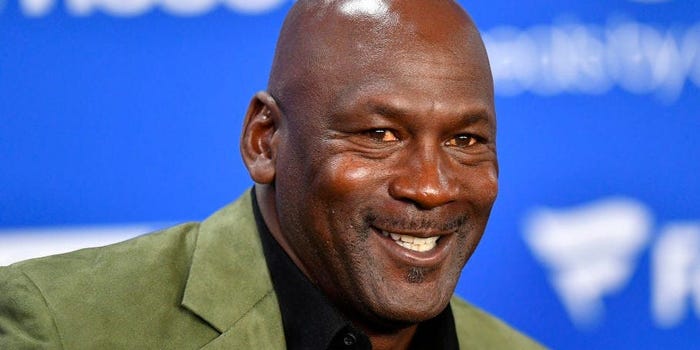 NBA star Michael Jordan said he will be donating all $2 million of the proceeds from his documentary series "The Last Dance" to feed families and individuals in need.

"In these challenging times and in a year of unimaginable difficulty due to COVID-19, it's more important than ever to pause and give thanks," Jordan told nationwide hunger-relief charity Feeding America. The donation will go directly to food banks in Chicago and the Carolinas.

Feeding America tweeted the news on Wednesday, calling the donation "an incredible gift to be thankful for."

Forbes reported in April that Jordan was estimated to earn between $3 million and $4 million from the series, but would donate all proceeds to charity.

The Chicago Bulls MVP has made significant charitable donations in the past, and most recently promised $100 million to racial equity and education-based organizations over the next 10 years from the Jordan Foundation.