Last week, Mick Schumacher took part in a two-day test drive for Ferrari in Bahrain for the first time. The 20-year-old son of Michael Schumacher completed 126 laps fun the famous red motor racing car over the 48 hours at the Bahrain International Circuit. Mick made an immediate impact, posting the second fasted overall time last Tuesday, despite it being his first ever stint in an F1 car.

His behaviour reminds me of his father, the approach is quite similar, the way he deals with the car. I already saw it the first time when I saw him in Maranello

He then followed that up with the sixth-fastest time on Wednesday, after switching to drive for Alfa Romeo.

Ferrari team boss Mattia Binotto has already heaped huge praise on Mick, despite him being in the very early stages of what could be a hugely successful motor racing career.

He told German newspaper Bild: “His behaviour reminds me of his father, the approach is quite similar, the way he deals with the car. I already saw it the first time when I saw him in Maranello.”

During Michael’s decade-long stint at Ferrari from 1996-2006 when he won five world championships, the team manager was an engine specialist for the famous red team. 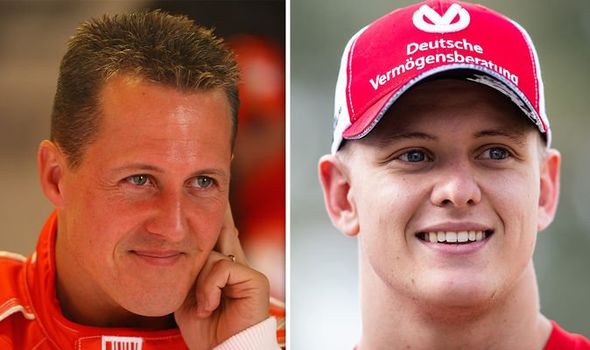 Commenting on his performance during the test drive in Bahrain, Mr Binotto said: “He listened well, did not chase the limit, but slowly increased lap after lap, which is the most important thing on such a day.”

The racing rookie will also test drive a Ferrari prior to the grand prix in his home country of Germany in July, according to German newspaper Kohler Express.

Jorn Teske, a marketing spokesman for the Hockenheimring circuit, hinted Mick could again be on the track in his home country – much to the delight of thousands of fans.

He told Bild: “First of all, we are pleased that Mick Schumacher has made such a successful start in Formula 2.

“We would also like to have seen him at the Hockenheimring in the battle for Championship points. 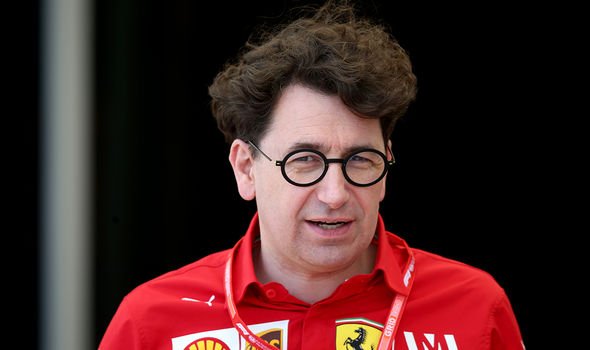 “His way into the F1 seems pre-drawn and a test here at the Hockenheimring in the context of the F1 weekend would be an absolute highlight for the German fans.”

Michael Schumacher has not been seen in public since he suffered a serious brain injury after falling and hitting his head on a rock whilst skinning in the French Alps in December 2013.

Updates on his health and medical condition have been scarce, with the motor racing legend’s family preferring to keep details private.

But in January, they issued a rare update on his health, and said in a statement: “You can be sure that he is in the very best of hands and that we are doing everything humanly possible to help him.

“Please understand we are following Michael’s wishes and keeping such a sensitive subject as his health in privacy. 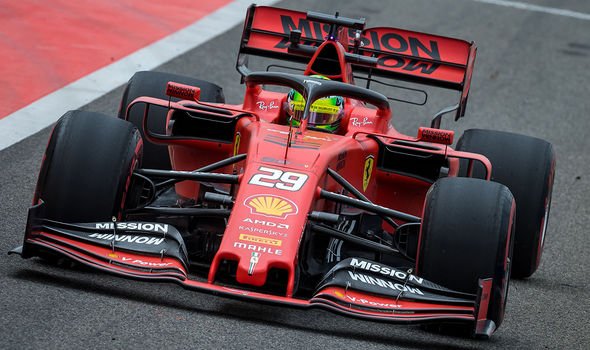 “At the same time we say thank you very much for your friendship and wish you a healthy and happy 2019.”

A month later in February, a report in German magazine Bunte claimed Schumacher spent Christmas, New Year and his 50th birthday at his family’s villa in Majorca.

The Schumacher family bought the luxury property in July 2018 as a holiday home for around £26.3m. It offers dream views of the sea, palm trees, garden, and has two swimming pools on a 15,000 square metre plot.

The report said medical staff were on duty at the Majorcan villa throughout his Christmas break.