Mrs Obama talked about the decisions behind the outfits that made headlines during her time as first lady during a conversation with fashion icon Sarah Jessica Parker during the event on Wednesday night. 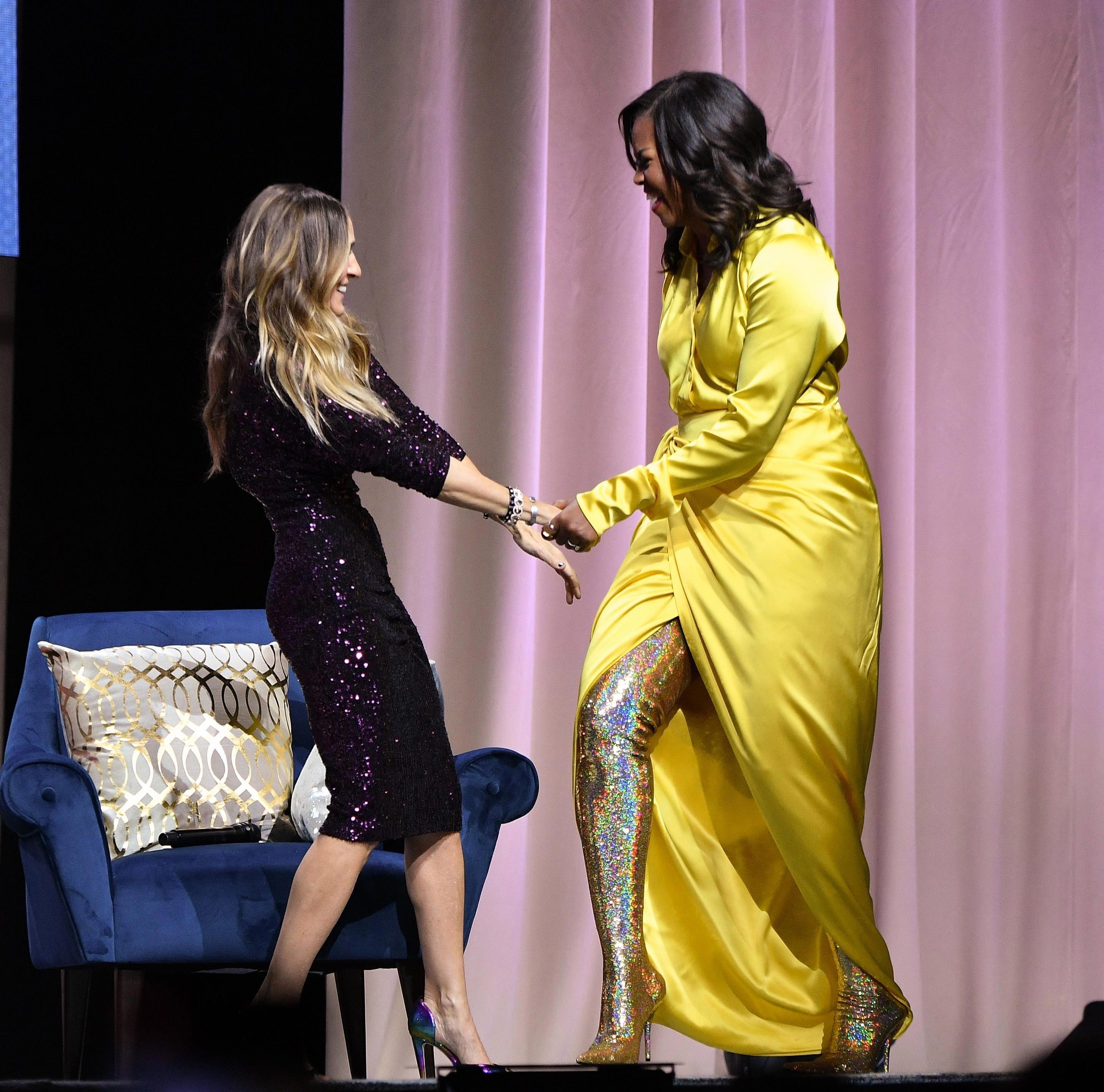 During Michelle Obama's eight years as first lady, she became a powerful influence in fashion and after she wore a dress and it would sell out within hours.

Mrs Obama made a daring statement as she dressed in a gold Balenciaga wrap dress with above-the-knee gold sparkling boots – also from the designer – for Wednesday's event.

She said she knew as a woman, her clothes would be dissected and mentioned no matter how weighty the topic she was talking about as First Lady.

"I did know that my clothes were making a statement, I knew that was the case," she said. 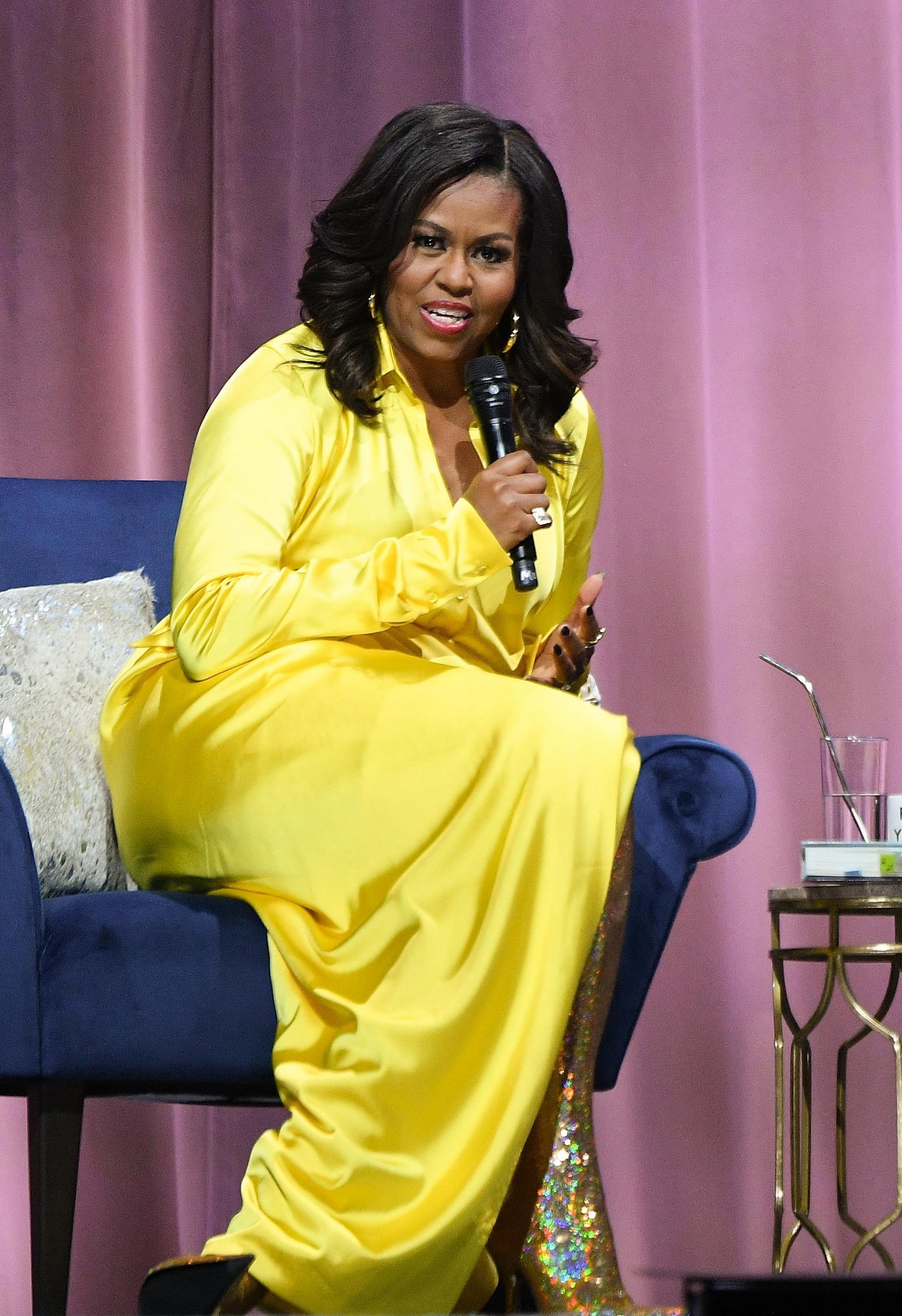 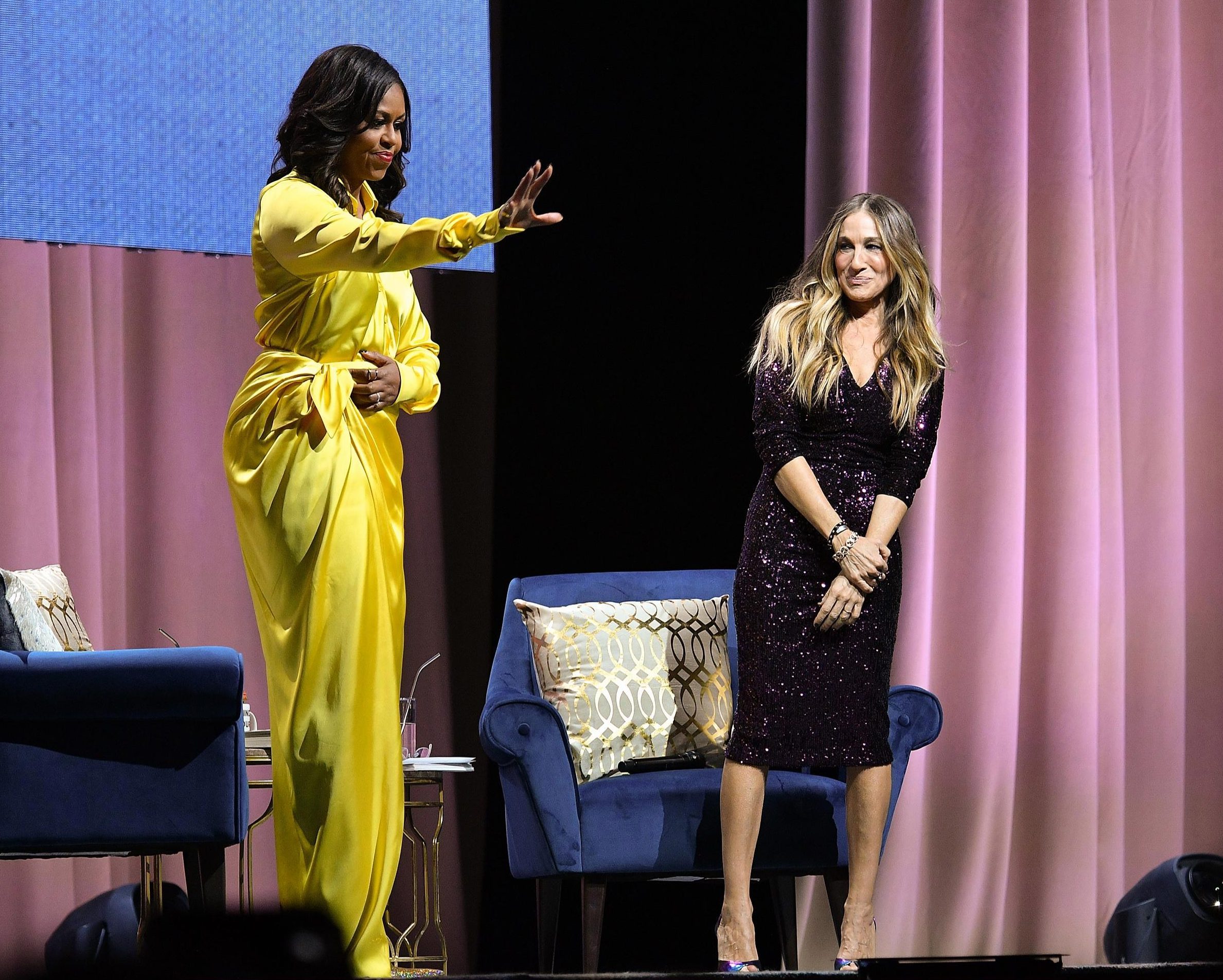 "So we decided why don't we use this platform to uplift some young new designers who normally wouldn't get this kind of attention, because you can change their lives, which is one of the reasons why we chose Jason Wu for my inaugural gown."

She also said Wu didn't expect it, unlike some big designers who felt as if they should have the honour.

She continued: "You learn that there are people in this scene who feel entitled to these things because they've done it for a while, and I hated that feeling. There are whole lot of people out here who are trying to make it, there are young women and immigrants and black folk." 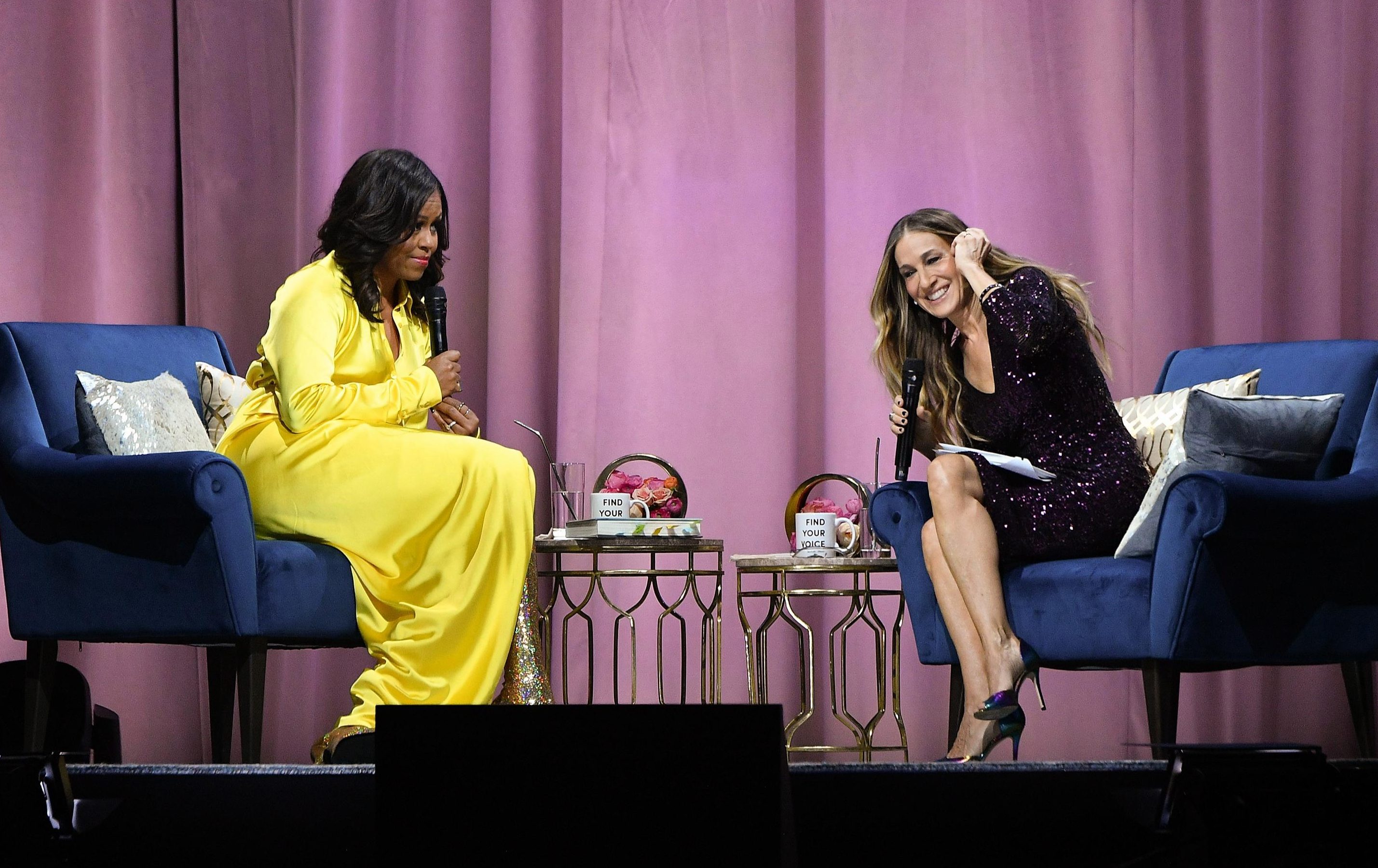 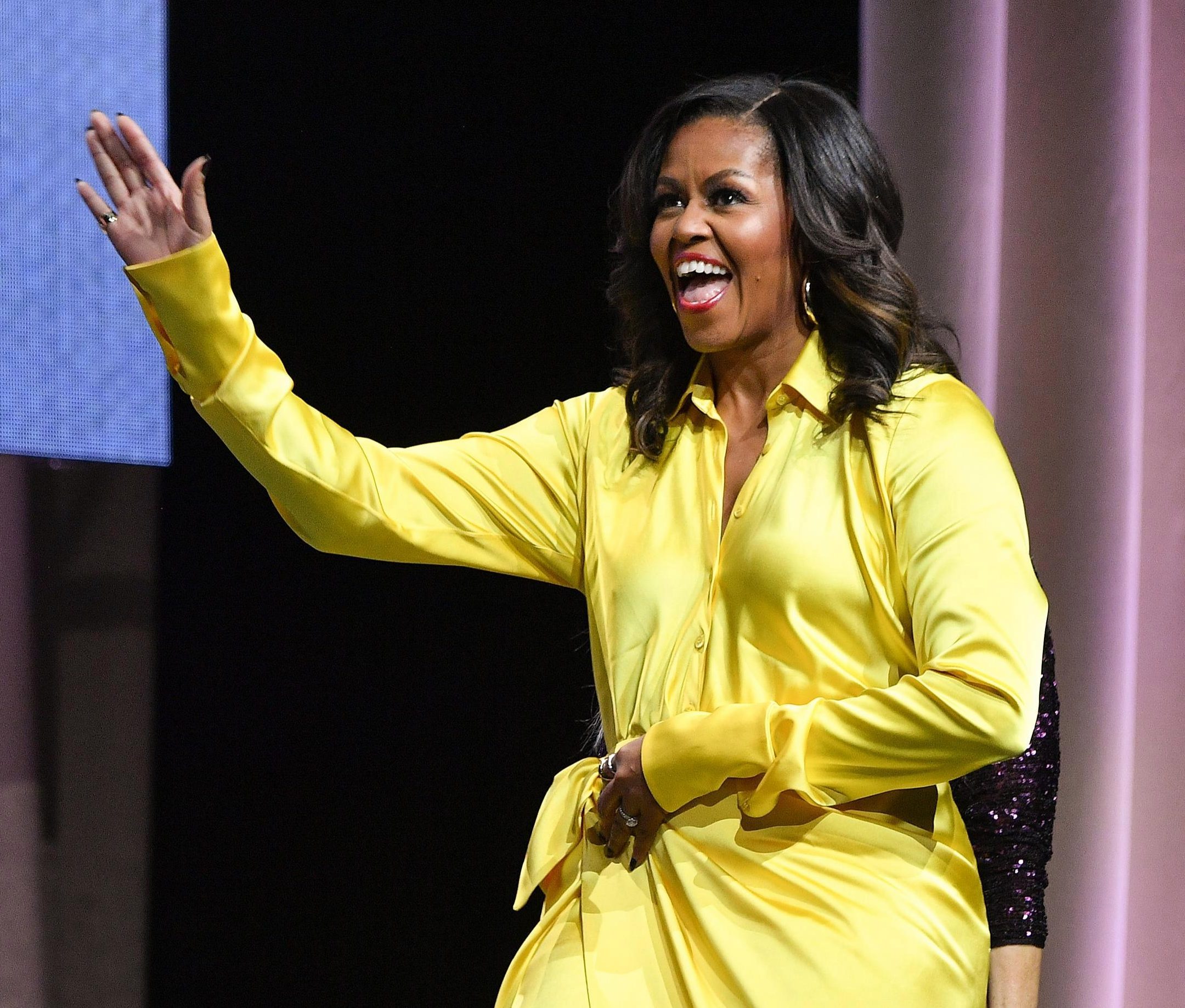 Parker and Mrs Obama spoke for more than an hour before a sold-out audience at the Barclays Center in Brooklyn, New York.

The event was the last date on the first leg of her 'Becoming: An Intimate Conversation with Michelle Obama' tour which has sold out at arenas across the US. It is matched in popularity with her 'Becoming' book, which has sold more than three million copies since its release last month.

During the wide-ranging conversation, Mrs Obama only briefly mentioned the Trumps by name but jokingly alluded to the investigations involving the Trump administration.

Mrs Obama said as the first black president of the United States, former President Barack Obama and his staff felt no mistakes could be made.

"Often time, when you're the first or the only, the bar shifts a lot, right?

"The bar gets set, you meet it, exceed it, they move the bar, and were watching that right now the bar's just swinging, and swinging," she said, to the laughter of the audience.

"It's a totally new bar never seen this bar before, ever," she added. "But when were in office, our bar was very different not getting indicted, and telling the truth."

Later in the talk she said: "This is going to reported on 'Michelle Obama throwing shade,'" she said to more laughter. "These are just facts!"