THE organizer of a coronavirus lockdown rebellion group has allegedly claimed that taking supplements costing up to $75 a month will help people beat the coronavirus.

Garrett Soldano, who created the Michiganders Against Excessive Quarantine Facebook group which led to protests in the state capital last week, recently advertised the pills through Juice Plus+. 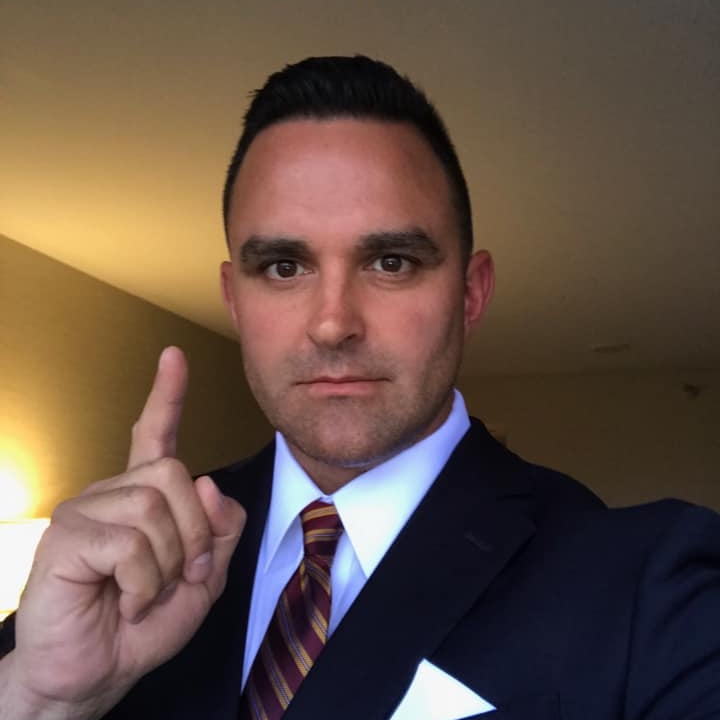 According to DailyMail.com, Soldano told podcast listeners in March to sign up for Juice Plus+’s tablets and chewable vitamins so they could “dominate your nutrition.”

He reportedly said he had been giving the pills to his own family — and because of this, if they were to be infected with the virus, they will “get over it.”

Soldano said Juice Plus+ — for which he works as the national marketing director — will “literally” turn bodies “into an environment of greatness and you'll dominate any virus.”

He didn’t provide scientific evidence of his claims, and Juice Plus+ seemingly distanced themselves from Soldano’s remarks. 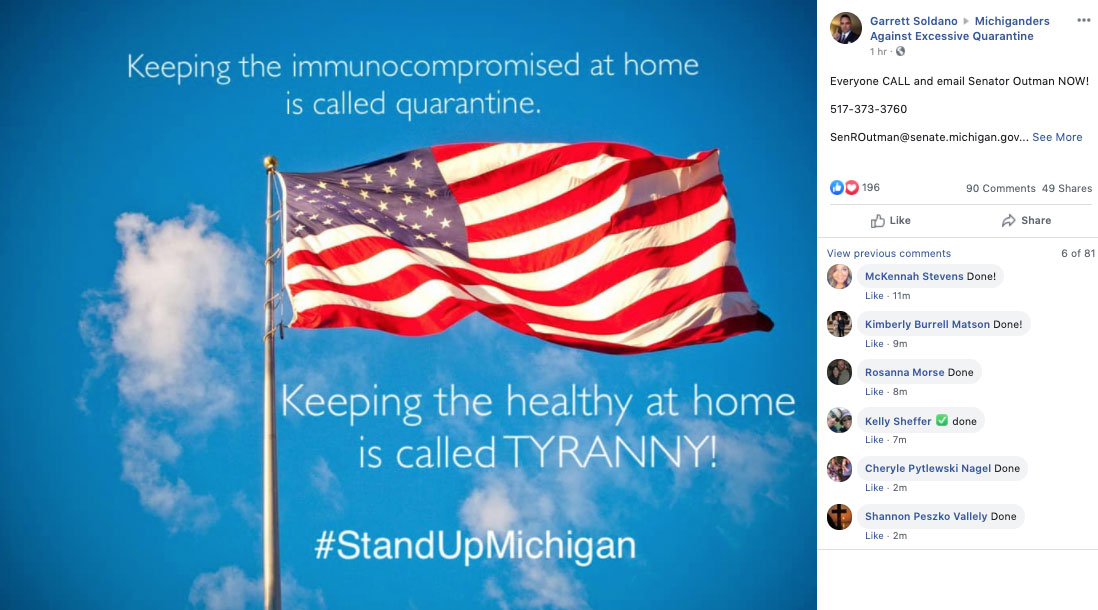 Juice Plus+, which did not immediately return The Sun's request for comment, told the Mail in a statement: “We make no claim and have no data to support that our product prevents or treats COVID-19.”

“The best way to protect yourself and others during this unprecedented time is to follow the latest guidance from public health officials and your health care provider.”

A former NFL player, Soldano — who also did not immediately respond to The Sun's request for comment — now seems to run a chiropractic practice, according to a website that appears to be his. 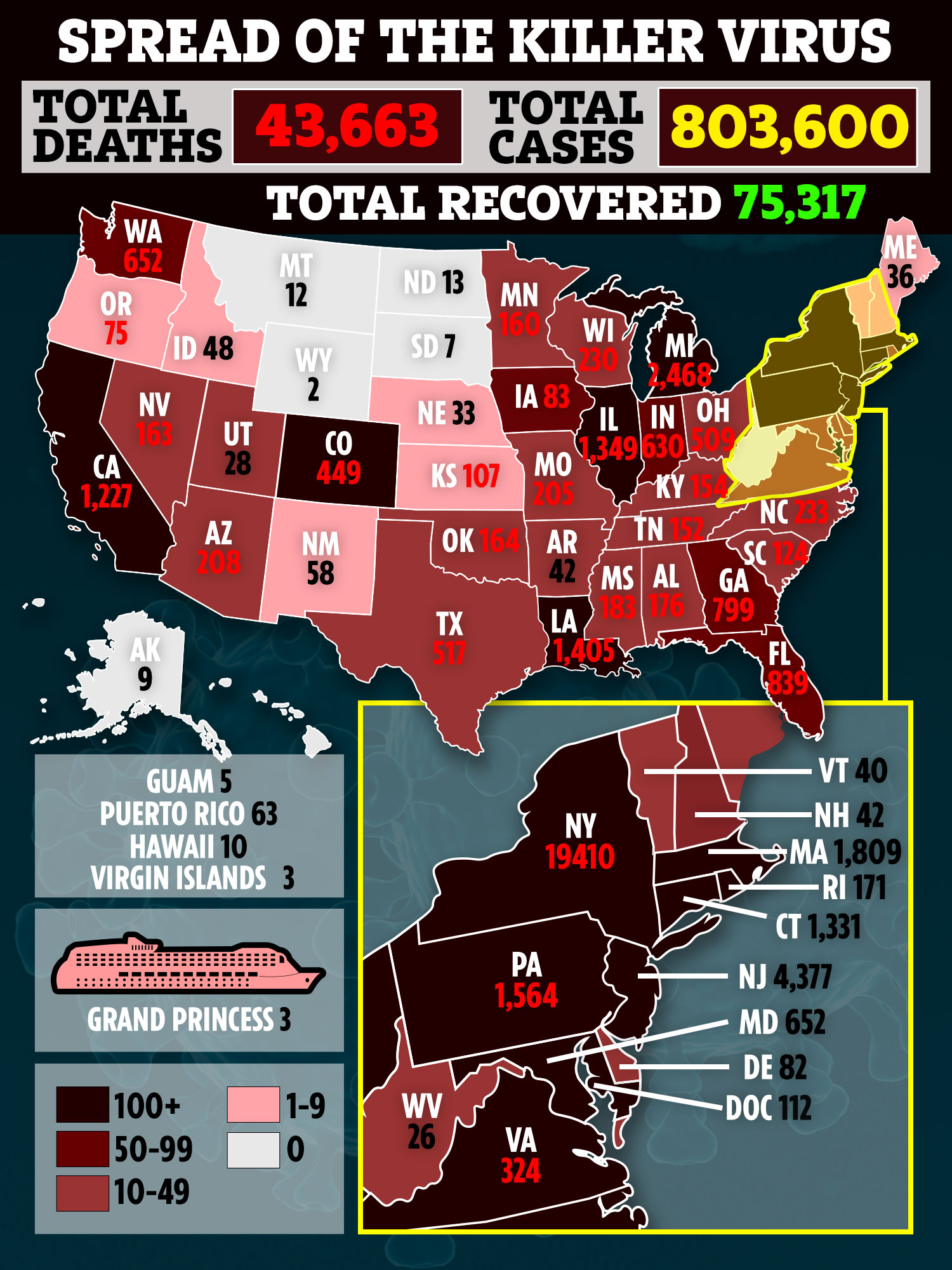 He quickly drew hundreds of thousands of followers, and told WJBK: "I was like, 'I'm going to reach out to 500 people, hopefully there are 500 people like me.’”

Soldano claimed: "The solution to this can't outweigh the potential of what can happen if we continue to shut our economy down.”

"The suicides, the stress. All these other things that will happen if we continue to extend this out." 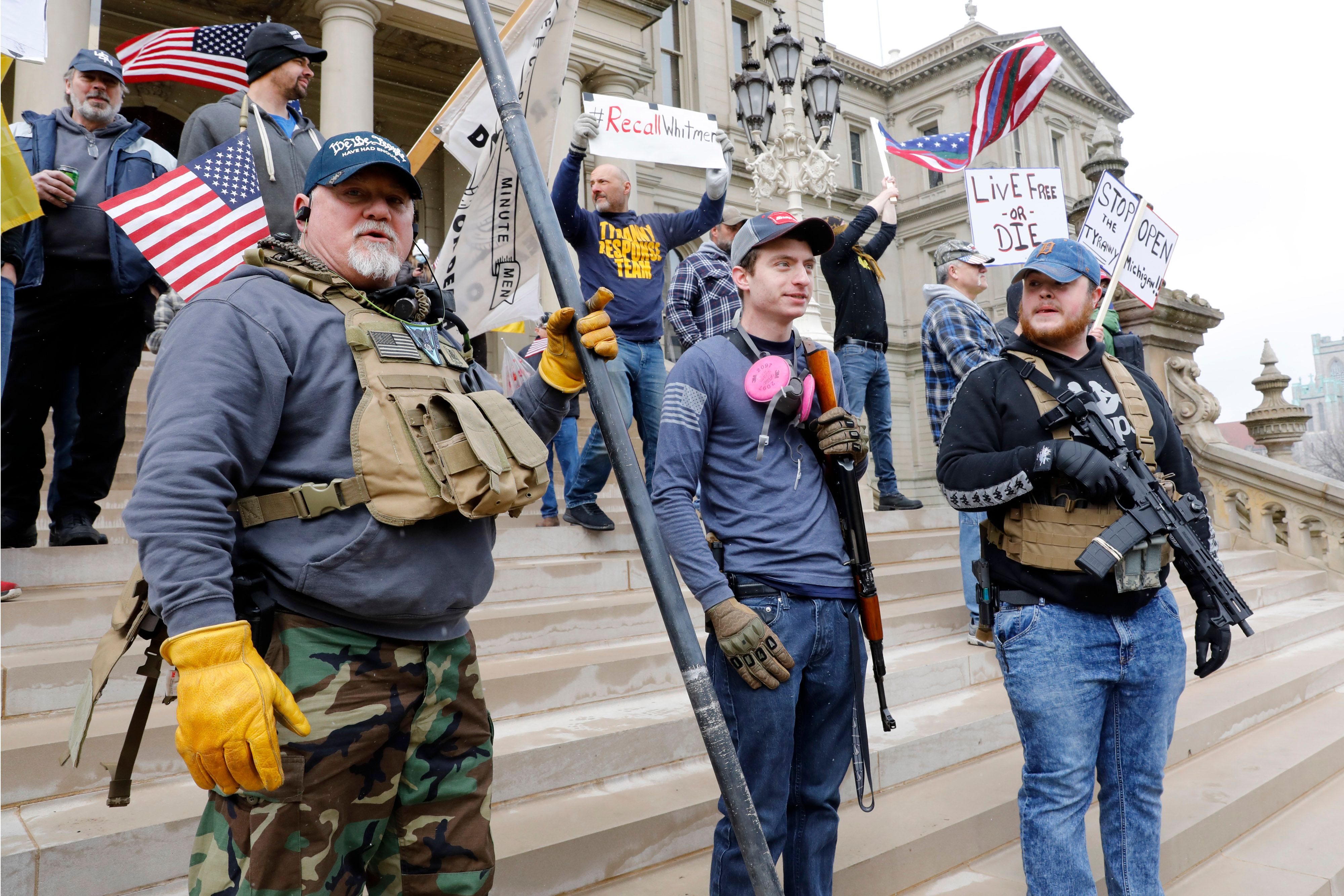 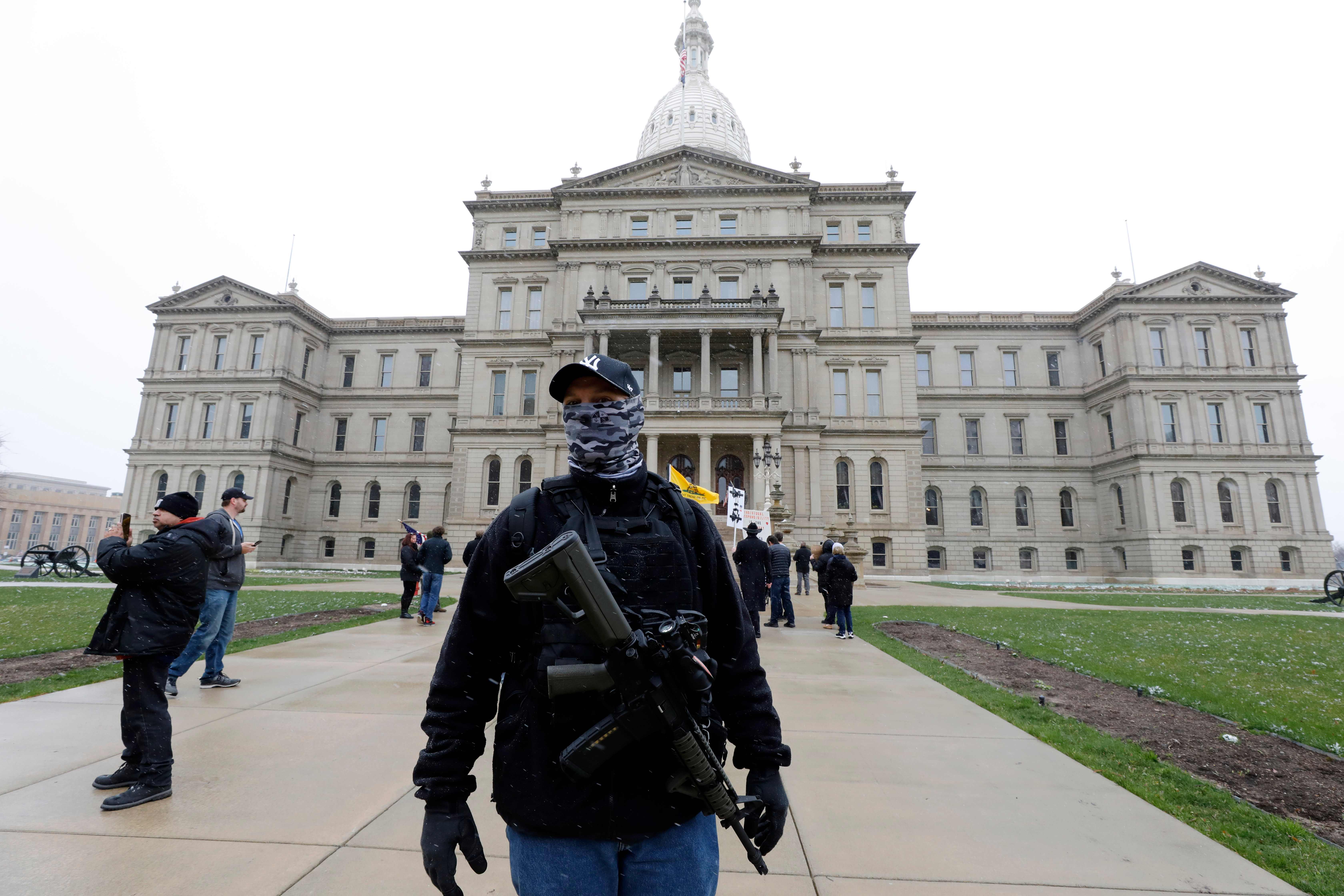 "Michiganders are hurting right now," Soldano said. "And people are hurting to provide for their own family. And that's where I have a problem.”

“That is where this virus does not have the teeth to support that."

Thousands of people gathered at the Michigan State Capitol last Wednesday to protest the stay-at-home orders that ask non-essential workers to stay home.

The gridlock in Lansing brought protesters who raised signs that read “Gov. Whitmer We Are Not Prisoners” and “Michigander Against Gretchens Abuses.”

At the time of the protests, more than 1,900 people in Michigan died from the virus — and Whitmer said she understood protesters’ concerns, but said safety was too important. 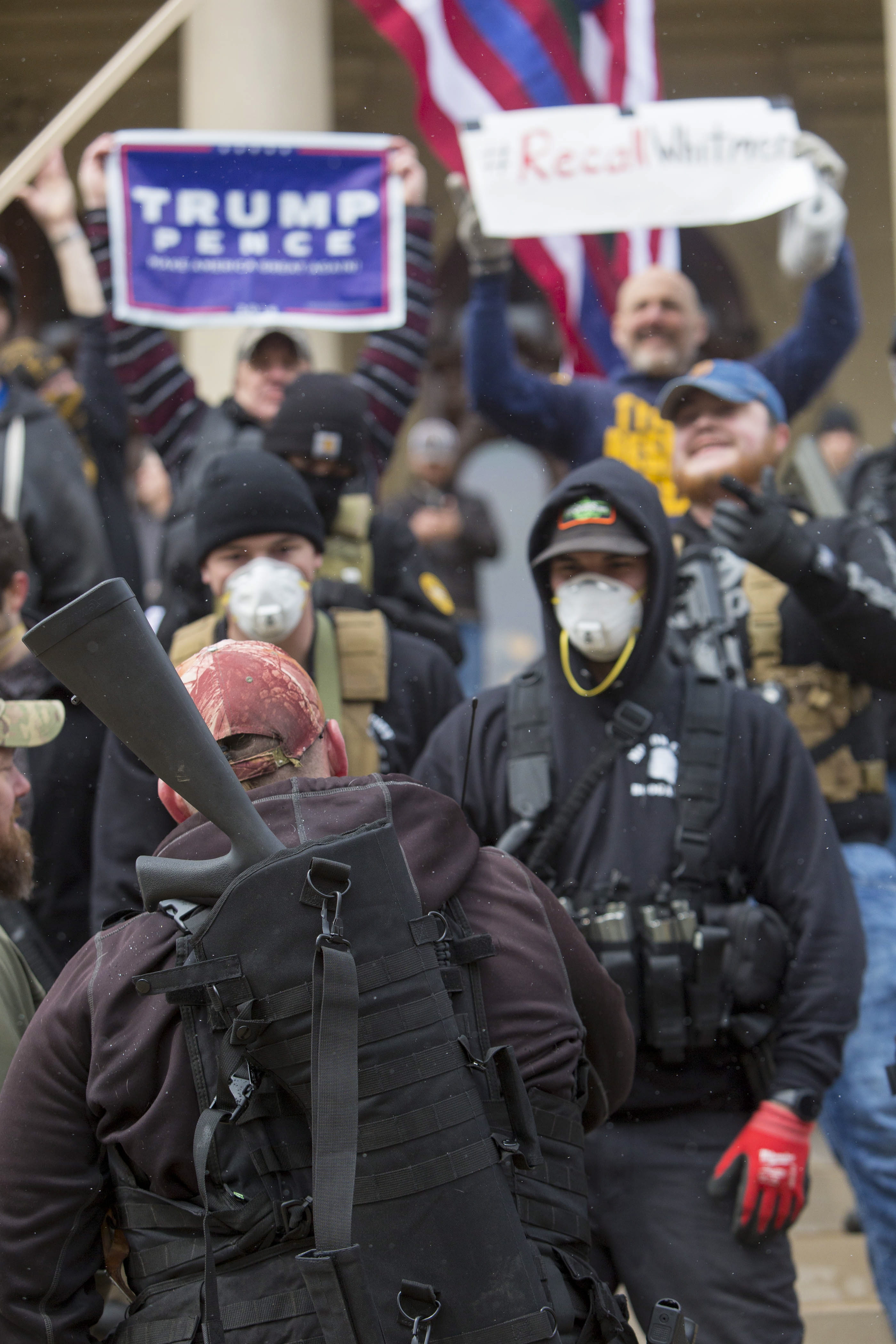 Whitmer said she was “really disappointed” to see protesters close together without masks.

“I saw someone handing out candy to little kids barehanded,” she said. “People are flying the Confederate flag, and untold numbers who gassed up on the way here or grabbed a bite on the way home.”

“We know that this rally endangered people. This kind of activity will put more people at risk and, sadly, it could prolong the amount of time we have to be in this posture.”

Soldano is likely to have reached many people about the protests through his Facebook group.

The parent company of Juice Plus+, which was once promoted by O.J. Simpson, was accused of being a pyramid scheme in the 1990s, the Mail reported.

National Safety Associates (NSA) was sued for its water filters and agreed to give refunds to more than 32,000 people in Florida after the state’s attorney general deemed the company a multilevel marketing agency.