A pet quarantine facility more than 40 kilometres north of Melbourne’s CBD has been announced as the site of Victoria’s alternative quarantine accommodation for returning overseas travellers. 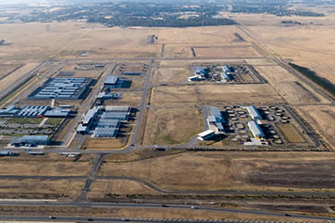 The 144-hectare site will be retrofitted with single-storey cabins and will be able to accommodate 500 passengers at any one time, with the ability to scale up to 3000 beds.

The site is a 25 minutes drive from Melbourne Airport, next to the Hume Highway. It is about a 25-minute drive to the Northern Hospital in Epping.

The site has been used by the federal Agriculture Department to quarantine animals, currently housing cats, dogs, horses, birds, and bees for a minimum of 10 days after they arrive in the country.

The announcement comes three months after the Premier’s department commissioned US construction giant AECOM to assess 10 locations and prepare reports for state cabinet.

A Victorian delegation also went on a research mission to Howard Springs in the Northern Territory which is being used to quarantine incoming passengers. 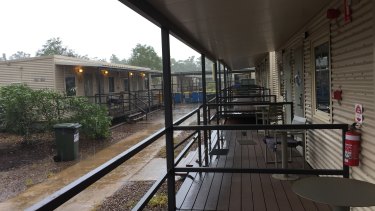 The government narrowed down the options to a small list of preferred sites that included Avalon Airport, a youth jail site in Cherry Creek in Melbourne’s western suburbs and Mickleham.

The government said the final decision on whether to proceed with the site will happen in September.