Europe’s migrant crisis continued today with 100 scaling a 20ft barbed wire fence into a Spanish enclave and more than 500 arriving on boats at a beach in Greece.

Authorities in Ceuta say that around 100 sub-Saharan Africans made their way into the Spanish territory after climbing fences that separate it from Morocco.

Meanwhile authorities on Lesbos said 13 rubber dinghies packed with 547 migrants – more than 240 of them children – landed at the fishing village of Skala Sikamia. 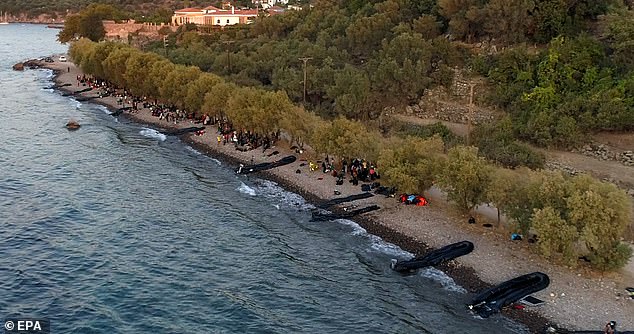 A total of 547 people landed on the Greek island of Lesbos this morning, including 177 men, 124 women and 246 children 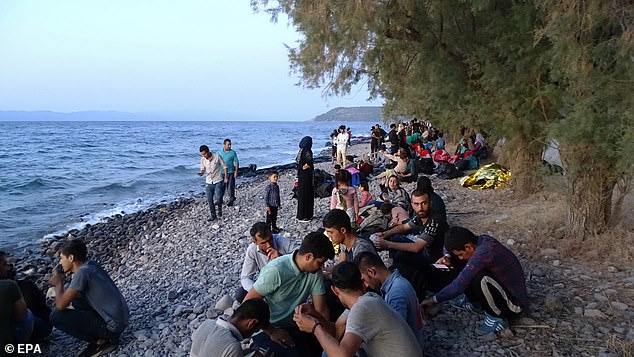 Migrants, who arrived on 13 boats, sit on the beach at Skala Sikamias, Lesbos Island, Greece on Friday 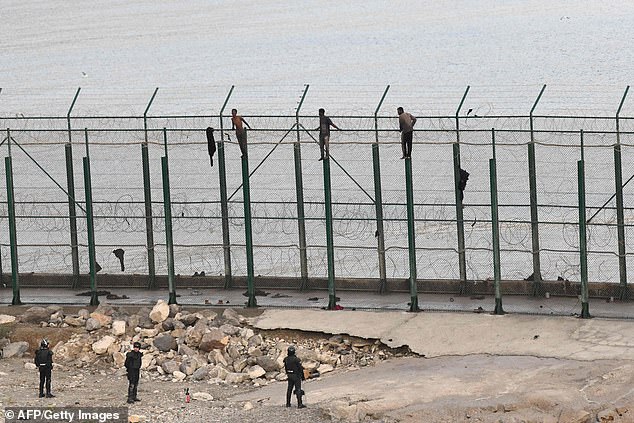 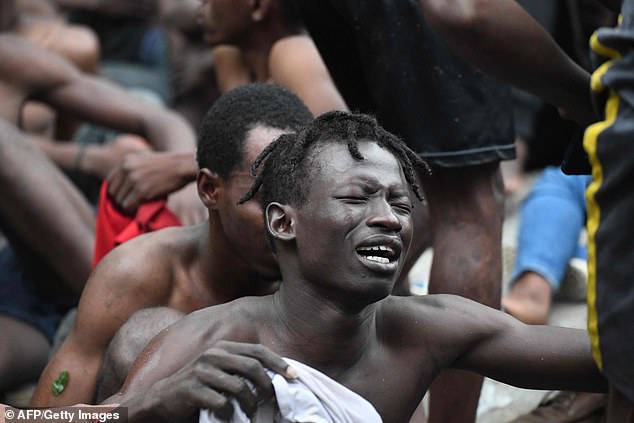 Of these, nearly 200 were taken to an identification centre and the rest remained at the UN’s Sikamia camp, which houses thousands of migrants.

The government in Cueta said the hundred migrants who entered today ran from the breakwater where a five mile fence meets the sea.

Five Civil Guard officers were taken to a local hospital with minor injuries.

This is the first crossing attempt in Ceuta in over a year. In July, over 200 people tried to cross into Melilla, Spain’s other North African enclave.

Those who make it across the end up in crowded migrant centres from which they are eventually repatriated or let go. 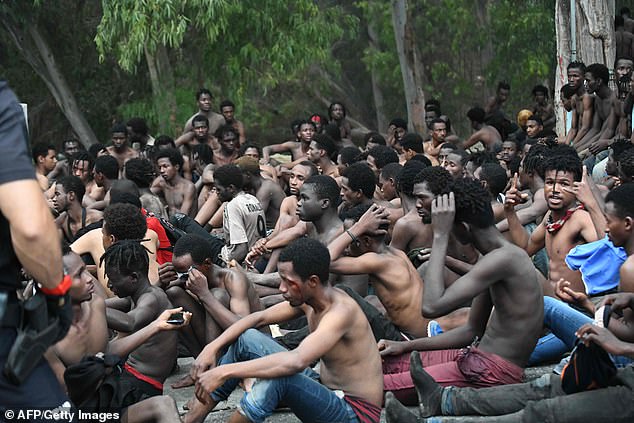 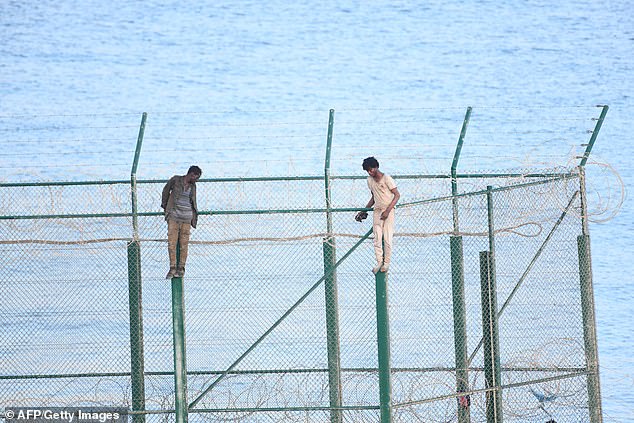 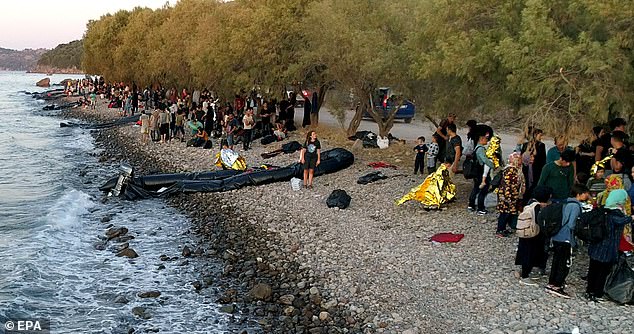 In Greece, Lesbos remains the main port of arrival and has since an increase of 44 percent compared to the same period last year (pictured: migrants this morning)

Ceuta is separated from the Spanish mainland by just 12.5miles across the Strait of Gibraltar and Spain has become a leading migrant entry route.

Last year over 57,000 unauthorised arrivals were made through Spain, after Italy essentially closed its borders to migrants leaving Libya.

Meanwhile in Greece, Lesbos remains the main port of arrival and has since an increase of 44 percent compared to the same period last year.