A group of migrants who Italy’s hard-line interior minister said would only see the country on a postcard are now stranded off the coast of Malta.

Matteo Salvini refused entry to the Mission Lifeline ship, named after the German aid group which operates it, after he had previously turned away another ship, the Aquarius.

Salvini said had loaded the migrants in Libyan waters against the instructions of Italy’s coast guard and asked Malta to take the ship but it also refused. 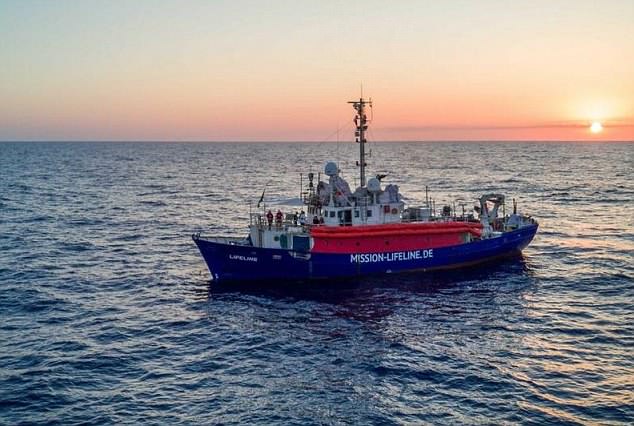 The Mission Lifeline said the vessel was stranded in international waters of Malta. The island nation’s military provided humanitarian assistance but the ship was not allowed to land there 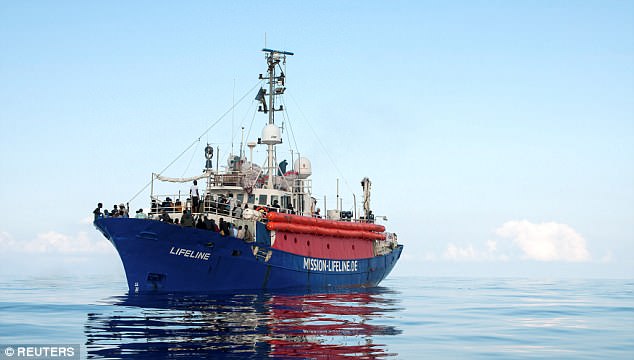 The Mission Lifeline is a Dutch-registered ship that is run by a German charity of the same name. There are 234 migrants on board the ship 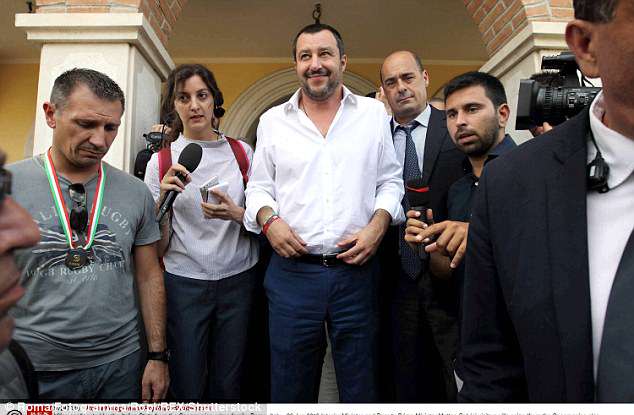 Mission Lifeline says the vessel with 234 migrants on board is adrift in international waters waiting for a safe port to dock.

On Saturday, the Maltese armed forces provided humanitarian supplies to the Lifeline vessel but refused to let it dock.

Maltese Premier Joseph Muscat tweeted that Malta had ‘no responsibility’ to allow the ship to dock.

He added that the Mission Lifeline ‘should move from its position toward their original destination (in Italy) to prevent escalation’ of the situation.

Salvini, leader of the right-wing League party, has been leading efforts to reduce arrivals from migrants rescued in the Mediterranean.

He he had contacted the Dutch ambassador about the Dutch-register Mission Lifeline’s activities, adding that the migrants ‘will only see Italy on a postcard.’

He has likened such rescue ships to taxi services that finish the job for migrant smugglers.

‘We cannot take in one more person. On the contrary: We want to send away a few.’ 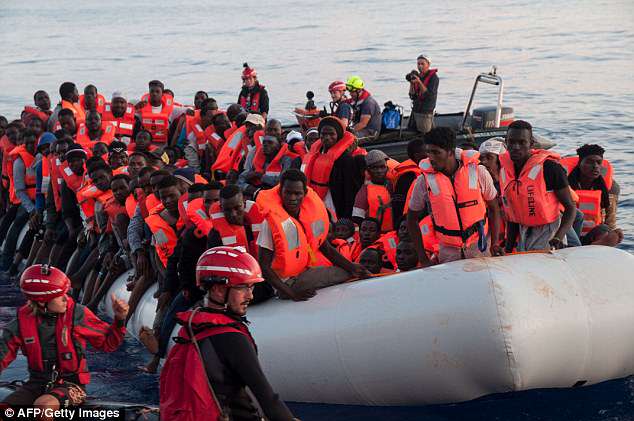 ‘For the safety of the crew and those rescued we humanly and politically ask Malta to finally open one of its ports, and then seize the ship and its crew.’

Mission Lifeline denied Salvini’s claims, saying it conducted the rescue in international waters and asked for a safe port, which had not been assigned.

The Aquarius, operated by SOS Mediterranee and Doctors Without Borders, took the migrants to Spain, travelling an additional 932 miles, after Italy and Malta refused to let them land.

EU leaders will hold an emergency meeting on Sunday to discuss migration, with Merkel at odds with a coalition partner over its demands to turn back migrants at the border.

However, several central European countries have said they will boycott the Brussels meeting and Merkel on Friday played down expectations of any major breakthrough.

Austrian Vice Chancellor Heinz-Christian Strache said on Saturday he expects a chain reaction across the European Union if Germany closes its borders to refugees.