A MILLIONAIRE hedge fund boss groped a junior banker "like an octopus" at his £7.8million Chelsea home, a court heard today.

Crispin Odey, 62, is accused of indecently assaulting the woman when she was 26 in summer 1998. 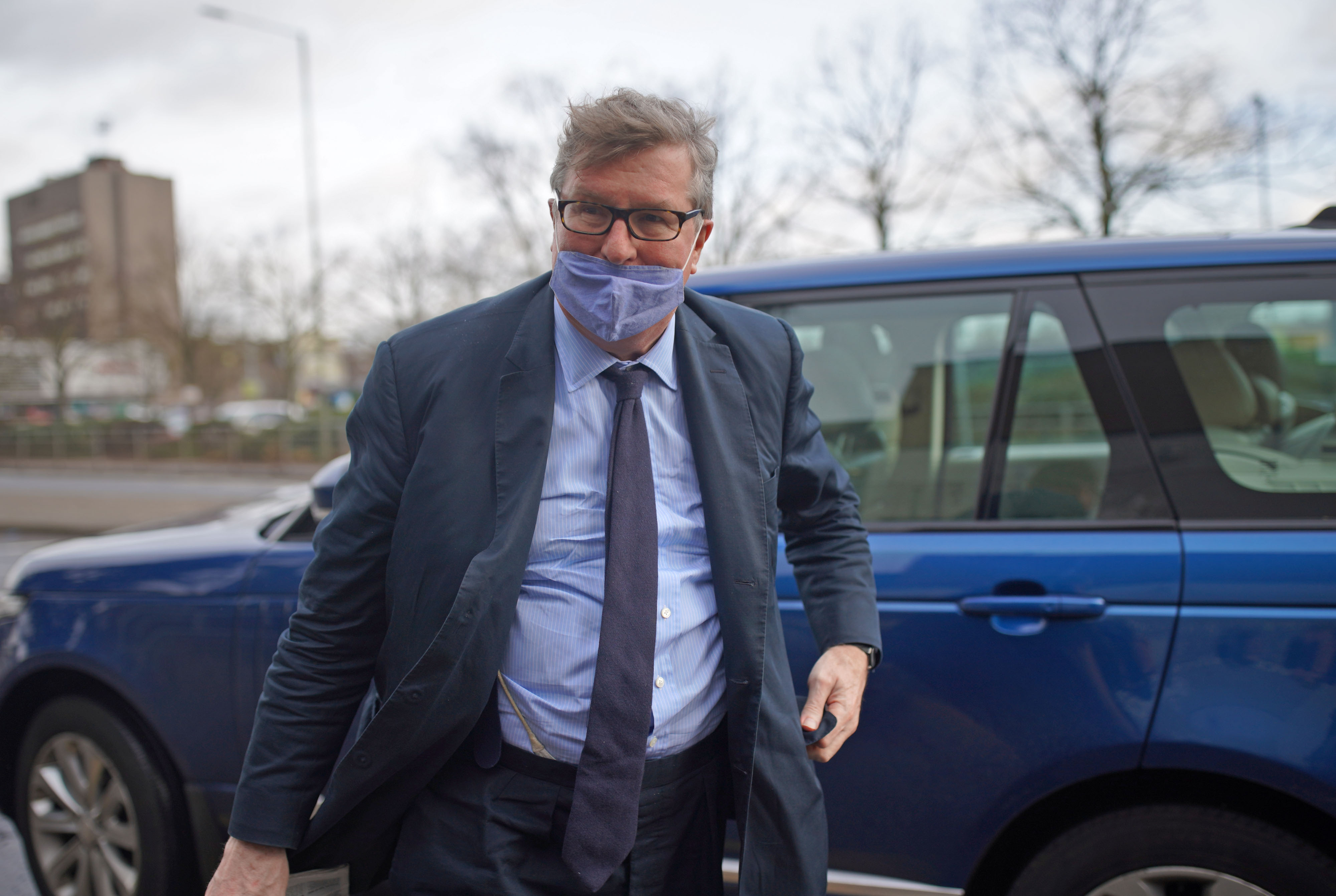 Hendon Magistrates' Court heard today how Odey invited her back to his luxury pad while his wife was out following a meeting at his office in Grosvenor Square.

He ordered a Chinese takeaway and changed into a robe before allegedly grabbing the woman's breast and putting his hand up her skirt.

Married Odey, who was 39 at the time, claims he propositioned the woman but denies any physical contact.

The woman, who was a junior banker at a well-known investment bank where Odey – worth around £800million – was a client, today described the alleged attack in court.

She said: "He was next to me. It was sort of like an octopussy-type manoeuvre.

"The first thing I remember was actually on my back. Then, it was like a scramble of hands, it was like a groping event, is the only way to describe it.

"The very first thing was the hand on my back, I can't remember the exact sequence, I just remember the general attempt to get involved with my body and on top of me with his hands.

"I referred to it like an octopus experience, this physical engagement.

"I don't remember the exact choreography."

She dismissed making up the alleged attack when it was put to her that's why she couldn't remember the details.

'YOU WILL BE FIRED'

The alleged victim, who now lives in the US, said she told three senior colleagues what happened the next day but was told: "You will be fired… nothing will come of this. You will lose your job".

One of the male colleagues said a meeting took place where the "upset" woman said she felt "Odey had taken advantage of her".

He added: "Clearly, something had happened in that meeting that made her feel uncomfortable.

"The impression was something inappropriate had happened, but she didn't tell us anything more than that in terms of what had happened, so there was a sort of spectrum of possibilities.

"There was no suggestion that anything was necessarily so serious that action need be taken forthwith.

"I think if that was the case the three of us, even though we weren't management, would've taken action unilaterally ourselves."

Another of the senior colleagues today branded Odey a "complete gentleman" and said he couldn't recall the meeting taking place.

"He's a character, he's charming, he's fun, and the word 'dishonest' would be about as far as you can manage from him," he said.

The court was told the woman sent Odey an e-mail outlining her memory of the incident in 2013.

Odey replied saying he "accepted they met" but claimed she was "obviously unhappy and she had some form of grudge against him", it was said.

The allegations were reported to police in 2017.

Days after she told cops, she emailed him again telling him she had contacted cops.

Odey was not interviewed until 2019, when he told officers he had been attracted to the woman and propositioned her.

He said the woman asked him "where is this going to end?" and that he had replied: "It's going to end up in bed, hopefully."

Odey told officers he had misjudged the situation and had been "foolish" but denied assault.

The court was also told today the woman rang a friend and former boyfriend in an "upset state" after leaving Odey's home.

The friend said she showed up at his house "crying" but "clammed up" and was "emotional" when he asked what happened.

He told police at the time he "presumed Crispin Odey had tried it on with her".

Giving evidence today, the man said: "I suggested if anything untoward had happened she should go and report it to police.

"I think the reaction that she gave me where she didn't want to talk about what happened made me think something not very nice had happened." 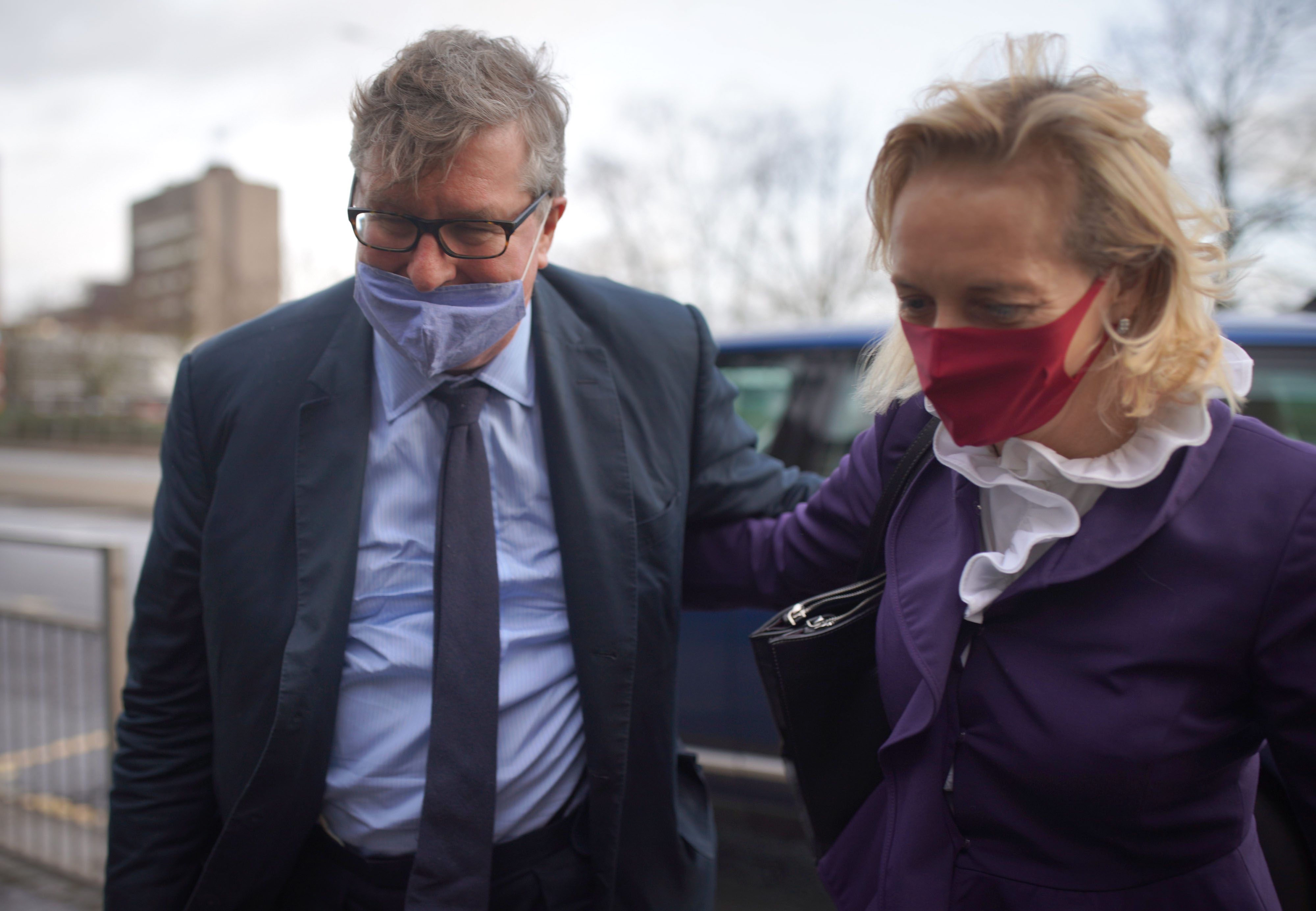