Millionaire aristocrat, 72, who appealed on TV ‘for a young wife to breed with’ is planning a raucous all-night party on his estate to find a lover much to the fury of neighbours

An eccentric aristocrat is hoping an upcoming massive party at his country estate will find him someone to ‘procreate with’.

Sir Benjamin Slade, 72, had clashed with his local council and police over the plans to host a massive all-night party at Maunsel House in Somerset.

But the application was withdrawn on Friday following a raft of complaints.

Nicola Cooper, district licensing officer for Avon and Somerset Constabulary, laid out her objections in a letter to the council on Monday, August 20.

She said: ‘We have concerns that the provision of regulated entertainment with DJs will cause disturbance to neighbours in the vicinity.

‘It is our understanding that alcohol is being served.’ Sally Farmiloe (left) and Sir Benjamin Slade (right) at Andrew Rogers’ birthday party at Maunsel House in Somerset. Sir Benjamin is hoping an upcoming party at the house will provide him with an opportunity to meet a girlfriend Sir Benjamin Slade, who owns two castles in Somerset, has previously described himself as a ‘generous lover’ Sir Benjamin Slade pictured with Fiona Thomas and Francis Mander. Sir Benjamin faced scrutiny from the local council and police recently over plans to hold a massive party at his house in Somerset

Party organisers Blacklist-UK said alcohol would be served between 10pm and 4am, with all entertainment ceasing by 9.30am.

This was something Ms Cooper addressed, saying: ‘Although organisers state they will ‘stop offering alcohol at 4am’, it would be difficult for bar staff to refuse alcohol that has already been paid for, and excessive drinking or refusals could lead to crime and disorder.’

Now Sir Benjamin claims the event will have to be kept under 500 guests so it can be classed as a ‘private party’.

He said: ‘Although I’ll be attending I’m not actually the one organising the whole event. 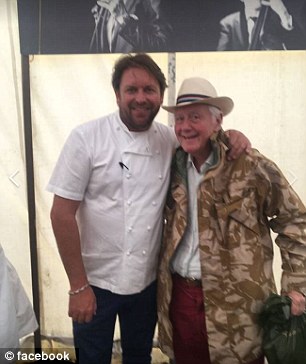 ‘We let out the grounds to a party who keep wanting to ramp things up. I don’t want to lose my licence and so alcohol will have to stop at 1am.

‘If the organisers want anything more than that they’ll have to invite the locals too.’

The event, which is due to be held on Saturday, September 8 will bring guests from all over the world to the county.

Sir Benjamin expects many to stay until the following morning.

He said: ‘There are some very wealthy people coming from Dubai so it should be quite exciting’.

Sir Benjamin announced last year that he had split from his 50-year-old former girlfriend, a businesswoman, because she was ‘too old to have children’.

The multi-millionaire is now on the hunt for another girlfriend – someone he can ‘procreate’ with.

The upcoming party could provide him with his moment.

He said: ‘I am all on my own at the moment and as you can imagine, with two castles to manage life is very difficult.

‘I might meet a girl at this big event coming up’.

Sir Benjamin also has a large helicopter event organised for the day after the party.

He said: ‘I’ve told the helicopter club that they must bring any eligible ladies to the event.

‘It would be especially exciting if they could fly a helicopter. It would mean they had a bit of brains and that we’d be able to go for lunch in far off places.’

Sir Benjamin explained that he would be looking to have children with any potential partner.

He said: ‘A potential girlfriend has got to be able to have offspring. I am looking to procreate.’ 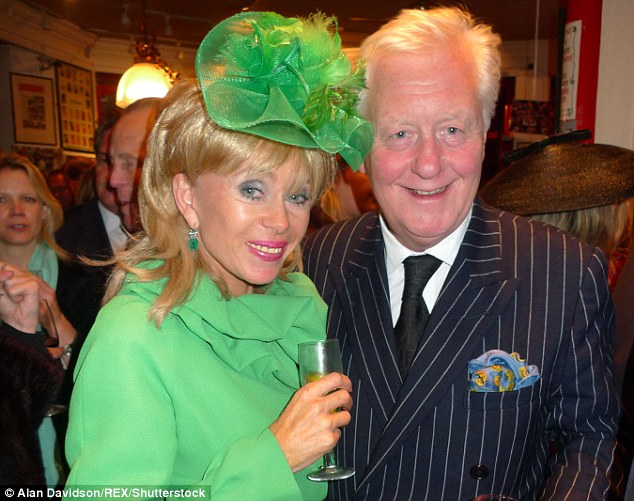 Sir Benjamin Slade pictured at his home, Maunsel House in Somerset. Sir Benjamin is on the hunt for a woman to ‘procreate’ with having split from his 50-year-old former girlfriend last year because she was ‘too old to have children’ The party is due to be held at Maunsel House in Somerset on September 8. Now the application has been withdrawn the number of guests at the party may need to be scaled down

Sir Benjamin has previously been called out on his attitudes to women.

During his first appearance on This Morning back in April 2017, he gave presenters Holly Willoughby and Phillip Schofield an eyebrow-raising list of requirements for the perfect ‘breeder’.

These included that they be aged between 30 and 40, possess a gun licence and be ‘castle trained’.

Viewers watching at home took to Twitter to blast the pensioner for his ‘sexist’ behaviour.

‘This guy is definitely going to be single forever,’ said one unimpressed viewer.

‘No wonder the millionaire is single! The derogatory way he talks about women, his unrealistic and high expectations etc,’ added another.

‘Oh man Holly Willoughby’s face to this chauvinistic dinosaur is just a picture. She looks like she’s talking to an alien… Which she might just be. I mean – this guy belongs in the Natural History museum,’ said a third.

Yet he still hopes that this upcoming party could be his opportunity.

In the now withdrawn plans it was hoped his home would be transformed to feature a circus, casino, electric cars, bodypainting, dance performances and even helicopter rides.