A minister heaped pressure on John Bercow today by condemning his behaviour as ‘intolerable’.

Foreign Office minister Harriet Baldwin appeared to back calls for the Speaker to stand down amid a series of controversies over alleged sexism and bullying.

Mr Bercow is facing the prospect of a showdown with the Leader of the House Andrea Leadsom later after he was accused of branding her a ‘stupid woman’ in an extraordinary Commons spat.

The claims provoked fury from Tory MPs, who were already demanding the Speaker resign following a slew of bullying allegations from former staff He denies any wrongdoing.

Mr Bercow has so far been propped up through the furore by solid support from Labour. 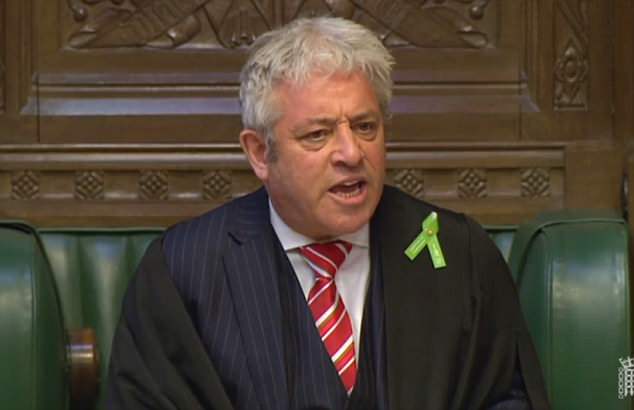 But significantly, shadow transport secretary Andy MacDonald admitted yesterday that Mr Bercow was in ‘some difficulty’.

Mr Bercow has so far refused to deny that he branded Mrs Leadsom a ‘stupid woman’ and ‘useless’ during an off-mic rant while presiding in the Speaker’s chair last week.

The row deepened over the weekend amid reports that he called Mrs Leadsom a liar when she privately challenged him over the insult.

Ms Baldwin last night highlighted an article by Adam Boulton in the Sunday Times that was headlined: “Double fault, Mr Speaker. Go now before you lose game, set and match.”

The minister added: ‘It is behaviour that would not be tolerated in any other PLC UK workplace in 2018. And yes, I have already been told I’ll “come off worse”.’

As the Commons Speaker, Mr Bercow oversees debates in the Commons and is charged with keeping order. It is a very senior role and requires him to be strictly impartial.

The row comes as the Speaker is battling to hang on to his job amid claims he has bullied several members of staff.

They claim the Speaker, who oversees debates in the Commons and is tasked with maintaining order, would lose his temper and subject them to mockery and fiery tirades.

Angus Sinclair, who left his post as Speaker’s Secretary in 2010 after receiving a payment of £86,250, said he was the victim of angry outbursts, foul- mouthed tirades and mimicry. 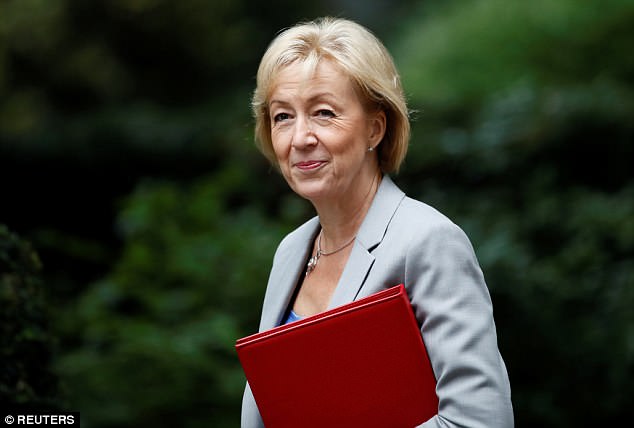 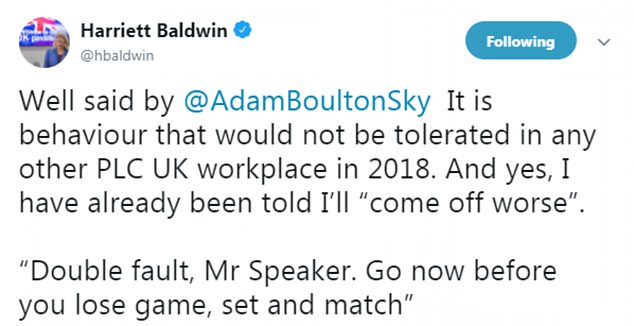 Mr Bercow has denied the allegations, but many MPs want the accusations to be fully investigated.

But MPs earlier this week voted to block an inquiry by the into Mr Bercow’s conduct – sparking fury among his critics.

The Parliamentary Commissioner for Standards, Kathryn Stone, had asked for permission to investigate whether the Speaker had brought the House into disrepute.

What are the claims of bullying and bad behaviour made against John Bercow?

John Bercow has been hit by a number of bullying claims, all of which he denies. Here are the allegations:

Said he left his post in 2010 after he was subjected to angry outbursts, foul- mouthed tirades and mimicry by John Bercow.

He said was ‘gagged’ and stopped from speaking out about his time in the role as part of an £86,000 early retirement payoff.

Rod David, who retired last year, said staff were ‘terrified’ of the Speaker.

She took a job as Mr Bercow’s private secretary in May 2010 but left her role less than a year later in February 2011 amid claims she was bullied by the Speaker.

Her colleagues alleged that this was because of the behaviour of Mr Bercow after she told staff that she suffered from post-traumatic stress disorder.

Colleagues told Newsnight that she was undermined by Mr Bercow in a range of ways – and he seemed to shout at her a lot.

The Commons committee on standards voted to reject her plea on the basis that the claims against him are more than seven years old.

Senior Labour MP Kate Hoey and Tory Vicky Ford both called on the Speaker to apologise to Mrs Leadsom yesterday.

Ms Hoey, a former Labour Minister, contrasted Mr Bercow’s behaviour with that of Betty Boothroyd, the only woman who has so far been Speaker. She said: ‘If the Speaker did say this, it is totally unacceptable and there is no excuse.’

‘In order to regain the full confidence of the Commons, a Speaker must adhere to the highest standards of behaviour. I cannot imagine Speaker Boothroyd ever demeaning the office in such a way.’

Ms Ford, who serves on the Commons Women and Equalities Committee, said the language Mr Bercow was accused of was ‘a very derogatory and a very sexist phrase’. She said: ‘If he made a slip, he needs to say sorry and move on.’

Challenged over the comments, his office would only say last week that it had been an ‘unusual and controversial day… and some strong and differing views were expressed’.

Asked whether he had called Ms Leadsom a liar, Mr Bercow’s office said: ‘There was a brief private conversation at the [Speaker’s] Chair, which the Speaker wouldn’t dream of disclosing.’