Ministers and whole departments will relocate to the North as part of the government’s ‘levelling up’ agenda, Boris Johnson has insisted.

The PM underlined the commitment as he said he is determined to ‘unleash the talent and potential’ outside of London and the South.

Mr Johnson’s pledge came as he faces accusations of fuelling the divide in the country during the coronavirus crisis.

He was forced to deny at a No10 press conference last night that he is ‘at war’ with the North after a bitter spat with Greater Manchester mayor Andy Burnham over support for areas in lockdown.

The premier won his stunning election victory in December by seizing a swathe of ‘Red Wall’ seats from Labour, but his own MPs have become increasingly anxious at the speed with which political capital is being burned up. 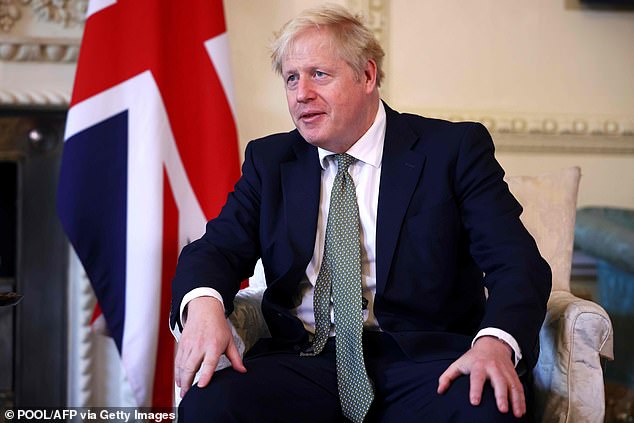 Ministers and whole departments will relocate to the North as part of the government’s ‘levelling up’ agenda, Boris Johnson (pictured in No10 yesterday) has insisted

The Treasury has already announced plans for an ‘economic campus’ in the north, with signs that other departments will follow suit.

Overall there is speculation about a quarter of the 92,000 civil servants in London could spread to the regions in the coming years.

The idea of shifting the House of Lords to York has even been mooted, although they have been scotched by opposition from peers.

Speaking by video link to the Great Northern Conference yesterday, Mr Johnson tried to soothe the concerns, saying: ‘Even now, as we are still up to our thighs in the mud of the trenches, grappling with this virus, my message to you is that it cannot be enough simply to get through the crisis, we must build back better, build back stronger, build back faster.

‘That means our work to level up and unleash the talent and potential of the North – by investing in education, skills and infrastructure – is now more urgent than ever.’

Mr Johnson said: ‘We will move departments of state, ministers, private offices and all, to great northern cities and regions that represent the future of this country.’

Earlier, former chancellor George Osborne told the conference that the prominence of metro mayors like Mr Burnham during the pandemic had been a ‘fantastic success story’.

Mr Osborne said mayors across the North of England and the Midlands are now part of the ‘national conversation’, and called for further devolution as part of the post-Covid recovery.

‘What I can see is real representation in the North – devolution delivering leaders of Greater Manchester, of Liverpool, of different parts of Yorkshire, of Teesside, of Tyneside, and so on, and, indeed, further south in the Midlands,’ he said.

‘And we now have a national political conversation where representatives of the North of England are heard on our national news. And that is a fantastic success story.’ 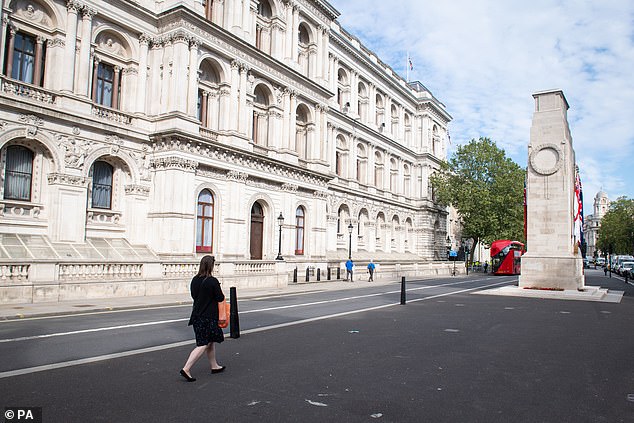 Overall there is speculation about a quarter of the 92,000 civil servants in London (Whitehall pictured) could spread to the regions in the coming years

Mr Osborne, who is chairman of the Northern Powerhouse Partnership, introduced the idea of metro mayors as part of a series of devolution deals with English regions when he was chancellor.

He told the online conference, which is nominally taking place in Sheffield: ‘I think we need to be more courageous in giving many more powers to these local elected leaders over decisions like transport, like skills, like business support, like issues like healthcare.’

He added: ‘I would want to see us double down on devolution because I think we’re beginning to see a much more balanced, healthy British society and state where not every decision is taken at Westminster and other voices are heard.