Ministers and civil servants could have to sign contracts to abide by Westminster sleaze rules for two years after leaving office, a new report by MPs has revealed.

Under the current arrangements, those who leave Government must seek advice from a watchdog before accepting any new job for two years after quitting.

But critics have frequently despaired at the ‘toothless’ nature of the enforcing body, following a string of scandals about the ‘revolving door’ between Government and high-earning private sector jobs.

The House of Commons’ Public Administration and Constitutional Affairs Committee (PACAC) has made a series of recommendations to toughen the rules.

In their new report – which was prompted by the Greensill lobbying scandal involving former prime minister David Cameron – the group of MPs said there should be a threat of legal action for those that breach the rules to provide a ‘sufficient deterrent’.

They also called for sanctions to be imposed on rule-breakers to ensure regulations ‘command public confidence’ and suggested the Government could pursue those who do not comply ‘through the courts’.

The report also revealed that the Government is ‘exploring contractual mechanisms’ to ensure the rules are ‘legally enforceable’.

The MPs gave their support for this but demanded the Government ‘outline the form that this will take and the sanctions which will apply’, as well as the ‘timeline for implementation’. 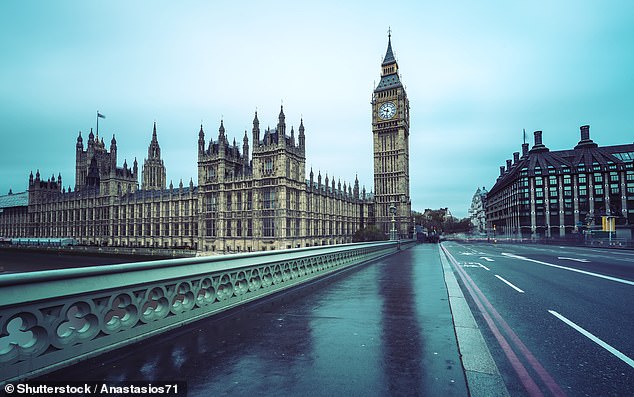 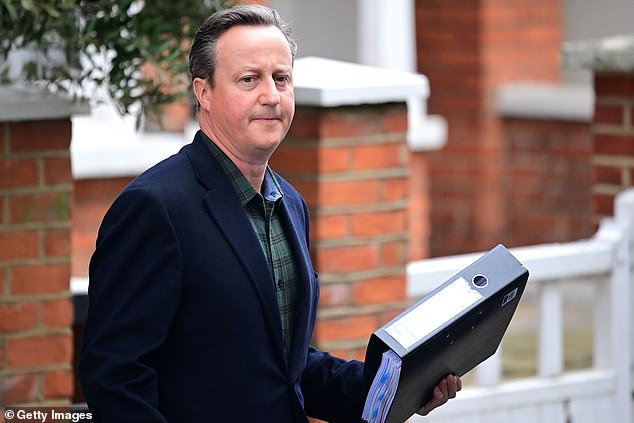 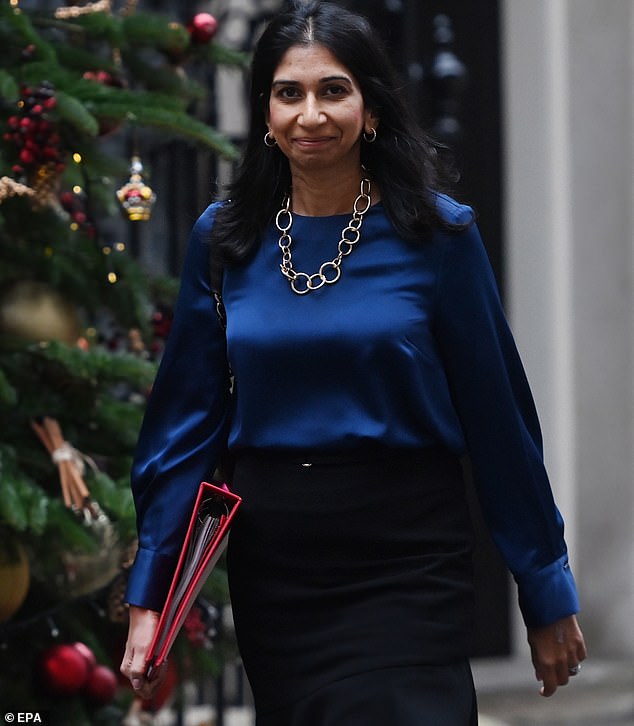 The Greensill scandal followed the revelation that Mr Cameron had lobbied Goverment ministers over Covid contracts on behalf of a now-collapsed finance firm.

Although the former PM had not breached sleaze rules – as he had been out of office for more than two years before taking on a role with Greensill Capital – the revelation prompted close scrutiny of the links between the firm, the Government and senior civil servants.

‘The fact that senior figures at Greensill Capital had previously been involved in Government naturally raised questions about how well regulated their moves into the private sector had been,’ the PACAC report said.

Currently, those seeking new employment within two years of leaving Government have to consult the Advisory Committee on Business Appointments (ACOBA) before accepting a job.

They are also banned from lobbying the Government for the same period.

PACAC agreed with an assessment of ACOBA as a ‘toothless regulator’ and demanded the watchdog be put on a ‘statutory basis as soon as possible’.

Elsewhere in their report, PACAC also examined Suella Braverman’s reappointment as Home Secretary just six days after she had been forced to resign from the role after breaking ministerial rules.

They said Mrs Braverman’s reappointment set a ‘dangerous precedent’ over the enforcement of the ministerial code.

PACAC recommended that the Government’s ethics watchdog, the Independent Adviser on Ministers’ Interests, should also be given legal status.

The role is currently vacant after Lord Geidt quit as the independent adviser under former PM Boris Johnson.

Rishi Sunak promised to recruit a replacement but has yet to do so after more than five weeks in Downing Street.

PACAC chairman William Wragg said: ‘It is incumbent on the Government to ensure a robust and effective system for upholding standards in public life is put in place, with proper sanctions for those who break the rules.

‘Our inquiry has found that, although we have a sophisticated landscape of ethics watchdogs in the UK to safeguard standards in public life, they lack the power to enforce the rules.

‘The Prime Minister is rightly the ultimate arbiter of the rules in our system. We urge him to show leadership and give legal status to all the ethics watchdogs. This will provide a better deterrent for those who may be tempted to act improperly, and further safeguard the integrity of our public life.’

A Cabinet Office spokesman said: ‘We thank the committee for their report.

‘We have been clear that this Government will have integrity, professionalism and accountability at every level and we are already taking action to improve the effectiveness of the business appointment rules.

‘We will respond to the committee’s recommendations in due course.’