A senior minister last night accused judges of ‘interfering in politics’ after they ruled Boris Johnson had broken the law by suspending Parliament.

Scotland’s highest civil court said the PM had ordered Parliament to be shut down for five weeks in order to ‘stymie scrutiny’ of Brexit.

The court said the prorogation – which began in the early hours of Tuesday morning – was unlawful and suggested Mr Johnson had misled the Queen over his reasons for the suspension.

The ruling could see Mr Johnson forced to recall Parliament if it is upheld by the Supreme Court on Tuesday. 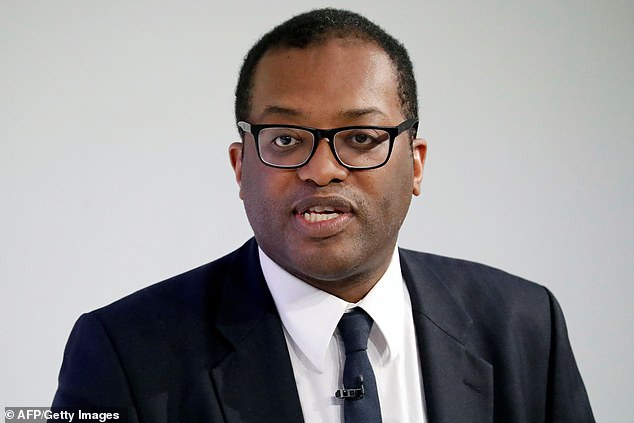 Critics, including former Tory attorney general Dominic Grieve, said Mr Johnson would have to resign if it was found that he had ‘misled the Queen about the reasons for suspending Parliament’.

Downing Street said it was ‘disappointed’ with the verdict and lodged an appeal with the Supreme Court. However No 10 backed away from initial comments which appeared to accuse the Scottish court of bias.

But Business Minister Kwasi Kwarteng waded into the row last night, saying Leave voters were ‘beginning to question the impartiality of the judges’.

In an interview with the BBC, he said he accepted that judges were ‘impartial’, but warned that many voters believed the courts were trying to frustrate Brexit.

‘The extent to which lawyers and judges are interfering in politics is something that concerns many people,’ he said.

The Scottish judgment was directly contradicted by a High Court ruling in England, which said the issue was ‘not a matter for the courts’. Explaining their decision in a separate case brought by anti-Brexit activist Gina Miller and former PM Sir John Major, three of England’s most senior judges said the suspension of Parliament was a political, rather than legal matter. 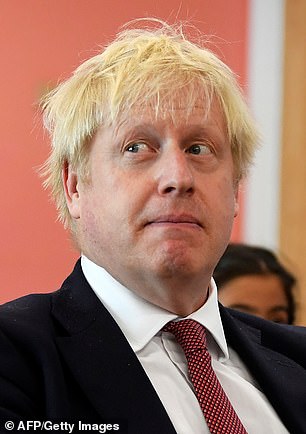 Lord Chief Justice Lord Burnett, Master of the Rolls Sir Terence Etherton and President of the Queen’s Bench Division Dame Victoria Sharp said the decision to suspend Parliament and the PM’s advice to the Monarch ‘were inherently political in nature and there are no legal standards against which to judge their legitimacy’.

Legal experts and politicians also questioned the Scottish court’s decision to intervene in such a highly political issue.

Former Supreme Court judge Jonathan Sumption said: ‘My own view is that this is a political issue, not a legal one, and that the case can only be resolved politically.’ Lord Sumption, a Remainer, said he believed that Mr Johnson’s decision to suspend Parliament was ‘disgraceful’. But he warned that the Supreme Court would be straying into uncharted constitutional territory if it backed the Scottish judgment.

He told BBC Radio 4’s World at One: ‘I’m not going to give a prediction, but I think that if they were to decide that the Scottish judges were right, they would be making really quite significant changes to a correct understanding of our constitution because the issue is the propriety of the legal motives, and that seems to me to be a fundamentally political issue.’

Brexiteers rounded on the judges. Iain Duncan Smith said: ‘This is a highly political judgment, they have overstepped the mark. There are no laws governing the use of prorogation – this is the courts trying to second guess what politicians intended.’

Yesterday’s ruling by the Court of Session in Edinburgh said advice given by ministers to the Queen which led to the five-week prorogation was ‘unlawful and is thus null and of no effect’. Downing Street had insisted the five-week prorogation was needed to allow the Government to set out its legislative programme in a Queen’s Speech on October 14 and was nothing to do with silencing its critics.

The PM’s official spokesman said the Government would abide by the ruling of the Supreme Court, which is also considering an appeal against a ruling by the High Court in London which found that the suspension was lawful. In the meantime, officials said Parliament would remain prorogued.

Jeremy Corbyn said the ruling showed that the PM ‘is not above the law’. Union bosses called for Mr Johnson to be arrested. Manuel Cortes, head of the TSSA transport union said: ‘Parliament must be immediately reopened – but Johnson should be in jail, not Number 10. He’s broken the law.’

The ruling blindsided No 10 and led one source to suggest the Scottish court was politically biased.

‘We note that last week the High Court in London did not rule that prorogation was unlawful,’ a source said. ‘The legal activists chose the Scottish courts for a reason.’ The unattributed comments sparked an angry backlash and were later denied by No 10.

Gavin Barwell, Theresa May’s former chief of staff, said: ‘This is a very unwise road for a party that believes in a) the Union and b) the rule of law to go down.’

The backlash prompted Justice Secretary Robert Buckland to intervene, saying: ‘Our judges are renowned around the world for their excellence and impartiality and I have total confidence in their independence in every case.’

Champion of ‘auld alliance’ with France

Lord Brodie, 69, promotes strong relations between Scotland and France as head of the Franco-Scottish Society.

He is the son of a senior Church of Scotland minister who took a law degree at Edinburgh University and became an advocate.

His rise to Scotland’s senior court took him through various advisory roles in Whitehall.

He is married with three children, and lists interests including fencing and walking, and protecting the civic grandeur of the Scottish capital, where he lives.

The Franco-Scottish Society says it exists to ‘foster contacts between the French and the Scots and to develop their traditional friendship enshrined – since at least 1295 – in the Auld Alliance’.

Historically the Auld Alliance was aimed against England. The last Scottish monarch to pursue it, before her execution by Elizabeth I, was Mary Queen of Scots, whose recently established statue in Linlithgow near Edinburgh was financed with the help of the Franco-Scottish Society.

The Society, founded in 1895, describes its mission as to ‘increase and disseminate in Scotland knowledge of France and the French way of life, with particular reference to its economic, social, political, historical and cultural institutions and developments’.

Honorary presidents of the society, founded in 1985, include the French ambassador to Britain, Catherine Colonna, and Sir David Edward, a Scottish judge who also served as a judge of the Luxembourg-based EU Court of Justice.

Jazz lover who gave a warning on Brexit

As Lord President of the Court of Session, Lord Carloway, 65, is Scotland’s most senior judge.

He took up the role four years ago, having previously been appointed Lord Justice Clerk – the second most senior position in the Scottish judiciary – on the recommendation of then First Minister Alex Salmond.

As Colin Sutherland, he became a judge in 2000 and has presided over many high-profile cases – and in 2005 handed gas utility firm Transco a record £15million fine over an explosion which killed four members of a family in 1999.

Eight years ago he published a major report on the integration of Scottish law with European human rights and EU law.

In a speech in March 2017, he said Brexit was ‘likely to be a very onerous task’.

A graduate of Edinburgh University, he is married to a GP and has two sons. He is lead singer and bassist in the jazz band of the Faculty of Advocates called the Reclaimers.

Ruled in favour of Europe

Lord Drummond Young, 69, left, has been a judge of the Supreme Courts of Scotland since 2001.

Married with a daughter, he studied law at Cambridge, Harvard and Edinburgh and, after serving as a legal adviser to several Whitehall departments, became a QC in England in 1998.

Last September he sat alongside Lord Carloway to give a ruling in favour of Scottish politicians who wanted to give the judges of the EU Court of Justice a say over whether Article 50, Britain’s formal declaration of Brexit, could be revoked.

On Tuesday, he was one of three judges to cut the sentence of Aaron Campbell, who killed six-year-old schoolgirl Alesha MacPhail on the Isle of Bute last year. The ruling, due to the age of Campbell at the time, sparked fury, with the Scottish Conservative Party calling it ‘disgraceful’.