The roll-out of ‘immunity passports’ is being considered by ministers as part of the government’s attempts to get Britain back to work after the coronavirus lockdown is eased.

Ministers are believed to be in talks with tech firms about developing a form of digital identification which would verify who someone is and show whether they have been tested for the disease.

The digital documents would show if someone has tested negative on an antigen test or if they have shown to have some resistance to coronavirus after an antibody test, demonstrating to an employer they are safe to re-enter the workplace.

Such a scheme could be a game-changer for ministers as they try to figure out how to kickstart the UK economy.

Boris Johnson is expected to unveil his lockdown exit strategy in an address to the nation on Sunday, having delayed the announcement from Thursday as frantic work continues in Whitehall.

Today it emerged that reduced hot-desking, the closure of office lifts and canteens, and putting tape on the floor to mark where people should stand are all likely to be proposed by the government under plans to restore office working. 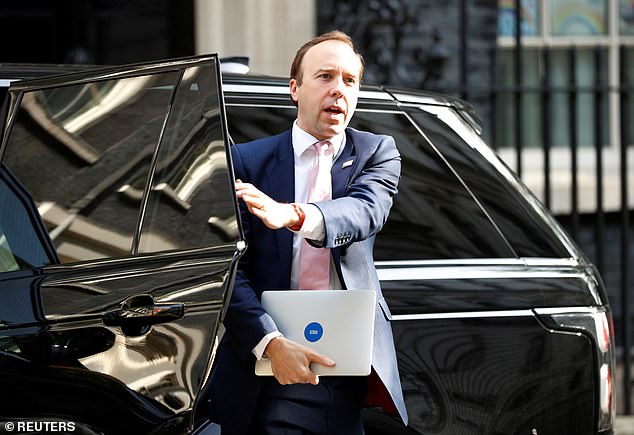 A leaked draft has revealed more details of the shape of the next phase of coronavirus curbs – due to be unveiled by Boris Johnson on Sunday.

The Guardian reported that a UK-based company called Onfido, a facial biometrics verification specialist, has been in contact with the government about how such a passporting scheme could work.

It is thought the timeline for rolling it out could be a matter of months if it were to be given the green light.

A government source said a certification system is ‘still on the table’ as an option and is ‘being considered’.

However, the government is increasingly reluctant to describe it as an ‘immunity passport’ due to ongoing uncertainty over whether someone who has had the disease is then immune to it.

Many scientists believe people who have recovered will have some degree of resistance to coronavirus but this is yet to be 100 per cent confirmed amid further questions over whether immunity could wane over time.

People would likely have to take a photograph of a form of government ID like a passport or driver’s licence and then a selfie. The app would then match the two pieces of evidence together.

A person’s test results would then be stored by the provider of the checks, likely the NHS, with the data linked to the app.

People would be able to go to work, generate a QR code on their phone and scan it on a camera in reception.

The employer would then be able to see if someone has tested negative or if they have previously had the disease – depending on which test is used.

It came as draft documents from the Department for Business, Energy and Industrial Strategy (BEIS) gave an indication of how the working world could change after lockdown. 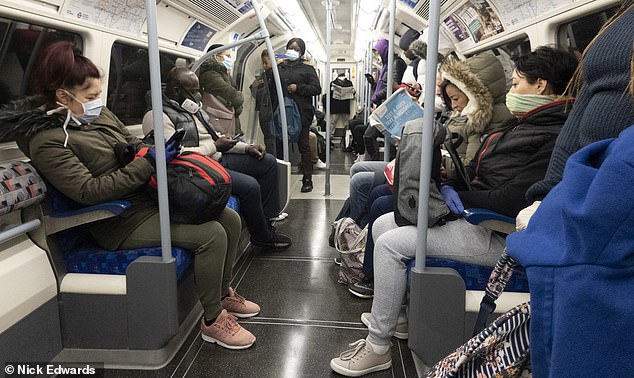 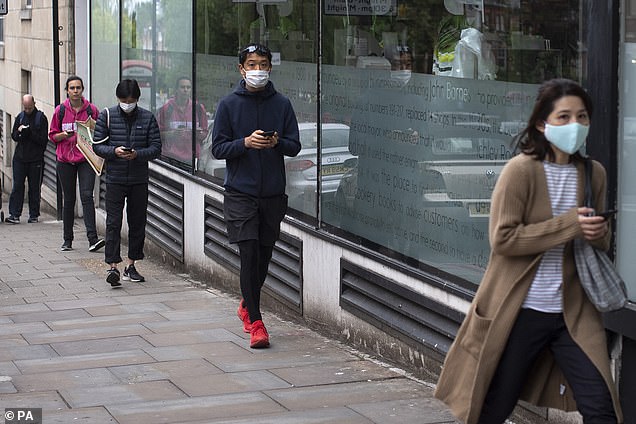 The documents, seen by the BBC and the Financial Times, say extra cleaning should be introduced in office spaces and the use of protective equipment should be considered where maintaining a distance of two metres between workers is not possible.

For workers who have customer-facing roles, plastic screens should be erected to help protect them, while continued home working and staggered shifts should also be encouraged, the guidance says.

The proposals are among a list of guidelines in seven documents drawn up after consultation with executives, trade bodies and unions.