Police are investigating an alleged sexual assault against a woman who got into a political disagreement while volunteering at the Minnesota State Fair.

The unnamed accuser claimed that another woman groped her while she was working the Republican Party of Minnesota booth at the event. According to Fox 9, the suspect left the booth after the alleged assault occurred around 8:50 Friday night. 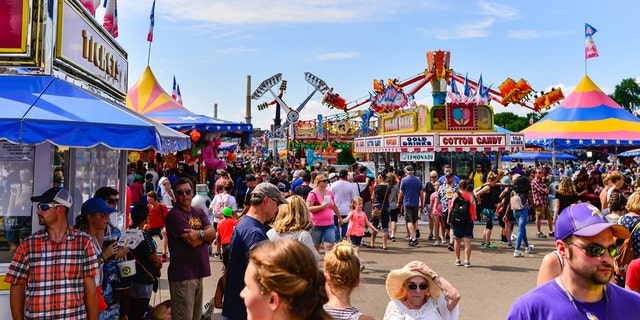 State Fair police spokeswoman Brooke Blakey told the Star Tribune newspaper the alleged victim was "groped … over the clothes" but wouldn't identify which body part was involved. The 40-year-old volunteer alleged that she was groped twice, according to ABC 5.

Republican Party of Minnesota Chair Jennifer Carnahan tweeted late Friday: "Violence is never the answer. To the Democrats that sexually assaulted one of our volunteers today at [email protected]  booth, and the men that harassed the female staff and I at the end of the night-SHAME ON YOU. The MN State Fair is supposed to be a place of fun and celebration."

"There is no place for violence in our society, let alone at one's place of employment, and the Republican Party of Minnesota has a zero-tolerance policy for such behavior," Carnahan said in a statement to the Star Tribune.

"We can only hope that this is not indicative of what our Republican volunteers, candidates, activists and leaders will face as we head into the 2020 elections," Carnahan told Fox 9. " “We are supposed to be salt of the earth, genuine folk here in Minnesota."

The Minnesota Democratic-Farmer-Labor Party had no immediate comment on Carnahan's claims.