A mission to kill Robert Mugabe before he seized power was thwarted – when the British tipped him off that assassins were closing in.

Mugabe was leading the fight for majority black rule against Ian Smith’s government in Rhodesia – now known as Zimbabwe – in 1979, a year before he became the nation’s prime minister.

The Rhodesian SAS squad was tasked with preventing uprisings against the white-minority rule – as well as a number of covert operations. 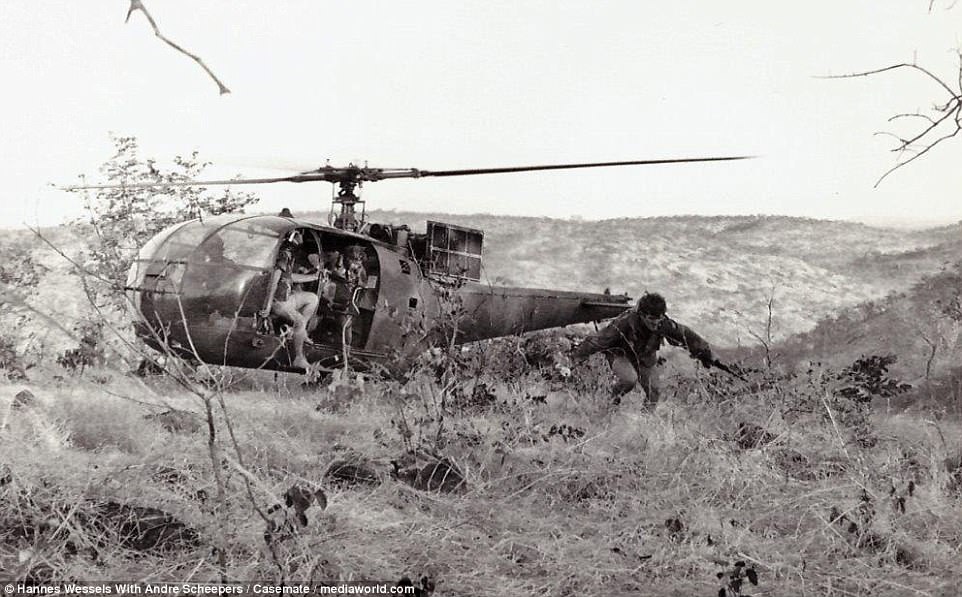 A mission to kill Robert Mugabe before he seized power that was thwarted when the British tipped him off that assassins were closing in is described in a new book by Andre Scheepers, a former Rhodesian SAS officer, who is pictured disembarking from a helicopter in the late 1970s) 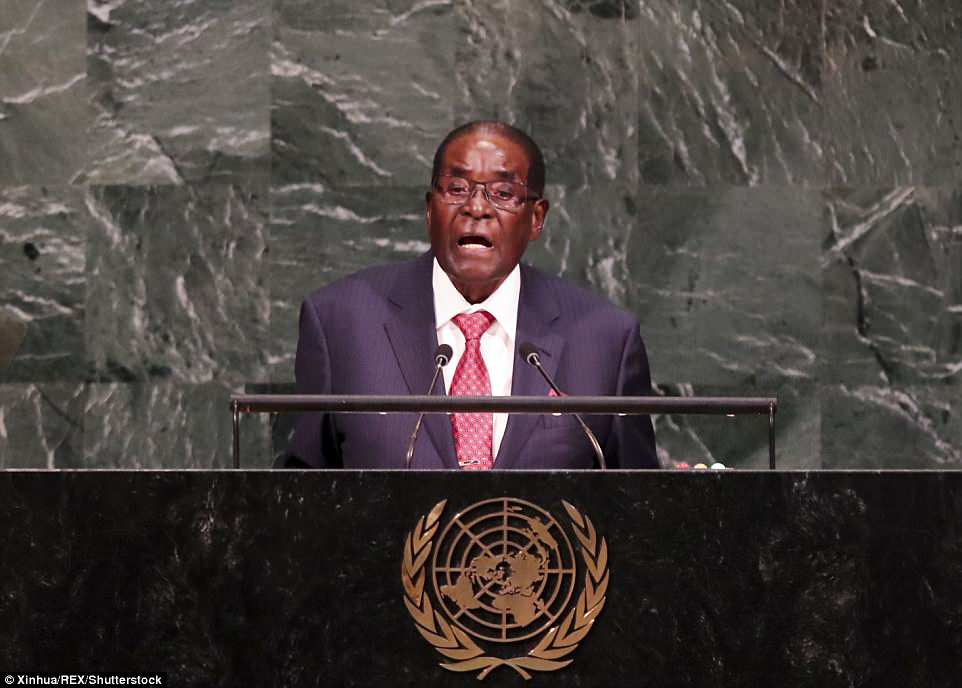 Both plots failed – and a new book describes how it was the British who alerted Mugabe, prompting him to flee before the assassins arrived.

A new book – We Dared to Win: The SAS in Rhodesia – by Hannah Wessels and Andre Scheepers – details the SAS plan to kill Mugabe as he led the African National Union forces across the border from Mozambique in February 1979.

Mr Scheepers, who was an officer in the Rhodesian SAS in the late 1970s, describes how officers, escorted by South African special forces – known as Recces – were dropped off by submarine off the coast of Maputo, where Mugabe was living, before making their way to shore in inflatable boats.

They were armed with machine guns, grenades and a bomb that one officer described as ‘big enough to sink a ship.’

But by the time they arrived, it was clear Mugabe had fled. 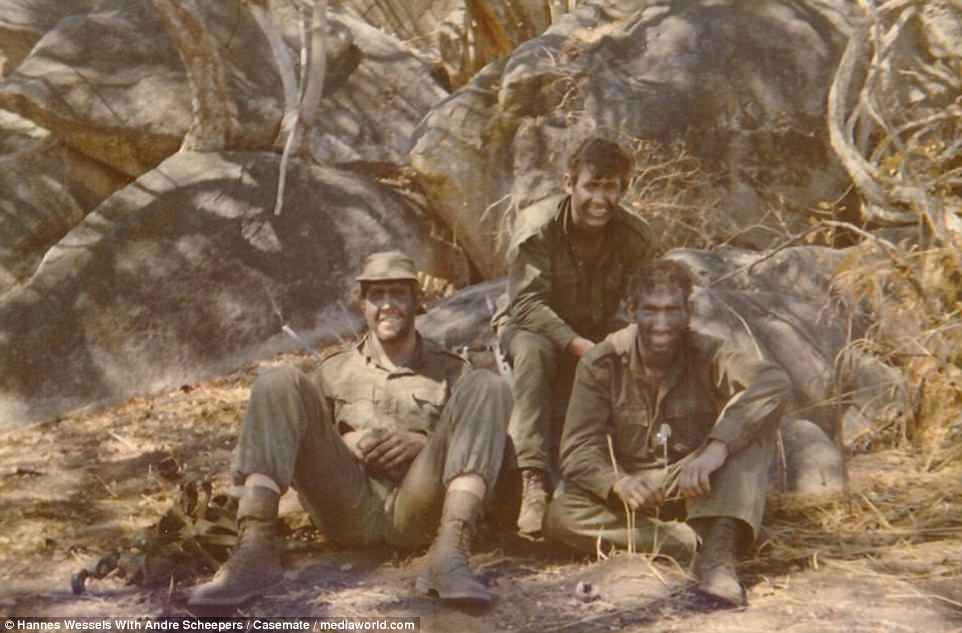 SAS officers Ray Gibbison, Frans Botha and Phil Toland are pictured while serving in Mozambique in the late 1970s 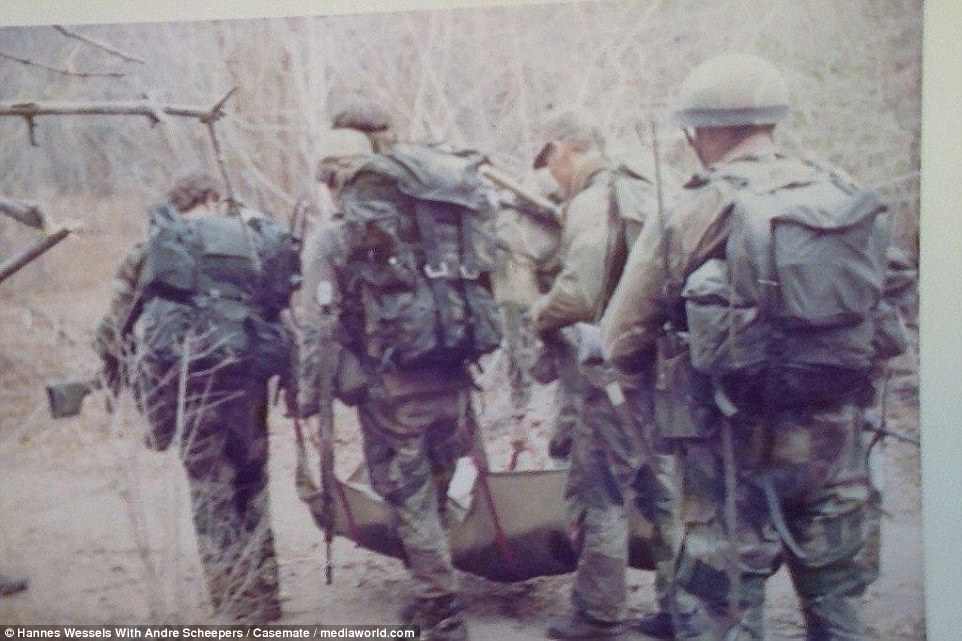 Andre Scheepers, author of We Dared to Win: The SAS in Rhodesia, is seen being taken to safety after sustaining an injury 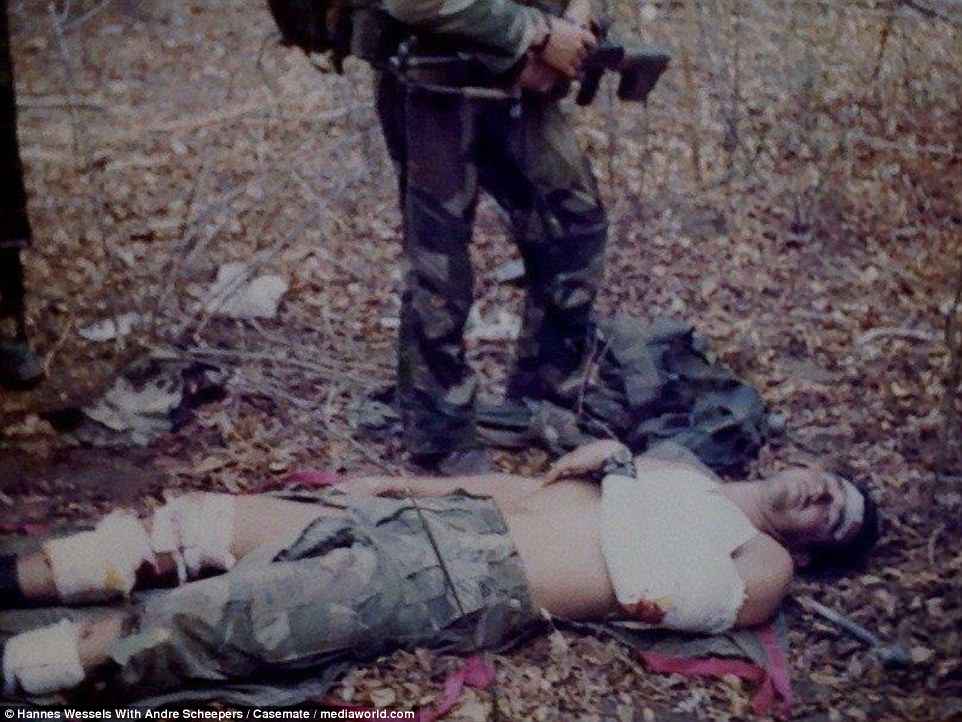 ‘By late 1978 a decision had been taken to kill Mugabe in Maputo,’ Mr Scheepers writes.

‘Following rehearsals the operation commenced mid-February and following a two-day voyage from Langebaan in a strike craft the ship took up a position below the horizon with the lights of Maputo brightening the distant sky. 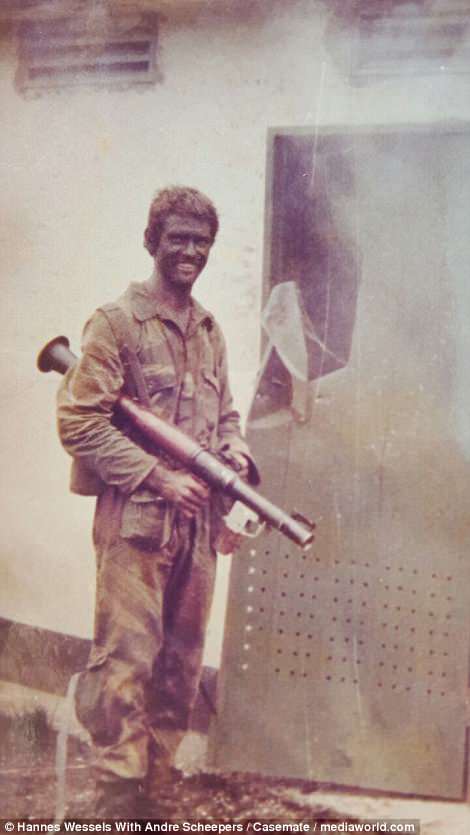 ‘At sunset a signal from an intelligence operative was received indicating the ‘target’ was in residence.

Rich Stannard, a commando, added: ‘We came down the rope-ladders and on to the inflatables and made for the beach.

‘There was a bit of a scare when we ran into some fishermen and I heard the ‘Recce’ guys speaking in Afrikaans saying we had been compromised but the fishermen did not appear to be too alarmed and we decided to carry on.

‘We left a landing party on the beach and headed for the target.

‘We approached the house with no problem as we knew the route from our rehearsals and none of us saw any sentries. I was carrying a bomb big enough to sink a ship.

As we neared the house, Keith said to me, ‘good luck Sir this is going to be quite something.’ Billy Grant and Keith jumped up on to the wall with RPGs ready to initiate but nothing happened because they could see no sign of life.

I jumped up to look and could see through his bathroom window and I could see a small red light but it was clear the place had been abandoned and only recently.

‘I was itching to blow the place to pieces anyway and damn nearly pulled the pin and threw it for the hell of it.

‘We all felt that he had been warned we were coming. It was a huge disappointment.’

Wing Commander Peter Petter-Bowyer later told the BBC:’We had absolute proof. The guy who lived across the road from Mugabe, happened to be a South African. 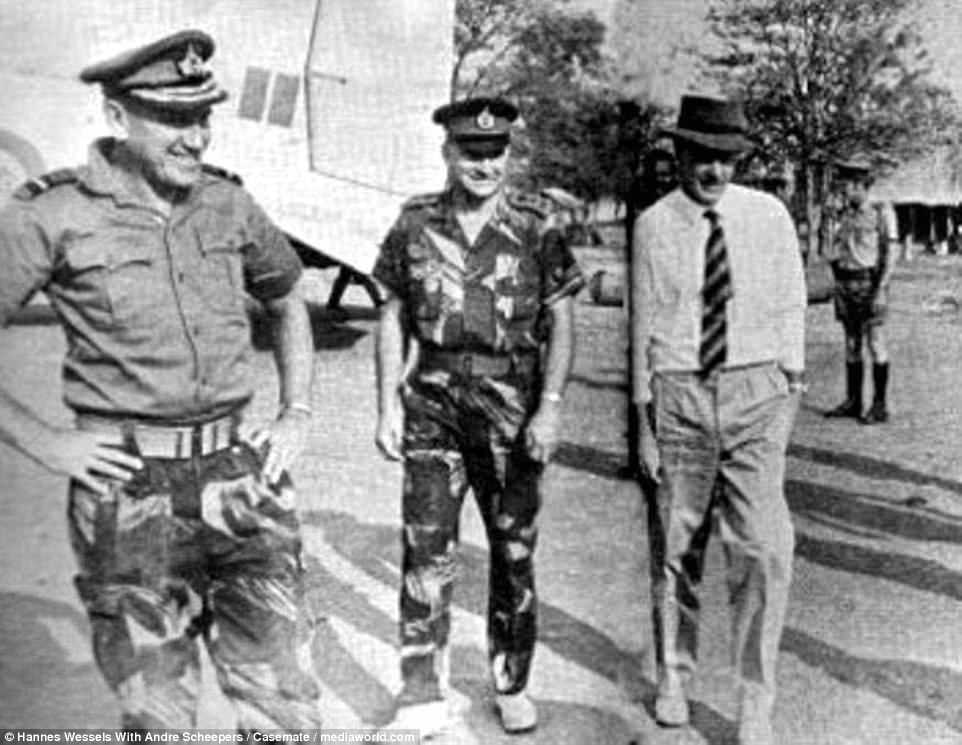 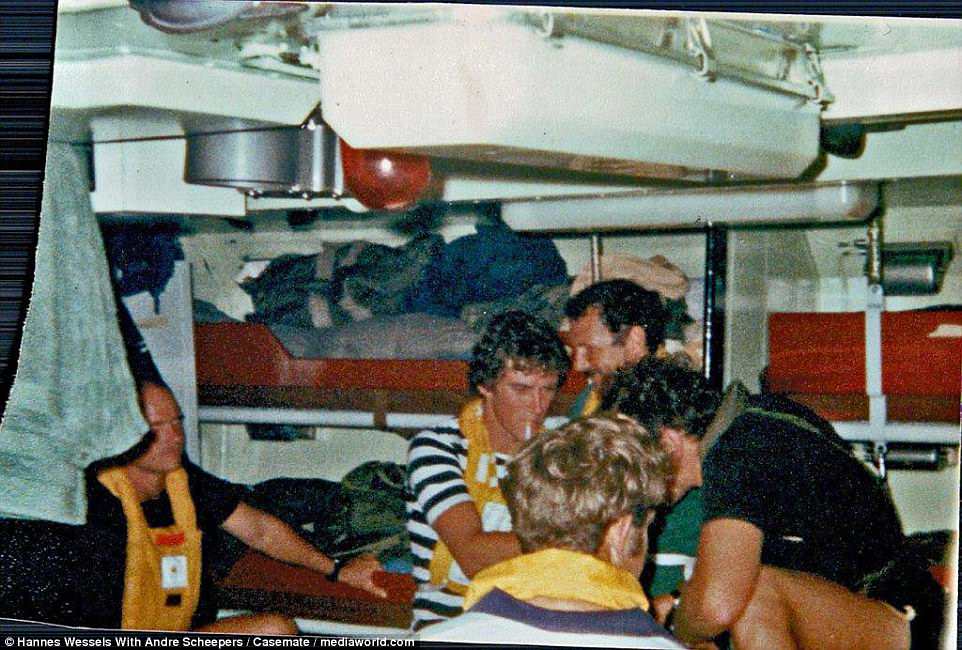 Rich Stannard (left), a commando, and Mike West (centre) are pictured on their way to Beira by sea

‘I met the man, confirmed that Mugabe was at home and all was well. But, when we got there, [he had] gone. No question, Mugabe was called, there’s no doubt. That’s exactly what happened.’

Mugabe ruled Zimbabwe from 1980 until he was ousted last year after the military took over briefly and his once-loyal ZANU-PF party turned against him.

The former ruler, 94, whose own regime was accused of siphoning off diamond profits, has described his ousting as a coup, and that it must be ‘undone’. 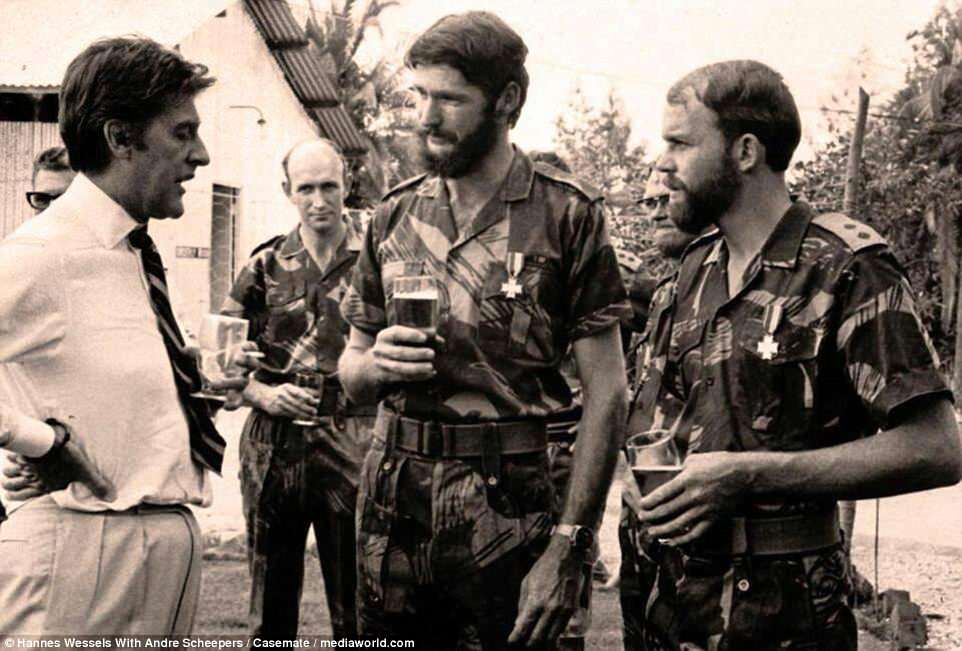 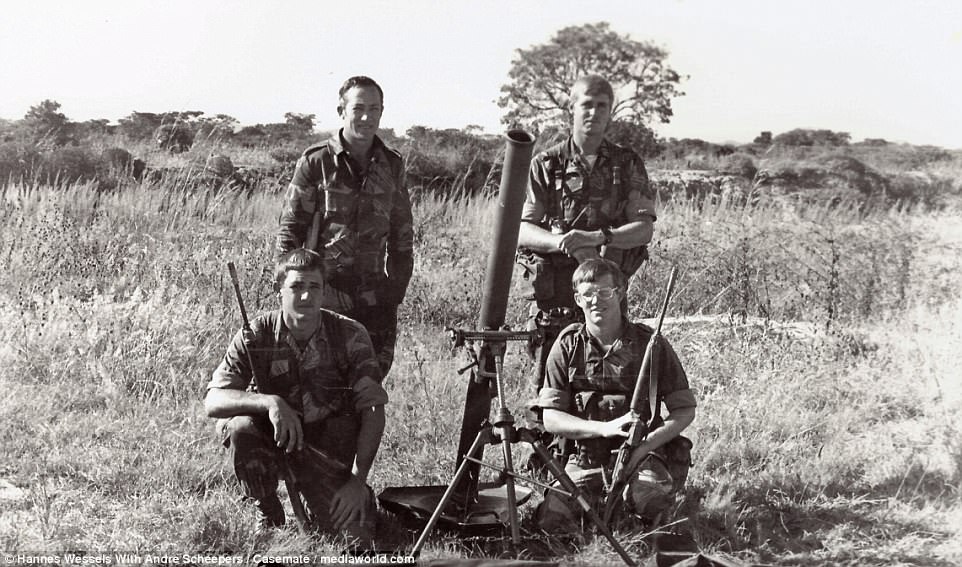 An SAS team, who were tasked with preventing uprisings against the white minority government, pose for photos while on tour in Rhodesia in the late 1970s