MISSOURI last night became the latest US state to vote in restrictive abortion laws banning nearly ALL procedures after eight weeks – including in rape and incest cases.

Republican governor Mike Parson is expected to sign off on the legislation after local lawmakers voted by 110-44 in its favour on Friday. 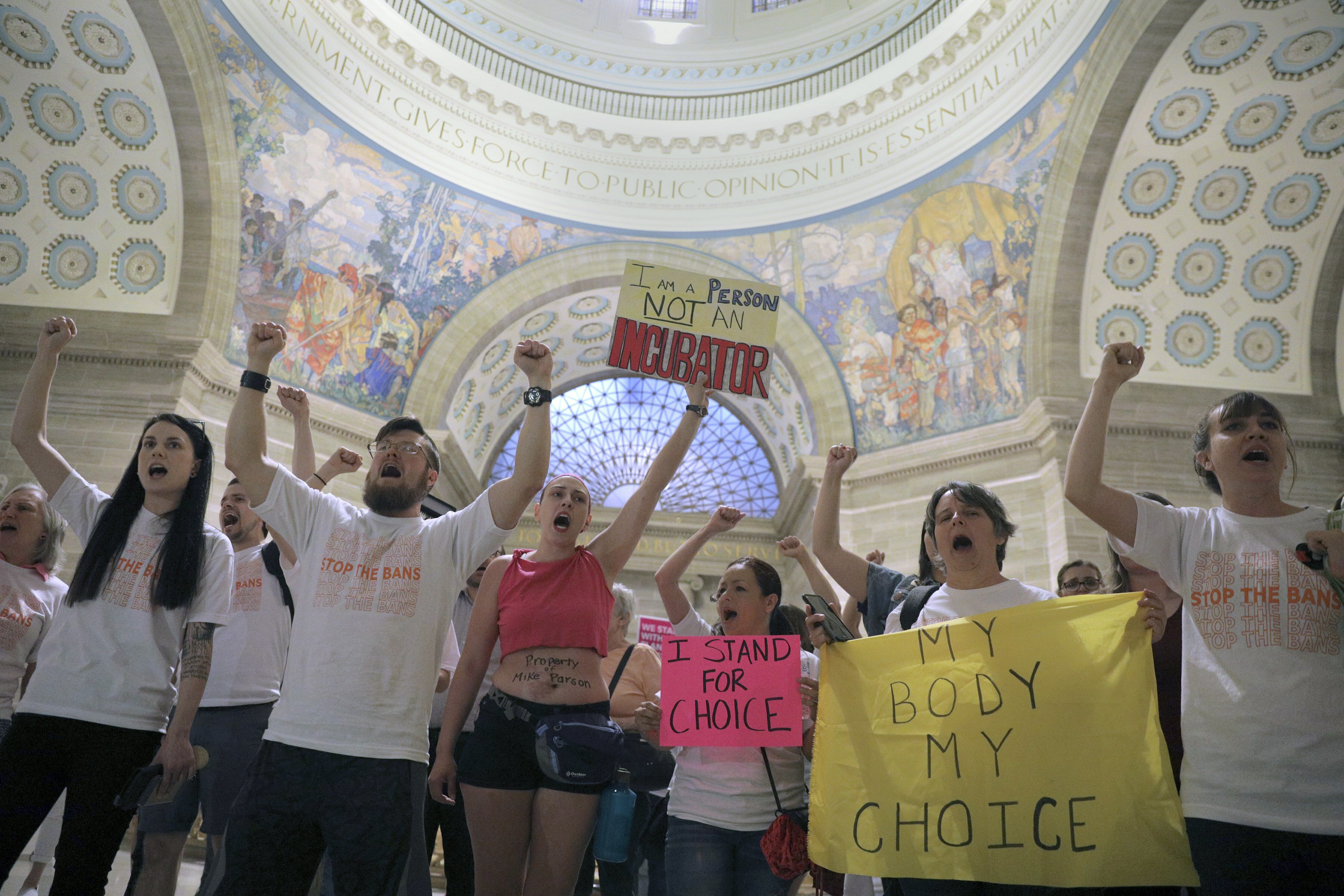 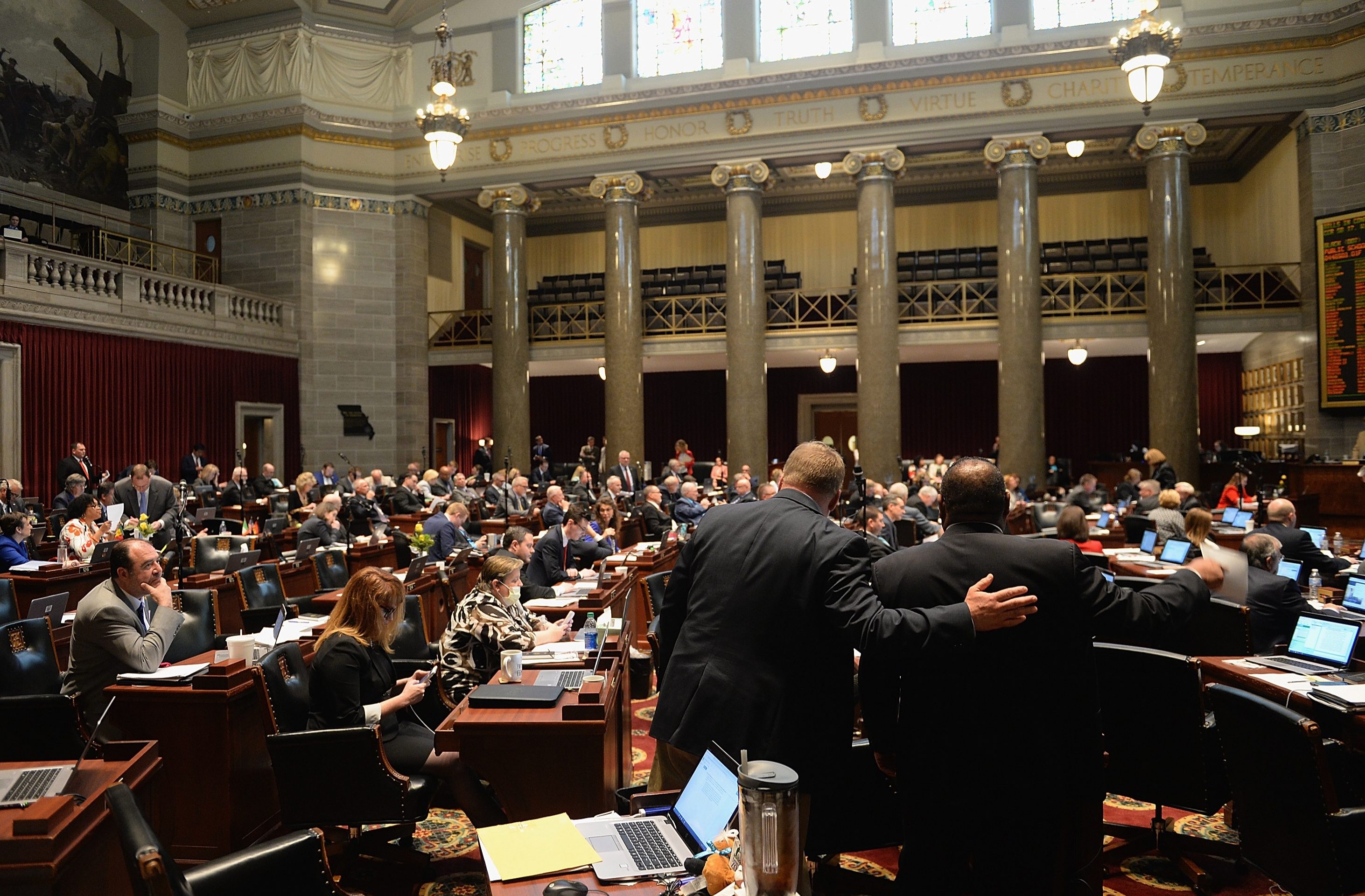 The proposed ban allows exceptions only in medical emergencies – and doctors face up to 15 years in prison for breaching it.

It comes after Alabama’s governor signed a bill on Wednesday making performing an abortion a felony in nearly all cases.

Medics there now face life in prison for carrying out an abortion after six weeks – the earliest time that a fetal heartbeat can be detected.

Republican-led state legislatures around the US are imposing new abortion restrictions.

Kentucky, Mississippi, Ohio and Georgia have approved bans on abortion once a fetal heartbeat is detected – which can occur in about the sixth week of pregnancy.

Republican Missouri representative Nick Schroer said his bill "has one goal, and that goal is to save lives."

She said: "Almost 50 years of core protections for women's reproductive decision-making have been upheld by the US Supreme Court.

"Missouri and Alabama's recent criminal abortion bans and all other affronts to Roe v Wade, will be challenged and blocked according to precedent and settled law." 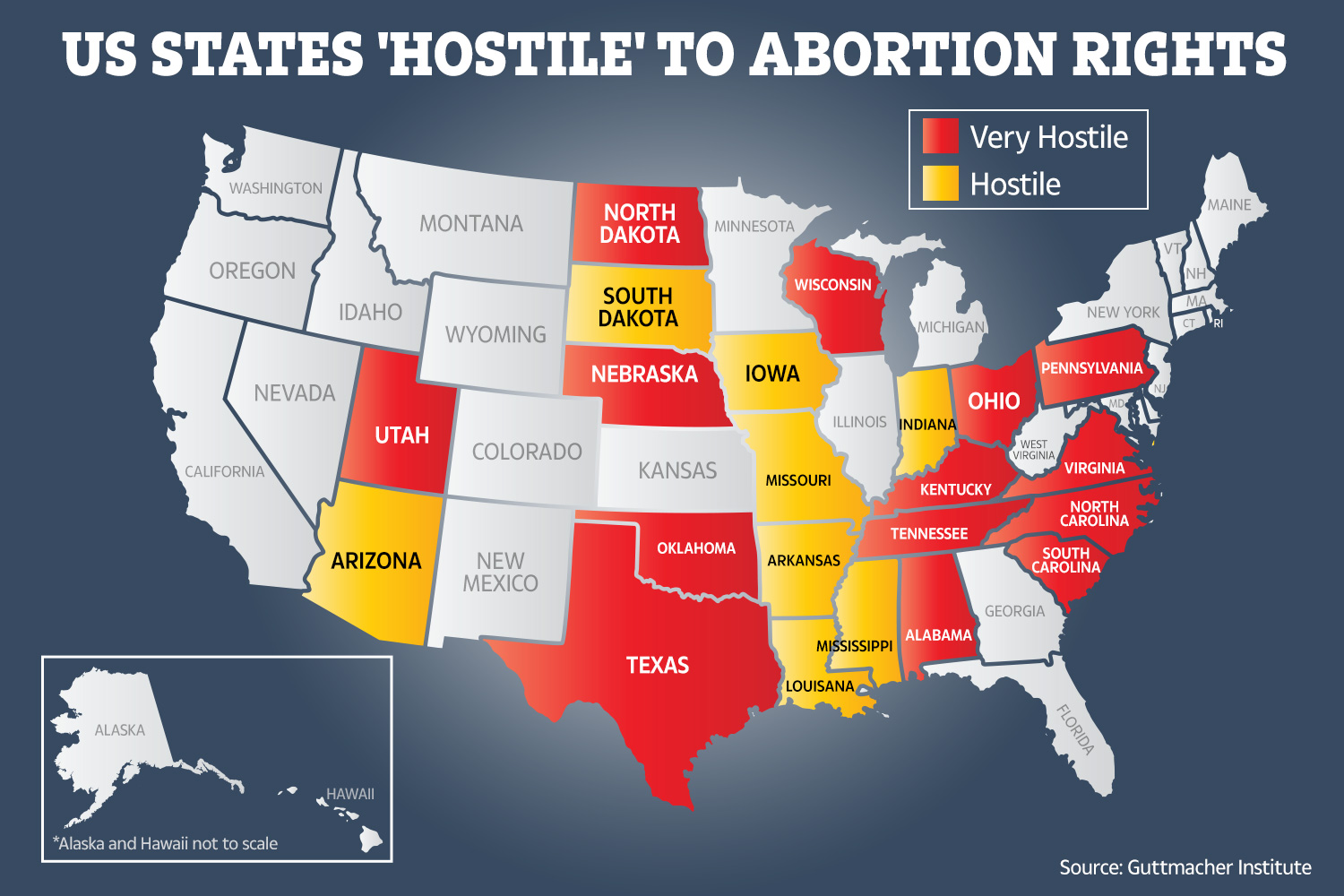 "These are ways that women around the world who don't have access to legal abortions perform their own."

Several women dressed as characters from the  The Handmaid's Tale watched silently.

The Margaret Atwood book and subsequent Hulu TV series depicts a dystopian future where fertile women are forced to breed.

Honestly, I don't think it's right to punish the child for something the child can't control

A handful of abortion opponents protested outside the Planned Parenthood clinic in St Louis on Friday.

Among them was 21-year-old Teresa Pettis – a Catholic who is five months' pregnant with her first child.

She said she supports the bill even though it outlaws abortions for women who have been raped.

Ms Pettis said: "Honestly, I don't think it's right to punish the child for something the child can't control.

"The baby might be born in unfortunate circumstances, but it's still a human life."

A total of 3,903 abortions occurred in Missouri in 2017, the last full year for which the state Department of Health and Senior Services has statistics online.

Most aspects of the new bill are due to take effect on August 28. 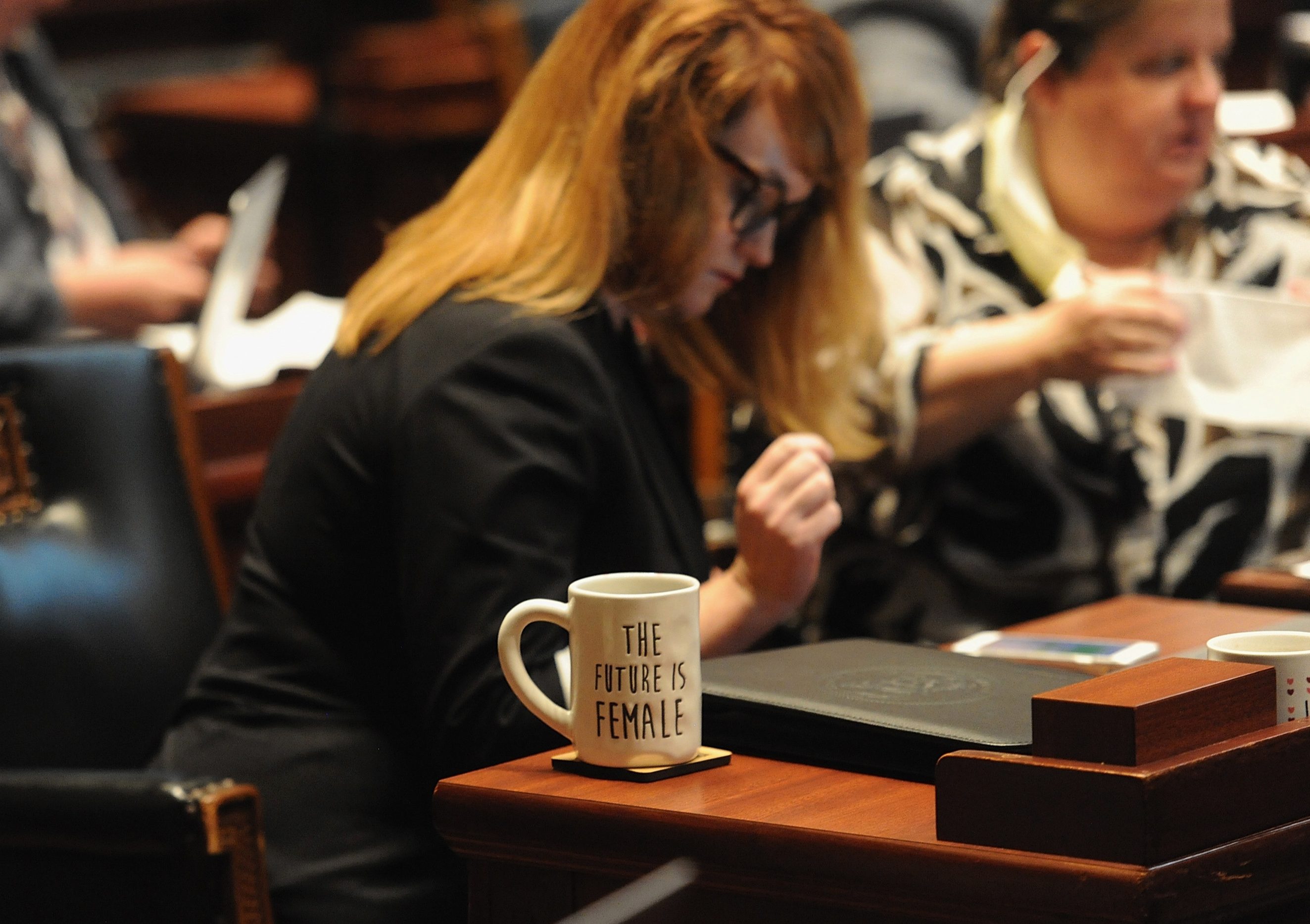 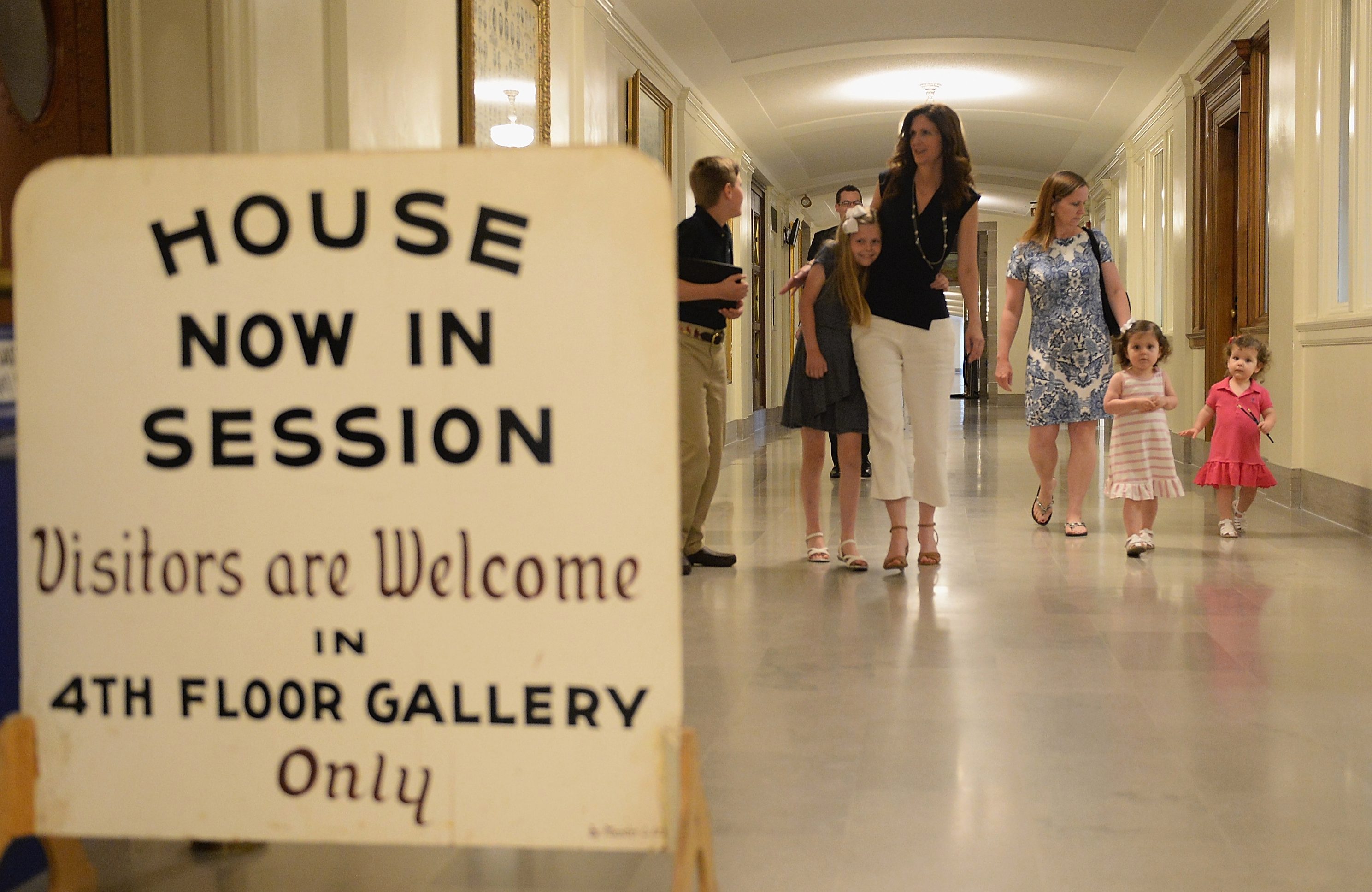 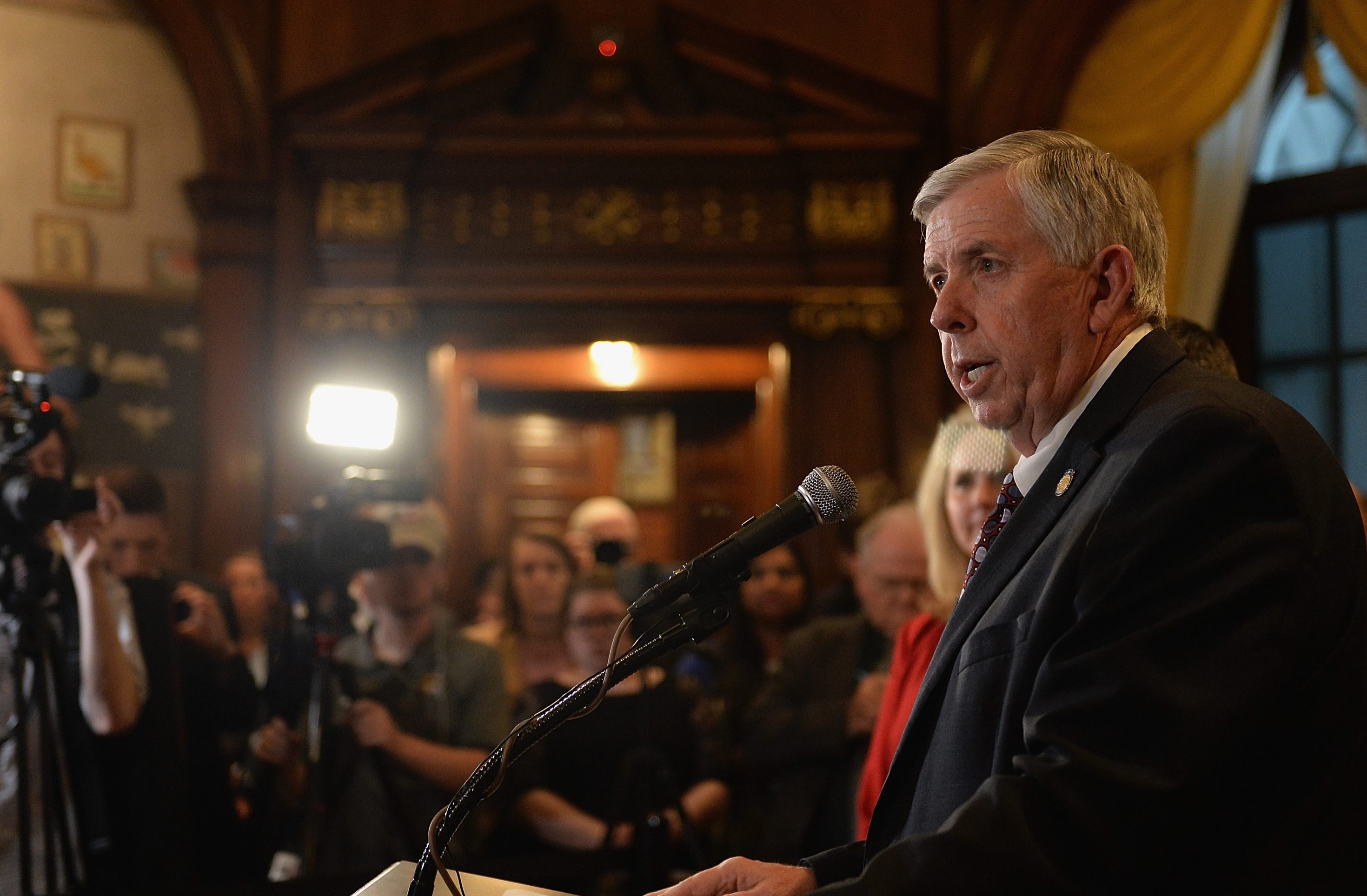 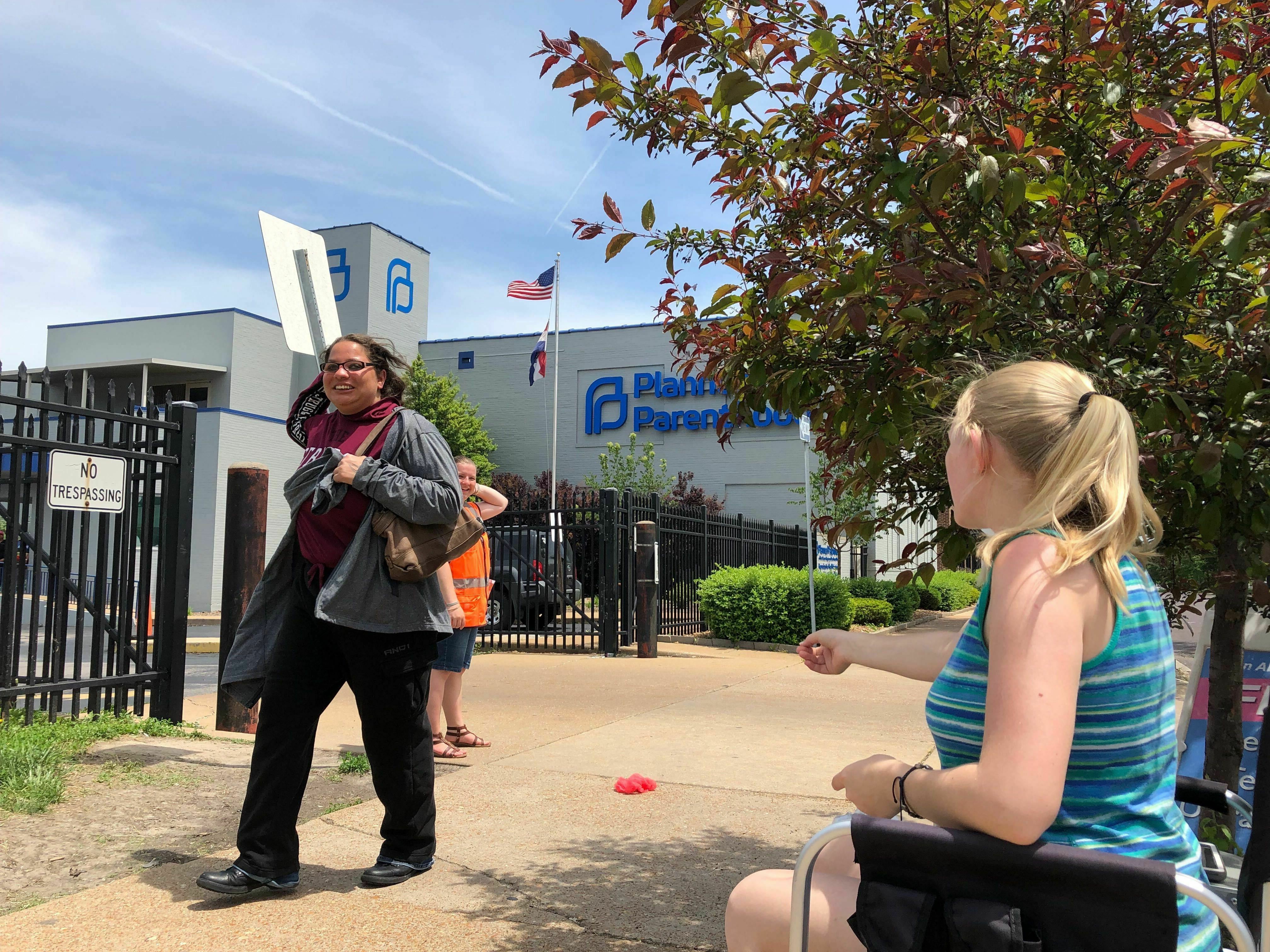 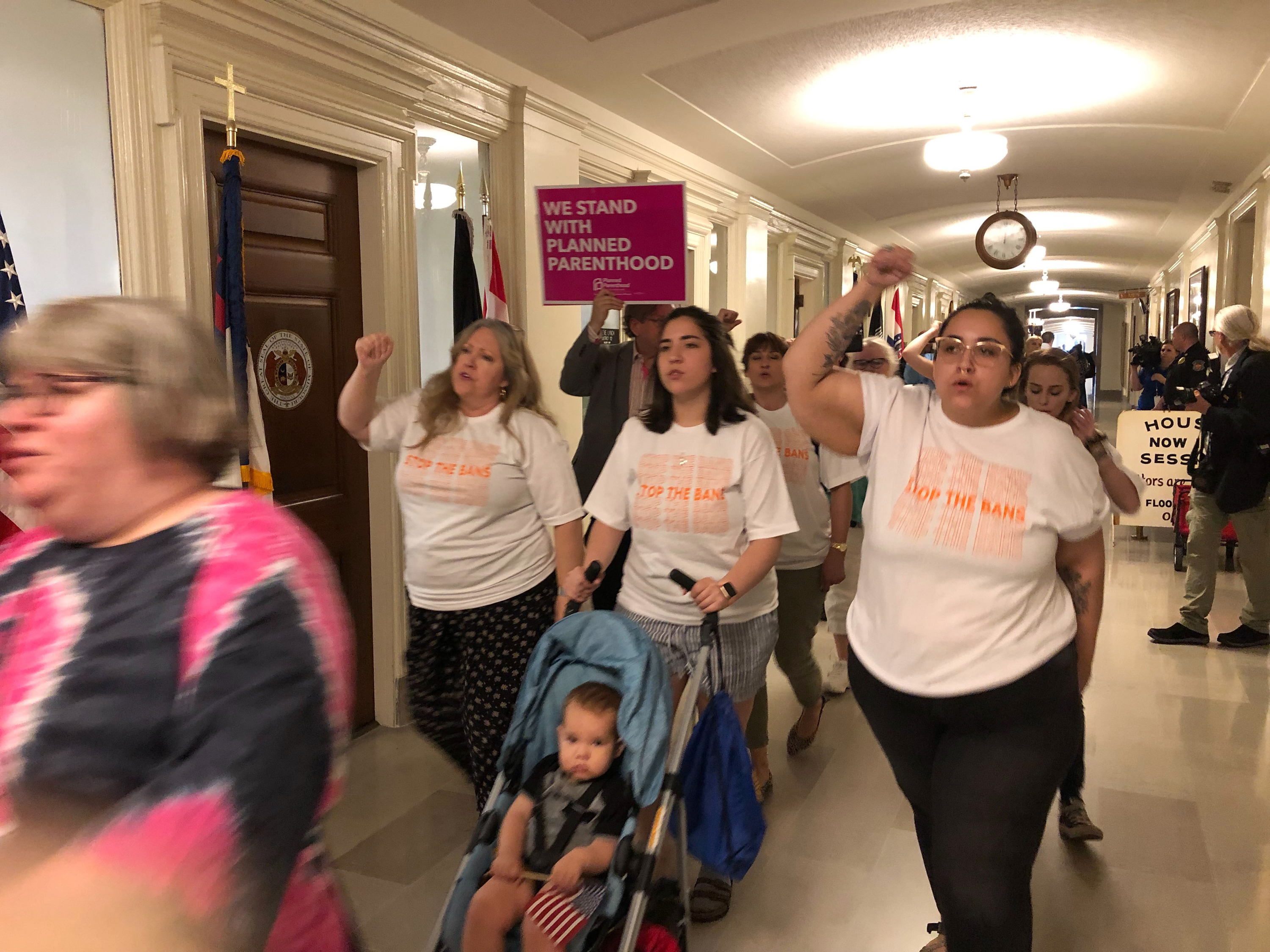