A domestic moggy who dreamed of becoming a Big Cat was found living yards from a lion enclosure – two months after disappearing from home.

Five-year-old Simba just couldn’t wait to be King and set up home four miles away from his owners at Colchester Zoo.

He was discovered by keepers who spotted him imitating the other lions – running around trying to catch birds.

They scanned his microchip before returning him back to his owners Raymond and Carly Bateman. 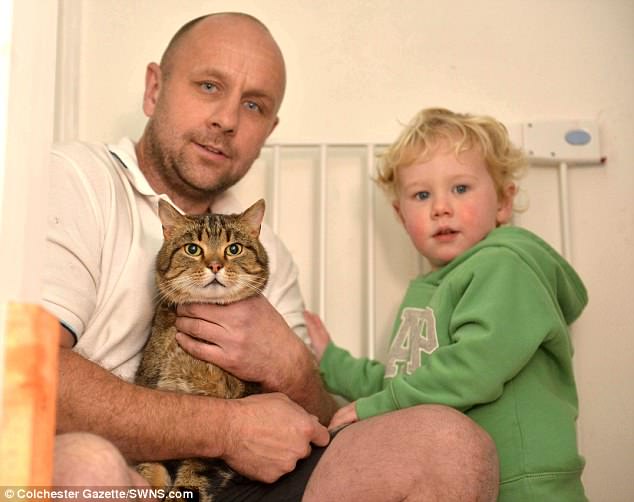 A pet cat was found living yards away from a lion enclosure at Colchester Zoo. The moggy had been missing for two months before keepers returned him to his home four miles away. Pictured: Owner Raymond Bateman, his son Ethan, two, and pet cat Simba 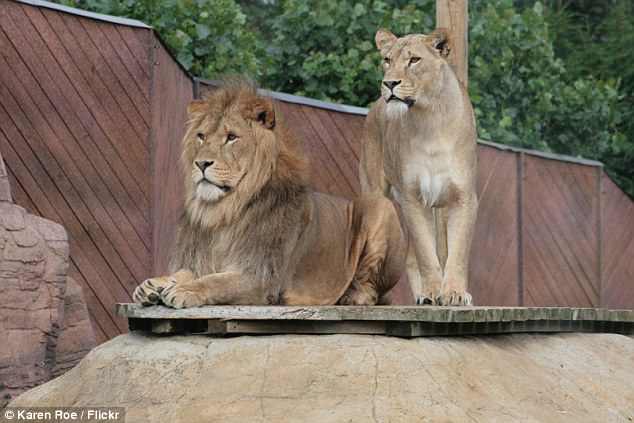 The cat was discovered by keepers who spotted him imitating the other lions – running around trying to catch birds. Pictured: Lions at Colchester Zoo

‘He had some scratches on his nose so he must have been fighting around the other animals.

‘We just don’t understand how he got there. Of all the places in the world, he ends up at the zoo.

‘I was just surprised he didn’t get eaten. They ended up calling him the zoo cat.

‘We think he must have been there for about two months, he came home in such a good condition.’

Raymond says the Big Cat experience has transformed Simba from a ‘shy and nervous’ moggy to a ‘confident’ cat. 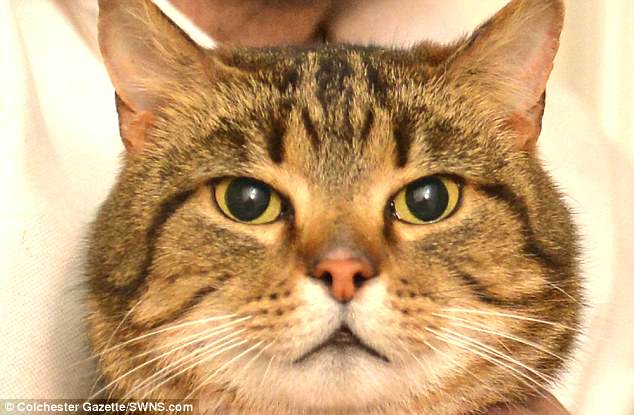 Although the moggy Simba was returned safe and sound to his owners last week, Colchester Zoo has a history of animal mishaps.

The Big Cat enclosure has been site to plenty of bloody endings.

In February, a beloved vulture named Yatsey was mauled by a lioness, causing zoo-goers to scream in shock.

The Eurasion Griffon Vulture flew through the netting and one of the lions ‘instinctively’ caught him, causing a puncture to its body. It later died.

In 2012, a lion ate a barn owl which had become ‘spooked’ during a falconry display and flown out of the arena.

In 2013, three wolves had to be tracked down and killed when they escaped and were loose in a residential area.

He believes the reason for his shy cat to have gone missing may be because they started to build a large extension.

Simba, who gets uncomfortable when his environment changes, didn’t take well to the constant noise and busyness, Raymond said.

Raymond added: ‘About two months into the work he went missing.

‘Usually he comes back every night but when he didn’t come back one day we knew something wasn’t right.

‘We made leaflets and went to the vets to check if he had been picked up from his microchip but there was nothing.’

The couple were close to giving up until they received a call from Colchester Zoo last week.

Strangely, the morning they received the phone call, the couple and their two-year-old son Ethan were planning on going to the zoo.

Raymond had even been at the zoo the week before with his son, but because the attraction is so big they said they had no chance of spotting their beloved pet.

Raymond added: ‘We had him since he was born. He had never disappeared before as when people used to come round he used to run away and hide under the bed.

‘He’s a friendly cat, he likes being stroked and he’s really good, it’s just when strangers come round he was always nervous.

‘He is still nervous around some places but he is back to sleeping on my leg and he recognises home again.’