The horrified witness was filmed jogging over to the group in Alum Rock, Birmingham at around 8pm on Tuesday. 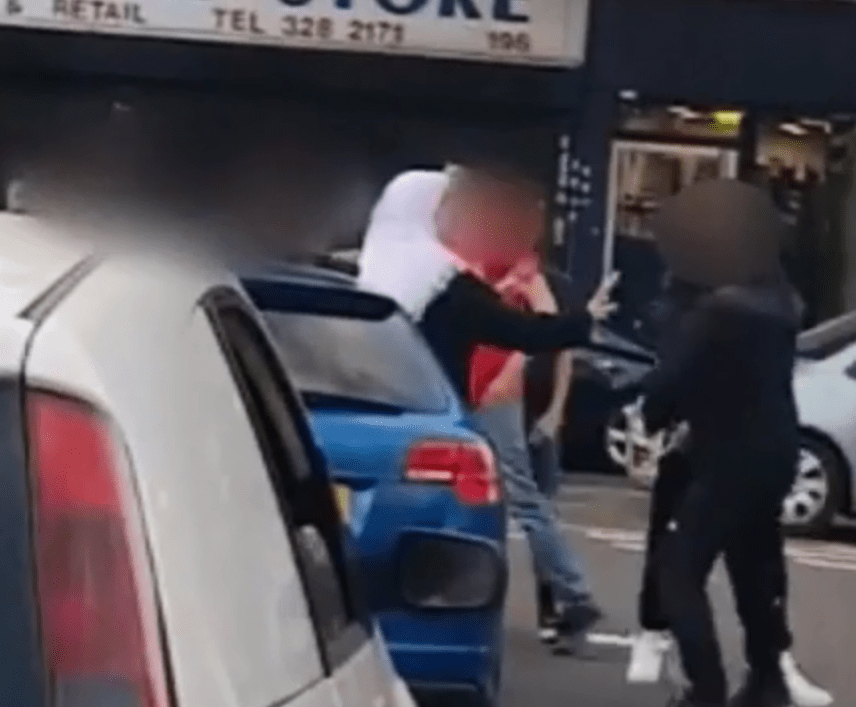 Footage filmed by an onlooker shows a group of young men lobbing punches and kicking each other.

One man dressed in all black breaks away from the group to open the boot of his silver VW Golf, searching until he finds what appears to be a socket wrench.

He darts back into the crowd to strike one male, leaving by-standers including a young child shocked senseless.

With her outstretched arms, and palms pleading for peace, the woman runs into the fight pleading for the violence to stop. 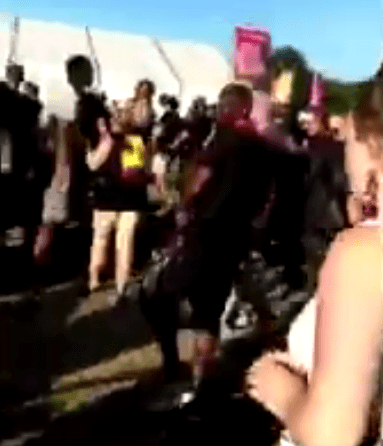 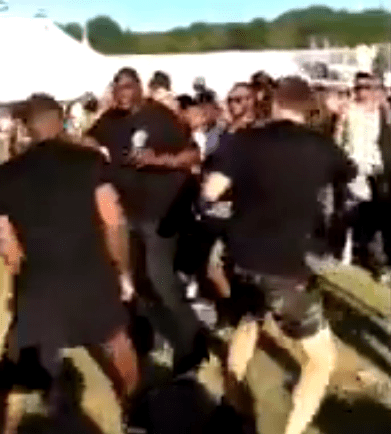 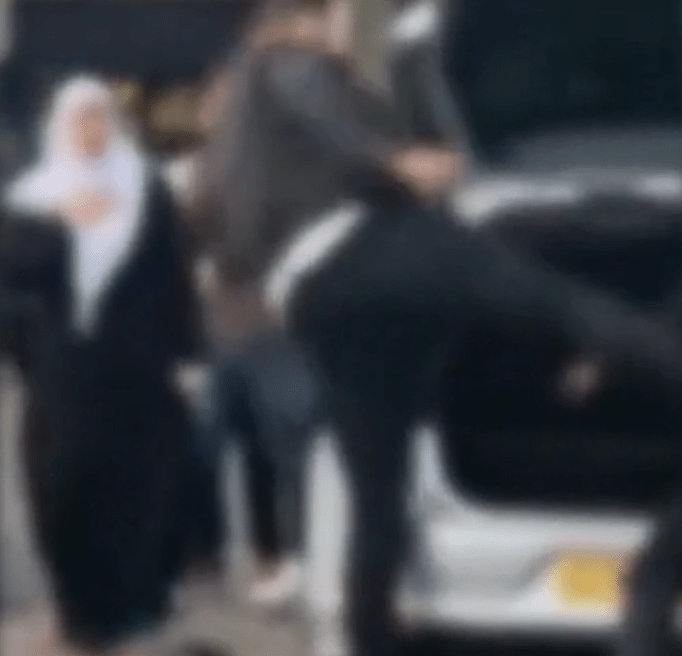 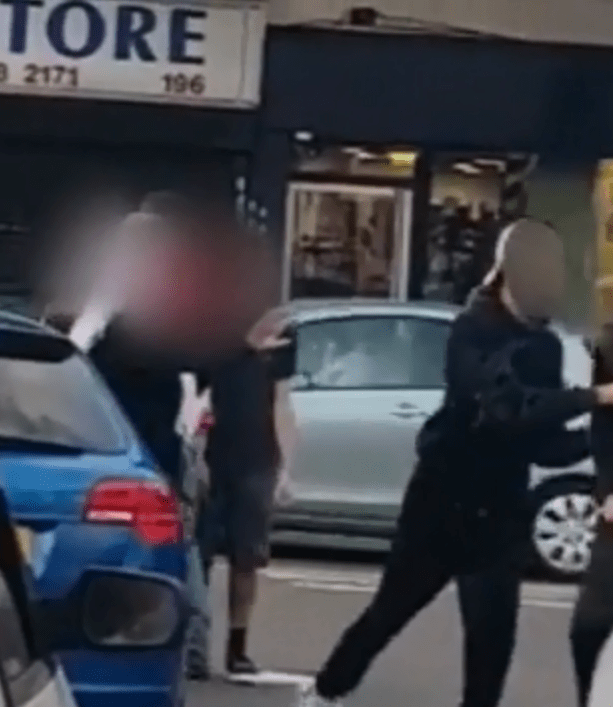 At least four lads can be seen holding other furious men back from each other in a bid to follow the woman's footsteps.

But in an instant, one male launches a final fly kick at another who was facing the other direction.

As the woman continues to calm the men using gestures with her hands, the video ends with some facing each other from afar, while others drive off.

A West Midlands Police spokesman said: "We received a call at just after 8.20pm to reports of a disorder.

"Officers attended and there was no trace of anyone."

This is the latest incident in a wave of brutal broad daylight attacks that appear to have spread across the home counties from Lawless London.

Yesterday, a victim, said to be in his 20s, was knifed outside a Kensington Tesco branch at around 6.30pm.

Horrific photos of the scene in the plush district showed blood splattered across the street, following witness of "blood everywhere".

Home Office officials blamed Britain's soaring knife epidemic on city gangs who are expanding their territories across the country.