This is the moment brazen thieves use keyless technology to steal student’s car from outside her family home.

A gang pulled up outside Phoebe Bradley-Smith’s home in Tyseley, Birmingham, and quickly broke into her Renault Clio without using a key on Thursday morning.

After failing to break into her mother’s new car on the drive, the thieves turned to Miss Bradley-Smith’s vehicle sitting nearby.

They can be seen jumping into the car and quickly driving off after successfully unlocking it with a remote device. 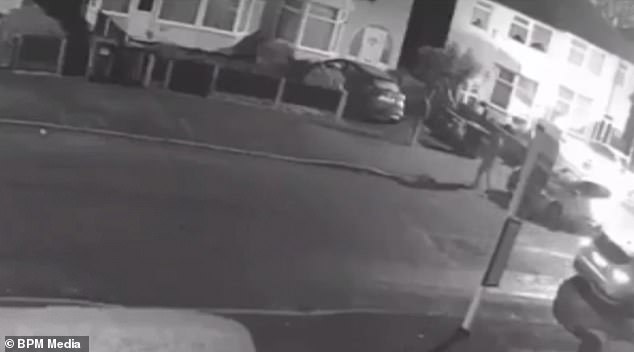 A gang pulled up outside Phoebe Bradley-Smith’s home in Tyseley, Birmingham, and quickly broke into her Renault Clio 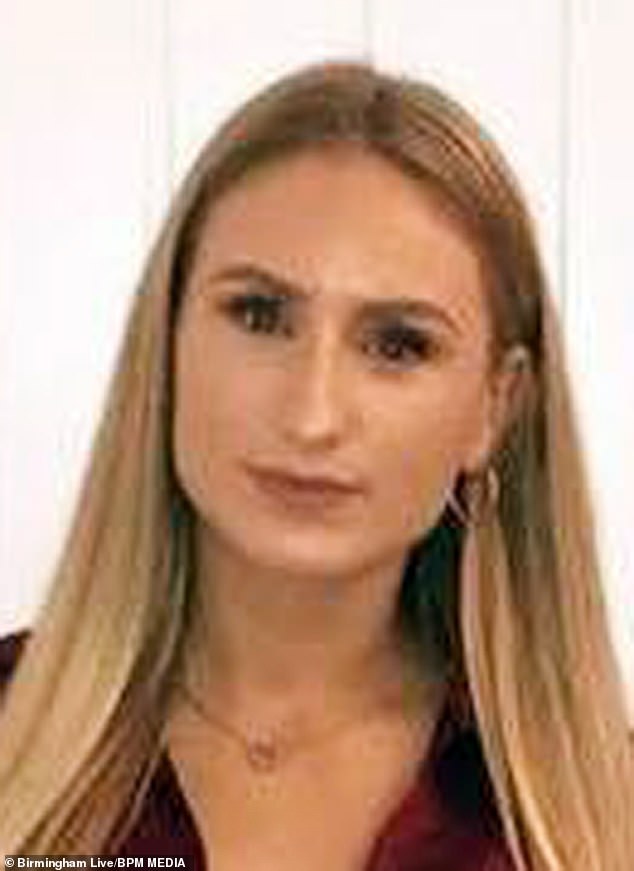 This is the second time the 20-year-old has had a car stolen from outside her home.

On the previous occasion, burglars broke into her home while her parents and sister slept upstairs and took valuables including a laptop, camera and car keys including the one to her Vauxhall Viva.

The first year nursing student at Birmingham City University was absolutely distraught over the second car stolen from her that she was still paying her father back for.

She said: ‘It’s scary. They knew exactly what they were looking for. It felt like I was being watched. It’s annoying because I worked hard to get these cars. 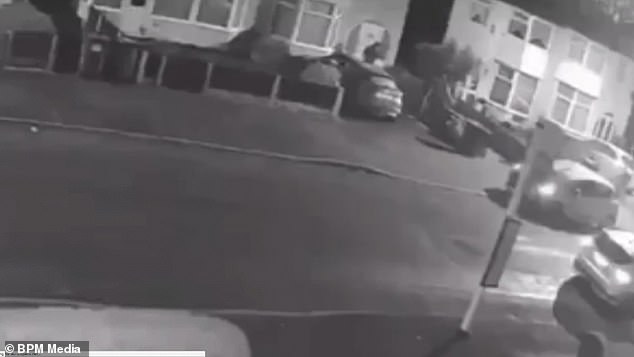 ‘I don’t think I can afford another car because it’s the second car that’s been stolen in two years, my insurance will be through the roof.’

Miss Bradley-Smith arrived home from her part-time job as a lifeguard at a swimming pool on Wednesday around 10.30pm.

She said: ‘When I came in, I heard my car lock because I used the fob which means it locks automatically.

‘My mum went to take the bins out at 8.45 the next morning and she said my car was missing. ‘I said “what, again?” and burst into tears.

‘I called the police and got into contact with the neighbour who lives across the road and asked him to look at the CCTV.’

She said: ‘I’ve still got both of my keys. I’m a nursing student and I’ve got two placements this year so this will have a knock on effect.

‘It’s your whole life. For them they probably got £300.. I come from a working class family and I can’t just go and replace it.’

A West Midlands Police spokeswoman said: ‘I can confirm we are investigating the theft of a car from outside a house in Tyseley Lane, Tyseley which occurred overnight between 10:30pm on 21 November and 09:30 on 22 November.’

How to protect your vehicle: Everyday items like a drinks can or your fridge can stop the criminals in their tracks

Every make and model of car which can start ‘keylessly’ is susceptible to a relay attack.

While this might put drivers on edge, there are easy steps you can take to stop you becoming the next victim of a relay theft.

Certain metals are capable of blocking key signals, which means if you store your fob with one of these metals around it, criminals won’t be able to pick them up and steal your vehicle.

The most simple and most ingenious is a metal can.

The aluminum in a drinks can will stop radio signals being transmitted from your key and stop burglars in their tracks.

Some experts have suggested keeping your keys in the fridge, as the material on the inside will block signals too.

If you’re looking for a low-cost option, some people wrap their fobs in tin foil – although this isn’t endorsed by security firms.

Keeping your keys in a small metal box however can work efficiently.

Special faraday pouches — cheap wallets which shield the key’s radio signal from being transmitted — are also useful for storing your keys when you’re away from home – in motorway service stations and public car parks.

Experts also encourage drivers to keep them at least 5m away from their front door, to give thieves the worst chance of being able to relay a signal.

But some security specialists advise against hiding your car keys too obscurely in your house — because if serious criminals truly want to steal your car, they will break in and do anything to find the keys.

Old-fashioned methods like parking in a well-lit area, using a steering wheel lock and installing a proper tracking device to your vehicle are still highly recommended to keep your car safe.