Incredible moment bystanders rush to lift a 1.5 ton car off a teenage cyclist after a hit-and-run driver left him fighting for his life

Incredible footage shows the moment members of the public lifted a car from a seriously injured cyclist following a hit and run in east London.

The teenager is fighting for his life in hospital after he was stuck under a Ford Focus which crashed into him in Poplar, east London yesterday evening.

He was rescued from beneath the vehicle by a group of around a dozen locals, who quickly ran to the scene and lifted the car to get the teenager out. 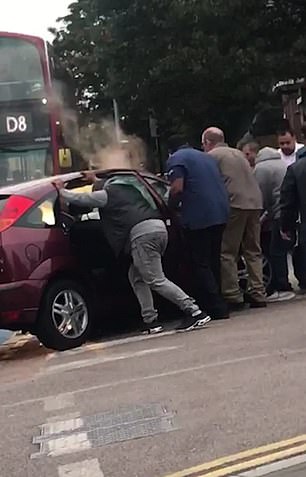 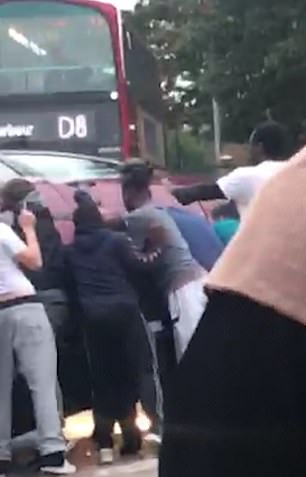 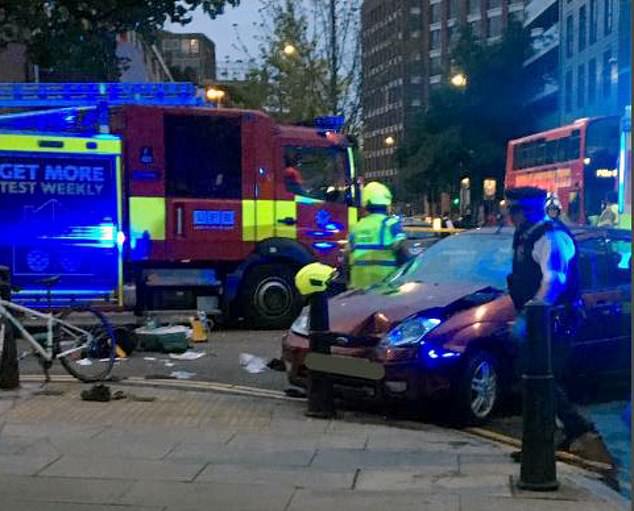 The driver then ran off and police have so far been unable to track them down.

The teenage cyclist was left wedged under the car, which crashed into a bollard and had smoke rising from its crumpled bonnet.

Footage filmed by a passerby shows shouts and screams as local residents realise what has happened and rush to help.

A group of around 15 people then lift the one and half ton car while others get the teenager out.

The cyclist was then rushed to hospital, where he remains in a critical condition.

Police have appealed for witnesses and anyone with dashcam footage of the build-up to the crash or the incident itself to come forward. 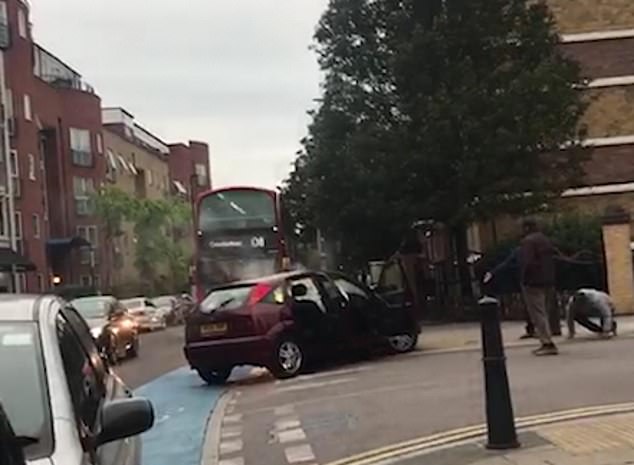 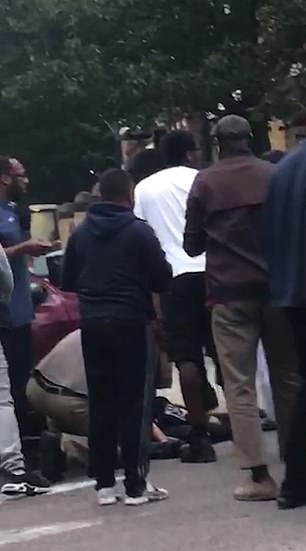 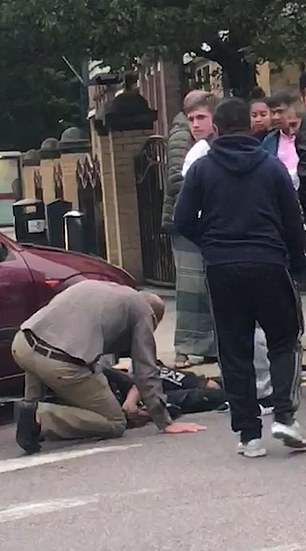