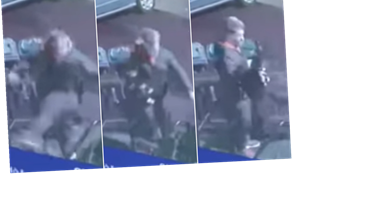 A CALLOUS thug has been caught on film kicking a defenceless cat into a garden during a drunken rage.

The drunk lout, who we have decided not to identify, was recorded carrying the animal by the scruff of the neck before turning and cruelly booting it into the air. 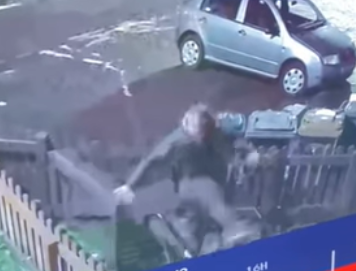 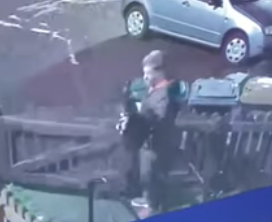 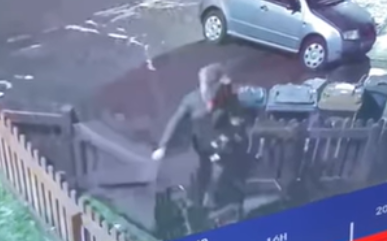 The man is then seen leaving the area before returning and launching a large green plastic bin into the garden at the home in East Craigs, Edinburgh, earlier this year.

The Scottish SPCA has now launched an investigation after being made aware of the incident.

The sickening incident was captured on a local CCTV system and was posted to the UK Animal Cruelty Files (UKACF) Facebook page on Thursday. 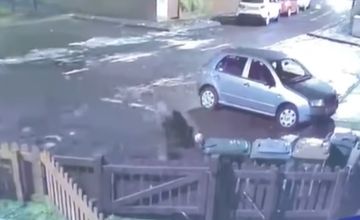 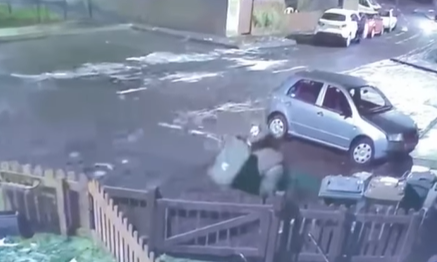 The UKACF post claims the small black and white cat belongs to the man’s mother, who is stated as refusing to report the matter despite being made aware of the attack.

The UKAFC post reads: “Shame on [name omitted] who was caught on CCTV on January 2, attacking his mother’s cat in a drunken rage.

“He is seen at the start of the video picking the tiny cat up by the back of her neck before booting her through the air.

“He returns moments later, still enraged, and throws a wheelie bin into his mother’s garden. He’s clearly not the most stable of individuals.

“[His] mother, who lives in East Craigs, refuses to report her waster of a son to the authorities.

“In fact, she hasn’t even bothered taking the cat to the vet for a check-up despite the high likelihood that she will have been injured. So shame on her as well.

“The cat has recently been spotted at the window of the mother’s home so it does seem that she survived the attack, but it’s still not acceptable.

“[The man], who has a dog and cat of his own, must be punished for his actions.”

Hundreds of animal lovers have slammed the cruel attack and encouraged the incident to be reported to the police and the Scottish SPCA.

Isobel Boyd posted: “Need to report this disgraceful behaviour his pets are not safe with him.”

Janice Wood said: “This needs reported, unbelievable cruelty. What a hard guy you are hurting an innocent wee cat.”

And Tracey Davis added: “I can’t even watch this – that poor cat should be rehomed and checked by a vet.”

Scottish SPCA chief inspector Sarah Gregory said: “We have launched an investigation after being made aware of a video which appears to show a man kicking a cat.

“We are keen to speak to anyone who can assist with our enquiries. Any person with information which may aid our investigation can contact our animal helpline confidentially on 03000 999 999.”