In video uploaded to Facebook, the cyclist can be seen meandering down a road, looking down at what appears to be a mobile phone. 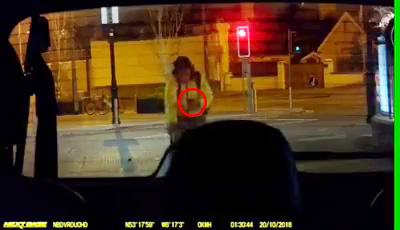 Dressed in a bright yellow jacket and no helmet, he is first seen in the distance turning a corner while reading or watching something on the device.

With his full attention on the phone, he fails to spot a stationary car in his path.

He does not take his eyes off the phone until he is a few inches away from colliding with the car.

He looks up but it’s too late. 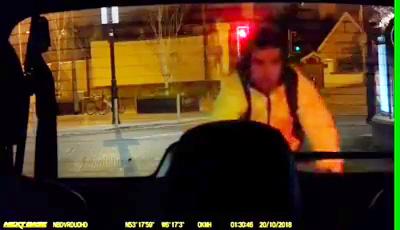 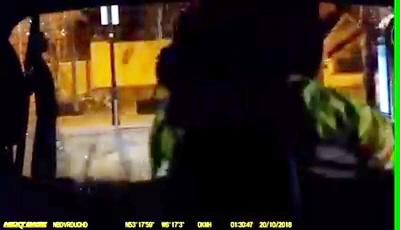 Within a split second he goes straight into the back of the stationary car, smashing his head against the rear windscreen.

The impact smashes the glass in an instant, and the cyclist is seen clutching his head.

His identity and the extent of his injuries are not known.

The incident took place on October 20, 2018 at around 1.30am – according to the dashcam information.

It was posted on the ‘Bad drivers caught on dashcam’ Facebook group earlier today. 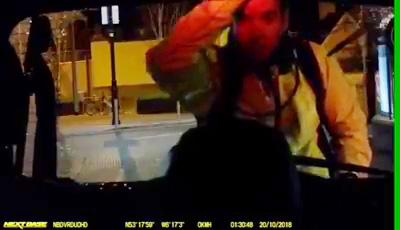 The cyclist’s lack of concentration was berated on the group, with one saying: “What a d*** hope he pays for the damage.”

One commenter raged: “Yet another f***ing dumb*** idiot!!!!”, while another branded the cyclist a “complete and utter c**kwomble”.

The opportunity to mock him was not missed either, with one person writing: “Was reading a txt and had some smashing news lol.”