This is the moment a furious man went berserk inside a north London cafe, causing more than £2,000 of damage after smashing a plate glass window.

The incident happened in front of shocked customers and staff at Café De La Post in Edgware on Saturday, December 18.

CCTV footage shows the man starting to act aggressively in the adjacent post office, which shares a building with the cafe. 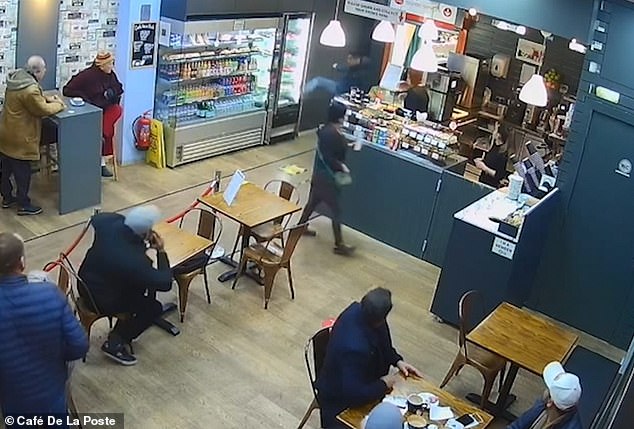 The man, pictured top right, kicked out at a fridge unit in Cafe De La Post in Edgware, north London on December 18 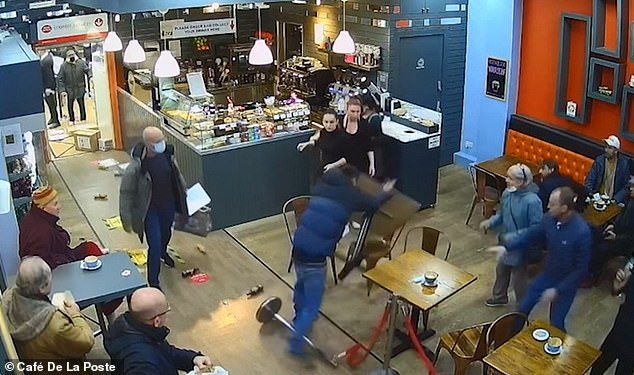 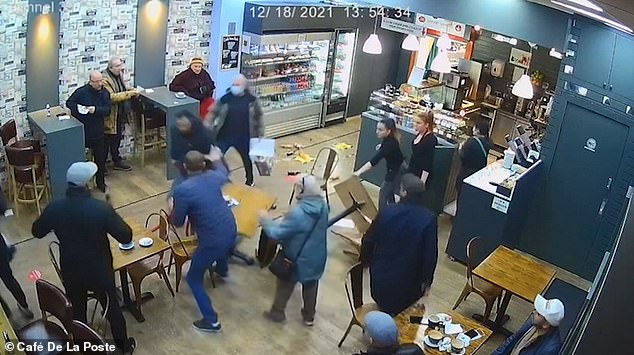 He then stumbled into the cafe and pulled cold drinks from a fridge, kicking out at the cooler unit.

Shocked diners, including several pensioners, looked up from their food at the commotion.

One woman fled her table while staff members came out from behind the counter to approach the man.

Several customers stood up and ushered the man towards the door, as he tossed over a couple of tables.

One customer pushed the man outside onto the street and closed the door to prevent him from returning inside.

The men then picked up a chair from the outside seating area and smashed it against the plate glass door, smashing one pane, causing £2,200 of damage.

The cafe is owned by brothers Ilirian and Bhardi Blloshmi, who apologised to their customers over Facebook.

The owners wrote: ‘We are absolutely devastated about what happened. This has nothing to do with the coffee shop. 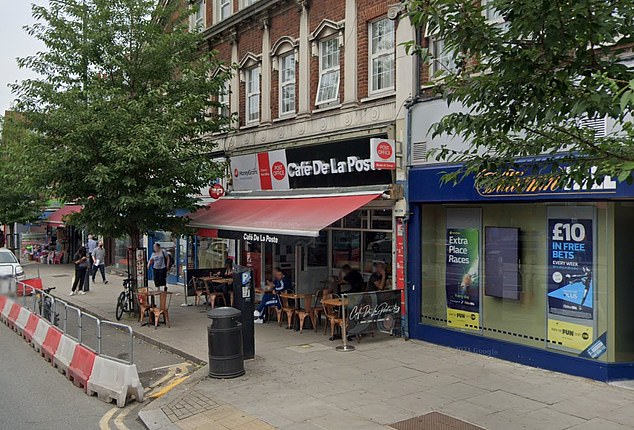 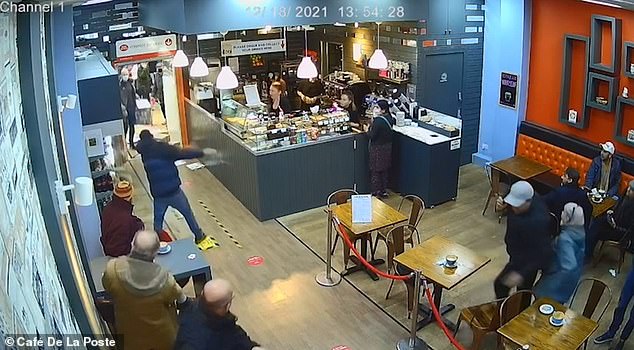 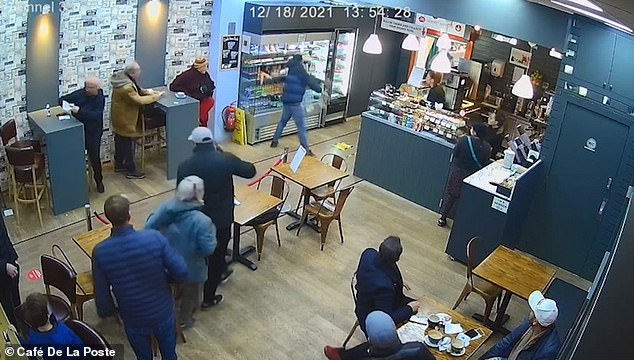 ‘We share the same space with a post office. The individual in the video was at the post office and he got upset there and then walked away and started attacking our coffee shop.

‘We’re very new and doing well and this has impacted us so much.

‘One of our customers was with his child and had to push the man out of the shop.

‘We had elderly people, and children in the shop and it’s horrible to have to go through this as a new business.

‘We called the police but they never arrived. We are so upset with them, they never do anything about any crime we call them about. Someone could have been seriously hurt.

‘We just want to apologise to all our customers who were there at the time. 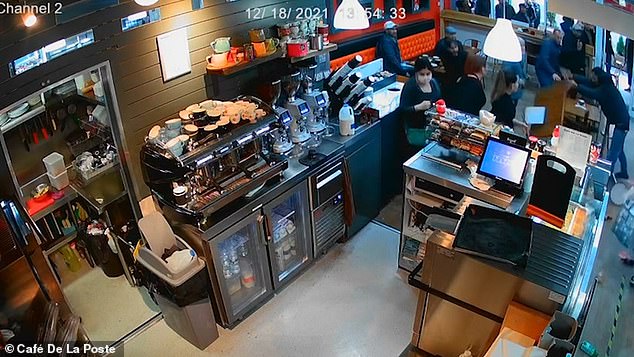 ‘This isn’t the first time something like this has happened and we are now having to move our shop because of the trouble the post office receives and we have to suffer from.

Even the post office have called the police when there is trouble but we they just don’t come.

The Metropolitan Police told MailOnline that they are investigating the incident although no arrests have yet been made.