THIS is the moment a potty-mouthed pensioner dares a van man to "come on out and see how f***ing old I am".

The raging elderly man — dubbed the new Ronnie Pickering — unleashed a tirade against the driver who he claimed had parked across his "f***ing garage". 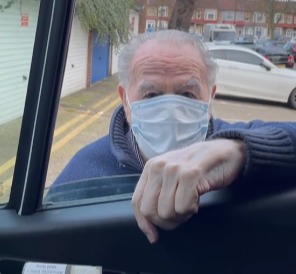 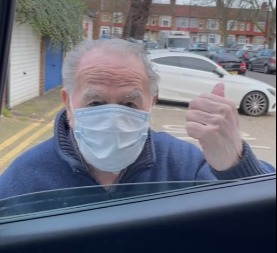 It is unclear where exactly the row unfolded but the clip was uploaded yesterday to Tiktok apparently by the van man.

He makes light of his encounter with the pensioner by captioning the post "granddad sticking it on me".

The driver can be heard politely asking the pensioner "why are you being so horrible to me?"

But the man — who despite his advanced years still has his fighting spirit — yells: "Because you are across my f***ing garage.

"You are not supposed to park here. That’s why it's got 'no parking'.

"If I was younger you would find out how horrible I f***ing am.

The driver appeared to be calm and reassures him he would "never touch" him.

But this further enrages the older fella, who then says: "You wouldn’t. I would f***ing touch you.

The raging pensioner then taunts the driver to open his van door as well as threatening to call his grandsons to help him out.

Since the video was posted yesterday,some have been drawing comparisons with the older fella and Ronnie Pickering.

Pickering became a worldwide internet star in 2015 after repeatedly ranting at a motorcyclist: "Do you know who I am – I am Ronnie Pickering!".

He turned into an online sensation as his catchphrase caught on all over the world. 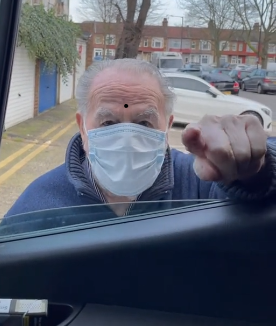