Spooky noodles! Bizarre moment a shopkeeper’s ‘possessed’ ramen suddenly launches into the air and splatters across his counter

This is the bizarre moment a ‘possessed’ bowl of instant noodles suddenly shot into the sky and splattered across a shop counter.

The clip, filmed at a corner shop in China, captured the cup of ramen as it exploded into the air without being touched.

A shopkeeper, who was sitting at the counter, had placed the noodles on the glass surface before turning to his computer. 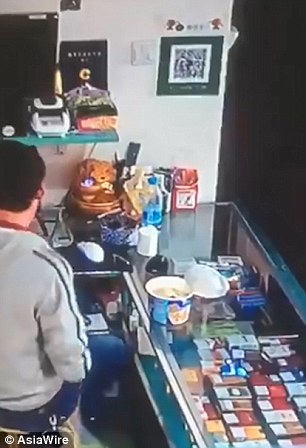 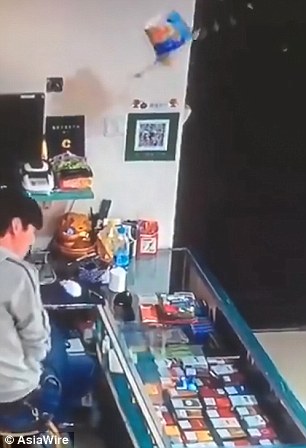 But seconds later, the paper bowl suddenly launched into the air – startling the man before landing upside down back on the surface.

The shopkeeper stared at the scene for a moment before desperately reaching for his noodle-covered phone.

The video, which now has more than a million views, has sparked debate on social media about what may have caused the jump.

Some commented it was ‘paranormal activity’ – even claiming the man was pranked by a ‘ghostly spirit.’ 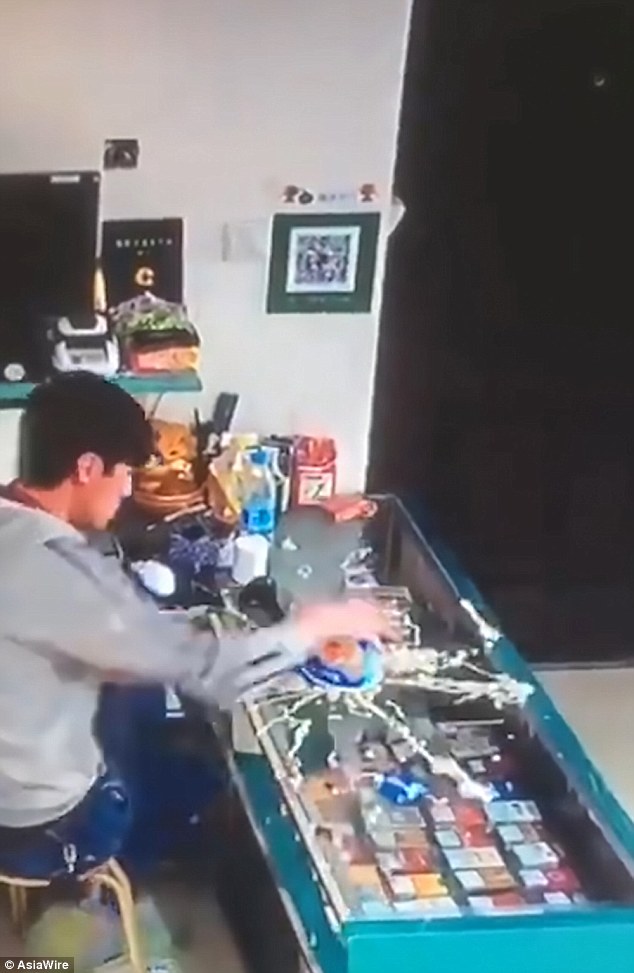 Others think a nearby lighter may be to blame for the rocket-like show.

Huangjinyan Shouxiguanzhong said: ‘Yep, definitely a lighter. It happened to me last time too with my spicy soup.’