SHOCKING footage has emerged of three women throwing punches, kicks and rolling around on the floor during a violent scrap inside a Greggs store.

The clip shows a woman approach a customer who appears to be ordering food. 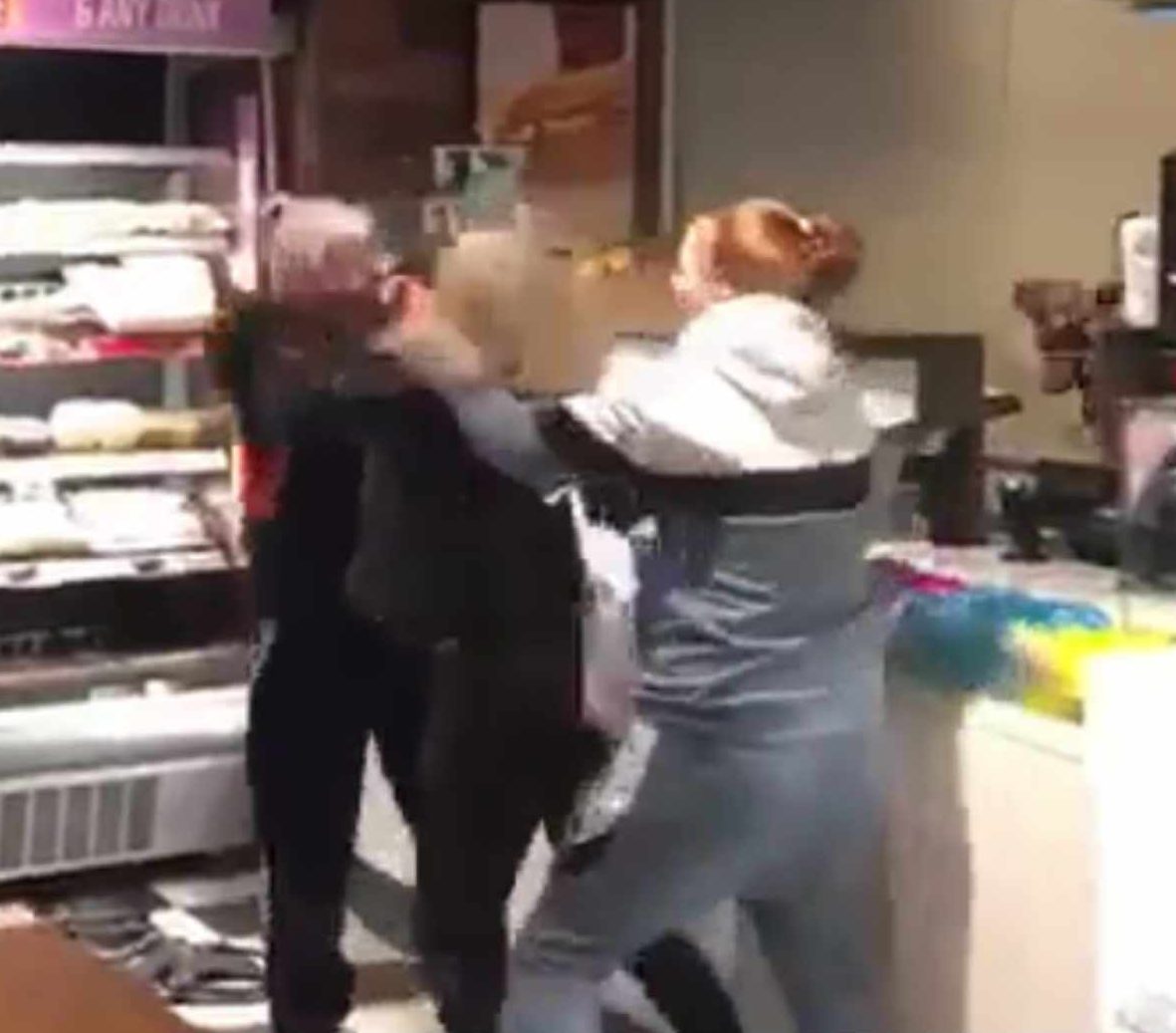 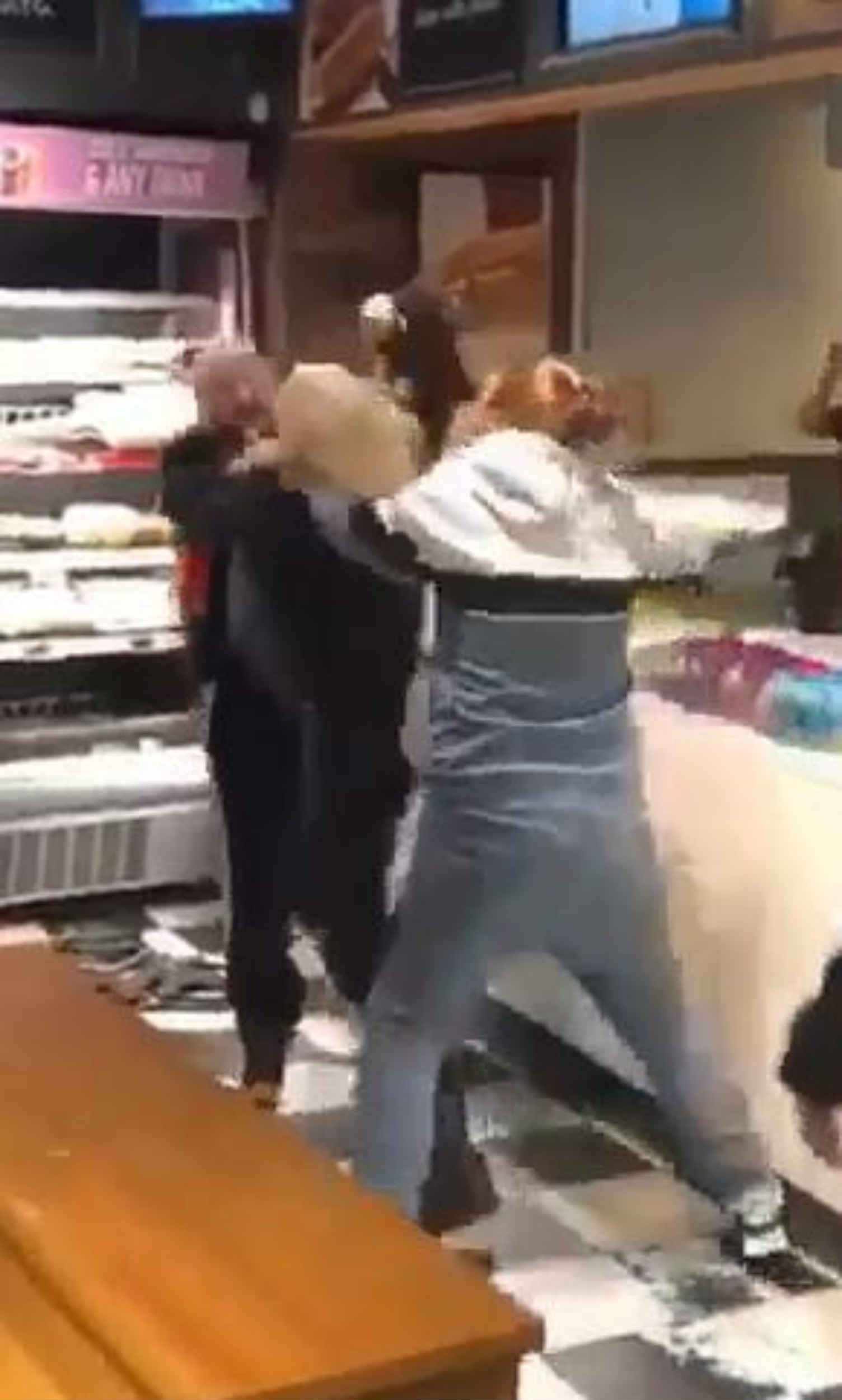 She begins throwing hooks at her victim before the pair fall to the deck and are dragged apart.

The woman who drags them apart then ends up caught in the melee on the floor of the takeaway, which is believed to be in Scotland.

Footage was posted on social media by Daniel Colquhon after the altercation that is understood to have happened on Saturday.

The post was captioned: “Junkie fight! Howling, all that for the last vegan sausage roll.”

One person can even be heard yelling "Junkie fight" as the pair exchange blows.

As they pair tumble to the ground one woman is seen kicking the other before a man steps in to separate them.

With both at opposite ends of the room, one of the women reignites the brawl, attempting to kick her opponent as she sits on the ground – only to fall over.

One person watching on says: "She's not in the f***ing meal deal" as they continue to battle.

The video racked up thousands of views before it was eventually removed.

Speaking today, Daniel, 29, who said he was sent the clip, described the incident as “crazy.”

He said: “Yeah it was crazy, happens all the time in that Greggs.

“I’ve seen a few people fighting over the warm sausage rolls too!

“Sooner that branch is shut down the better.” 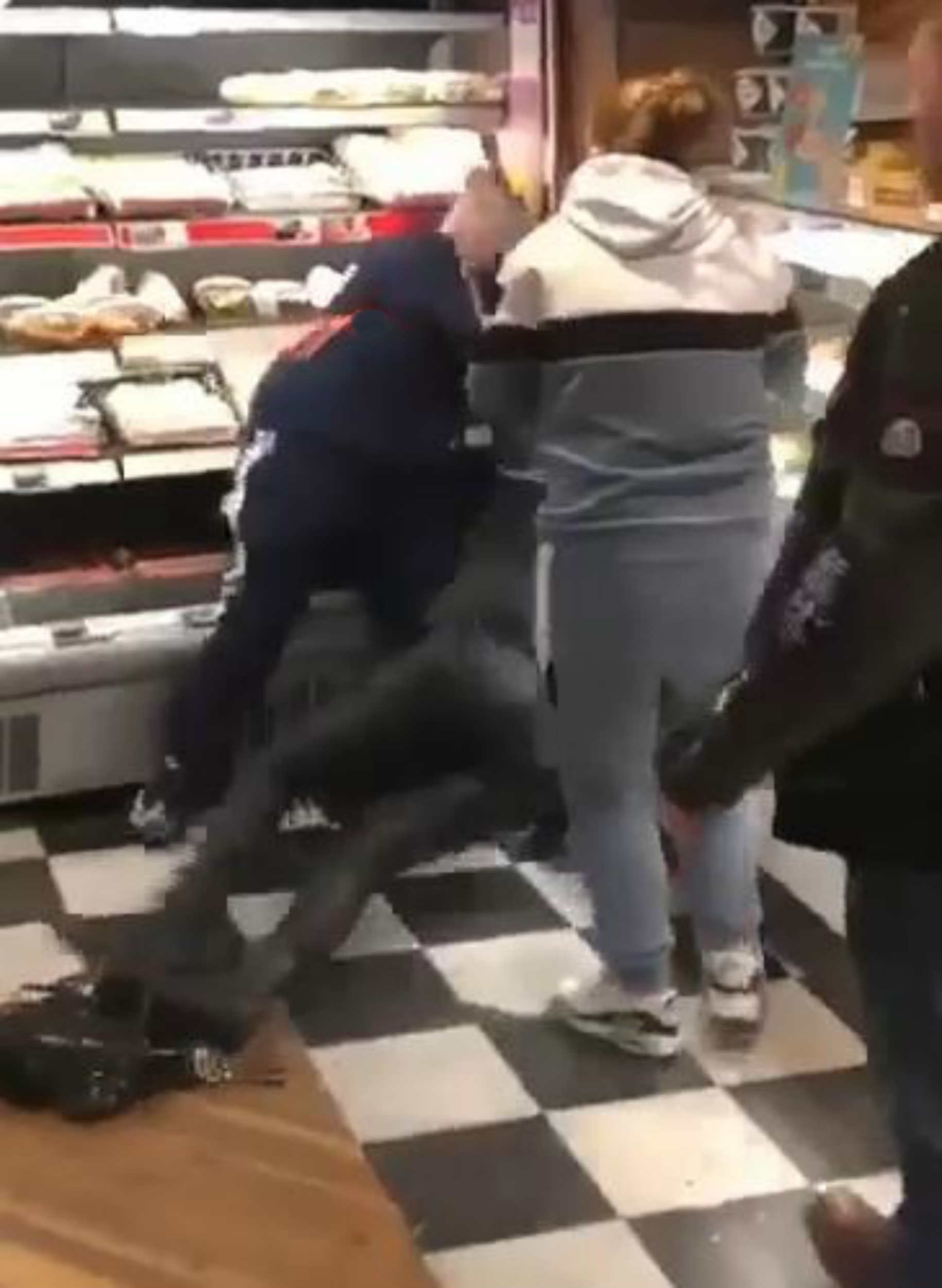