CCTV captured the tearful woman attempting to calm drunken revellers while in her wedding gown. 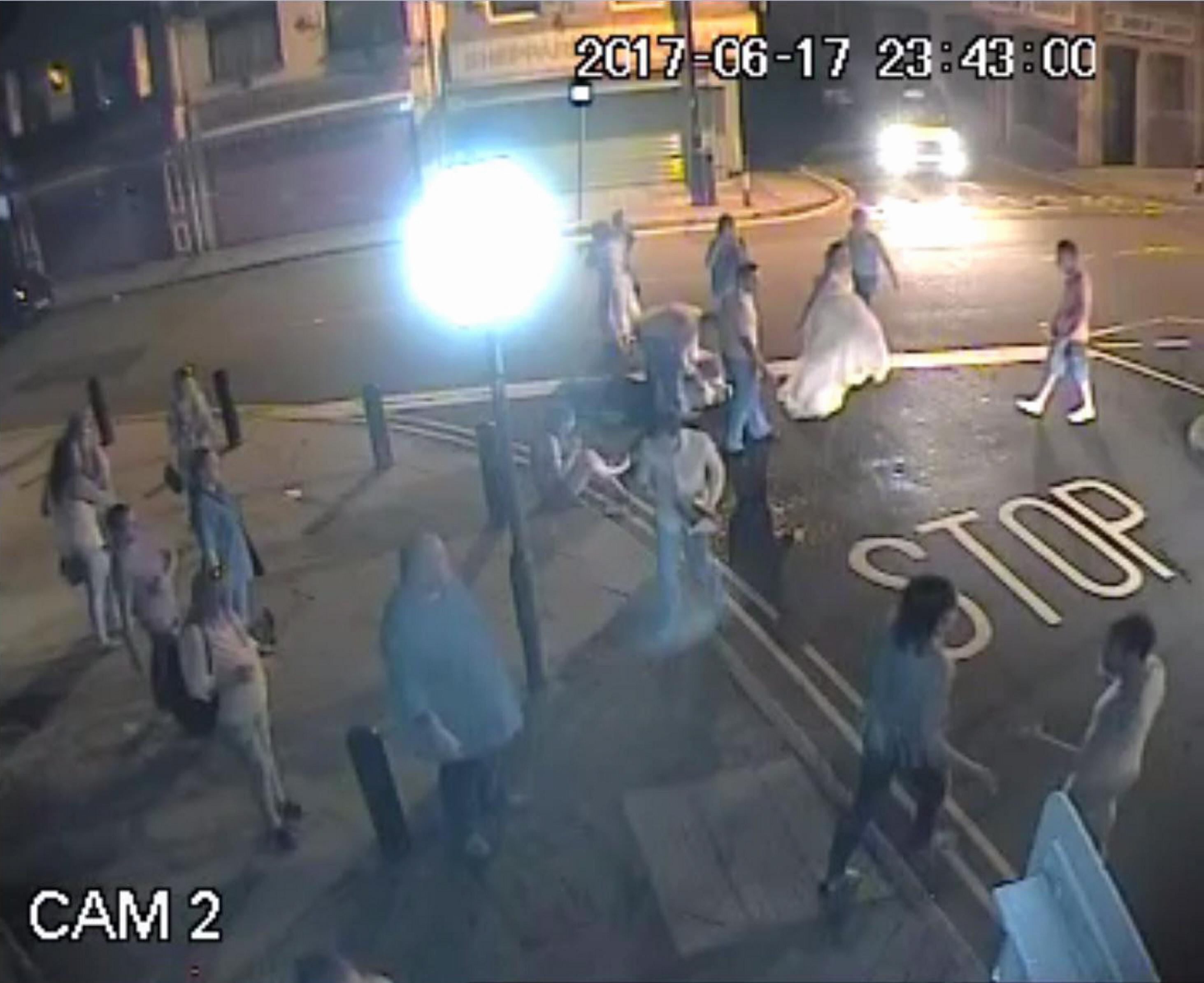 She is seen pushing men apart in the street outside the South Wales venue before a "sickening" attack on her new brother-in-law.

Dozens of guests spill out into road as they clash with pub regulars after the fight was sparked when a woman was slapped on the bottom.

More than 20 guests became involved in the brawl after a day of celebrations and heavy drinking.

A court heard Corey Roberts, 28, had already been floored by a punch when he was violently stamped on by Daniel Morgan, 26. 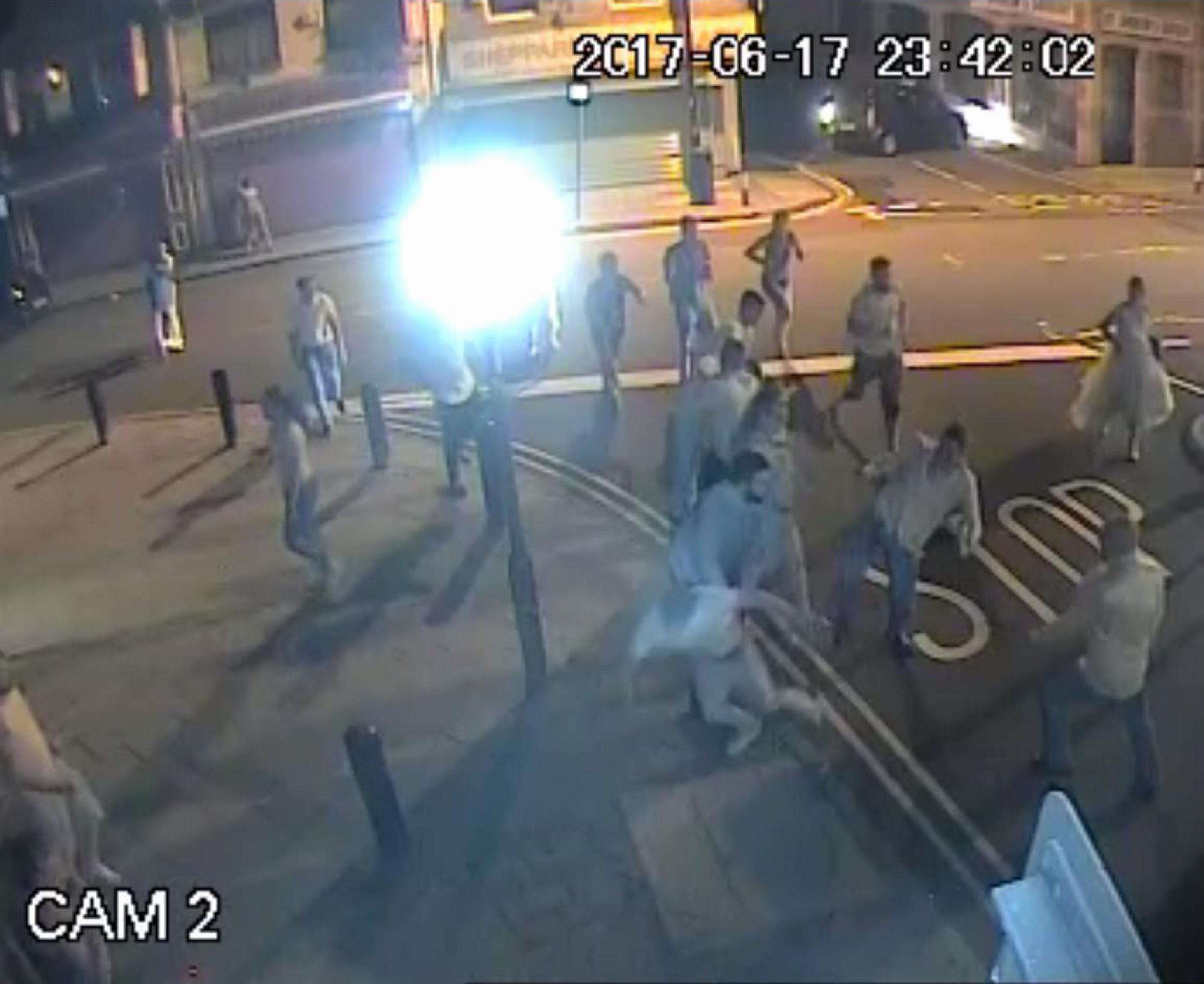 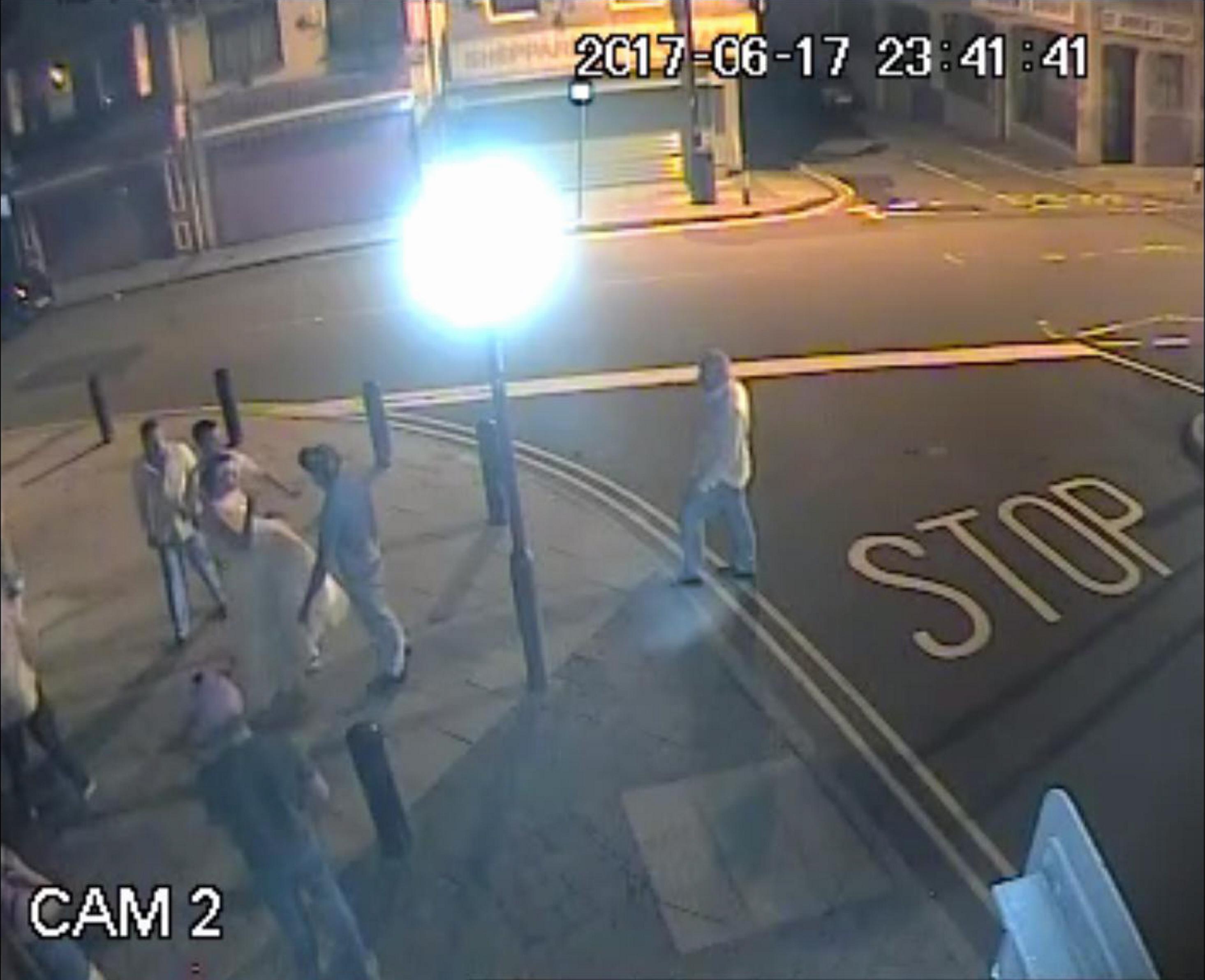 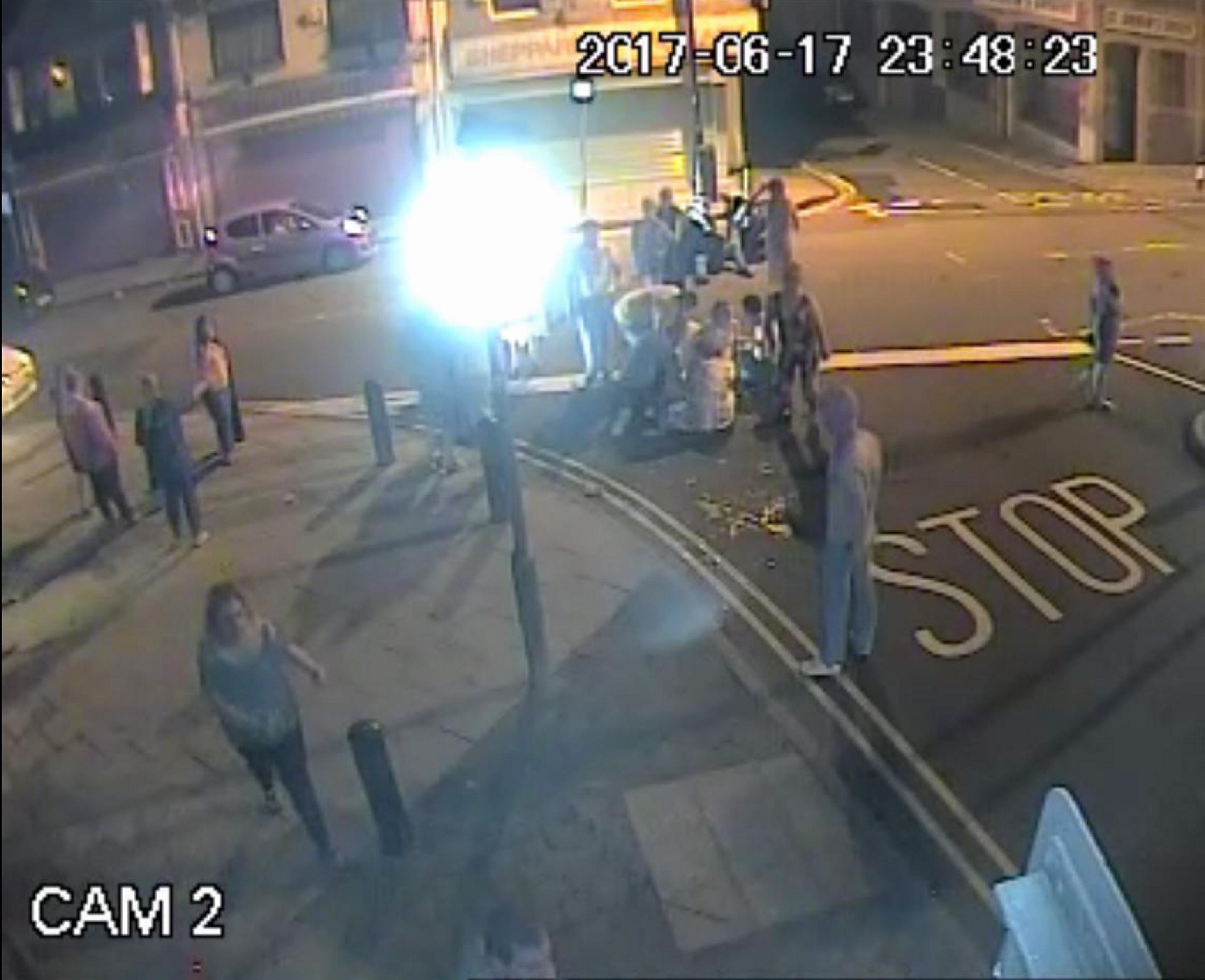 The CCTV shows Morgan “jump” into the air before stamping on his victim’s face – then running away.

Prosecutor Gareth James said: “It was a very forceful blow as Mr Roberts was lying on his back on the floor.

“He was unconscious for tens of minutes before an ambulance arrived to take him to hospital.

“He suffered a fractured cheekbone and swelling to the head and eye socket.”

The fight broke out at the wedding reception in the Pandy Inn at Tonypandy, Rhondda, South Wales, last June.

Judge Paul Thomas QC told Morgan: “It’s not how a bride wants to spend her wedding evening, sorting out a brawl like that.

“From the CCTV I can see you were spoiling for a fight and the level of violence was shocking.

“You deliberately, maliciously and forcefully jumped in the air to maximise the injuries to your victim’s face.

“You did that to a man who was already injured.” 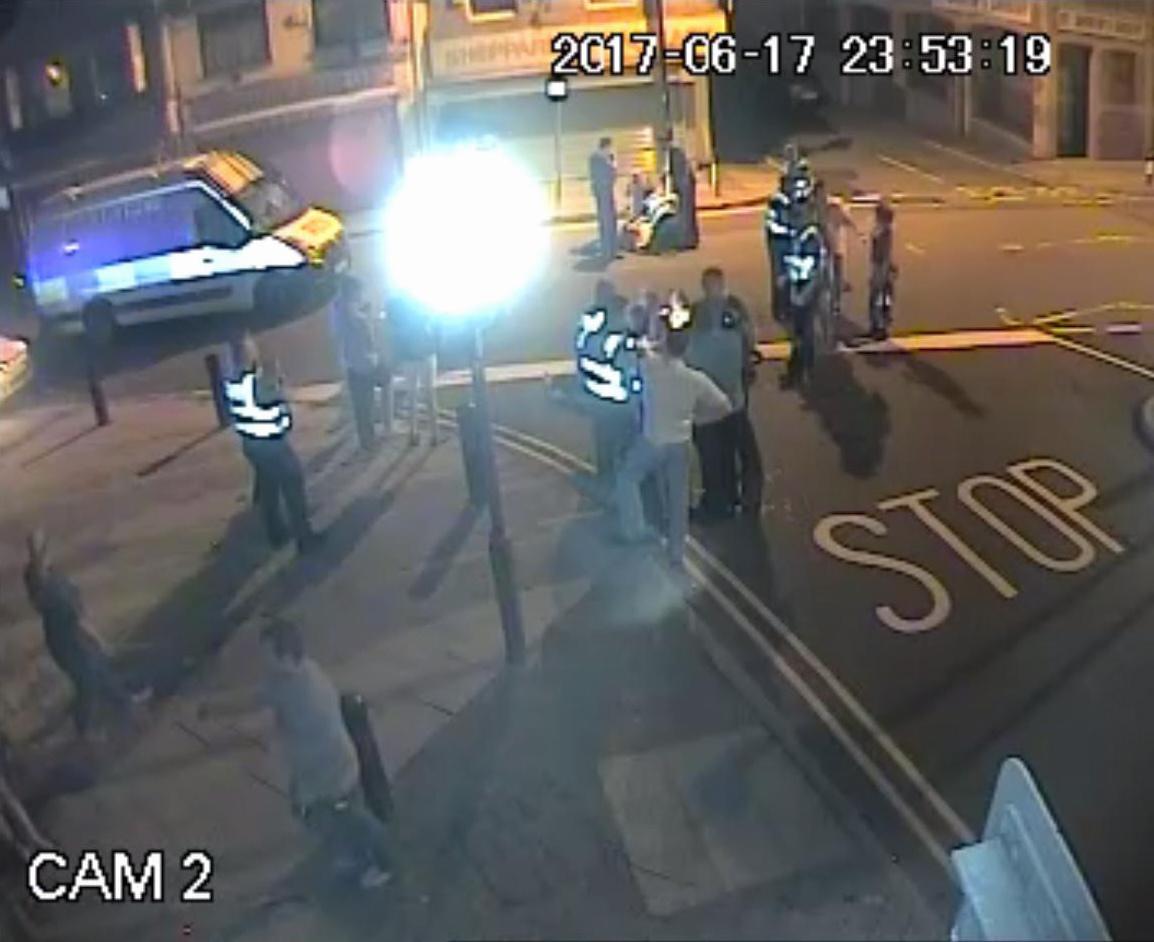 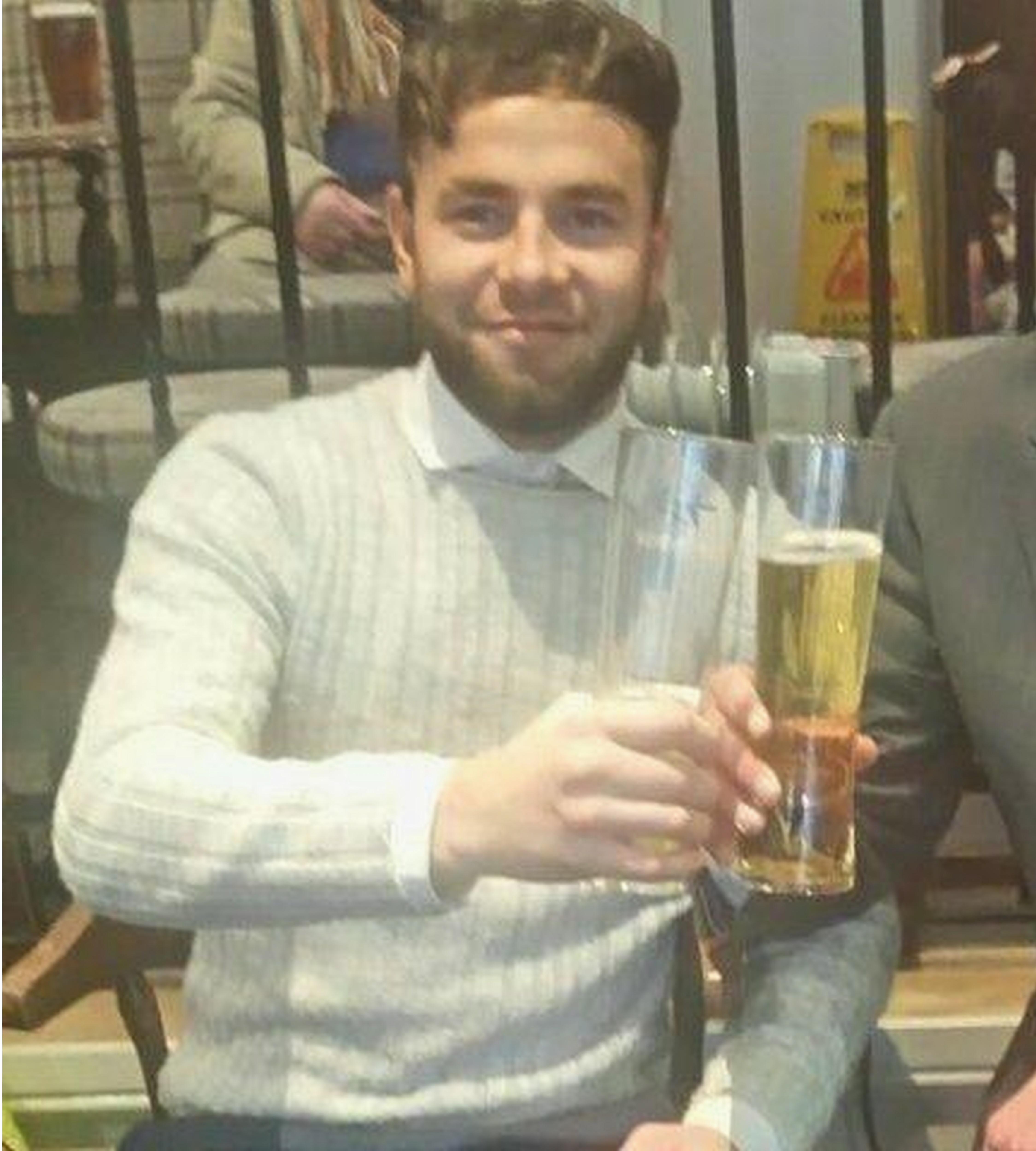 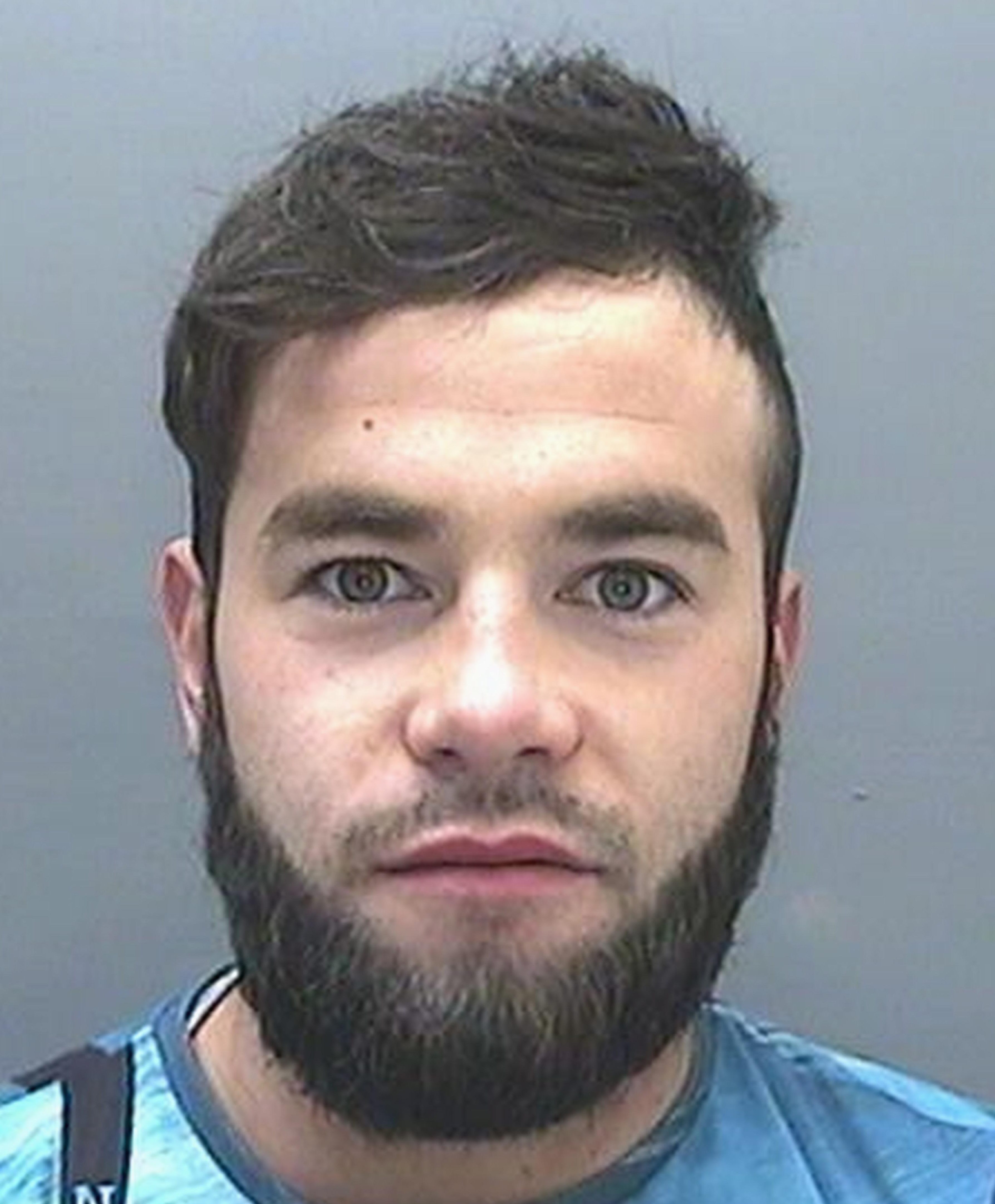 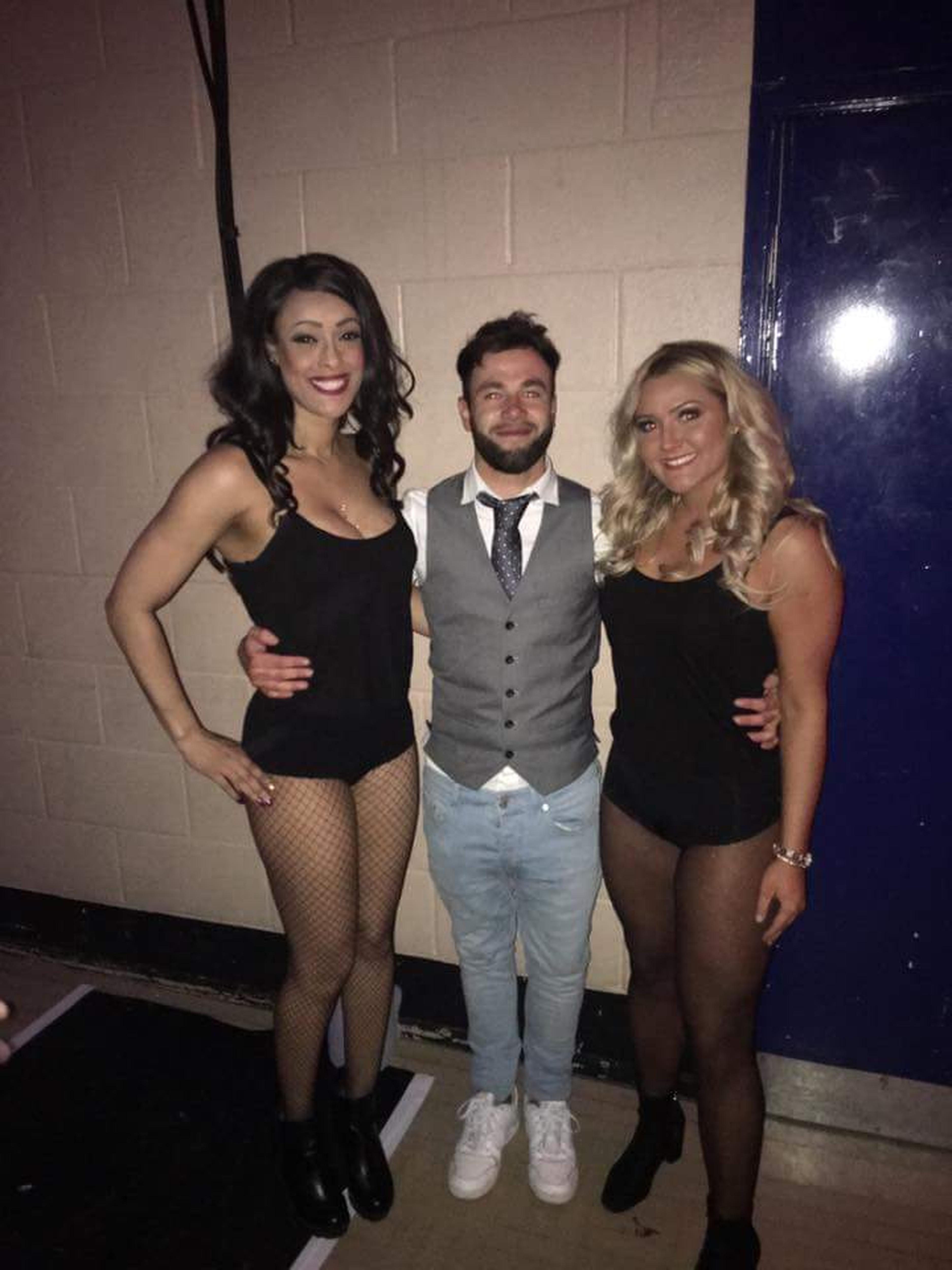 Morgan sobbed in the dock as he was jailed for three years after admitting attempting to cause grievous bodily harm with intent.

Merthyr Tydfil Crown Court heard he had a “poor record” for offences of violence including a street attack just months before the wedding day.

Nicholas Gedge, defending, told the court: “He has shown genuine remorse for the shame he has brought upon himself and his family.

“He is very keen to get away from the macho culture that some view as the way to live in the area where he lives.”

Morgan, of Tonypandy, broke down in tears again as he waved to his parents in the public gallery before being led to the cells.

The bride and groom didn't want to talk about their wedding reception.

A friend of the couple said: “They’ve put it behind them, they don’t want to say anything.”