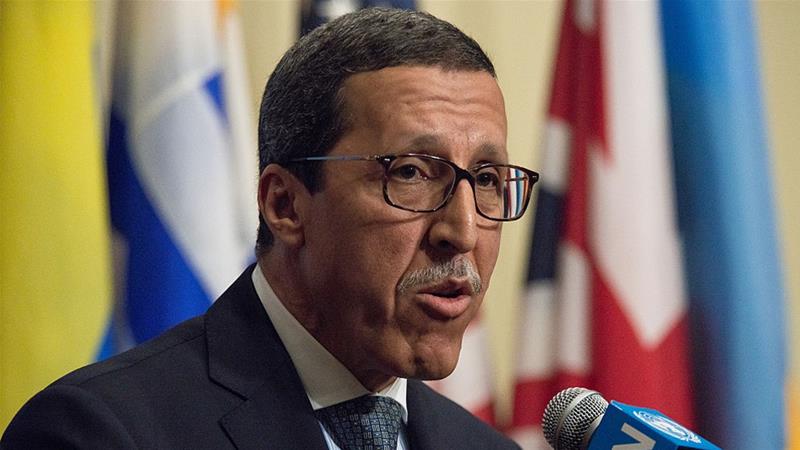 Morocco’s ambassador to the UN has complained to the Security Council after the Polisario Front separatist movement sent some of its fighters to UN-monitored buffer zones in Morocco’s contested Western Sahara region.

Omar Hilale said on Sunday that the Algerian-backed Polisario Front, which fought a guerrilla war against Morocco until 1991, deployed some of its fighters to Western Sahara’s Al Mahbes area where they “set up tents, dug a ditch and built constructions using sandbags”.

The ambassador said that the fighters left Algeria’s Tindouf camps on “military vehicles”, and warned that their actions “constituted a casus belli [justification for war].”

“Morocco, which has so far shown restraint and a high sense of responsibility at the request of the UN secretary-general, will not stand idly by the deterioration of the situation on the ground,” he said.

“The other parties will, then, have to take full responsibility for the consequences that will result from their actions.”

Moroccan Foreign Minister Nasser Bourita echoed Hilale, calling the Polisario’s decision to send some of its members to UN-controlled areas of Bir Lehlou and Tifarit a “provocation”.

Bourita has warned that if the UN does not interject, Morocco will have to “act out its responsibility and intervene.”

Mhamed Khaddad, the Polisario’s coordinator with the UN, denounced the Moroccan statements as an “attempt to disavow the peace process.”

“We condemn this flight forward and will respond to any breach of the ceasefire.”

The UN is preparing a report this week on whether to extend its 27-year-old peacekeeping mission for Western Sahara, a territory that is about the size of New Zealand, claimed by both Morocco and the Polisario.

UN efforts have repeatedly failed to broker a settlement over the disputed territory which the Polisario says belongs to the Sahrawi people.

Morocco, which controls 90 percent of the territory including its three main towns, insists it is an integral part of the kingdom and that only autonomy is on the table.

However, the Polisario demands a referendum on self-determination.