A mother has been arrested after she crashed her car into the lobby of a San Pedro police station in the early hours of Saturday morning – with her baby in the back seat.

The woman, who has not yet been named by police, was captured on CCTV smashing through the glass doors of the Harbor Area station at 4am, right up to the front desk.

The car remains stationary for a few moments in the footage, until an officer emerges into to shot to investigate the commotion.

The pair engage in a several minute long conversation, before other officers arrive and the woman attempts to flee by backing-up out of the station. 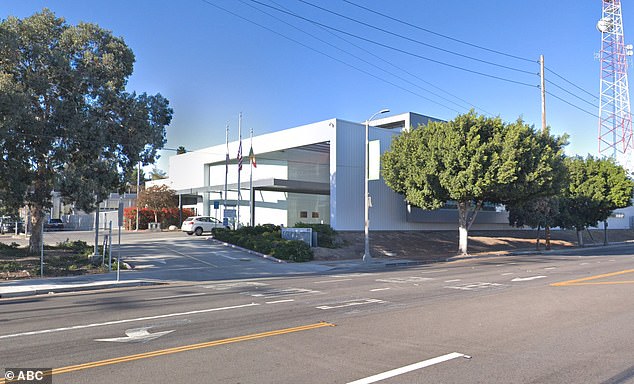 The lobby of the station in Harbor Area, San Pedro (pictured) was closed at the time of the impact and no officers were hurt 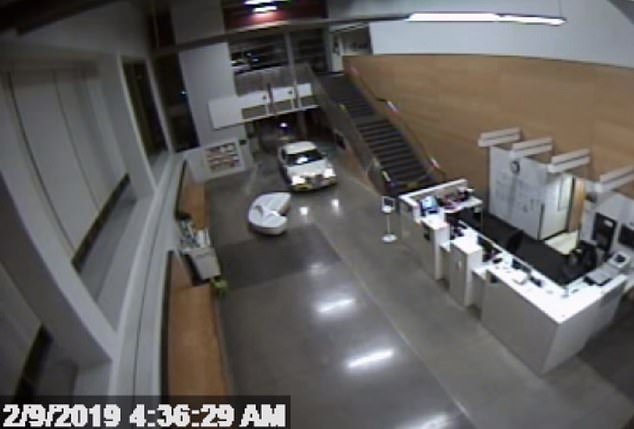 A police report revealed the woman had an infant strapped in the back seat of the car. They also say they aren’t sure whether the crash was intentional

Knocking over a table on her way out, the driver smashes back through the front doors.

Officer’s say the woman’s car then became trapped between a metal barrier and a wall, and she was taken into custody.

Thankfully, the lobby was closed at the time of impact and nobody was hurt in the incident.

A police report revealed the woman had an infant strapped in the back seat of the car.

They also say the woman would’ve had to have maneuvered around a metal barricade before blasting through the doors.

‘Officers took the woman into custody and are trying to learn what her intentions were to determine what if any charges need to be filed,’ the police department said in a statement. 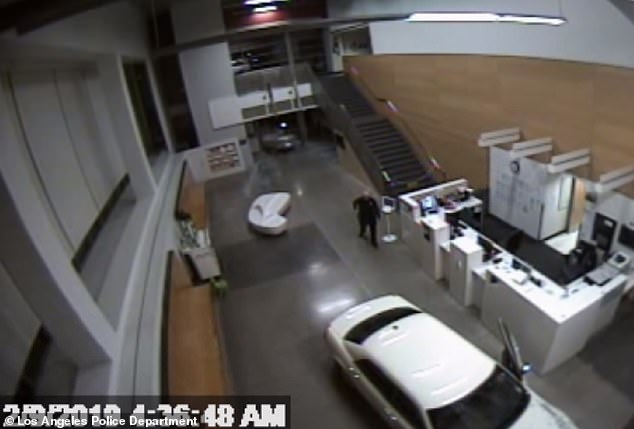 The woman continued down the station’s hallway until coming to a stop at the front desk. An officer emerged to investigate the commotion 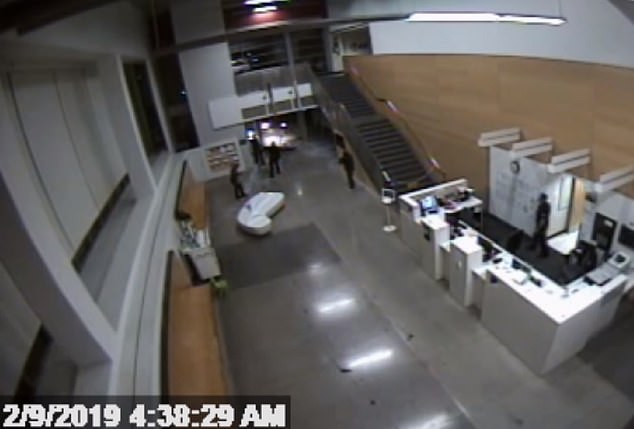 When other officers arrived, the woman attempted to flee the scene 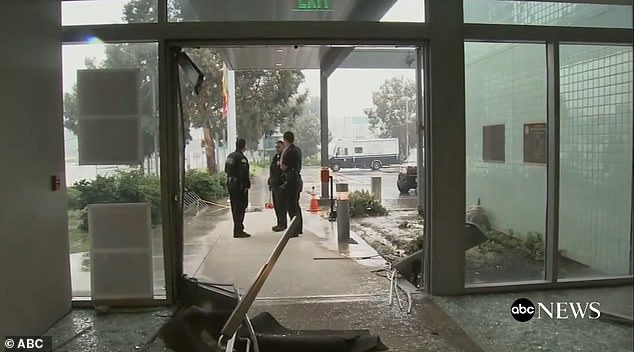 Officers say the woman would’ve had to have maneuvered around a metal barrier to smash through the doors. They aren’t sure whether the crash was intentional 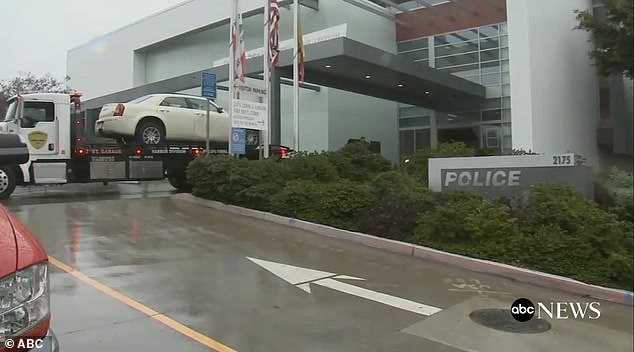 The woman was apprehended after she tried to back out of the station and crashed into a barrier. She hasn’t yet been named or charged

The woman and baby were taken to the hospital to for evaluation, but suffered no serious injuries.

Police say they think the woman was driving under the influence, though they aren’t yet sure if she drove into the station intentionally.

No charges have been brought against the woman and her name has not been disclosed.