Mother, 28, who had to give birth to her dead baby after her bump took the impact in a horror car crash says the ‘guardian angel’ child saved her life

A pregnant woman who was forced to give birth to her dead baby after a lorry driver smashed into her says her ‘guardian angel’ daughter saved her life.

Nursery worker Louise Abbott, 28, was 25 weeks pregnant when a ‘suicidal’ lorry driver veered across the road and ploughed into her car near Cambridge in October 2016.

Doctors told Louise that the unborn child saved her from suffering fatal injuries due to the baby bump taking the impact. 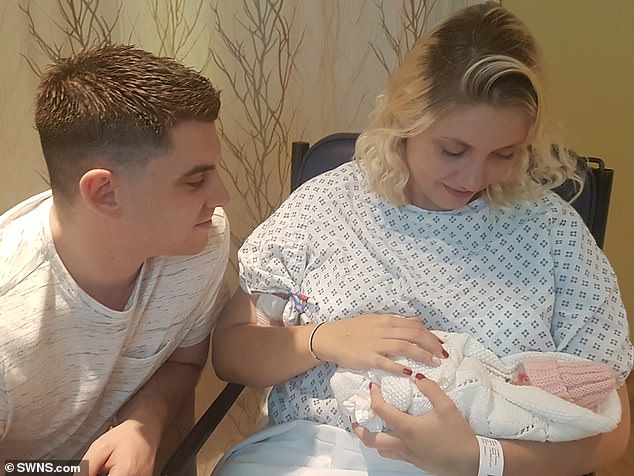 Louise Abbott with baby Avery, who Louise gave birth to after losing her first born in tragic circumstances

However, baby Layla died in the impact from a fractured skull and traumatised Louise had to give birth to her because her own injuries prevent a cesarean.

Following the collision Louise and her husband, Laurence, 30, instructed expert serious injury lawyers at Irwin Mitchell to help support them and overcome the trauma. 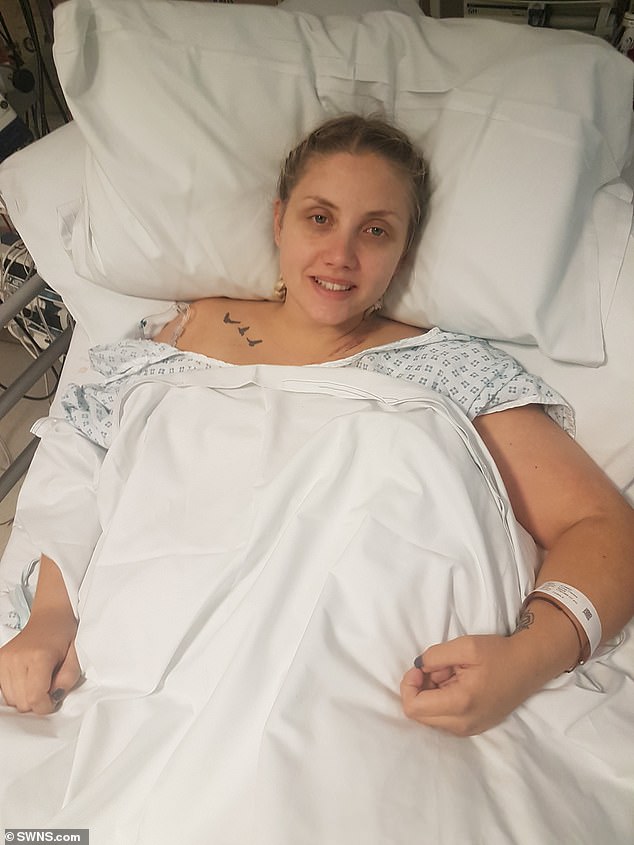 Louise Abbott in hospital after the crash. The mother-to-be suffered serious internal injuries and was later forced to deliver Layla after she died in the impact from a fractured skull in October 2016

Louise has now received an undisclosed settlement from insurance to pay for the specialist therapies and support she is continuing to receive following her ordeal.

Louise, of Finchingfield, near Braintree, Essex, said: ‘The crash, finding out Layla had died and then giving birth to her is something that will stay with me for the rest of my life.

‘It is almost impossible to put into words the effect it has had on me and Laurence.

‘We go through a full mix of emotions each day knowing that Layla should still be part of our family and thinking what if, even though the events were clearly out of our control.’

Doctors previously told her that she may never had children because of one of her ovaries ‘had been rendered useless’ as a result of her injuries.

However, she gave birth to a healthy daughter Avery by C-section last year in September.

Louise adds: ‘At first we felt guilty because of Layla but Avery was not a replacement for Layla.

‘Layla will also be part of our family. Avery will know all about her big sister but we will always be sad that they never got to meet each other and grow up with one another, forming the bonds and friendships sisters should.

Speaking previously, Louise said: ‘Our baby (Layla) had little nails and hair and she was fully formed, fully developed, ready to be born the next day.

‘But now, we know that without I might not be alive had it not been for the accident- and little Avery wouldn’t have been born, and I wouldn’t be here to have more children in the future. 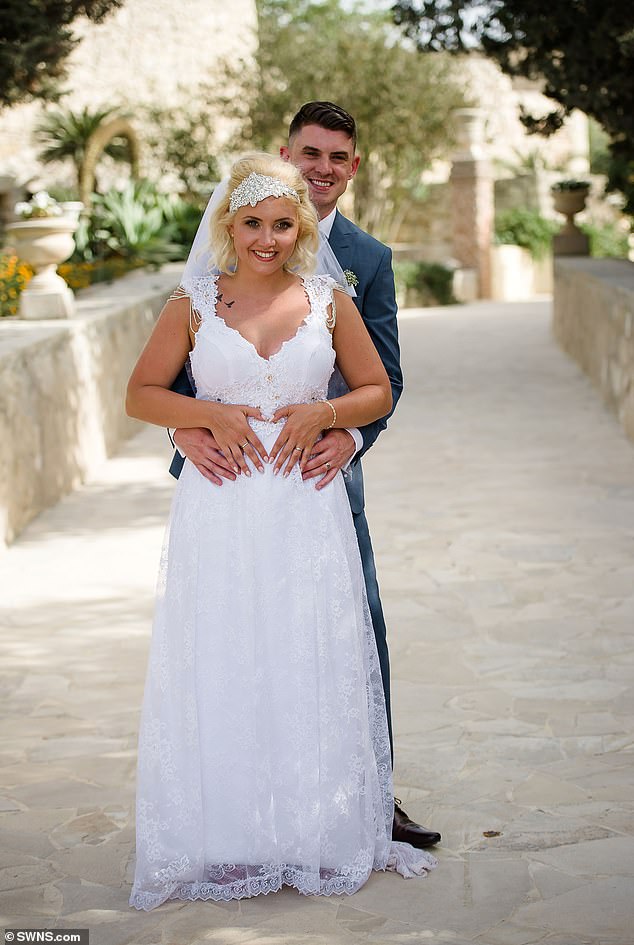 Louise and Laurence Abbott, from Braintree, Essex, pictured on their wedding day. Louise has now received an undisclosed settlement from insurance to pay for the specialist therapies and support she is continuing to receive following the crash

‘Because of the extra blood I had in me due to my pregnancy, and because Layla cushioned the bump, I wouldn’t have lived had it not been for her.

‘I will never forget those words, ‘I’m sorry, your baby has died’.

‘It’s bittersweet. We’ve bought a special book to give to Avery, when she’s old enough to understand that she once had a big sister, who just had to go to another place.’

Tracey Storey, Partner and specialist serious injury lawyer at Irwin Mitchell representing the family, said: ‘It may have been two years since Layla’s death but the pain and loss that Louise and Laurence continue to experience is still understandably extremely raw.

‘While no amount of money will ever make up for what has happened, we are pleased that Louise has been able to access the support she needs so she, Laurence and their family can try and look to the future the best they can while never forgetting Layla.

‘We would like to thank the insurers for the compassion and empathy they have shown all along in wanting to support the family.

‘Baby Loss Awareness Week is an important time for reflection but also to promote the help available to families who have suffered the heartbreak of losing a child regardless of the circumstances.

‘Layla’s death also vividly highlights the need for drivers to take care at all times so other innocent road users don’t have to suffer like Louise and Laurence have.’

Louise previously added: ‘We’re looking forward to the future with our beautiful baby girl, and we will always remember our little Layla in the future.’

Margolis, from Wandsworth, London, was also banned from driving for three years upon his release from jail.

The couple, of Essex, joined their legal team at Irwin Mitchell in using Baby Loss Awareness Week – which lasts from the 9 October to 15 October – to speak out about the support available to other families who have experienced the heartbreak of losing a child.