Mother-of-two, 44, jumped 250ft to her death from a luxury apartment block after she and her husband moved to China for a new life

A British industrialist’s wife jumped 250 feet to her death from the balcony of their luxury apartment block after they began a new life in China to expand his recruitment business.

Mother of two Gill Smith, 44, had appeared to be happy after setting up home in a wealthy part of Shanghai with managing director husband Peter and their young sons.

According to her inquest, Mrs Smith’s family were unaware she had ‘got herself in a hole’ after she encountered a problem which she thought she was unable to resolve and kept it to herself. 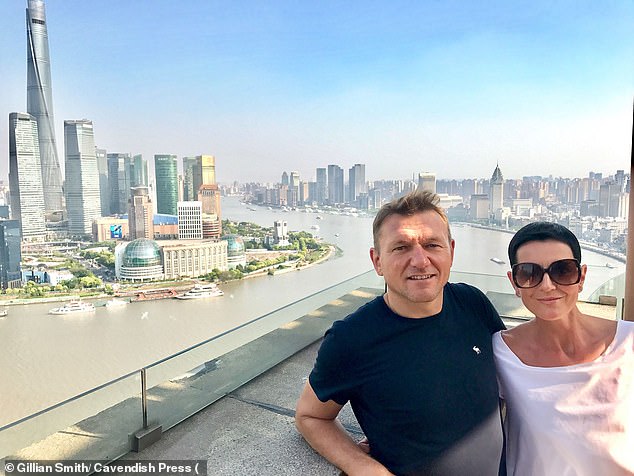 Gillian Smith, pictured with her husband Peter jumped to her death from the balcony of their riverside apartment complex in Shanghai in July 5, 2019 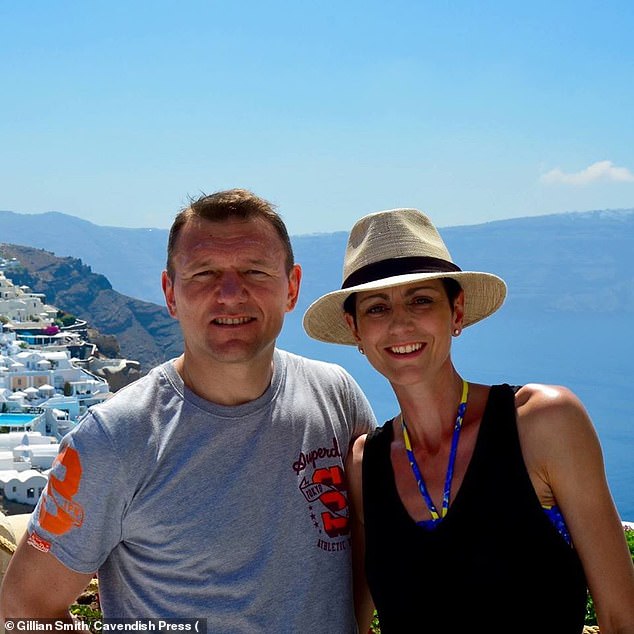 Mr Smith, pictured with his wife, told her inquest that she had been ‘in a bit of a hole’ in the weeks before her death 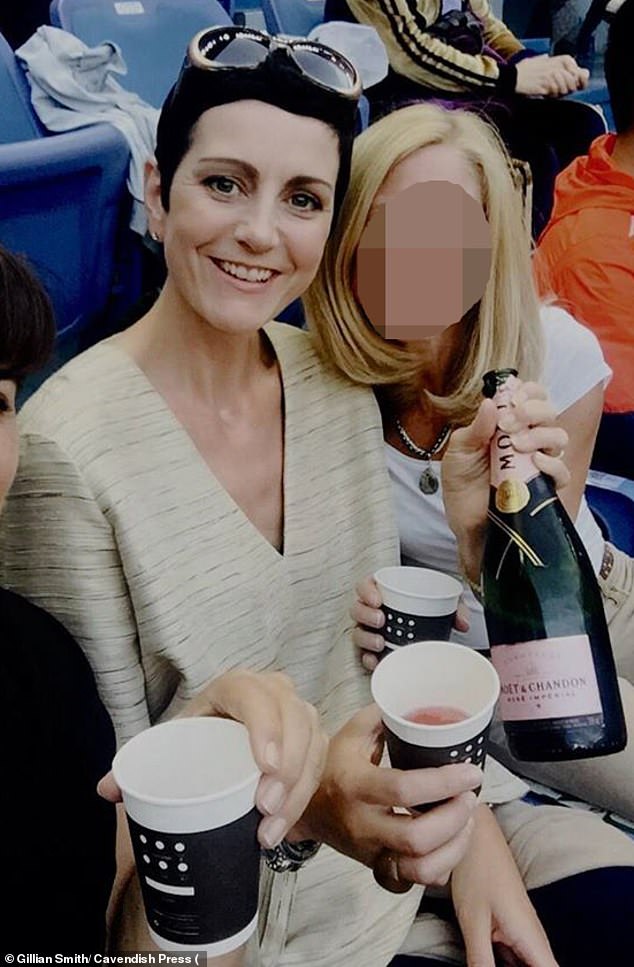 Mrs Smith, who was originally from Stockport, Greater Manchester had been unable to get out of bed in the weeks before her suicide

On July 5 last year Mrs Smith, formerly of Bramhall, near Stockport, Greater Manchester, fell 38 floors from the family home near the Huangpu River after sending her sons to have lunch with their father.

She suffered multiple injuries and was found in the grounds of the apartment complex in the Weifang Xincun area of the city.

Inquiries found the apartment had waist high metal and glass panels surrounding the edges and Mrs Smith would have required her to use a stool in order to step over them.

The hearing in Stockport was told Mrs Smith had moved to Shanghai along with her husband and two sons but had seemed quiet in the weeks before her death – some days being unable to get out of bed.

The family were due to fly out to Spain to start the beginning of the children’s summer holiday along a trip back to the UK to visit family. 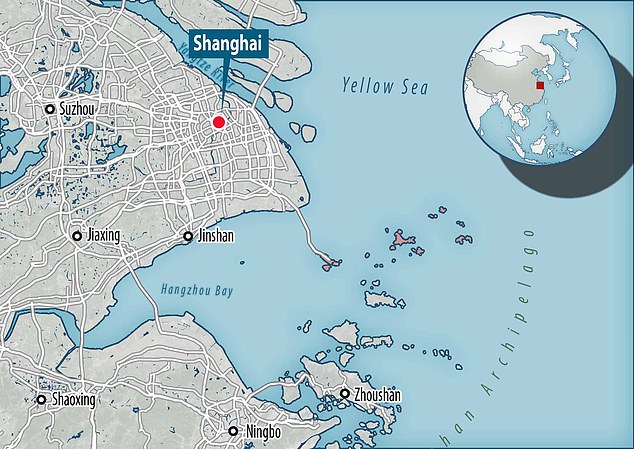 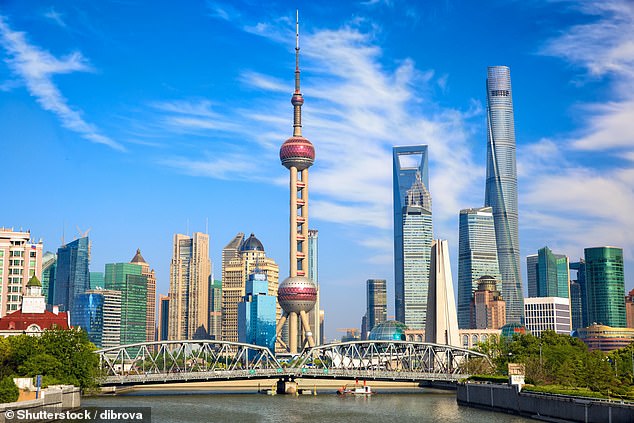 ‘I did specifically ask her three times what was wrong and I sat with her and asked what’s going on, it’s not right. And she said nothing was going on.

‘We were due to go on holiday five days later. We were all due to come back to the UK and Gill would normally come back for about five to six weeks between the UK and a summer holiday in France. But this year we were going to Spain for 10 days and then France.

‘My last conversation was over the phone she phoned to say I have just put the boys in a car and they will be with you in 20 minutes. When it was the school holidays they would come and see me and we would got something to eat as I did a lot of travelling.

‘A meal had been arranged earlier in the week and at one point Gill was going to come. I didn’t notice anything unusual. I know on the Monday she had stayed in bed all day. I had gone to work and she was in bed and I came back and she said she didn’t feel up for getting up and wanted to watch TV.’

Recalling the day of the tragedy he added: ‘As we finished lunch and were coming down in the elevator, as we came out a text message came through and and as soon as I got that message we set off back home.

‘I phoned my PA to try phone the building and get someone to get up to the apartment and phoned my friends wife. My friend’s wife was sat with Gill and my PA phoned me really upset and saying she was so sorry.

‘Gill had never talked about doing anything like this before, but weirdly enough there had been a few suicides in Shanghai over the last year and it had been a topic of conversation at a BBQ we were at four weeks before.

‘She just got herself into a hole and I don’t think she meant it. I think it was just a moment of madness.’

After the tragedy unfolded police found Mrs Smith’s phone and a note with passcodes written down. Leading them to uncover a draft email that had been saved explaining her reasons and how she was sorry. 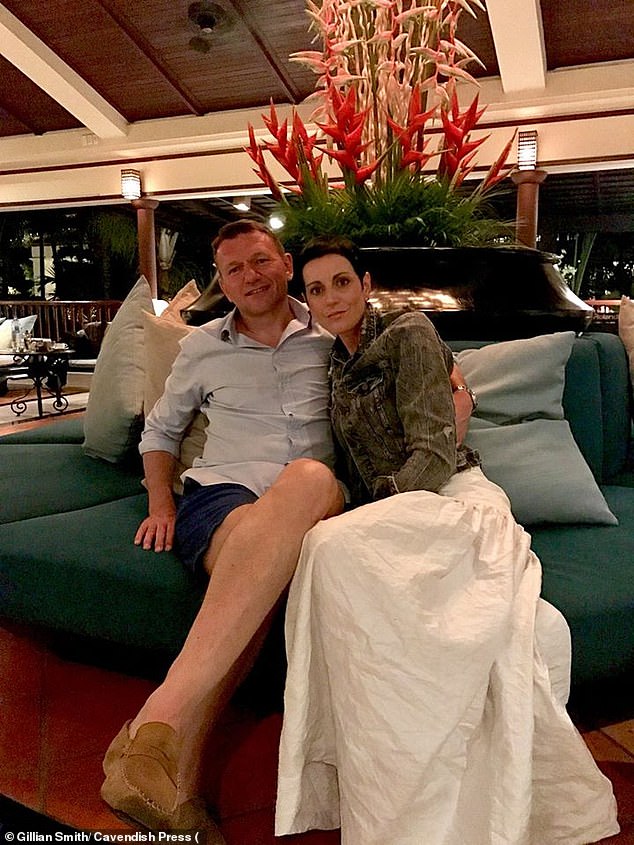 Mr Smith said following his wife’s death he found her mobile phone and some pass codes. On the phone there was a note explaining all of her actions 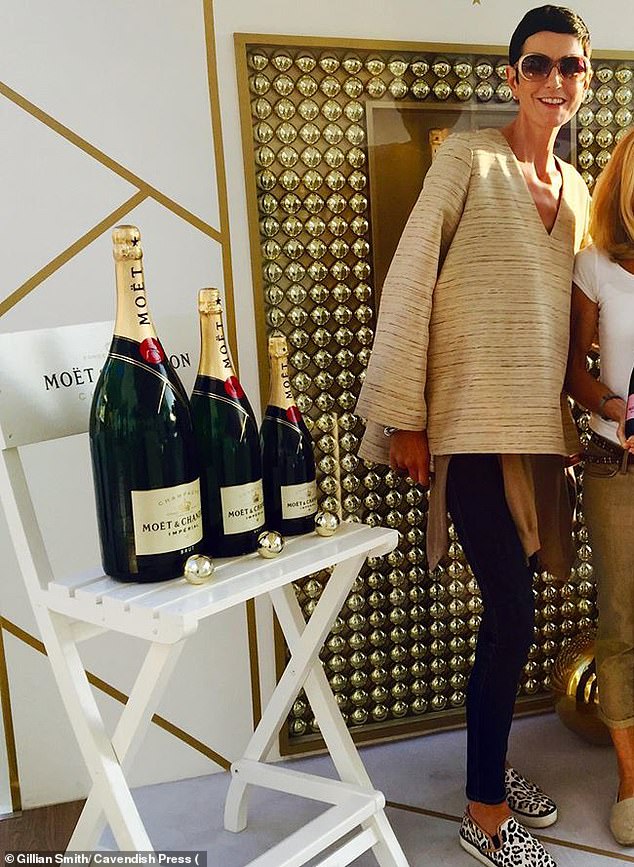 Coroner Alison Mutch said: ‘It’s difficult to understand what was going through her mind at the time, she clearly didn’t want to talk about it. Clear from the notes that where recovered that she felt she was in a situation that for reasons not entirely clear, felt was not resolvable’

Police coroners officer Colin Price, told the hearing: ‘She had left the access codes to her phone so that somebody could look at the phone and the draft email on the phone. And would appear the underlying theme of what she was saying was that she was sorry.’

Recording a conclusion of suicide due to multiple injuries caused by her fall, Coroner Alison Mutch, said: ‘Cleary Mrs Smith along with her family lead a very happy life in China where they where living at the time. And that they had a very close family with two children that she clearly thought the world of.

‘Clear from the all the messages I have seen that her family where a huge part of her life and she cared immensely for her family.

‘It’s clear on the evidence before this court that in the short time proceeding her death she had become quite distressed and quieter than usual.

‘It’s difficult to understand what was going through her mind at the time, she clearly didn’t want to talk about it. Clear from the notes that where recovered that she felt she was in a situation that for reasons not entirely clear, felt was not resolvable.

‘But of course we know her family who are clearly devoted and supportive had they known would have done everything they could to help understand the situation that was more than resolvable.

‘Given how close she was to her family and incredibly supportive was one of the tragic features of this particular case that she didn’t speak to any of her family about what was in her mind at the time.

‘I extend my condolences to all of you for the loss of somebody you all cared immensely about, I’m very sorry you have lost her from your lives.’

For confidential support in the UK call the Samaritans on 116123, visit a local Samaritans branch or click here for details